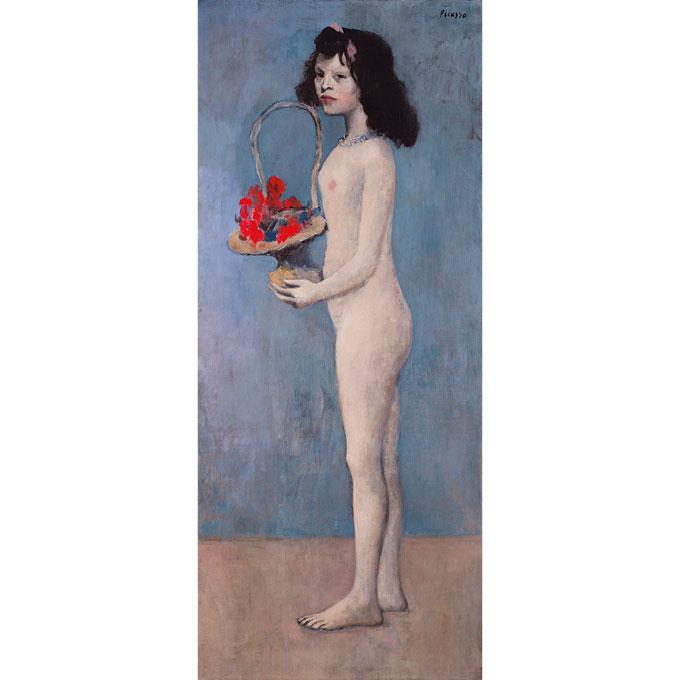 “Eventually all these objects which have brought so much pleasure to Peggy and me will go out into the world and will again be available to other caretakers who, hopefully, will derive the same satisfaction and joy from them as we have over these past several decades.”

New York – Christie’s announces the first highlights from the collection of Peggy and David Rockefeller to be unveiled in Hong Kong on November 24, which marks the start of a global tour of collection highlights presented by private aviation company VistaJet. The collection will be offered for sale at Christie’s Rockefeller Center Galleries in New York in the Spring of 2018.  The collection sale will be the most significant philanthropic auction ever presented, with all the Estate sale proceeds destined to benefit selected charities. The first highlights include masterpieces of Impressionist and Modern Art, including a Rose Period Picasso selected by Peggy and David Rockefeller from Gertrude Stein’s collection (estimate in the region of $70 million), Claude Monet’s Nymphéas en fleur, painted circa 1914-1917 (estimate in the region of $35 million), and a sumptuous 1923 reclining nude by Matisse that is poised to reset the artist’s record high price at auction (estimate in the region of $50 million).

The Hong Kong exhibition (November 24-27) will be followed by global tours to Christie’s flagship locations in London, Los Angeles and New York, revealing new facets of this multi-category collection with each stop.  A robust program of client events including art forums and lecture series will coincide with public exhibitions at each location.

Marc Porter, Christie’s Chairman, Americas, remarks: “We are delighted to share this first exhibition which is designed to re-introduce these masterpieces to the world after generations of care and stewardship by the Rockefeller family. Our decision to begin the tour in Asia is in keeping with the Rockefeller family’s long commitment and philanthropic ties to the region, dating to John D. Rockefeller, Sr.’s first charitable gift to China in 1863. We look forward to sharing additional highlights of the collection as we proceed with the tour, leading to sales in New York next spring on behalf of the selected charities.”

The spring sales series in New York includes live and online sales. The online sales, which will run concurrently with the live auctions, will offer a selection of accessibly priced objects with estimates starting at $200. Reflecting motifs that run throughout the collection, the online sales will be themed to include Dining; Birds; Bugs and Beasts; Japan; Porcelain: Figurines and Serviceware; At Home: Town; At Home: Country and Jewels.

The sales will be conducted in keeping with David Rockefeller’s pledge to direct the majority of his wealth to philanthropy and provide for the cultural, educational, medical, and environmental causes long supported by both David and Peggy Rockefeller. All the Estate proceeds will be donated to Peggy and David Rockefeller’s charities of choice, directly benefiting the philanthropic missions that have been maintained by the family for decades.

A Rose Period masterpiece, executed in 1905, Fillette à la corbeille fleurie is a highlight of the collection (estimate in the region of $70 million). Rich in pathos in its depiction of bohemian life at the turn of the 20th century, this rare work is a technical tour de force of draftsmanship and atmosphere. The painting maintains a storied provenance; it was acquired in 1905 by brother and sister, Leo and Gertrude Stein, and passed to Alice B. Toklas upon Gertrude’s death in 1946, where it remained throughout Alice’s lifetime for another 21 years. In 1968, David Rockefeller formed a group of important art collectors to acquire the renowned collection of Gertrude Stein. Drawing slips of numbered paper from a felt hat, David Rockefeller drew the first pick in the syndicate, and he and Peggy were able to acquire their first choice of the Young Girl with a Flower Basket, and placed it in the library of their 65th Street New York townhouse.

Monet’s beloved garden of Giverny was a source of unending inspiration. Nymphéas en fleur is among the largest scale, most brilliantly colored, and vigorously worked canvases that the artist executed – a glorious tribute to the natural world (estimate in the region of $35 million). This work belongs to a group of paintings Monet painted in a burst of untrammeled creativity between 1914 and 1917, as Europe plunged into the chaos of war. Upon the recommendation of Alfred Barr, the first director of the Museum of Modern Art, Peggy and David Rockefeller visited the Parisian dealer Katia Granoff and purchased the present painting in 1956. “One, which was almost certainly painted in the late afternoon and in which the water is a dark purple and the lilies stand out a glowing white, we bought immediately,” David Rockefeller recalled in Memoirs.

Leading the Chinese works of art from the collection is a magnificent gilt-bronze figure of Amitayus made in the Imperial workshops by order of the Kangxi Emperor (reigned 1662-1722) (estimate: $400,000-600,000). In Chinese Buddhism, Amitayus is revered as the god of long-life, and it is likely this bronze was commissioned as a birthday gift for a member of the Imperial family. The Kangxi Emperor was a devout Buddhist, especially later in his life, and lavished patronage on Buddhist institutions. The substantial size and weight of this sculpture, and the fact that it was one of a celebrated group of such figures, means that a significant amount of material, both bronze and gold, was used in its creation.

Another important Chinese work is an Imperial blue and white ‘dragon’ bowl, Xuande six-character mark in underglaze blue within a double circle and of the period (1426-1435) (estimate: $100,000-150,000). Two exuberantly painted five-clawed dragons, symbols of Imperial authority, writhe around the sides of the bowl in pursuit of flaming pearls, while a third dragon appears within a circular medallion on the interior. Close inspection of the interior sides of the bowl reveals additional dragons rendered in a special technique known as anhua (‘hidden decoration’). Combining superb painting and well-balanced composition, the blue and white porcelains produced during the reign of the Xuande Emperor are considered amongst the finest porcelains ever produced. An almost identical bowl, but with a cloud motif on the interior rather than a dragon, resides in the National Palace Museum, Taipei.

The selection of pieces from the Sèvres porcelain ‘Marly Rouge’ dessert service made for Emperor Napoleon I of France are among the works in the collection with important provenance (estimate: $150,000-250,000). Described in the factory’s records as à fond rouge, papillons et fleurs (red ground with butterflies and flowers), this dessert service was originally ordered by Napoleon for the palace in Compiègne.  However, records show its delivery on 7, 8 and 18 October 1809 to the palace of Fontainbleau. It was to Fontainbleau that Napoleon retreated for a respite after the grueling negotiations of the Treaty of Vienna, the signing of which at Schönbrunn Palace on 14 October 1809 ended hostilities between France and Austria.  During this month-long stay outside Paris at his favorite country retreat, Napoleon broke the news to his empress, Josephine de Beauharnais, that he was divorcing her, as she had been unable to give him a son. Despite or perhaps because of its association with Josephine, the ‘Marly Rouge’ service, was part of the household effects Napoleon brought with him into exile on the island of Elba only five years later. Today, only one dolphin-footed compote and six plates remain at Fontainbleau, all recent acquisitions.  Although plates have appeared on the art market in recent years, the portion of the service to be offered in the Rockefeller collection includes important pieces of form from the original delivery not seen on the art market since Abby Aldrich Rockefeller acquired the part-service over seventy-five years ago.

Several generations of the Rockefeller family collected Chinese export porcelain with this richly enameled decoration, which came to be known as ‘Rockefeller pattern’. Each piece in the pattern is carefully painted with a beautifully detailed and completely unique Chinese scene contained within sepia and gilt patterned borders.  It was the most elaborate pattern made in the last great era of the China Trade, produced as just a few enormous dinner services for the most important China Traders of the day.  John D. Rockefeller, Jr (1874-1960) and his wife Abigail Aldrich Rockefeller (1874-1948), were great lovers of Chinese porcelain and owned a large service in the pattern. Their sons Nelson and David both continued to enjoy the ‘Rockefeller’ porcelain; David and Peggy Rockefeller acquired additional pieces to add to it, and used it for large dinner parties in their Manhattan townhouse.

Sale dates and tour dates for London and Los Angeles will be announced early in 2018.