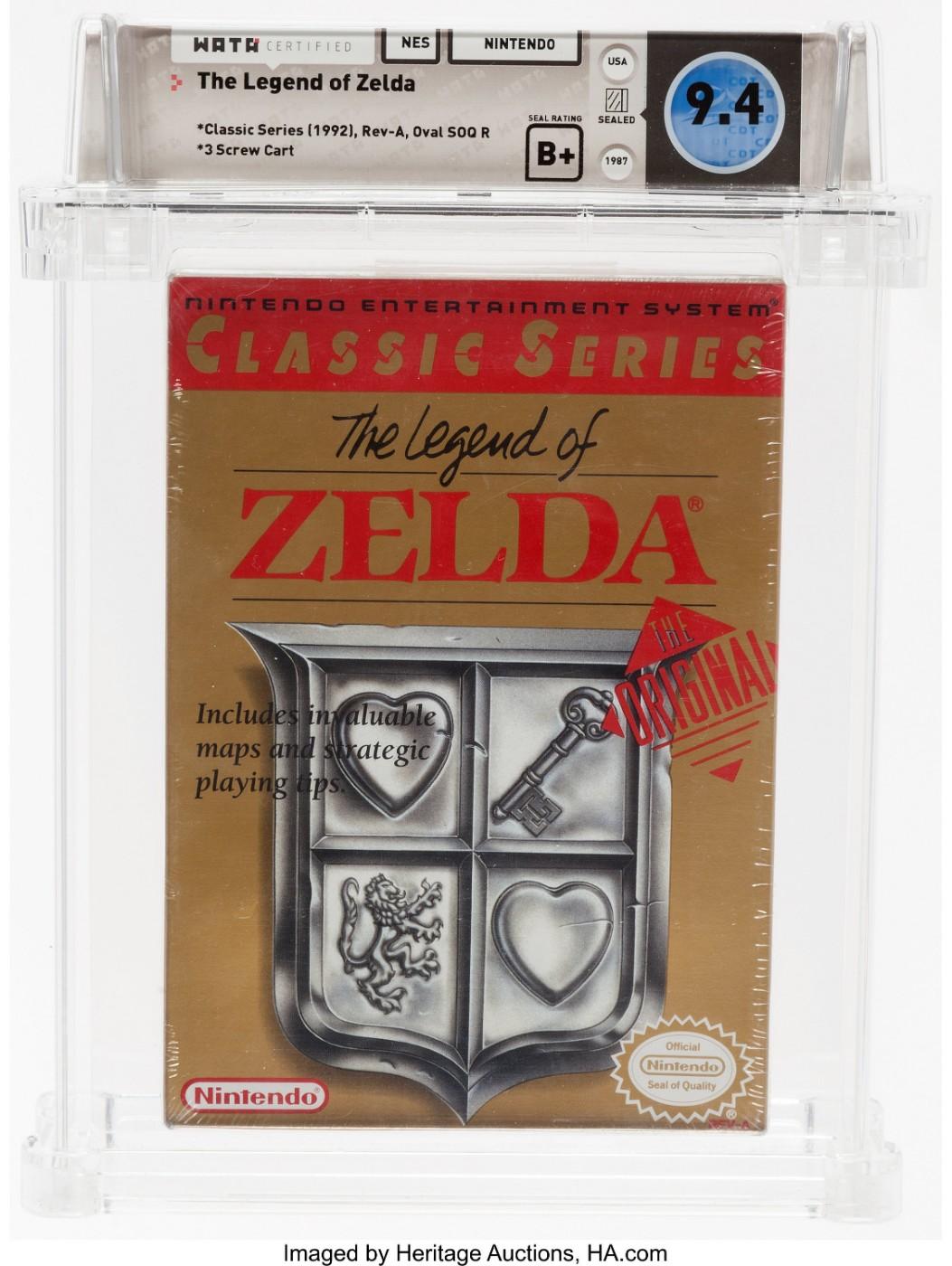 Competitive bidding drives the original release of The Legend of Zelda to $3,360

DALLAS, Texas – Heritage Auctions took a first step into a new area of collectibles with its offering of 25 certified and graded collectible video games made its debut Jan. 13.

“A lot of collectors are just as passionate about their childhood games, such as their trading cards or comics,” said Heritage Vice President Barry Sandoval, about the results from the Sunday Internet Comics, Animation & Art Auction. “We thought these certified games would do well, and we weren’t disappointed.”

The games are graded, certified and housed in protective cases by Denver-based Wata Games, offering consistency and objectivity that can be achieved only through an independent, third-party grader.

More than 30 collectors pursued The Legend of Zelda (NES, Nintendo, 1987) Wata Games 9.4 B+ (Seal Rating) until it ultimately sold for $3,360 to claim top-lot honors. The Classic Series version marked the last release of the game on the Nintendo Entertainment System. The copy offered here includes the grey, three-screw version of the cartridge. Sealed versions of this NES title are exceptionally difficult to locate, especially in such a high grade.

Excitebike (NES, Nintendo, 1985) Wata Games 8.5 A (Seal Rating) also sparked a flurry of bids from nearly two dozen collectors before drawing $1,140. One of the launch titles for the Nintendo Entertainment System, this copy is a Revision-A game with a round Seal of Quality (SOQ), which indicates it is a later revision of the title. Excitebike was designed by Shigeru Miyamoto, who is known best for creating iconic Nintendo titles like Mario, Donkey Kong and Starfox.

A copy of the first game in the longstanding Dragon Quest series, Dragon Warrior (NES, Nintendo, 1989) Wata Games 8.5 A (Seal Rating) brought $660 from the most eager among 17 bidders. Originally released in Japan as Dragon Quest, it was renamed by Nintendo for release to Western markets. To promote the game, Nintendo of America offered it free to new and renewing subscribers to their Nintendo Power magazine. While not initially a huge success, the Nintendo Power giveaway ensured success for the franchise. This game inspired 10 direct sequels and multiple spinoffs.

“These were just the tip of the iceberg,” Sandoval said. “We’re going to auction more every week, and we have some real rarities on tap for our large February Signature Auction.”