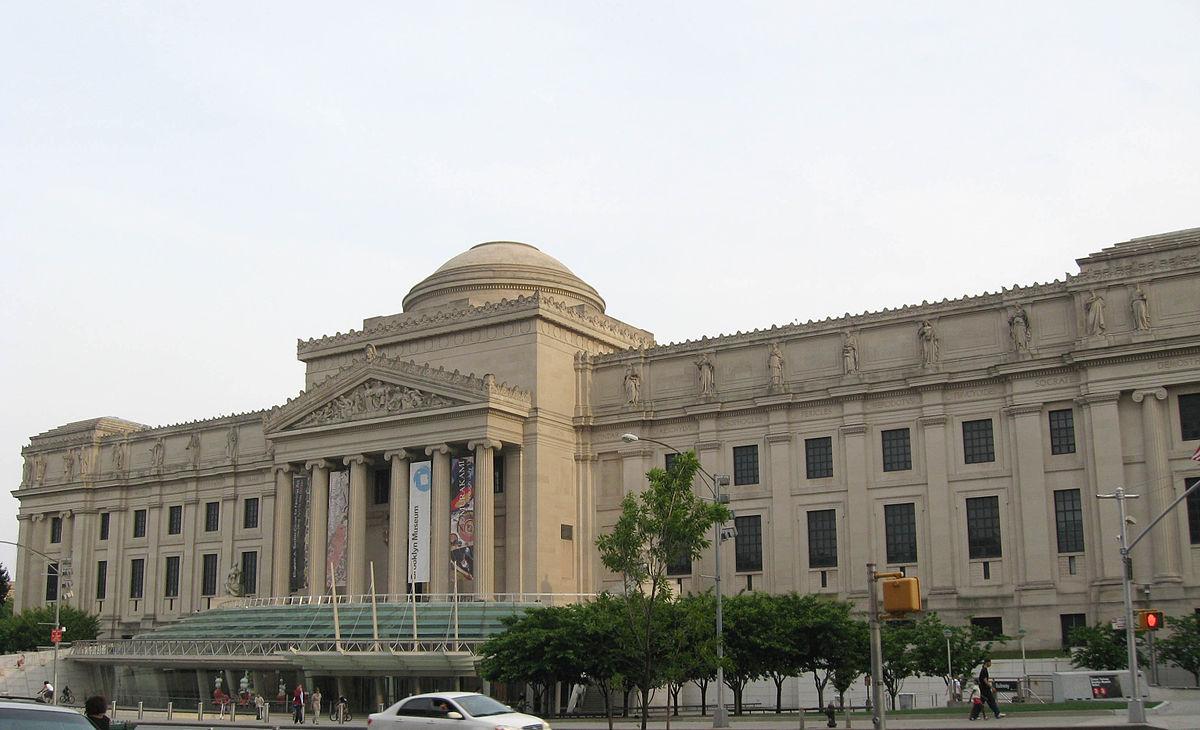 On Tuesday, April 17, the Brooklyn Museum will host the eighth annual Brooklyn Artists Ball, honoring the creative couple Robert Gober and Donald Moffett and celebrating their art and their commitment to each other and to social good.

Known as one of the most fun and glam galas in the art world, the event raises funds for the Brooklyn Museum’s courageous exhibitions and educational and public programs. Guests at this year’s Ball, designed by event guru David Stark, are in for numerous surprises and encouraged to B.Y.O.B. (Bring Your Own Boa). The fun begins at 6:30 pm in the Museum’s glass Rubin Pavilion with cocktails and hors d’oeuvres before shifting to the beautiful Beaux-Arts Court for a seated dinner within an artist-created immersive environment. The event concludes with access to the Museum’s buzzy David Bowie is exhibition, which opened to critical and public acclaim on March 2. And once again, the postdinner Ball Dance Party includes a performance by Swizz Beatz, with DJ Runna and Adrian Younge and featuring special surprise guests, with the full lineup to be announced.

“We are thrilled to celebrate Robert’s and Donald’s contributions to the world. Their talent knows no bounds, nor does their generosity and commitment to social good. Their work and lives are an inspiration,” says Anne Pasternak, the Shelby White and Leon Levy Director of the Brooklyn Museum. “Whether through Gober’s globally heralded, poetic sculptures and installations or Moffett’s luscious, sculptural, and groundbreaking paintings, their works reflect on sex, intimacy, love, longing, alienation, loss, tragedy, and injustice. And both have been committed to supporting many causes, from Bob’s involvement in ACT UP to Don’s role as a founder of Gran Fury, as well as their philanthropic efforts in support of reproductive rights and social justice.”

About the Honorees
Robert Gober (b. 1954) studied English literature and art at Middlebury College in Vermont and the Tyler School of Art in Rome. He moved to New York in 1976. Gober began showing his artwork regularly in 1984, the same year that he started volunteering with the Gay Men’s Health Crisis. He began curating exhibitions in 1986, joined ACT UP (AIDS Coalition to Unleash Power) in 1987, and helped to organize ACT UP’s first major fundraiser in 1990, the ACT UP Auction for Action. He has had numerous one-person exhibitions nationally and internationally, notably at the Dia Center for the Arts in New York, the Museum of Contemporary Art in Los Angeles, Walker Art Center in Minneapolis, and Museum of Modern Art in New York. He represented the United States at the Venice Biennale in 2001. Gober’s curatorial projects have been shown at the Institute of Contemporary Art, Boston; Menil Collection, Houston; Hammer Museum, Los Angeles; and Whitney Museum of American Art, New York. Two installations of his are on permanent display, one at the Schaulager, Basel, and three stories within the Haunted House at the Fondazione Prada, Milan. In autumn 2016, new sculptures by Gober were included in the Artangel project Inside: Artists and Writers in Reading Prison. Since the mid-1990s, he has served on several nonprofit boards, including the Hetrick-Martin Institute, Skowhegan School of Painting and Sculpture, and Foundation for Contemporary Arts. He received the Larry Aldrich Foundation Award in 1996, the Skowhegan Medal for Sculpture in 1999, and the Archives of American Art Medal in 2015. He is a member of the American Academy of Arts and Letters, as well as a fellow of the American Academy of Arts and Sciences.

Donald Moffett (b. 1955) moved to New York in 1978 after graduating from Trinity University in San Antonio with degrees in art and biology. He emerged as both an artist and an activist in the 1980s, participating in ACT UP (AIDS Coalition to Unleash Power) and as a founding member of Gran Fury (a small collective self-described as a “band of individuals united in anger and dedicated to exploiting the power of art to end the AIDS crisis”). Gran Fury received an Honorary Doctorate in Fine Arts from Massachusetts College of Art and Design in 2011. From 1989 to 2001, Moffett and fellow Gran Fury member and artist Marlene McCarty founded and ran Bureau, a design company focused fundamentally on the graphic and communication needs of progressive organizations. Bureau was honored with the Visual AIDS Vanguard Award in 2014. In his studio practice, Moffett challenges the traditional flat frame through nontraditional painting techniques, employing a language of form that serves as carrier of both personal and political meaning. A survey of his work in 2011–12, titled The Extravagant Vein, was organized by the Contemporary Arts Museum Houston and traveled to the Andy Warhol Museum in Pittsburgh and the Tang Museum at Skidmore College, Saratoga Springs. The Metropolitan Museum of Art recently presented an exhibition titled Range: Experiments in New York, 1961–2007, which featured and borrowed its name from a 1997 suite of fudge drawings made by Moffett in collaboration with Robert Beck/ Buck. Moffett’s work is included in public collections such as the Brooklyn Museum; Metropolitan Museum of Art, New York; Whitney Museum of American Art, New York; Blanton Museum of Art, Austin; Institute of Contemporary Art, Chicago; and Hammer Museum, Los Angeles, among others. Moffett is currently Chair of the Board of Governors at Skowhegan School of Painting and Sculpture.

About the Brooklyn Museum
The Brooklyn Museum presents important art in eyeopening ways and has long been at the forefront of engagement with underserved and younger audiences, from its widely popular Target First Saturdays program and creative reinstallations of its permanent collection, to its pioneering online presence and inventive use of technology in reimagining the visitor experience. A driving force behind the massive growth and energy of the Borough of Brooklyn and of its diverse cultural community, the Brooklyn Museum annually welcomes half a million visitors, who represent one of New York’s most diverse museum-going audiences. With roots dating back to 1823, the Brooklyn Museum is one of the oldest and largest in the United States. Its collection, representing nearly every culture, ranges from some of the most important ancient Egyptian works in the nation; to the arts of the Pacific Islands, Asia, Africa, and the Islamic world; to American and European art; to international contemporary works. The Brooklyn Museum is home to the Elizabeth A. Sackler Center for Fem