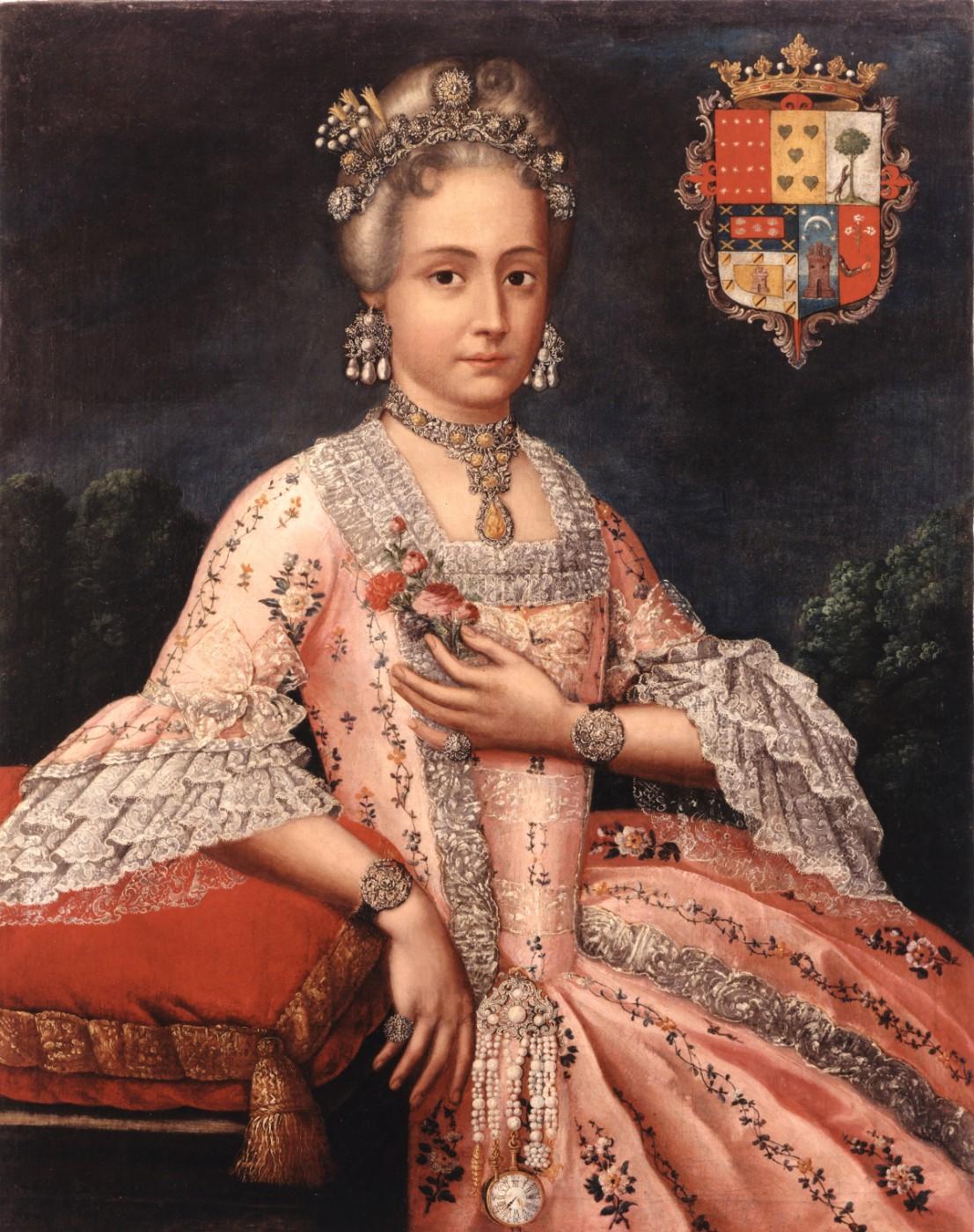 AUSTIN, TX—The Blanton Museum of Art at The University of Texas at Austin is pleased to announce that it has acquired the esteemed collection of Roberta and Richard Huber. This world-class collection of art from the Spanish and Portuguese Americas is composed of 119 objects ranging from paintings and sculpture to furniture and silverwork—deepening the Blanton's extensive holdings of art and objects from Latin America. 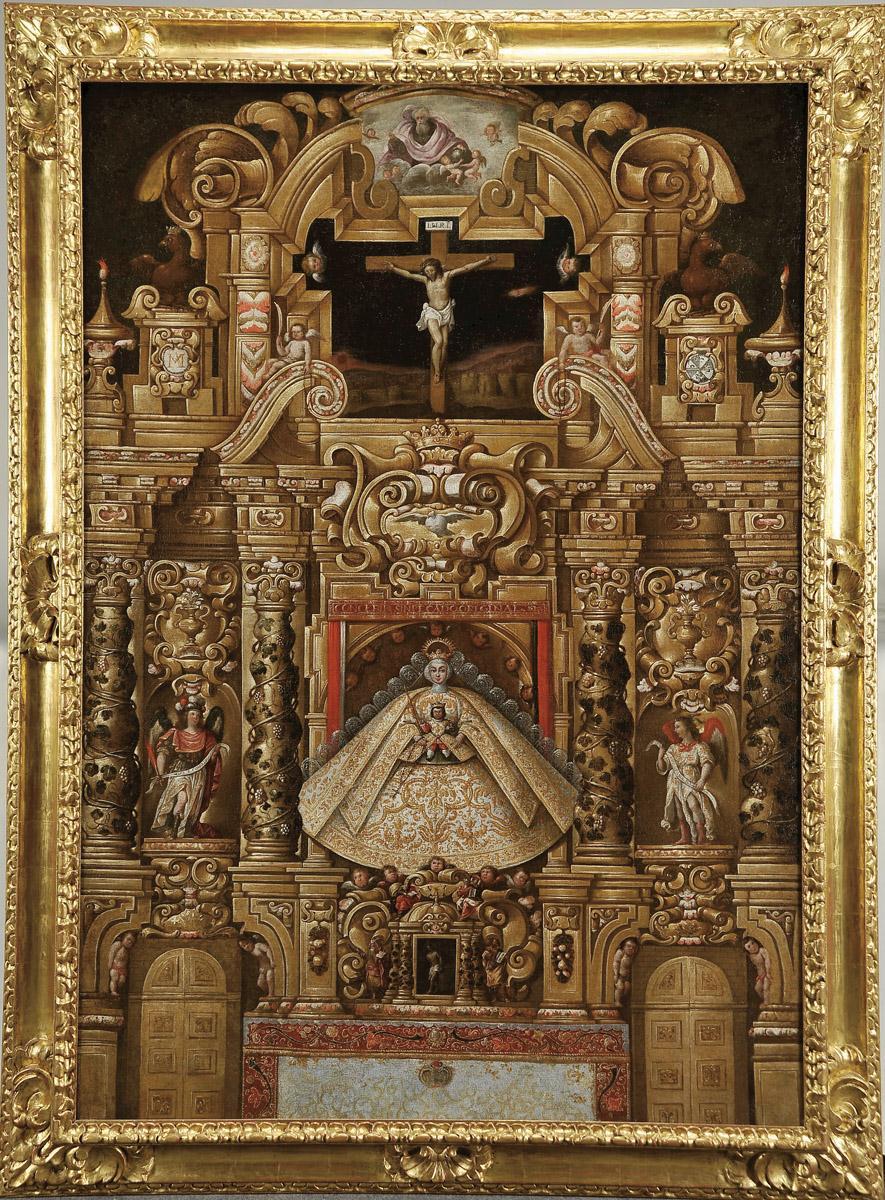 Unknown Artist, Dominican, Altar of Our Lady of The Rosary Perú, ca. 1680-1725. Oil on canvas. Blanton Museum of Art, The University of Texas at Austin.

The Huber Collection is one of the most distinguished private collections of Spanish and Portuguese American art and includes works from countries across modern-day Latin America including Bolivia, Brazil, Ecuador, and Peru. Developed by Roberta and Richard Huber over the past 45 years, the collection showcases artistic practices and visual culture of the socially and ethnically diverse society in the Americas between the late 1600s and the early 1800s.

“My wife, Roberta, and I couldn’t have hoped for a better steward for our collection than the Blanton, an institution with a long legacy of leadership in the field of Latin American art,” said Richard Huber. “We’re thrilled for the Blanton to present the works to audiences from Austin, the rest of the country, and abroad, and for them to be used in the museum’s robust teaching program on campus and in the community.”

“We are delighted that the Blanton will be the new home of the Huber collection, an incredibly beautiful group of works, which demonstrates the height of artistic achievement of this period,” said Blanton director Simone Wicha. “This acquisition cements our commitment to the study and exhibition of art from the Spanish and Portuguese Americas, which we proudly launched in partnership with the Carl & Marilynn Thoma Art Foundation in 2016. The Huber collection will open up new possibilities for scholarship on this dynamic era of cultural exchange, supported by the unparalleled strength of UT’s Latin American studies program and the Blanton’s renowned expertise and resources in the field of Latin American art,” Wicha continued. 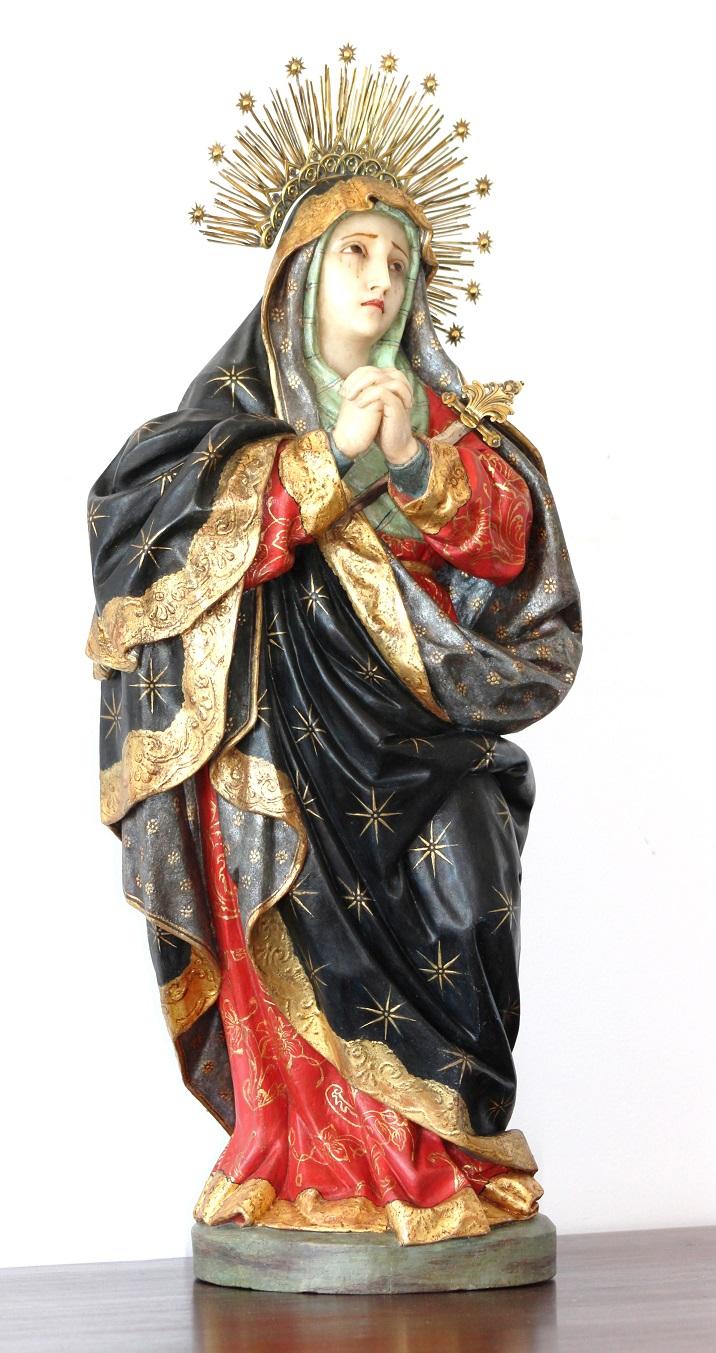 Unknown Artist, Our Lady of Sorrows, Guatemala, 18th century. Oil and gold on wood and alabaster. Blanton Museum of Art, The University of Texas at Austin.

“The acquisition of the Huber collection furthers our leadership in the field of Latin American art as a whole,” said Beverly Adams, Blanton curator of Latin American art. “The dialogues between modern and contemporary art with historical material that have emerged in our galleries and in our research over the past few years have been illuminating. We are thrilled to continue to be stewards for the artistic and scholarly value of the art of this significant period, alongside our partners on campus at UT.”

The museum’s expanded focus on art from the colonial period encompasses collecting, researching, and exhibiting. In 2016, the Carl & Marilynn Thoma Art Foundation announced a long-term loan of works from its distinguished collection and a major grant that established a curatorship in Spanish colonial art. In partnership with LLILAS Benson Latin American Studies and Collections at UT, the Blanton launched a cross-campus interdisciplinary program to facilitate object-based teaching, research, and scholarship on visual and material culture from this period. In 2017, the Colección Patricia Phelps de Cisneros gifted a group of 83 Venezuelan works of painting, sculpture, and furniture from the period to the Blanton.

A unique strength of UT Austin is our commitment and leadership in Latin American scholarship and art. Through world-class collections, like this, the educational benefit to students, faculty, and our community cannot be understated. We are immensely grateful for the Hubers’ vision, and we are excited about the impact this collection will provide for generations to come,” said Maurie McInnis, executive vice president and provost.

The museum acquisition was funded by the university, with additional support from Judy and David Beck, Leslie and Jack Blanton, Jr., Jeanne and Michael Klein, Judy and Charles Tate, and an anonymous donor. Highlights include an early 18th century silver coquera box (for the storage of coca leaves) from Bolivia; a gorgeous bust-sized reliquary of St. Augustine from Mexico (ca. 1650); the impressive portrait of Rosa de Salazar y Gabiño, Countess of Monteblanco and Montemar (c. 1764–1771) attributed to Peruvian Cristobal Lozano; and a sculpture of the Virgin Mary attributed to Francisco Xavier de Brito, active in Minas Gerais, Brazil, in the mid 1700s. Among the furniture is a portable desk from the 18th century, which originated at one of the famed Jesuit missions of Chiquitos, in what is now Santa Cruz, Bolivia, and a UNESCO World Heritage Site.

This fall, a selection of objects from the Huber collection will make their debut in the Blanton exhibition Painted Cloth: Fashion and Ritual in Colonial America, which is made possible by lead funding and loans from the Thoma Foundation, as well as other loans from around the world. Painted Cloth examines the social role of textiles and their visual representations in different media produced in Bolivia, Mexico, Peru, and Venezuela during the 1600s and 1700s.