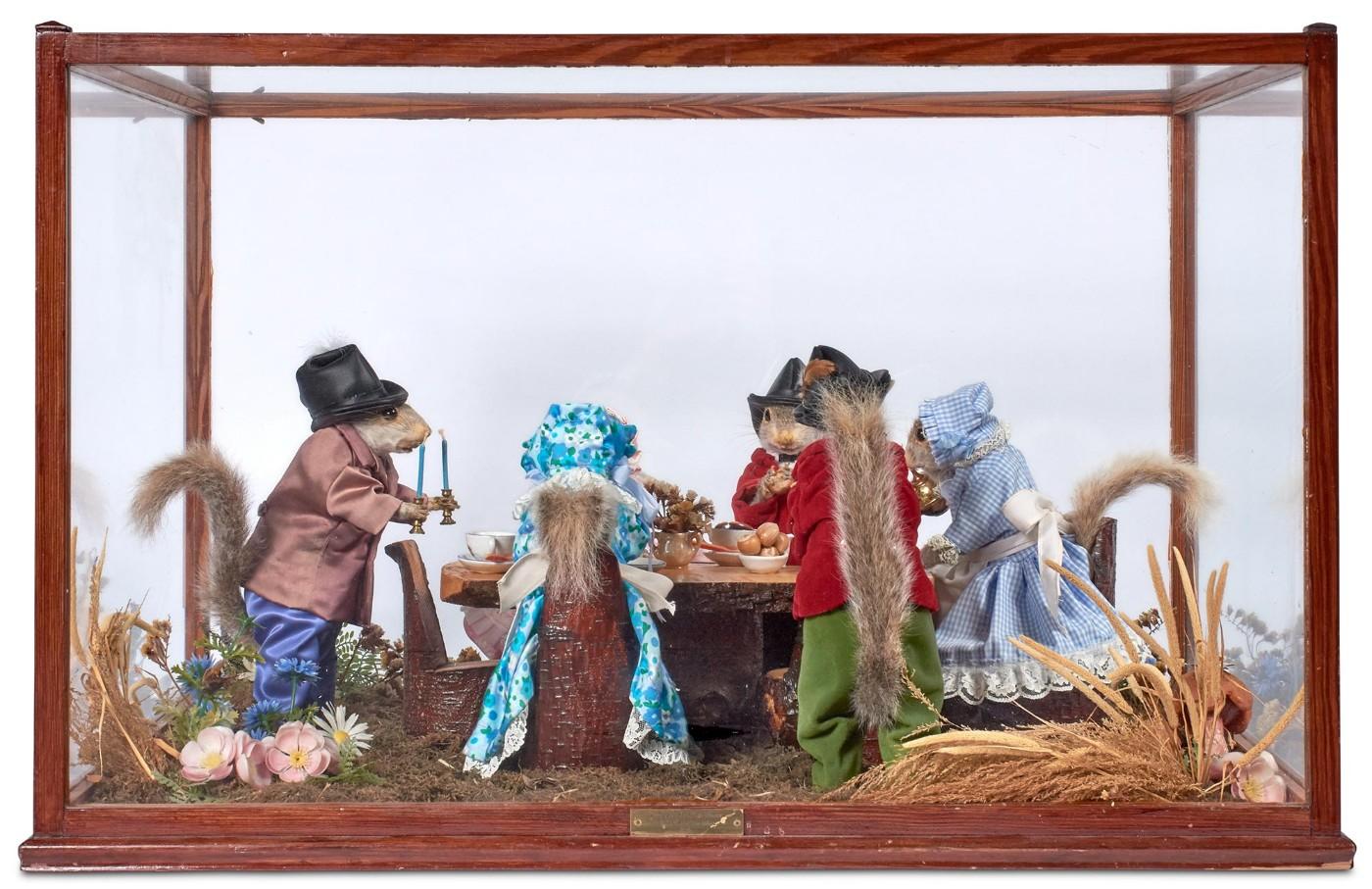 The Squirrels' Tea Party by Graham Teasdale, 1976. A group of six anthropomorphic taxidermy squirrels in clothing, mounted in a tea party setting, within a wood and glass vitrine. Estimate: $2,000 - $4,000.

The inaugural “Oddities” auction at Doyle on May 7 is headlined by a sign–an enamel-painted wooden placard beckoning visitors into “Mr. Potter’s Museum of Curiosities,” the twice defunct museum in England that showcased, as the sign indicates, “A Two Headed Lamb,” “A Murderers Truncheon,” and “The Famous Tableaux of Walter Potter.”

Dating from 1985, this sign hails from the second iteration of Potter’s museum. Walter Potter (1835-1918) was an amateur taxidermist whose ‘famous tableaux’ were anthropomorphic marvels: kittens getting married, rabbits doing sums, songbirds plugging away as pallbearers at Cock Robin’s funeral. He set up small displays in his hometown village in southern England, and in 1880, created a larger museum, which by the time of his death held about 10,000 specimens. Interest in these some-might-say creepy* Victorian novelties forced the museum’s closure in the 1970s, but it was then reincarnated in Cornwall from 1984 until the collection was sold off in 2003. (The artist Damien Hirst tried to buy the collection en bloc for £1 million two weeks prior to the sale, but the auction house said it was too late.) 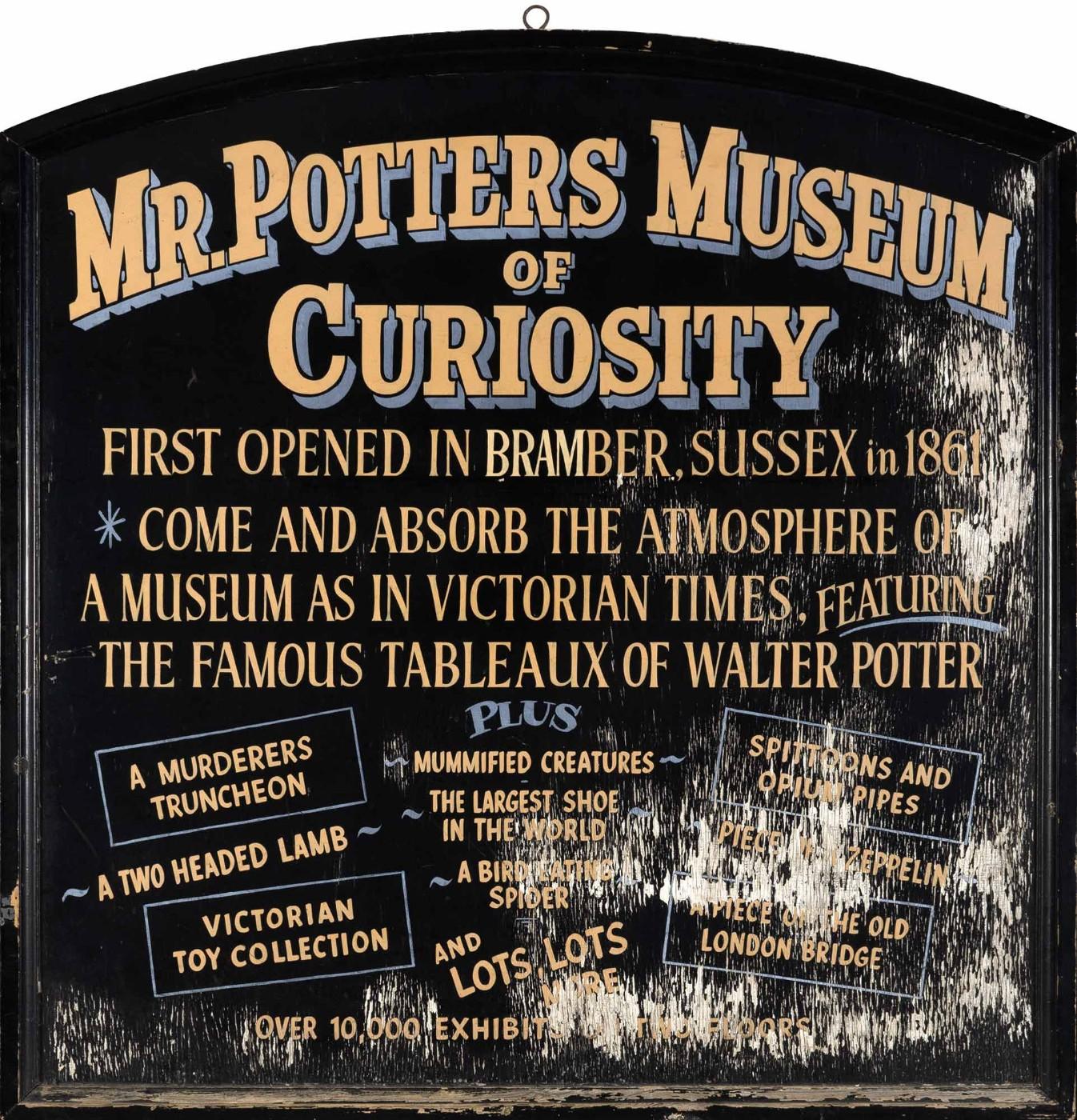 At that auction, Mike Zohn, co-owner of New York’s Obscura Antiques and star of the Discovery Channel’s television series, Oddities, bought this sign. He is now parting with at Doyle in a sale that he co-curated. The auction estimate is $7,000-9,000.

Also featured in the sale is this 1976 diorama of “The Squirrels’ Tea Party”, crafted by Graham Teasdale in the style of Potter. Within the wood and glass vitrine, six stuffed squirrels in fancy dress enjoy tea and buns. It is estimated to sell for $2,000-4,000.

*If you’re the sort who thinks this is way cool and not at all creepy, check out the fabulous 2013 book, Walter Potter’s Curious World of Taxidermy by Pat Morris and Joanna Ebenstein.