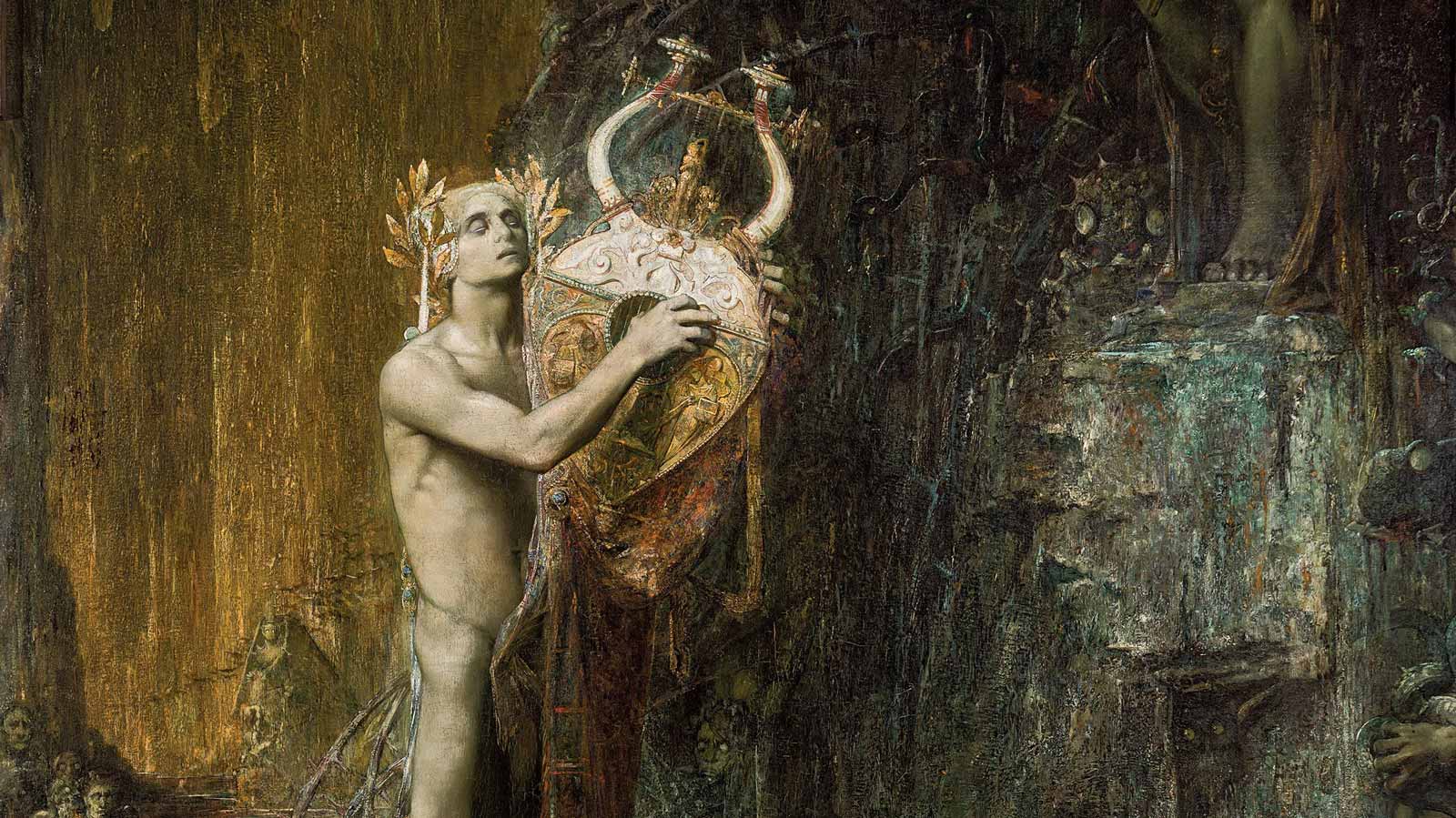 Though artists on the cutting edge claimed to revile it, academic art was pivotal in the development of modernism. 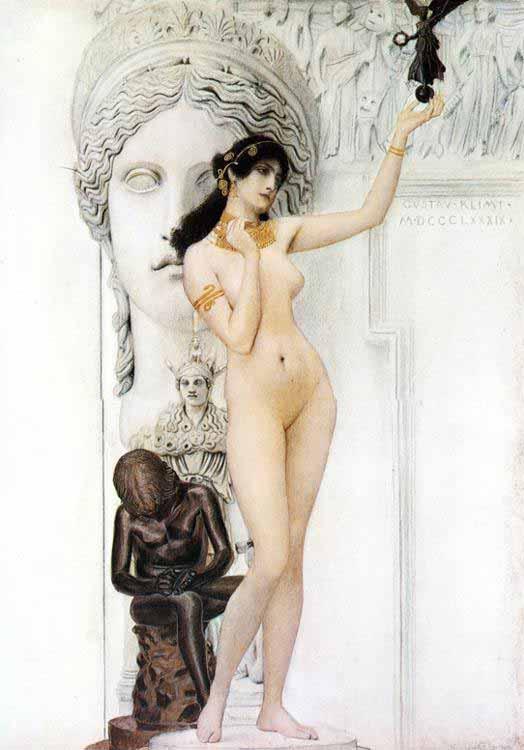 “The cubist painter eliminated color because, consciously or unconsciously, he was parodying, in order to destroy, the academic methods of achieving volume and depth,”

For centuries, art and artists created through the academic system ruled the art world. Artists could not make a name for themselves unless they were products of institutions like the Académie des Beaux-Arts, the Royal Academy, or the Accademia di San Luca.

Starting in the second half of the 19th century, academic art became the subject of criticism and scrutiny, with realists, impressionists, and other avant-garde movements taking issue with several aspects of it: the over-polished textures, the superficial quality of emotions and perspective, and the consumerism of the academies were all criticized. Academic art was rational and, in a way, mechanized. Paintings in that style became known as “grandes machines” for the way they rendered emotions in a manufactured way. 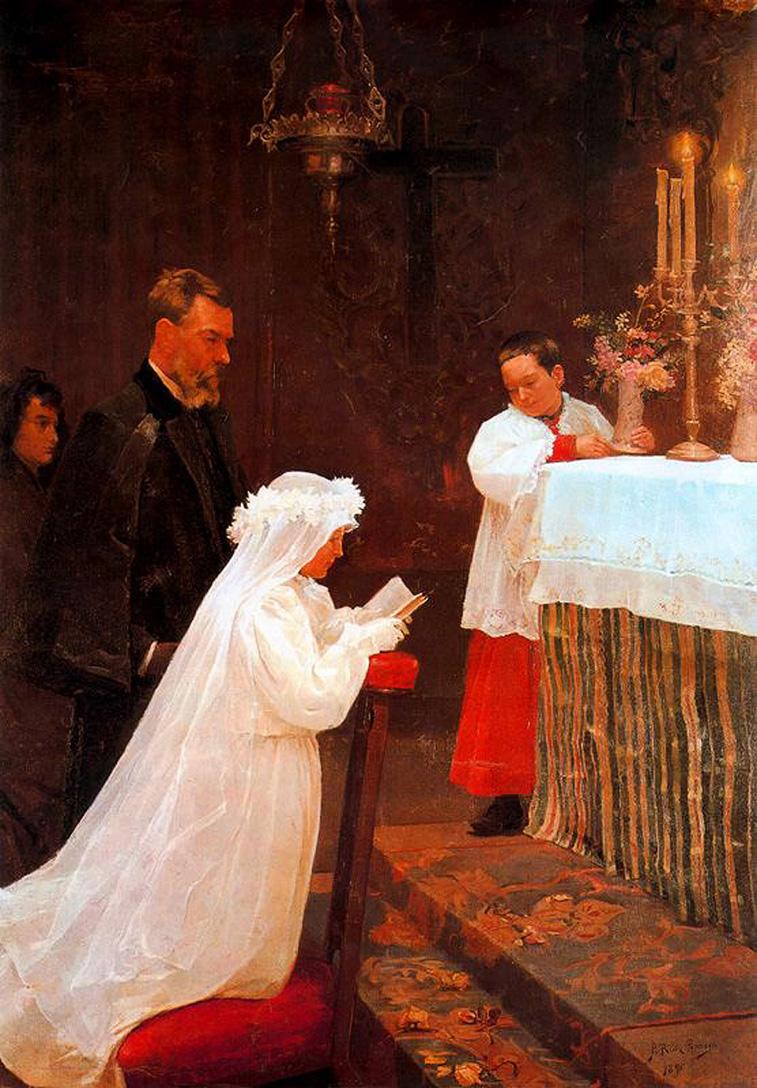 Academic art focused on mythological and allegorical subjects, making it out of touch with more pressing current social issues. This did not sit well with realists, who worked to portray the true, unvarnished lived experiences of their subjects. Impressionists reacted to the timelessness of Academic subject matter by creating quick paintings of changing light and fleeting moments based on what the eye sees: they claimed that academia promoted and encouraged a style that was too polished, the dreaded academic fini.

In the 20th century, art critic Clement Greenberg labeled academic art as kitsch. “Kitsch is mechanical and operates by formulas,” he wrote in “Avant Garde and Kitsch,” an essay published in 1939. “Kitsch is vicarious experience and faked sensations. Kitsch changes according to style, but remains always the same. Kitsch is the epitome of all that is spurious in the life of our times. Kitsch pretends to demand nothing of its customers except their money–not even their time.”

Yet, academic art was pivotal in the development of modernism, with some of the most notable artists of the movement retaining, to some extent, what they learned in their academic years.

Gustav Klimt, one of the most prominent members of the Vienna secession movement, known for his opulent and stylized portraits of women, produced a substantial body of work in the academic tradition, as he was a close follower of painter Franz Makart early in his career. Klimt’s Fable (1883), which portrays a goddess-like figure surrounded by wild animals including scurrying mice, was part of a three-volume project called Allegories and Emblems, which was meant to update the traditional allegorical language used by artists in order to encompass aspects of modern life. 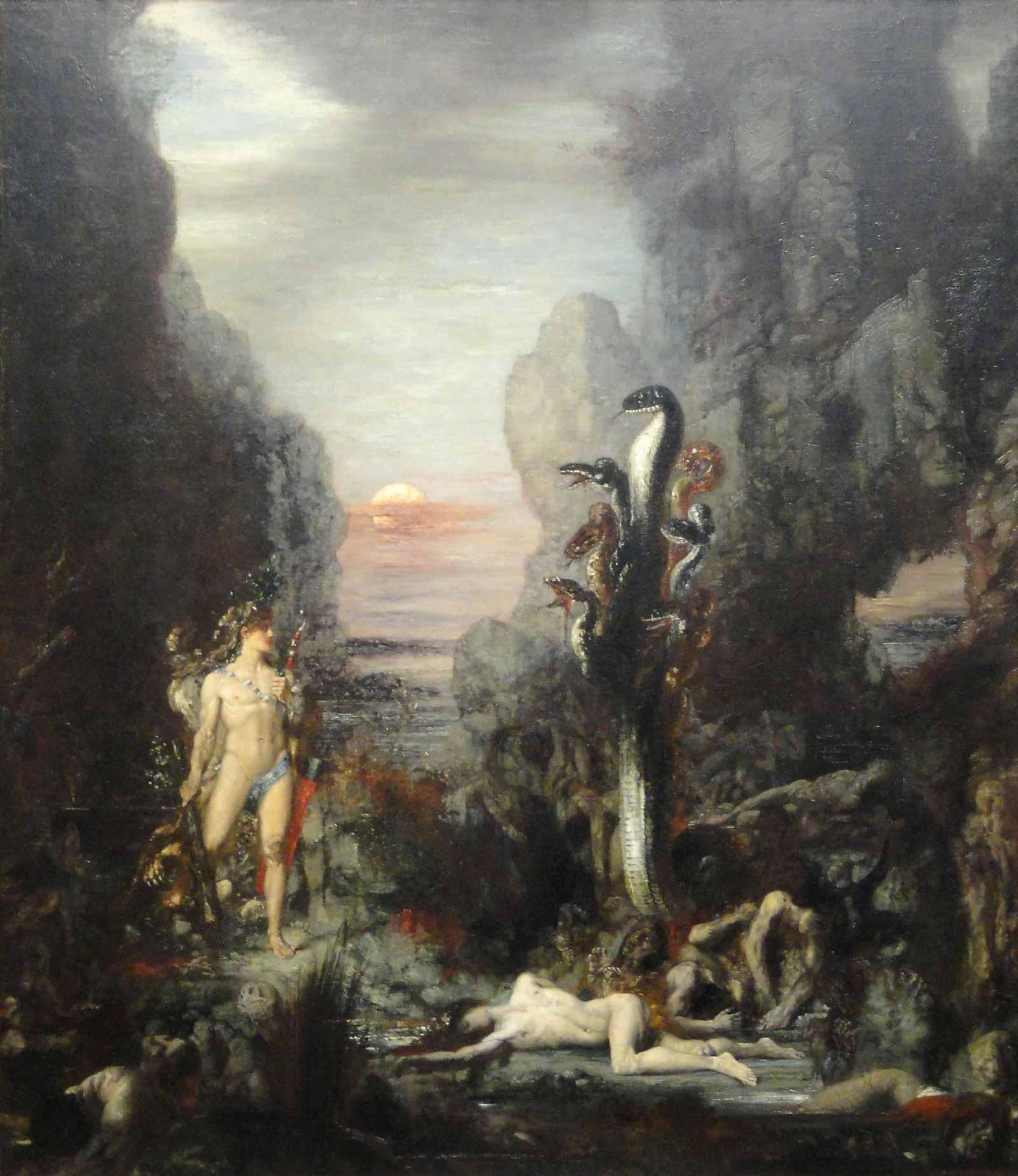 Fable shows no hint of the distinctive style for which Klimt was to become famous more than a decade later. In his Allegories phase, Klimt also borrowed from the Italian Renaissance masters and the Baroque, depicting muscular male nudes modeled after Michelangelo’s ignudi. “Klimt was surprisingly slow in throwing off his constraining academic background and developing a personal style: it was not until the late 1890s that Klimt’s distinctive artistic personality began to emerge,” wrote Jane Rogoyska and Patrick Bade in their monograph on Gustav Klimt. He also retained his penchant for allegory: Allegory of Life and Death is from 1915, and the ornaments worn by Adele Bloch Bauer in Portrait of Adele Bloch Bauer I (1907) are not too different from those displayed by his very academic illustration Allegory of Sculpture (1889).

Even Picasso started out as an academic realist. Both his First Communion (1896) and Aunt Pepa (1896) display high dramatic potential, and, even after his cubist period, he resorted to Neoclassicism: Seated Nude Drying Her Foot (1921) goes back to both Raphael and Ingres. Cubism itself is in dialogue with the tradition that was so reviled.

“The destruction of realistic pictorial space, and with it, that of the object, was accomplished by means of the travesty that was cubism,” Greenberg wrote in his 1940 essay Towards a new Laocoon. “The cubist painter eliminated color because, consciously or unconsciously, he was parodying, in order to destroy, the academic methods of achieving volume and depth, which are shading and perspective, and as such have little to do with color in the common sense of the word, The cubist used these same methods to break the canvas into a multiplicity of subtle recessive planes, which seem to shift and fade into infinite depths and yet insist on returning to the surface of the canvas.” 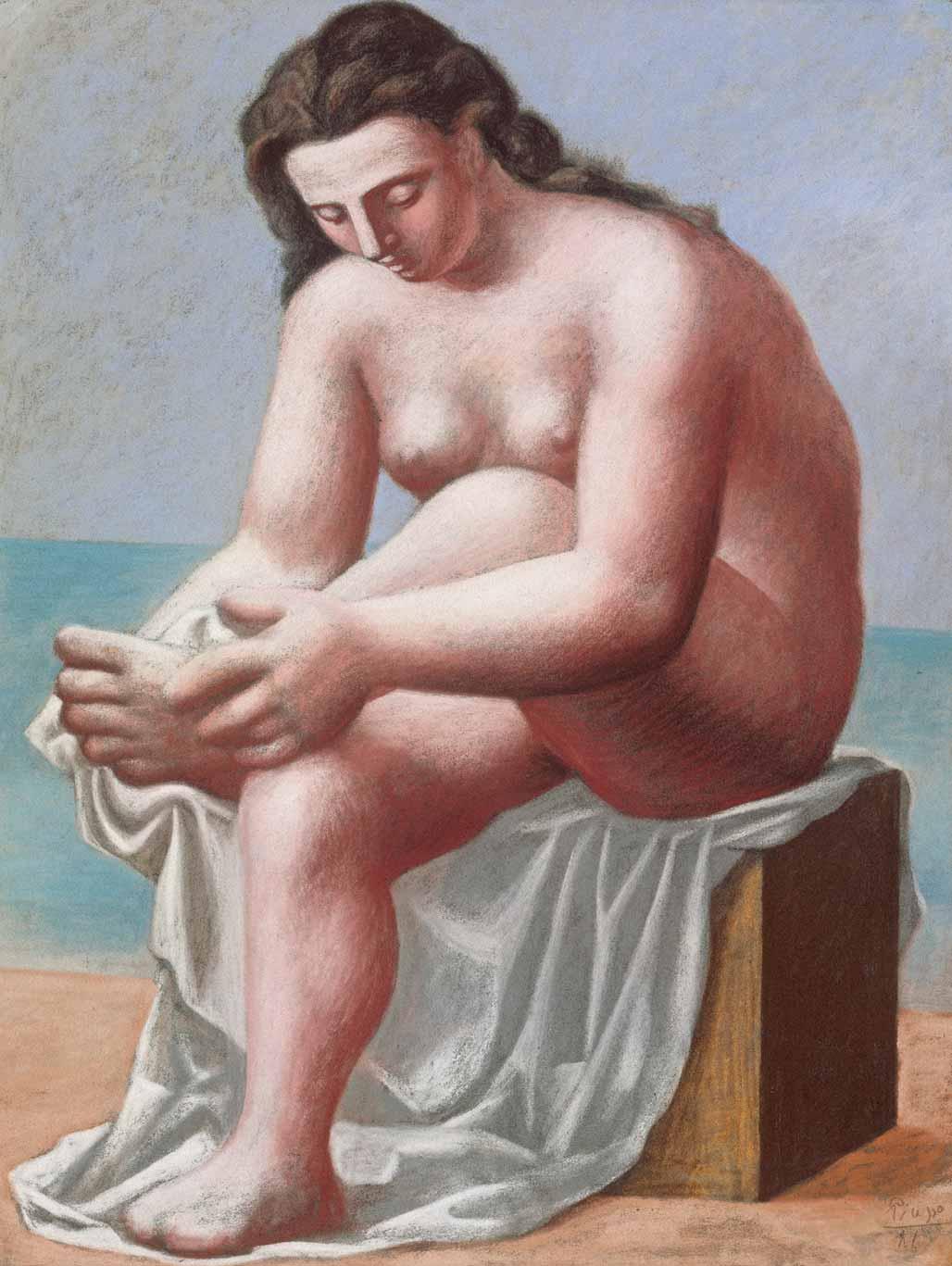 Symbolism presents an interesting case: at first glance, the works of Pierre Puvis de Chavannes, Gustave Moureau, and Pierre-Amédée Marcel-Béronneau appear to idealize the classical tradition, including works that pay tribute to the heroic male nude.

“I guess you could qualify that as an academic style because it's kind of dark,” Dr. Vivien Greene, senior curator at Guggenheim specializing in 19th- and 20th-century European art, tells Art & Object, referring to the aforementioned heroic nudes. In her 2017 exhibition Mystical Symbolism: The Salon de la Rose+Croix in Paris, 1892–1897, Dr. Greene demonstrated how symbolism was a crucial precursor to modernism. “You know, there's three-dimensionality, but in the subject matter itself, and how we chose to portray or paint it, it's so completely over the top and exaggerated, it's that kind of addressing what's underneath, but that makes it symbolist.”

This is true in a country like Italy, too: Dr. Greene pointed out that the way Italy is, by its own nature, an open-air museum of art led it to cling to tradition more than its neighboring countries. Yet, a painter like Gaetano Previati, whose Mother and Child, a symbolist rendition of Mary and the Infant Jesus surrounded by ethereal angels in a grove was deemed unorthodox when first shown in Milan in 1891, yet was accepted in Paris the following year. He was known for a painting technique known as divisionism, the Italian response to French pointillism. “[Divisionism] is more academic in certain ways, but it leads to futurism,” Dr. Greene told Art & Object. “It is modernist while still not fitting that more classical or traditional French definition of modernism.” 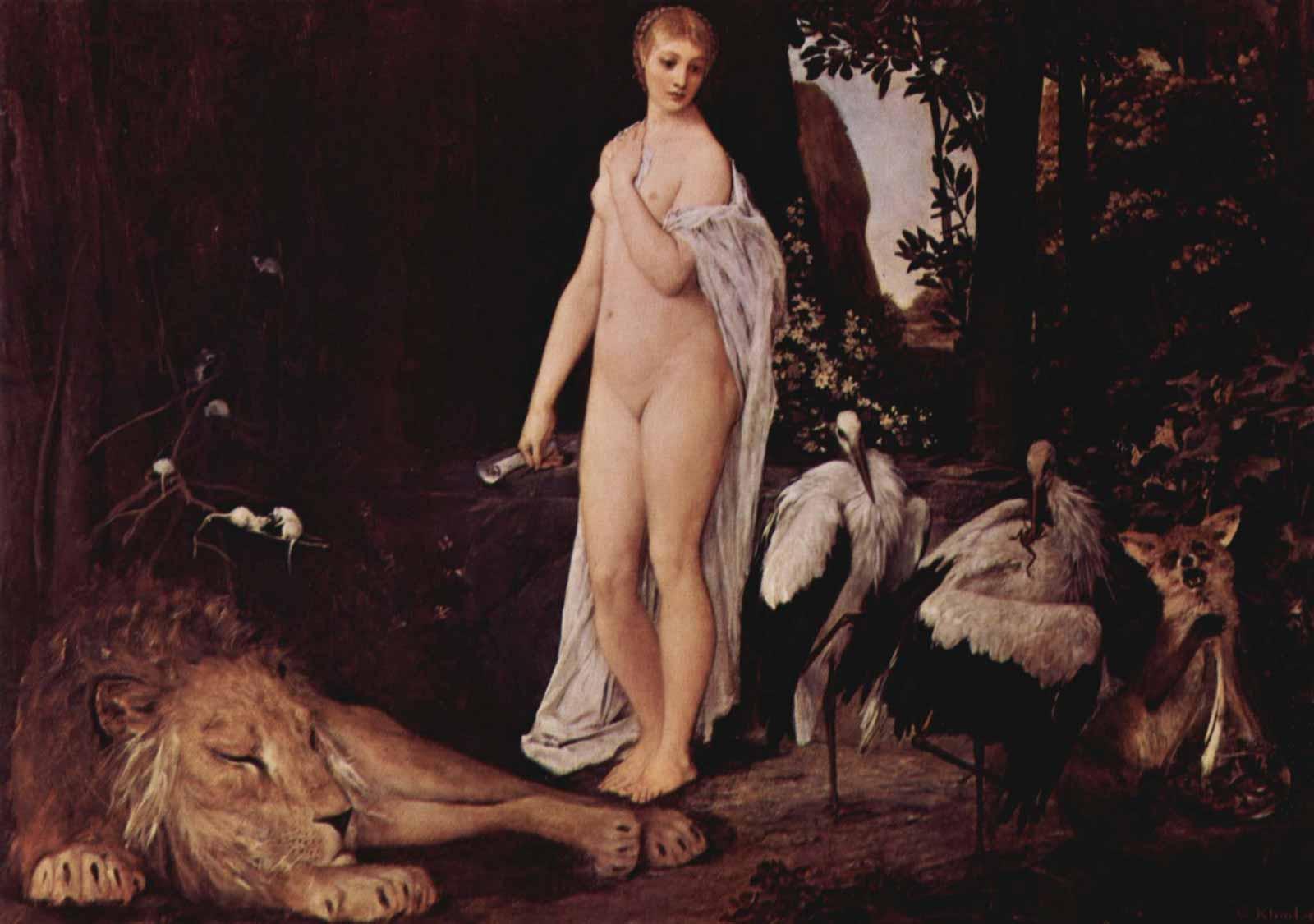 In fact, the decomposition of color practiced by divisionists had, as a natural consequence, the fragmentation of objects, in an all-encompassing dynamism. “There are different narratives that lead to modernism: you have the Picasso trajectory, and then you have the Kandinsky trajectory, and like Klimt, Kandinsky also started off as a Symbolist painter,” she continues. “His early work is very symbolist in tenor, and he is very interested in spirituality, Russian mysticism, and also in the idea of how to make an artwork resonate with a viewer physically, emotionally, psychologically. It’s those kinds of exploration that lead to this type of modernism. It’s the alternate, less canonical story of art history of how modernism developed.” 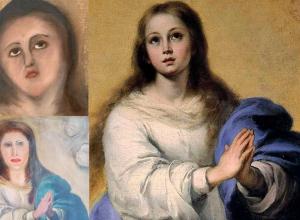 10 Art Restoration Fails That Will Blow Your Mind
Failed restorations of storied artworks are nothing new. The internet, however…