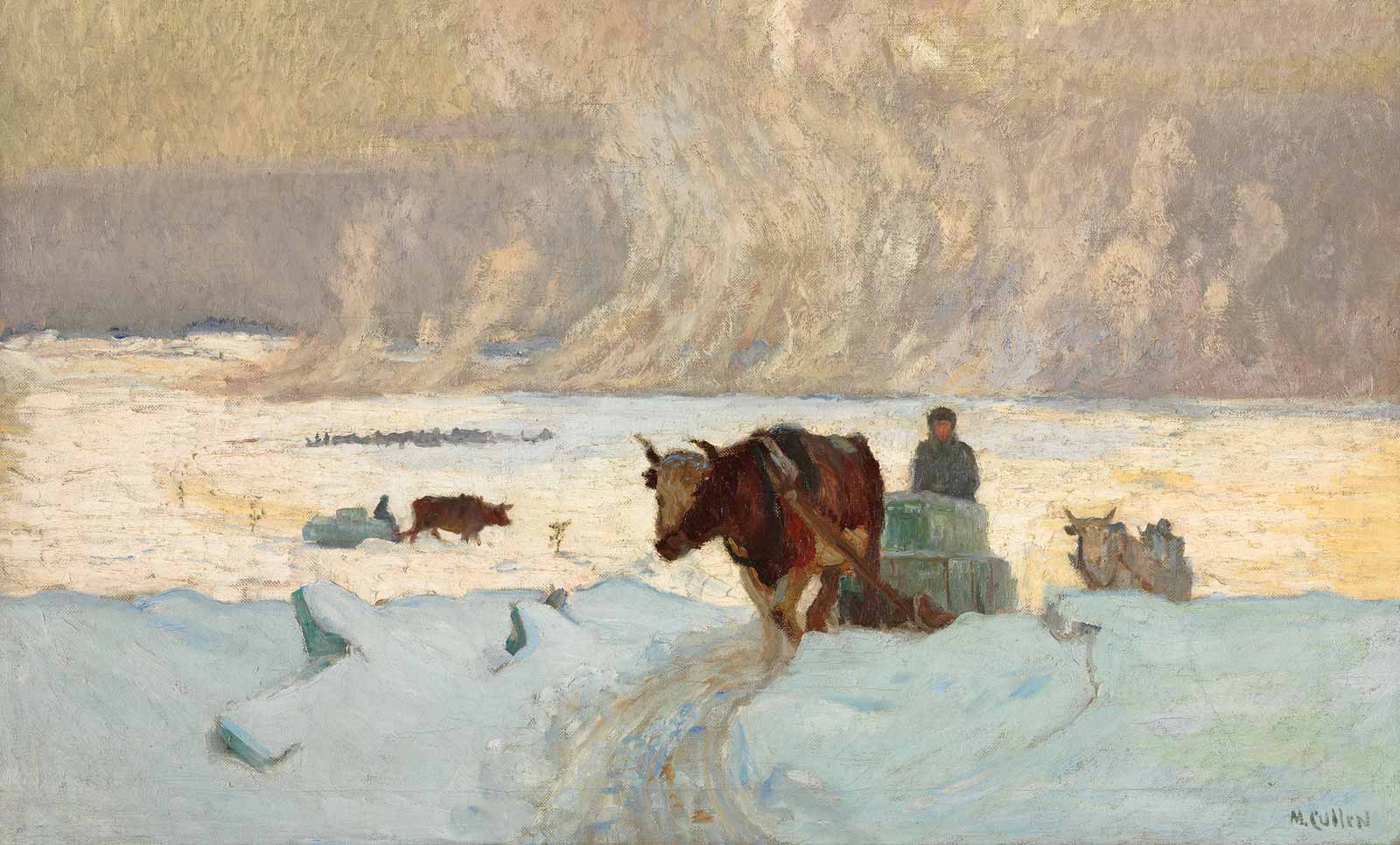 National Gallery of Canada
Maurice Cullen, The Ice Harvest, 1913.
Taking the famed movement home with them from France, these Canadian artists created an Impressionism all their own.

Taking the famed movement home with them from France, these Canadian artists created an Impressionism all their own. 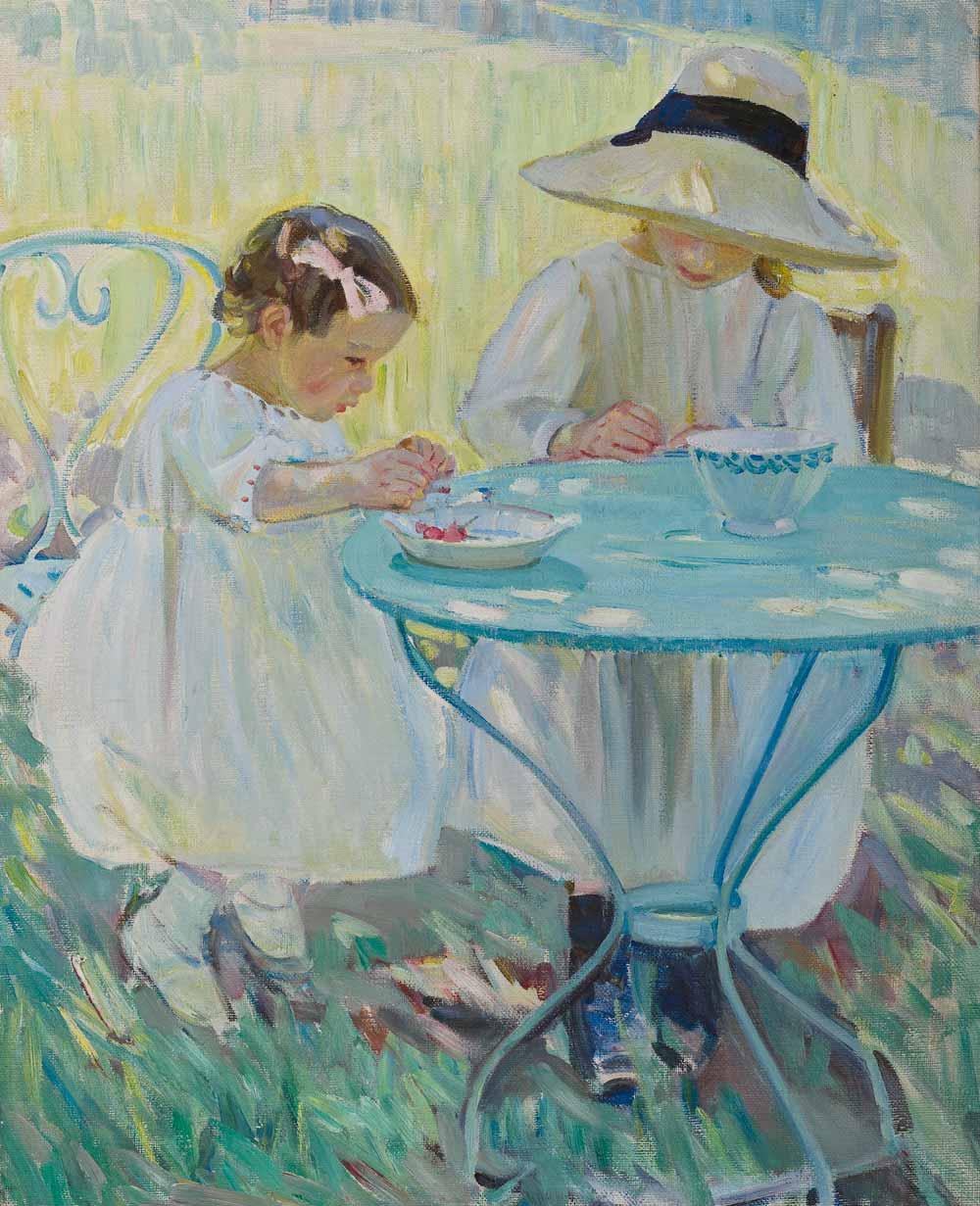 “The words ‘Canada’ and ‘Impressionism’ have rarely been used together. This is a unique opportunity and a milestone exhibition that addresses this missing chapter in Canadian art and the global spread of Impressionism.”

Impressionism is a French export almost as popular as cheese, champagne, and couture. Crowds line up around the globe to attend blockbuster museum exhibitions of those beloved late 19th century Parisian artists, who celebrated light, pure color, and bourgeois fun on their canvases. What art scholars are now recognizing is that this worldwide love affair with Impressionism isn’t a new phenomenon; back in the heyday of Claude Monet, Pierre-Auguste Renoir, Berthe Morisot and Edgar Degas (among others), the French Impressionists were already cultivating a devoted international fan base.

Impressionism was embraced in faraway places including Australia, Turkey, Mexico, Japan, and Scandinavia, spread by artists who pollinated their visual inspiration in Paris (then the supreme art capital of the world) and then planted the movement’s stylistic seeds back home. There they painted works related to the French originals, but tempered through distinctly local filters. Broken brushstrokes and unmixed color were applied to landscapes very unlike the rural countryside surrounding Paris, with artists figuring out how to transport what they learned in France to native subjects and audiences.

Global Impressionism is a recognized but understudied occurrence, and scholars are just scratching the surface of why this particular movement had such an impact as well as all the ways it was morphed abroad. “It took different forms in different places at different times,” Jennifer Thompson, curator of European art at the Philadelphia Museum of Art and co-organizer of a recent symposium titled ‘Impressionism Around the World,’ told Art & Object. “Distilling that down isn’t possible today—we have to wait for at least another generation of scholarship.”

In the meantime, a traveling exhibition titled Canada and Impressionism organized by the National Gallery of Canada hopes to give the unsung Canadian Impressionists their belated moment in the pastel-hued sun. This first-ever exhibition devoted to the subject–now on view at the Kunsthalle Munich and continuing to the Fondation de l’Hermitage in Lausanne, Musée Fabre in Montpellier, and ultimately the National Gallery of Canada–has aggregated 120 paintings by 36 Canadian artists who traversed the Atlantic to study in Paris.

“The words ‘Canada’ and ‘Impressionism’ have rarely been used together,” Katerina Atanassova, exhibition curator and curator of Canadian Art at the National Gallery of Canada, explained to Art & Object at the Kunsthalle Munich opening. “This is a unique opportunity and a milestone exhibition that addresses this missing chapter in Canadian art and the global spread of Impressionism.”

Canadian Impressionists have been overlooked both within Canadian art history and within the global narrative of Impressionism outside France. Artists such as James Wilson Morrice, Helen McNicoll, and Maurice Cullen contributed to the worldwide spread of the movement and also forged a distinctive art style for their young country, introducing modernism to the next generation of Canadian artists.

The Dominion of Canada was formed in 1867 with the unification of former British and French colonies, a move that coincided with the beginnings of French Impressionism. The young country had few art schools or opportunities for artists at the time, and so those who could afford it traveled to Europe (and primarily France) where they were exposed to modernist movements. “Paris was my tutor, my book,” recounted Canadian artist Florence Carlyle, who traveled to the French capital to study art in 1890. 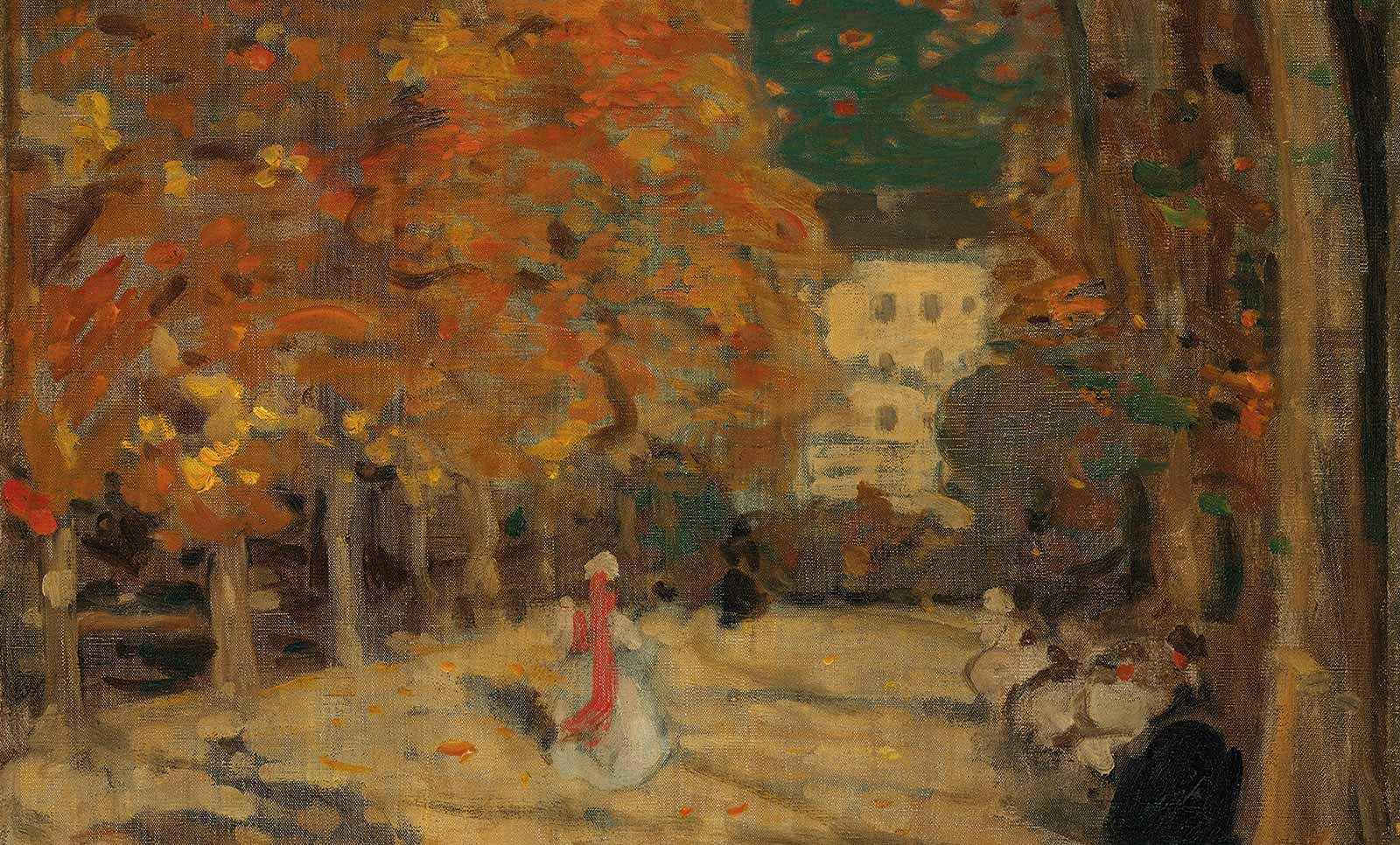 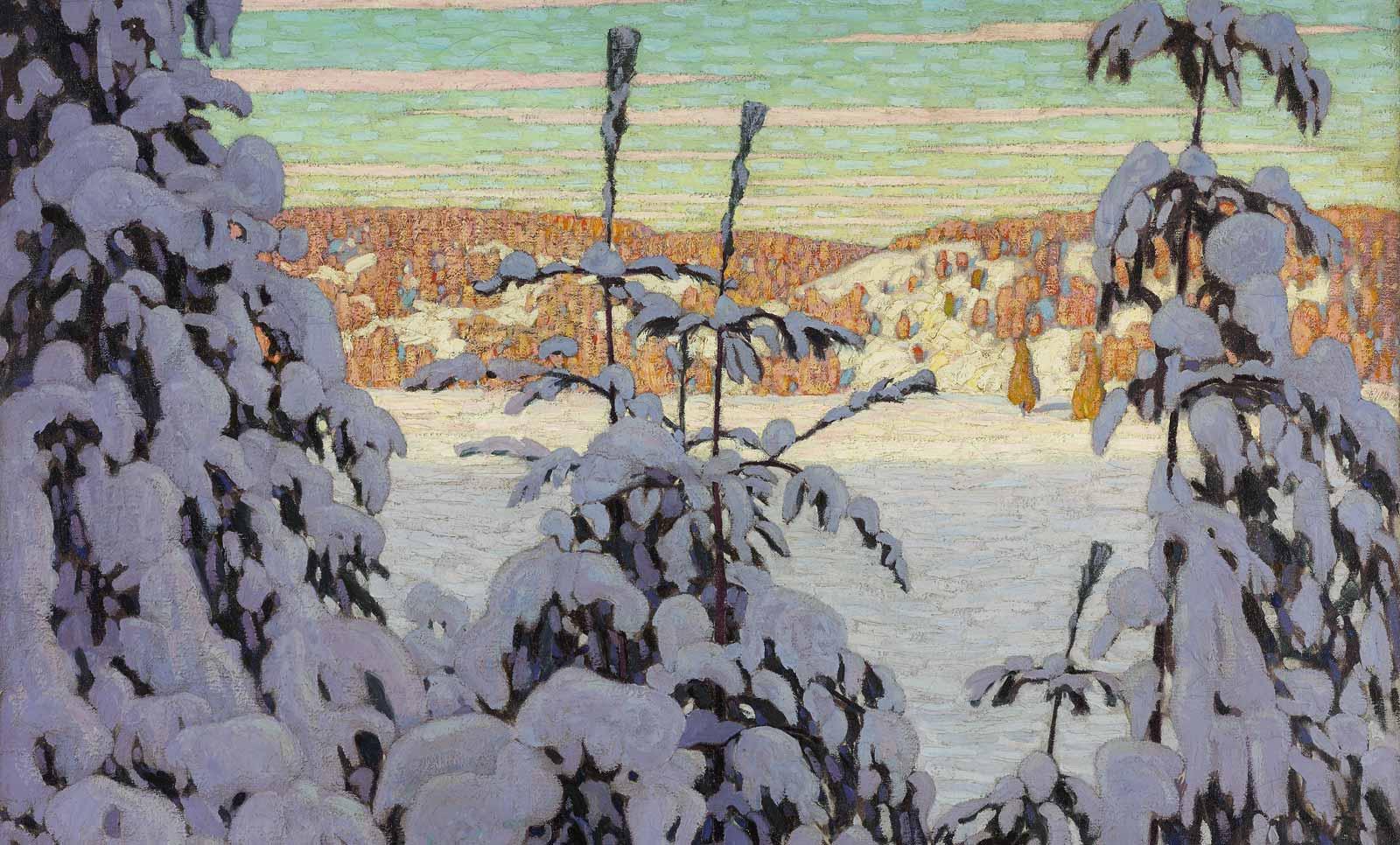 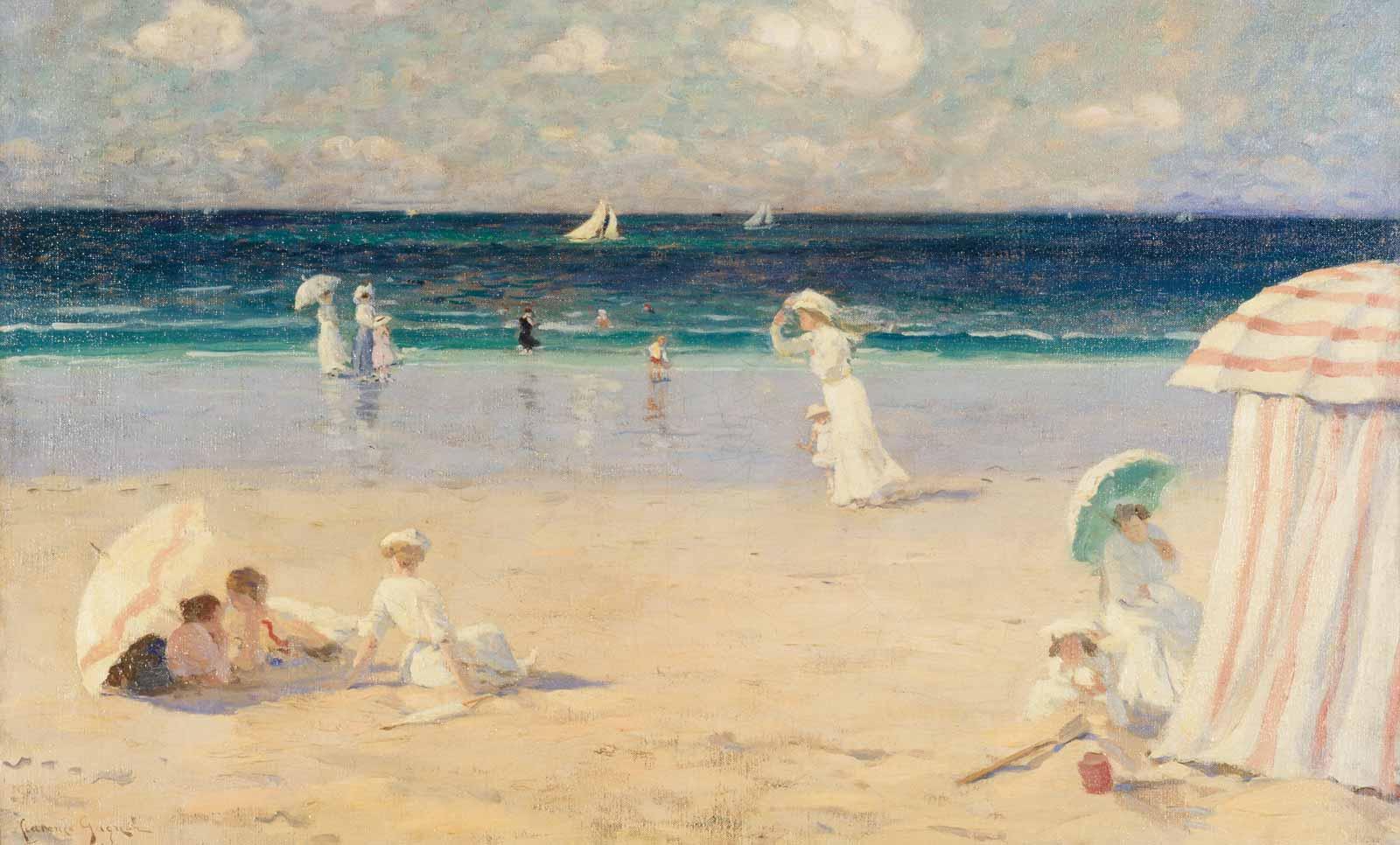 Carlyle wasn’t the first Canadian to make the move; other compatriot painters had started migrating to Paris around 1880 and saw original Impressionist exhibitions firsthand. These artists mingled with the art scene, making connections amongst themselves and with local art world figures. William Blair Bruce, for example, moved to Paris in 1881 and soon set up an artists’ colony in Giverny with five other North American artists, inspired by the water lily-infused canvases Claude Monet was producing nearby.

Another Canadian, James Wilson Morrice, impressed prominent Parisian art critic Louis Vauxcelles who wrote about the artist that he was “unquestionably the [North] American painter who has achieved in France and at Paris… the most notable and well-merited place in the world of art.”

Impressionism was a visual language well understood in Paris; local critics accepted its deviations from academic realism and its techniques for capturing French scenes had been clearly mapped out. But Canadian artists who went back home had to face the challenge of adjusting the movement’s style to an uncharted environment. “When they returned home, they needed to adapt,” said Atanassova. “They needed to solve the problem for themselves of what applied to their topography and climate. Definitely the broken brushstrokes could be applied, but was that the essence?”

Canadian Impressionist paintings admittedly don’t look like their French sources of inspiration–they don’t consistently share the broken brushwork, pure color, and study of light that most would agree characterize the Parisian Impressionists. So why call them Impressionists? “They were modern, contemporary artists dealing not with historical or mythological themes but with current issues,” Atanassova answered. “Light became a guiding force and a subject matter. Urban reality became a new theme that was never seen before.”

Yes, Impressionism looked different in Ottawa than it did in Giverny, but these distant cousins were nevertheless related. “Canadian artists not only incorporated Impressionism into their practice,” noted Sasha Suda, director of the National Gallery of Canada, at the Kunsthalle Munich opening, “but they made it their own.”

There are no gloriously sunlit images of women touting parasols amidst fields of fiery red poppy flowers in the works that these pioneering Canadian Impressionists painted back in their North American homestead. Snowy winters, rugged topography, and the harsh northern light were the inherently Canadian subjects that they tackled instead.

Canadian Impressionism is a different strand of the movement, but this show argues that it nonetheless deserves a chapter in this story that originated in Paris but traveled far and wide. Maybe in time the Impressionists from Vietnam, Argentina, Greece and beyond will be celebrated with their own exhibitions, too. “I wanted to open [how we define Impressionism] a little bit,” Atanassova said. “We shouldn’t just get two or three criteria that we read from in the books and find a definition of Impressionism. Impressionism manifested itself in various ways.”