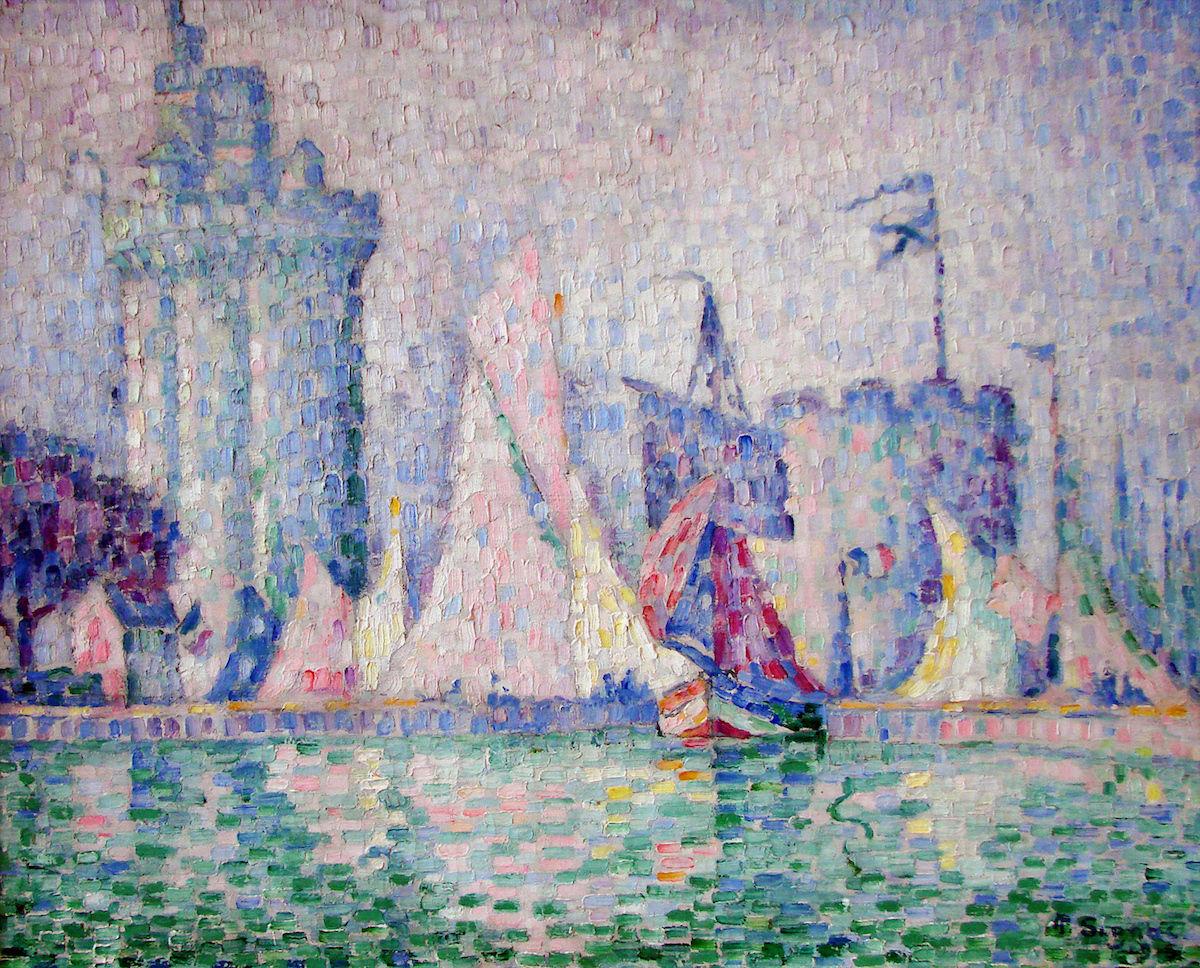 Ukrainian police got lucky while searching the Kiev home of a murder suspect this week. While looking for clues connecting a man to a slain jeweler, they uncovered a valuable painting that was stolen from a French museum last May. Paul Signac’s Port de la Rochelle (1915) was cut out of its frame by thieves at the Museum of Fine Arts in Nancy, in northeastern France.

Valued at over $1.5 million, the painting uses Signac’s signature Divisionism technique, and depicts a familiar scene from his works: the French Riviera. A similar canvas painted six years later hangs at the Musee d’Orsay. 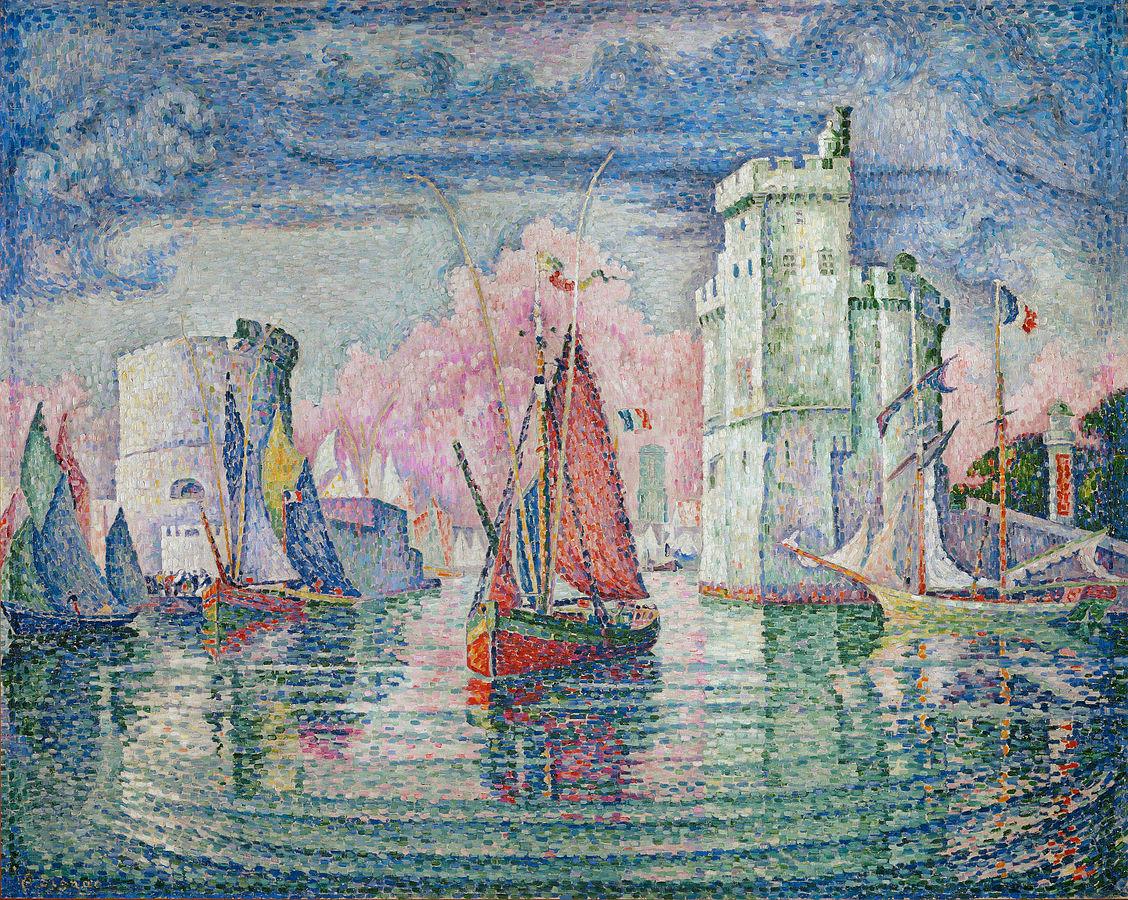 Signac took inspiration from the methods he learned from his Impressionist contemporaries, Claude Monet and Georges Seurat. Signac and Seurat went on to work together to develop Pointillism. The closely related method of Divisionism, which separates colors side-by-side, causing the eye to blend them, much like pixelation does today, was a hallmark of their Neo-Impressionist style. Like many on his colleagues, Signac was inspired by the natural world, particularly the glittering water of the French coastline, and especially St. Tropez, where he had a home and studio.

Signac also painted alongside Vincent Van Gogh and Matisse, inviting them to his home on the coast. He went on to support their early work by displaying them in the Salon des Indépendants, of which he was a founding member. A strong supporter of anarchist movements, along with his friend Camille Pissarro, Signac had to censor his political leanings, which were considered too radical at the time. 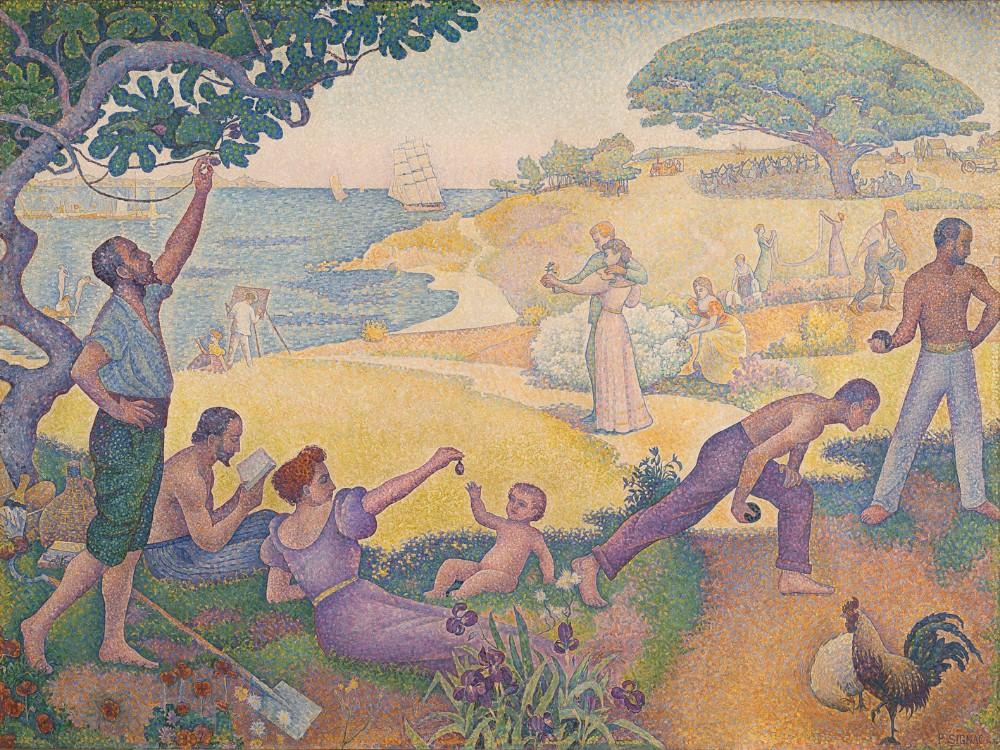 Paul Signac, In the Time of Harmony. The Golden Age is not in the Past, it is in the Future, 1893–95, oil on canvas, Mairie de Montreuil

For now, the treasured masterpiece is making its way back to its home in Nancy, after Ukrainian authorities handed the work over the French today. Meanwhile, police are investigating the man and his associate’s possible connections to other art crimes, including the theft of a Renoir painting from an auction house in Vienna last year.