10 Films About Art Worth Watching 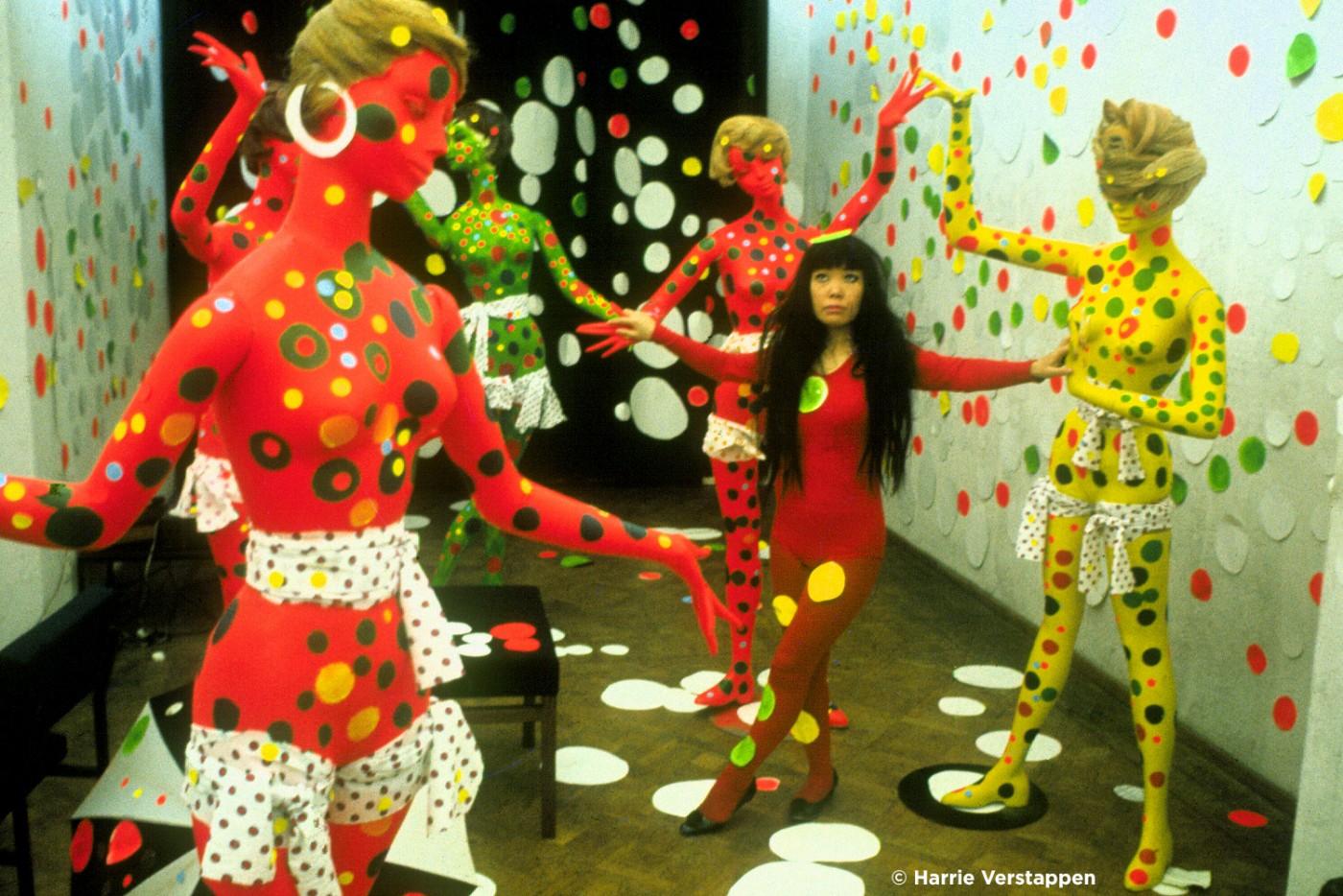 Artist Yayoi Kusama in the Orez Gallery in the Hague, Netherlands (1965) in KUSAMA - INFINITY.

Truly great films can be hard to come by, especially with the endless options afforded by streaming platforms these days. That's why Art & Object is bringing you this curated list of top options. Now, learning about the lives and works of great artists can be as easy as plopping down on the couch. Here are some films about art you don't want to miss.

1. Visit to Picasso, made in 1949 by Belgian filmmaker Paul Haesaerts shows Pablo Picasso at his home in Vallauris, painting on glass with a camera rolling on the other side of the pane. The full film, running twenty minutes, can be watched in its entirety on YouTube. Combined with The Mystery of Picasso, a two-minute film of time-lapse images of Picasso painting in 1956 by filmmaker Henri-Georges Clouzot, the two films provide a thrilling way to experience work-in-progress by one of the gods of 20th-century art.

2. The Agony and the Ecstasy, British director Carol Reed’s 1965 Hollywood blockbuster based on Irving Stone’s novel of the same name, was nominated for two Golden Globe Awards and five Academy Awards. The story revolves around the conflict between Michelangelo, played by Charlton Heston, and Rex Harrison’s Pope Julius II, during the painting of the Sistine Chapel’s ceiling. It reflects the real-life conflict between Heston and Harrison. The film never made back its $20 million budget, but as a period piece, it is a fun way to learn something about late 16th-century art history.

4. La Belle Noiseuse (The Beautiful Troublemaker), a 1991 Cannes Film Festival award-winning drama directed by Jacques Rivette, frequently appears on lists of best films about art. The fraught relationship between Frenhofer, an aging, formerly famous painter played by French stage and screen actor Michel Piccoli, his wife and muse Elizabeth, and Marianne a beautiful, young, pliant, nude model, unfolds over four hours. More than a classic triangle of love and jealousy, Roger Ebert called it “the best film I have ever seen about the creation of art.”

5. Golub: Late Works are the Catastrophes, a documentary by Kartemquin films follows the trajectory of the passionate, confrontational painter Leon Golub from 1985 to his death in 2004. Golub’s figurative work picturing death squads and other horrors of war comingling with what he called the “disjunctiveness” of modern life resonates with images of hooded prisoners being tortured at Abu Ghraib. The feminist artist Nancy Spero appears in the film as his most ardent and supportive critic, having been married for fifty years. The film demonstrates that the power of Golub’s work is undiminished today.

6. What Remains: The Life and Work of Sally Mann, an intimate, emotionally raw portrait of one of America’s most celebrated photographers was released in 2005. Mann details the process behind the provocative early nude photographs of her children that caused a sensation, propelling her into the limelight, and with it, financial success. We follow her excitedly preparing for a career retrospective at the Pace Gallery in NYC when the show is suddenly canceled four months before the opening. Mann’s newest photographs of death and decay proved too difficult for the dealer to handle. Her recent book, Hold Still: A Memoir in Photographs, won the Carnegie Medal for Excellence in Nonfiction in 2016 and closely reflects the material revealed in the film.

7. Séraphine is a 2008 drama based on the life of self-taught French outsider artist Séraphine de Senlis. Directed by Michael Provost, Yolande Moreau wins high praise playing the unsung artist, a cleaning lady by day who turns her spiritual connection to nature into the physical material to make art. In Séraphine’s hands, blood from animals, oil from church candles, and dirt are transformed on canvas into a fantasia of trees, flowers, and inner light. Generally praised by film critics, it was not a box office hit.

8. Dorothea Lange: Grab a Hunk of Lightning, part of the PBS American Masters series, was broadcast in 2014. Directed and narrated by Lange’s granddaughter, cinematographer Dyanna Taylor, the film combines intimacy of access with the distance that respect demands for one of America's most brilliant photographers. Millions who may not know her name recognize Lange’s iconic images of Depression-era poverty, the Dust Bowl, and WWII Japanese American Internment camps. Lange’s preparation for a retrospective at MOMA in 1966 provides the film’s structure. She died in 1965, a year before the exhibition opened. Harper Collins published Learning to See: A Novel of Dorothea Lange, the Woman Who Revealed the Real America in January 2019.

9. KUSAMA - INFINITY, a portrait of 89-year-old Japanese artist Yayoi Kusama by first-time filmmaker Heather Lenz premiered at Sundance in 2018. The polka dot is Kusama’s signature form and her mirrored Infinity Rooms draw huge crowds. The film chronicles her tumultuous years in New York, struggling for success, a dream she all but abandoned when she returned to Japan. But her devotion to making art never faltered, and in 2014, based on museum attendance, she was declared the most popular artist in the world. Sporting fire engine red wigs, Kusama, ever the feisty individualist, has lived voluntarily in a mental health institution in Tokyo since 1977.

10. Museum Town is not currently screening anywhere, but the official website says "stay tuned for updates." For now, this trailer will have to do. A documentary by Jennifer Trainer that premiered at SXSW 2019, reveals how art transformed the dying factory town of North Adams, Massachusetts into a refuge for contemporary art. The Massachusetts Museum of Contemporary Art, known affectionately as MASS MoCA, arose from the search to find space large enough to house monumental scale contemporary work that had outgrown a traditional museum setting. It opened in 1999 with nineteen galleries encompassing over 100,000 square feet of exhibition space. Now, it has expanded to over 250,000 square feet and is the largest site for showcasing contemporary art in the world.