Why the Iconic Athenaeum Portrait of Washington was Never Finished 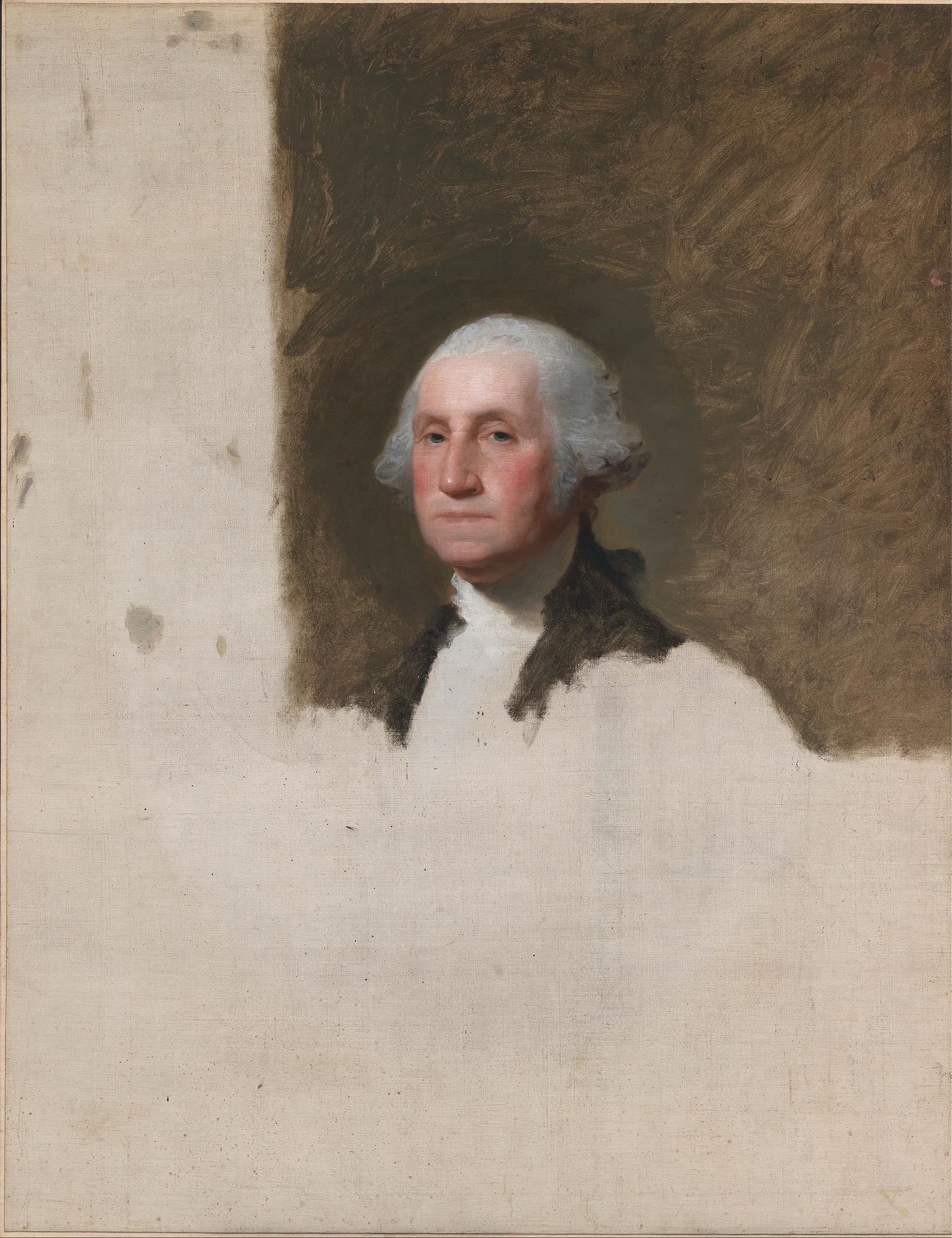 George Washington’s image has been depicted nearly everywhere, from a mountainside to U.S. currency, and his face is easily one of the most recognizable in American history. Ironically, the most iconic portrait of the president was never completed. 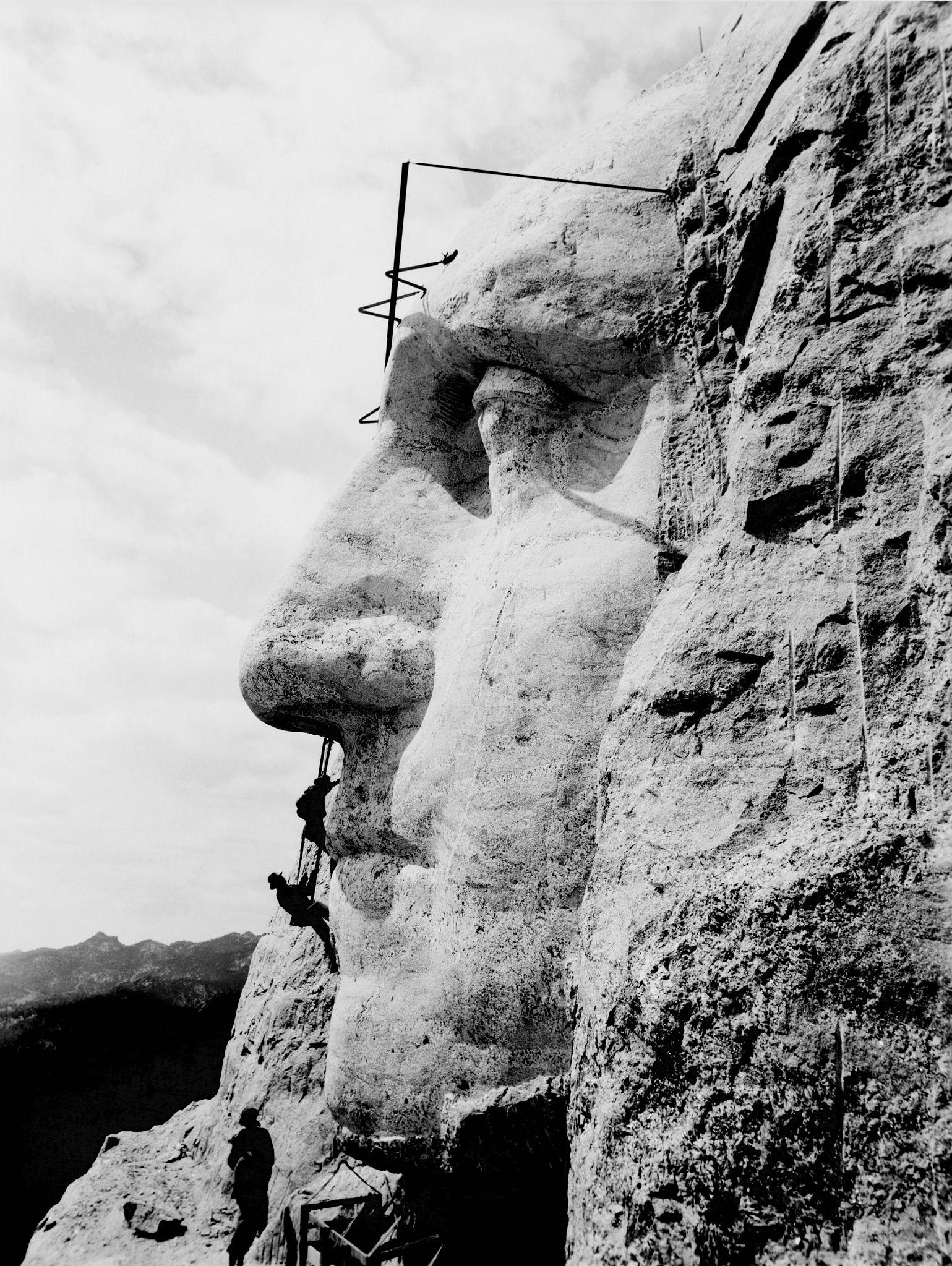 Construction at Mount Rushmore of George Washington's likeness, circa 1932.

The 1796 Athenaeum Portrait by Gilbert Stuart only captures the head and neck of a sixty-five-year-old George Washington who stands out sharply against an unfinished background.

The story behind Stuart’s incomplete work is almost as fascinating as its subject. According to the artist’s contemporary Rembrandt Peale, Stuart captivated Martha Washington with another portrait of her husband so deeply that she commissioned a second painting for herself.

Washington agreed to sit for Stuart, however, the artist did not want to give up this new portrait because he knew that he could use it as a model for future commissions. Stuart purposely left the work unfinished and began to create and sell copies.

He reportedly called these copies his “hundred dollar bills'' after the price he charged for them. It is believed that Stuart ultimately copied 130 portraits from the unfinished work commissioned by Martha Washington. Of those, around sixty survive today.

One of Stuart's many copies of the Athenaeum Portrait. This one was completed in 1825 and currently resides at Walters Art Museum in Baltimore.

When Stuart died in 1828, he passed the unfinished portrait down to his daughter, Jane Stuart, who held onto it for a couple of years. Then, in 1831, the Trustees of the Boston Athenaeum, with money from the subscriptions to the Washington Monument Association, purchased the portrait for $1,500 ($36,500 in 2020).

The portrait was then transferred and displayed at the Boston Athenaeum, where the portrait would get its name. Finally, in 1876, it was sent to the Museum of Fine Arts in Boston where it remains today.

Despite its incompleteness, this image of Washington’s face is what most Americans picture in their minds when asked to imagine their first president. This is surely a result of the portrait serving as the model for the depiction of Washington on the United States' one-dollar bill.

The importance of this unfinished masterpiece cannot be understated. Its legacy was perfectly summed up by John Neal, an early nineteenth-century writer, who wrote, “Though a better likeness of him were shown to us, we should reject it; for, the only idea that we now have of George Washington, is associated with Stuart’s Washington.”