How the Most Precise Bombing Run of WWII Saved Florence's Masterpieces 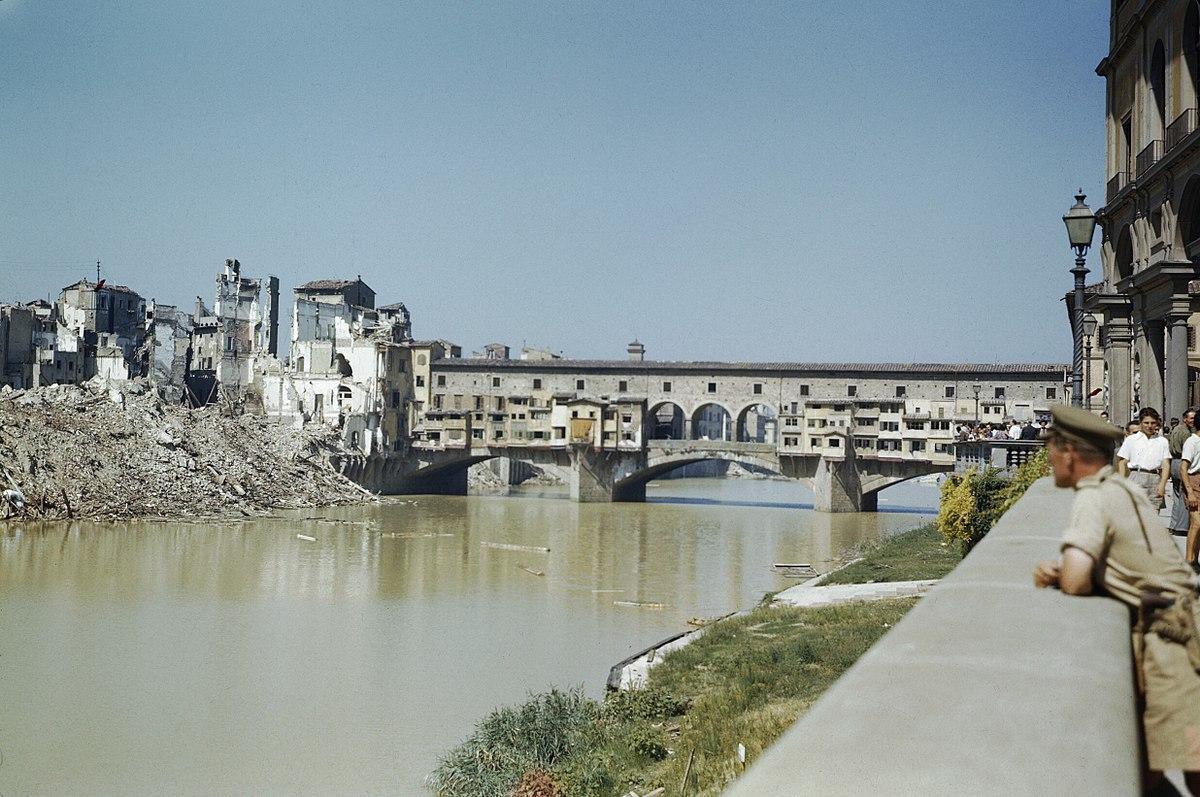 British officer views the damage to the Ponte Vecchio from the east just after the liberation of Florence on August 11, 1944, during World War II

The presence of a U.S. Army film crew was unusual. Even stranger was the day's mission route. Still rubbing the sleep from his eyes, 28-year-old Lt. Benjamin McCartney squinted at the blue line stretching from Sardinia’s Decimomannu Airdrome to the heart of the Italian mainland. As the young pilot later recalled, the realization hit him hard and fast.

"Florence! We were to bomb Florence!"

The date was March 11, 1944. By now the US Army had been actively engaged in the Italian theater for roughly six months, clawing its way northward from an original foothold on the outskirts of Naples. Recent progress, as McCartney was well aware, had been piecemeal. Though the Mussolini regime had all but collapsed shortly after the Allied landing, German forces had rushed to fill the void, holding the Allied advance to twin chokeholds at Monte Cassino and Anzio. Faced with a desultory stalemate on land, it had become increasingly clear to all involved that only decisive air power could turn the tide. 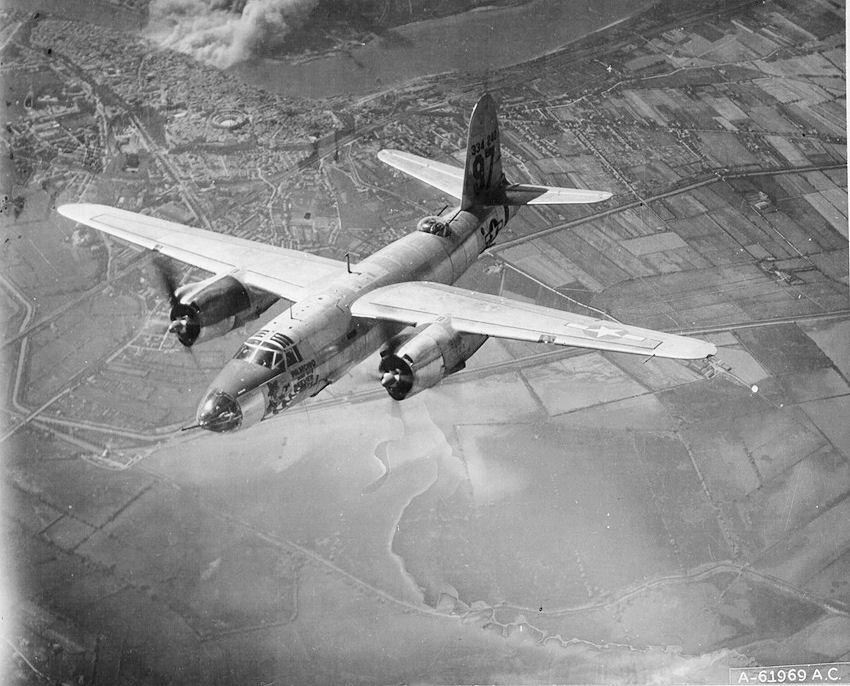 American B-26 bomber over Covigliano, Italy

McCartney's briefing commander strode into the room. He got straight to the point. Beginning at 0920, seventy-eight B-26 Marauders would depart the air base to drop 145 tons of high explosives on Florence's Santa Maria Novella train station—the central rail hub for all Geman supplies destined for Monte Cassino and Anzio. It was the first time the city's downtown had been designated as a primary bombing target. A chorus of low whistles pierced the quiet.

"We've been hitting targets around Florence for a long time," the commander continued, broaching the question on everyone's mind, "but we haven't actually hit the city itself because approximately ten percent of the world's art treasures are located right here in Florence." The commander stared purposefully at the pilots before him, many of whom were still in their late teens. "We've got to be very careful."

Custom "Shinnie" maps were shortly distributed highlighting the city's chief artistic landmarks. A patchwork of numbered white rectangles indicated the sites that were not to be damaged under any circumstances. 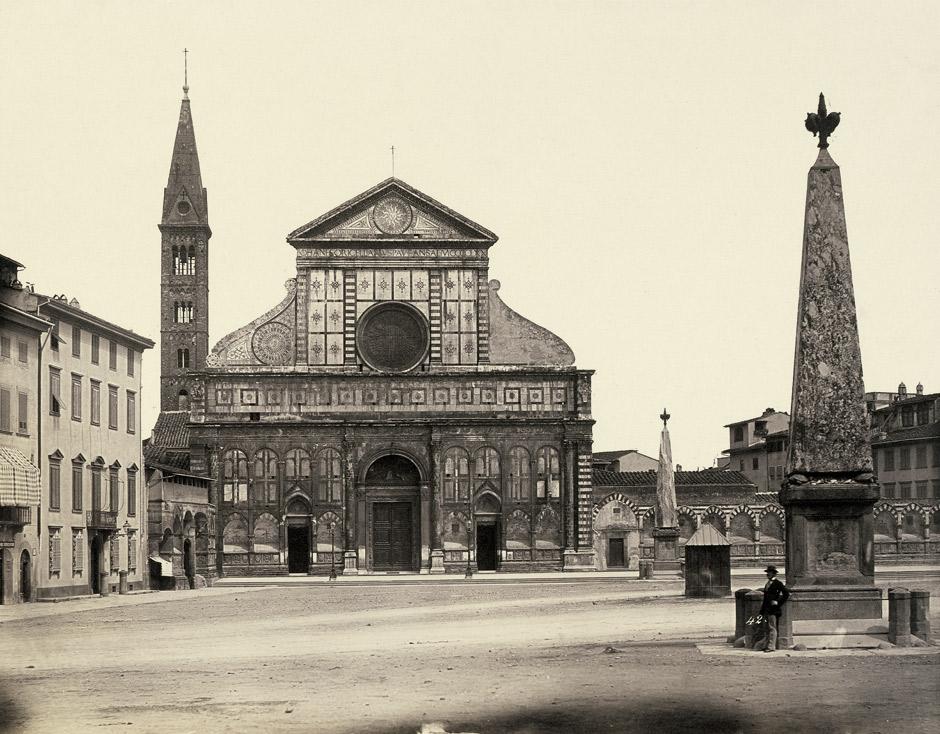 "Sure got a lot of things we can't hit," one pilot noted ruefully.

The timing, however, would be even more daunting. Florence's "marshaling yards" (as they were known in military parlance) were just 400 feet wide and 2,000 feet long. Traveling at a groundspeed of 327 feet per second, bombardiers would only have a few moments to drop their payloads. As McCartney was all too aware, stray seconds could easily put a bomb in the Duomo, the Uffizi, or the Ponte Vecchio. The Basilica of Santa Maria Novella—Florence's oldest—was just 426 feet from the train station that shared its name. "Smaller than Rome, and more compact," as McCartney later wrote, "the beautiful city along the Arno presented targets that seemed impossible to attack without causing irreparable damage to things long precious to all humanity." 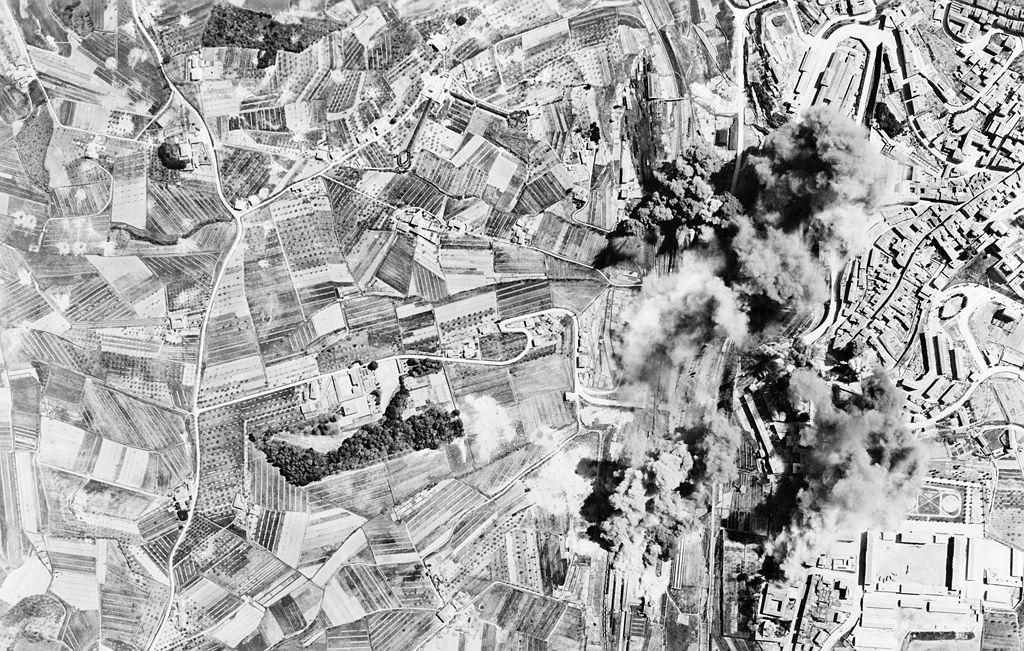 And yet, miraculously, the mission went off without a hitch. In the words of writer Robert Edsell, author of Saving Italy: The Race to Rescue a Nation's Treasures from the Nazis, the resulting aerial strike "may well have been the most precise bombing mission of the war." Every bomb, without exception, landed in the target area.

Beyond demonstrating that it was possible to partner military and artistic priorities, the mission would also prove to be a watershed moment for the expansion of precision bombing techniques in the Italian theater. As General Eisenhower had counseled his commanders less than three months prior, "Today we are fighting in a country which has contributed a great deal to our cultural inheritance, a country rich in monuments...we are bound to respect those monuments so far as war allows." 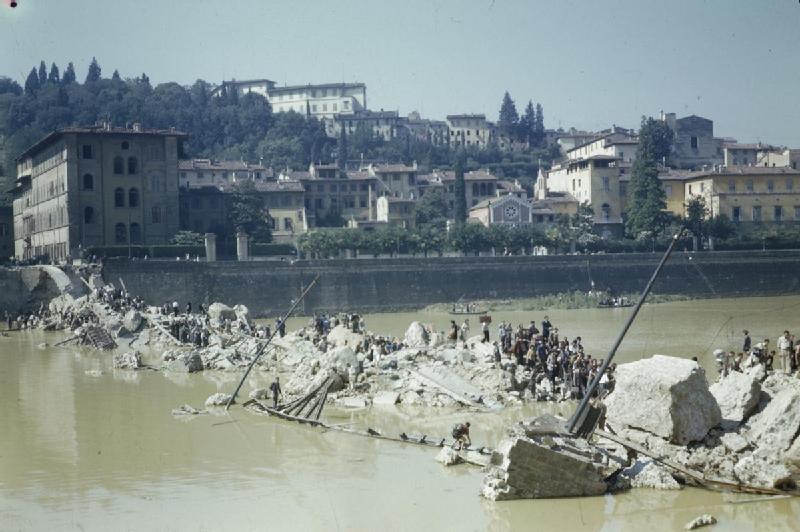 Civilians clambering over the ruins of the Ponte Alle Grazia, one of the bridges over the River Arno destroyed by the Germans before evacuating Florence on August 11, 1944. With the arrival of the British forces, the civilians were returning to the north side of the river.

That had been the ideal. Elegant on paper but seemingly implausible in practice.

But now, in the birthplace of the Renaissance, was proof that it was actually attainable.

Ian M Shank holds B.A. degrees in History and Italian Studies from Brown University and is an MFA candidate in Nonfiction Writing at the University of Iowa.

Zaha Hadid's Architecture of the Future
Dubbed the “queen of curve,” Zaha Hadid was an Iraqi-British architect who shaped modern cities the world over.

6 Sensational Viewing Room Shows Across the Americas
Nothing can compare to actually seeing art in person, but online exhibitions that are chock-full of content is undoubtedly the next best thing.

Jasper Johns turns 90
This May, legendary American artist Jasper Johns celebrates his 90th birthday, an opportune time to reflect on his legacy as well as his impact on the art world.

6 Sensational Viewing Room Shows Across the Americas
Nothing can compare to actually seeing art in person, but online exhibitions…

What's in a Name: 5 Retitled Paintings
Many famous paintings that have gone by different names over the years.