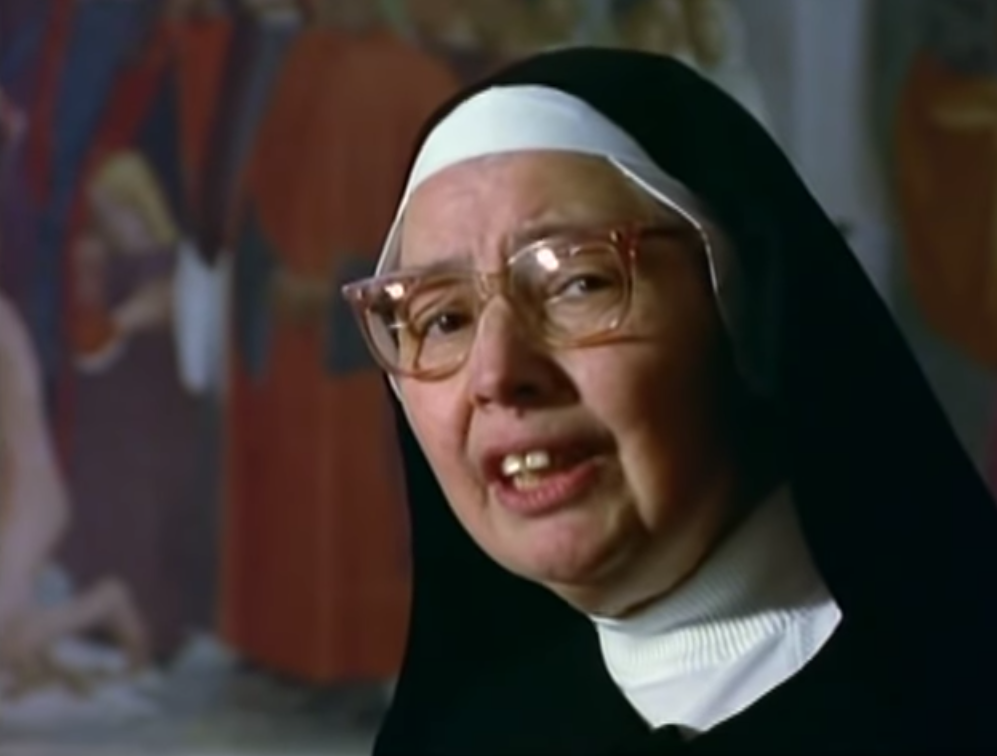 One of the most popular and most unlikely art historians the world has known died yesterday at the age of 88. Wendy Beckett, better known as Sister Wendy, brought great art to the masses through her BBC specials and 25 published books. A consecrated nun who lived as a hermit when she wasn’t an international tv star, Sister Wendy was highly knowledgeable, but it was her passionate approach and dramatic explanations that made art accessible to a wide audience. 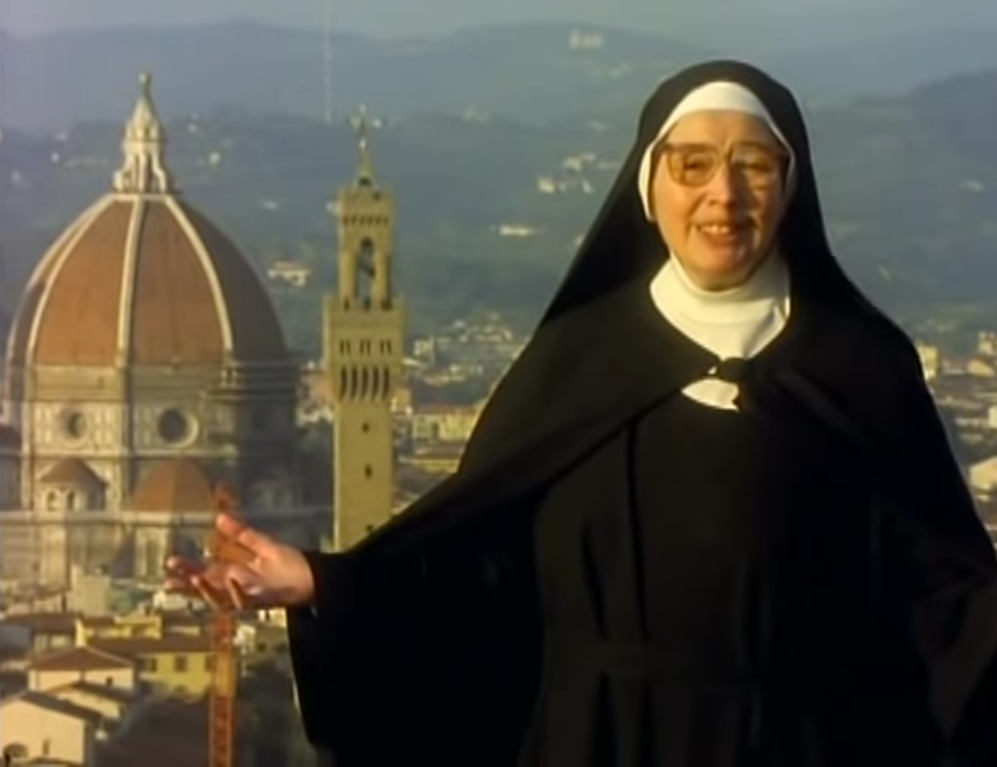 Born in South Africa in 1930, Sister Wendy entered the Sisters of Notre Dame de Namur, an order devoted to education, at age 16. She went on to study at the University of Oxford, after which she taught English, all while maintaining her religious vows, which included four years of silence, and a life of poverty. She published her first book in 1988, Contemporary Women Artists, for which she traveled across England for studio visits.

In 1992 she filmed her first special for the BBC, the six-part Sister Wendy’s Odyssey, which took her on a pilgrimage across England and Scotland to view great works of art. This was followed in 1994 with a 10-part series, Sister Wendy’s Grand Tour, which entailed visiting the great museums of Europe. Clad in a black habit, wearing large eyeglasses, and speaking with a distinctive speech impediment, Sister Wendy explained and reacted to famous paintings with a sense of wonder and joy that was contagious. The frankness with which she talked about nudity and sexuality was seemingly at odds with the strict religious lifestyle she lived, but she approached the subjects with ease, grace, and even humor.

Sister Wendy went on to film seven specials and enjoy international fame. When she wasn’t visiting galleries, taping interviews, or writing books, she lived a modest life of solitude and prayer at a Carmelite monastery at Quidenham, Norfolk, where she passed this week.