Origin of Mysterious Inscription on Munch’s “The Scream” Confirmed 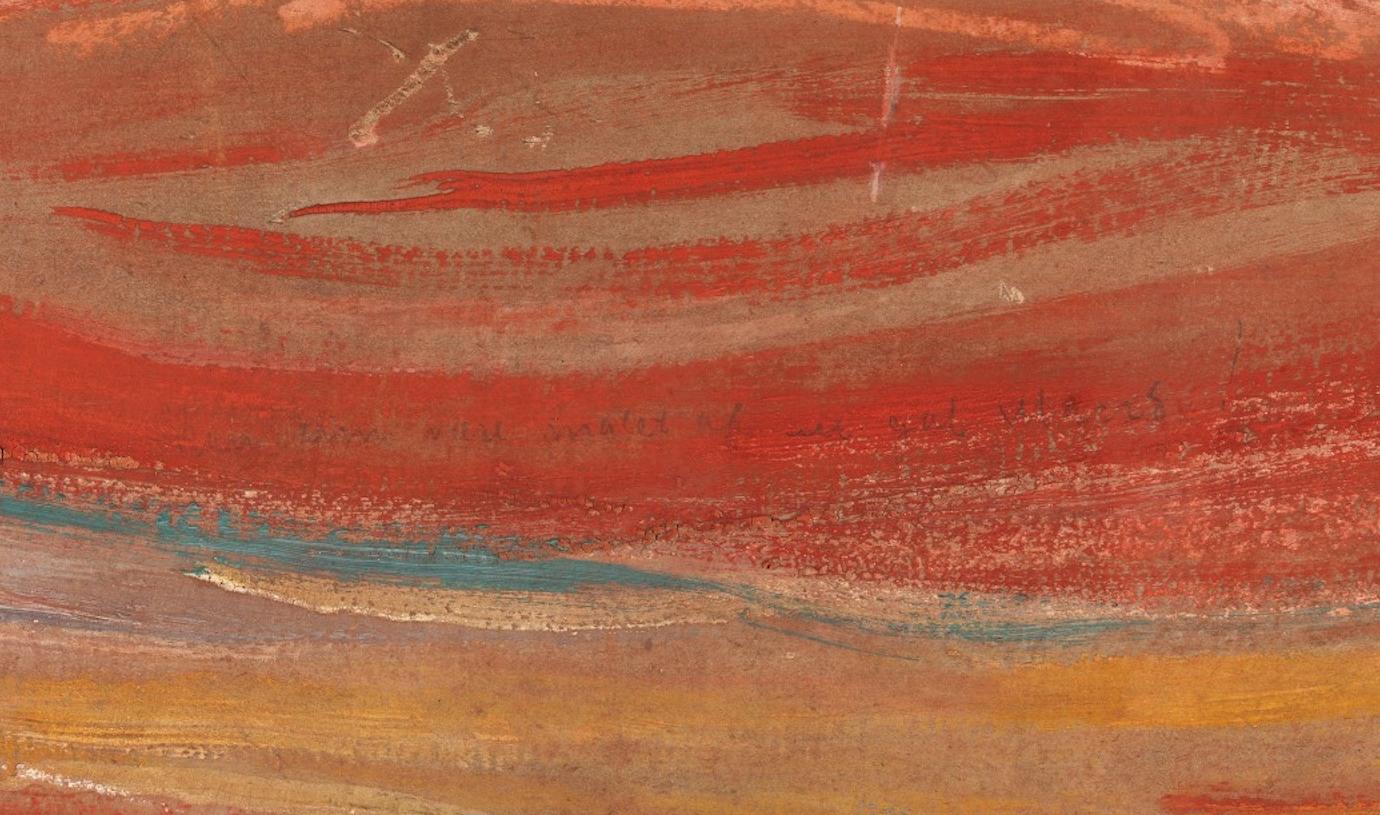 Courtesy of Nasjonalmuseet and Borre Hostland.

Edvard Munch, Detail of The Scream, 1893. Oil, tempera, and pastel on cardboard. National Museum of Norway.

New conclusions have been reached regarding a mysterious inscription in Edvard Munch's iconic painting, The Scream. The inscription, scrolled in tiny letters across the painting's top left corner, reads “Can only have been painted by a madman!” The inscriber’s identity has been a source of debate for decades.

One of the best-known pieces of modern art, The Scream was not well received when it was first unveiled. The general public found it unsettling and many of the Norwegian Expressionist's contemporaries openly wondered if the painting was evidence of Munch’s madness. Because of this, many have believed that the inscription was a work of vandalism. Now, however, a study conducted by the National Museum of Norway has concluded that Munch himself was behind the inscription. 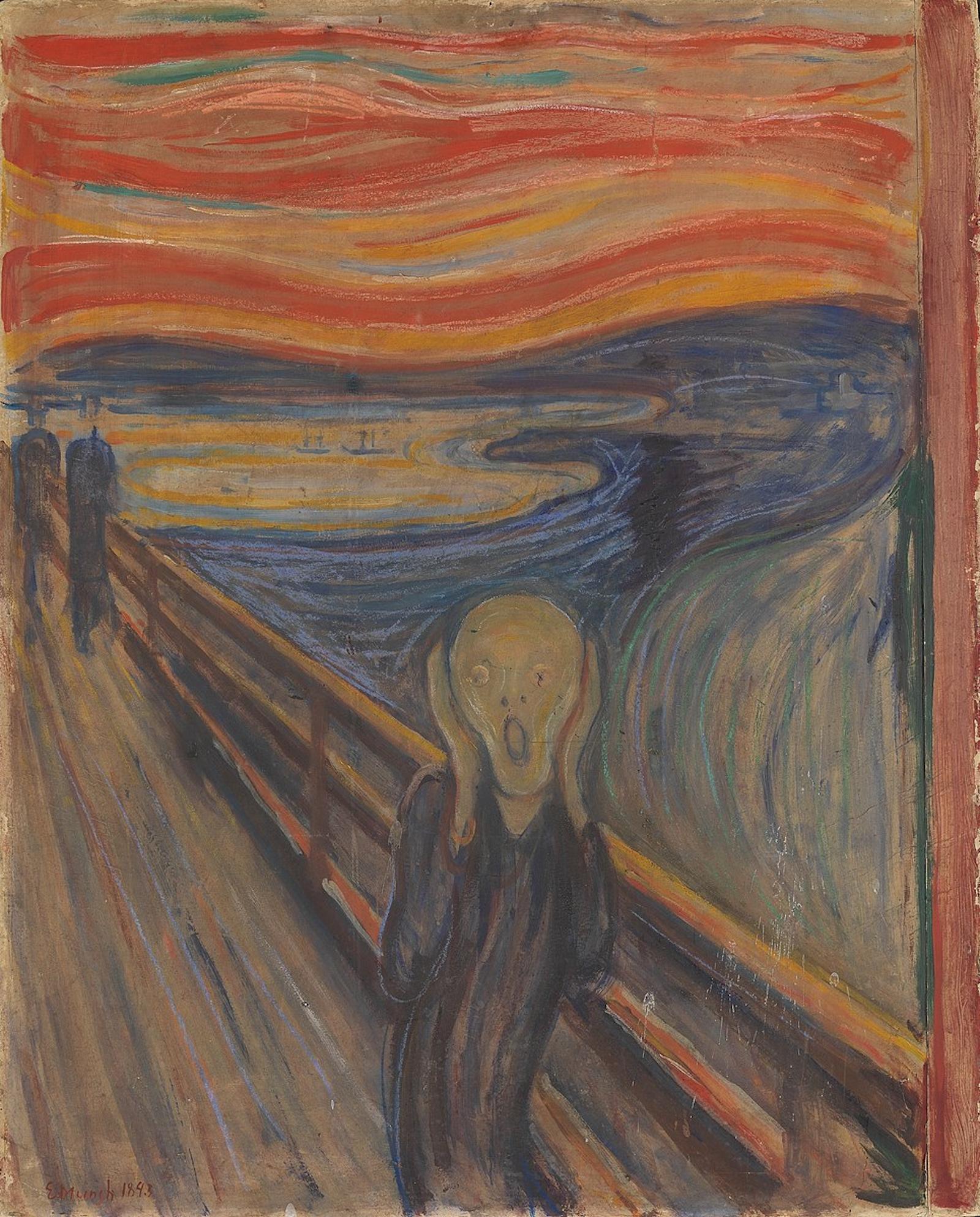 Edvard Munch, Detail of The Scream, 1893. Oil, tempera, and pastel on cardboard. National Museum of Norway.

The museum, which is set to open in 2022, is the product of several museum closings. Artworks from former museums including Norway's National Gallery, Museum of Architecture, Museum of Decorative Arts and Design, and Museum of Contemporary Art have been compiled and will exist within this new museum’s collection.

The Scream is apparently one of several masterpieces that have been conserved and examined by the National Museum since the old National Gallery closed. As part of this examination, curators used infrared technology to assess the message and determined that it was indeed added after the painting was finished. Infrared photography also made the inscription stand out brilliantly against the background, making detailed analysis of the handwriting itself possible for the first time.

Curators are now confident that the handwriting on the painting matches that of the artist. Additionally, Munch’s diary entries show that he was deeply affected by and fixated on the public ponderings of his mental health. This kind of attention would likely put a strain on anyone's mental health. And such talk would be especially difficult to swallow if generated by the release of one's own precious artwork.

Courtesy of Nasjonalmuseet and Borre Hostland.

The museum also looked at events between the painting’s creation, in 1893, up to the first notation of the inscription which occurred in conjunction with a Copenhagen exhibition in 1904. October of 1895 stood out to the investigators. Though Munch had exhibited The Scream internationally, this was the first time a Norwegian audience would see his work. Henrik Grosch, an art critic and, at the time, the director of the Norwegian Museum of Decorative Arts and Design, wrote the painting indicated Munch could no longer be considered, “a serious man with a normal brain.”

After the exhibition, a local student society held an event to discuss the painting and its criticism. The National Museum believes Munch was at this talk—there are records of him repeatedly mentioning it after 1895. If this is true, then he overheard medical student Johan Scharffenberg openly remark that Much was not a normal human being.

Head curator Mia Britt Guleng concluded in a story released by the museum, "The writing is without a doubt Munch's own. The handwriting itself, as well as events that happened in 1895, when Munch showed the painting in Norway for the first time, all point in the same direction."