“The history of photography has not been linear and conservative but centrifugal…Like an organism, photography was born whole. It is in our progressive discovery of it that its history lies.” 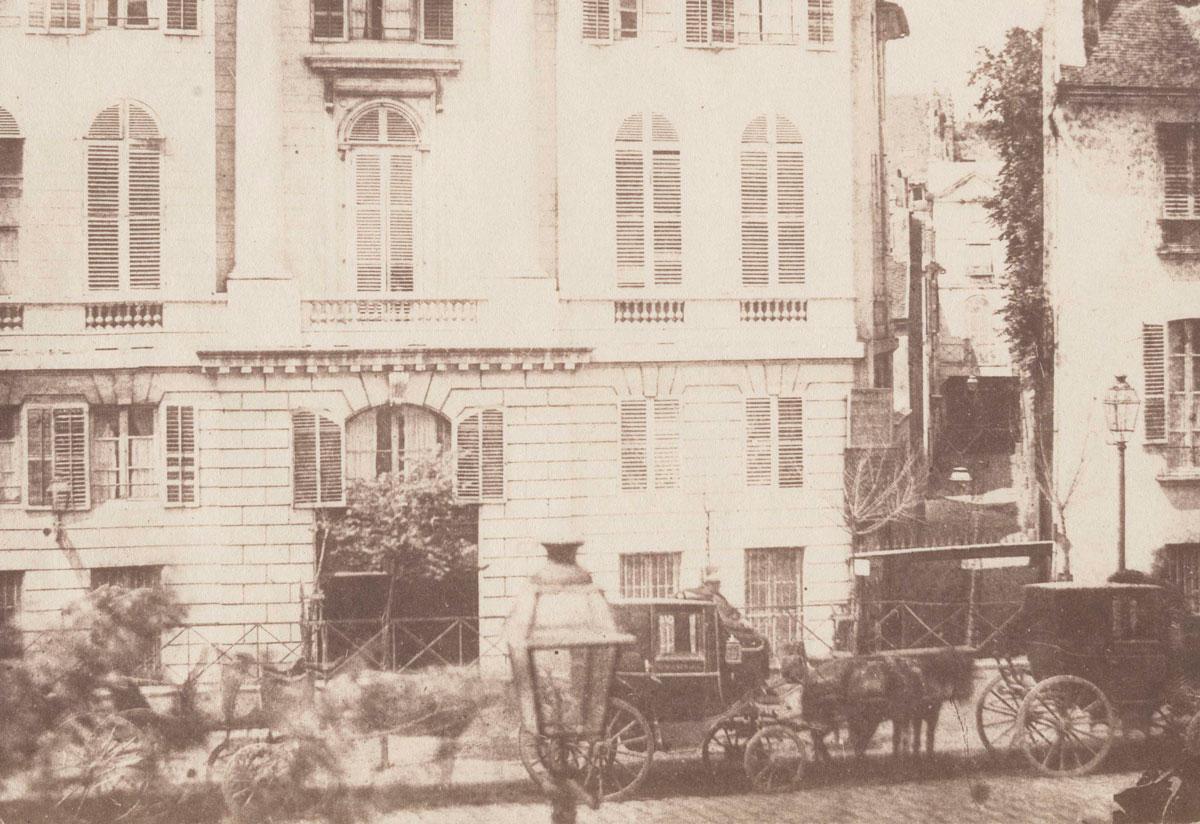 The Museum of Modern Art (MoMA) in New York City explored the creation of the museum’s extraordinary photography collection and the role of one of the nation’s most important patrons of photography in making it so in the exhibition The Shape of Things: Photographs from Robert B. Menschel. The show, curated by Quentin Bajac, MoMA’s chief photography curator, drew from over 500 images that were acquired by the museum over the last forty years with Menschel’s support, as well as a recent promised gift of 162 images from his personal collection. Menschel, who chaired the museum’s board of trustees between 2005 and 2007, first joined the museum’s committee on photography in 1977, subsequently chairing the photography committee between 1998 and 2002. His patronage extends beyond MoMA to the National Gallery of Art in Washington, D.C., the Metropolitan Museum of Art, and the Light Work photography center at Syracuse University.

The exhibition took its title from a photograph in Carrie Mae Weems’ 1993 series, Africa, for which she photographed places in Djenné, Mali, linked to the West African slave trade. As an image, The Shape of Things to Come is open to multiple readings—at turns documentary, mythical, modernist, and conceptual. By suggesting that a photograph can serve multiple functions and sustain multiple readings, the image served as a visual and intellectual frontispiece to the exhibition.

Bajac organized the show into three, roughly chronological parts, suggesting a certain forward, progressive motion to the history of photography as it unfolded over the last three centuries. Chronology also functioned as an organizing principle to trace Menschel’s evolving sense of photography as he worked with curators such as John Szarkowski and Peter Galassi to steward the museum’s acquisitions, and, at the same time, chose images for his personal collection. 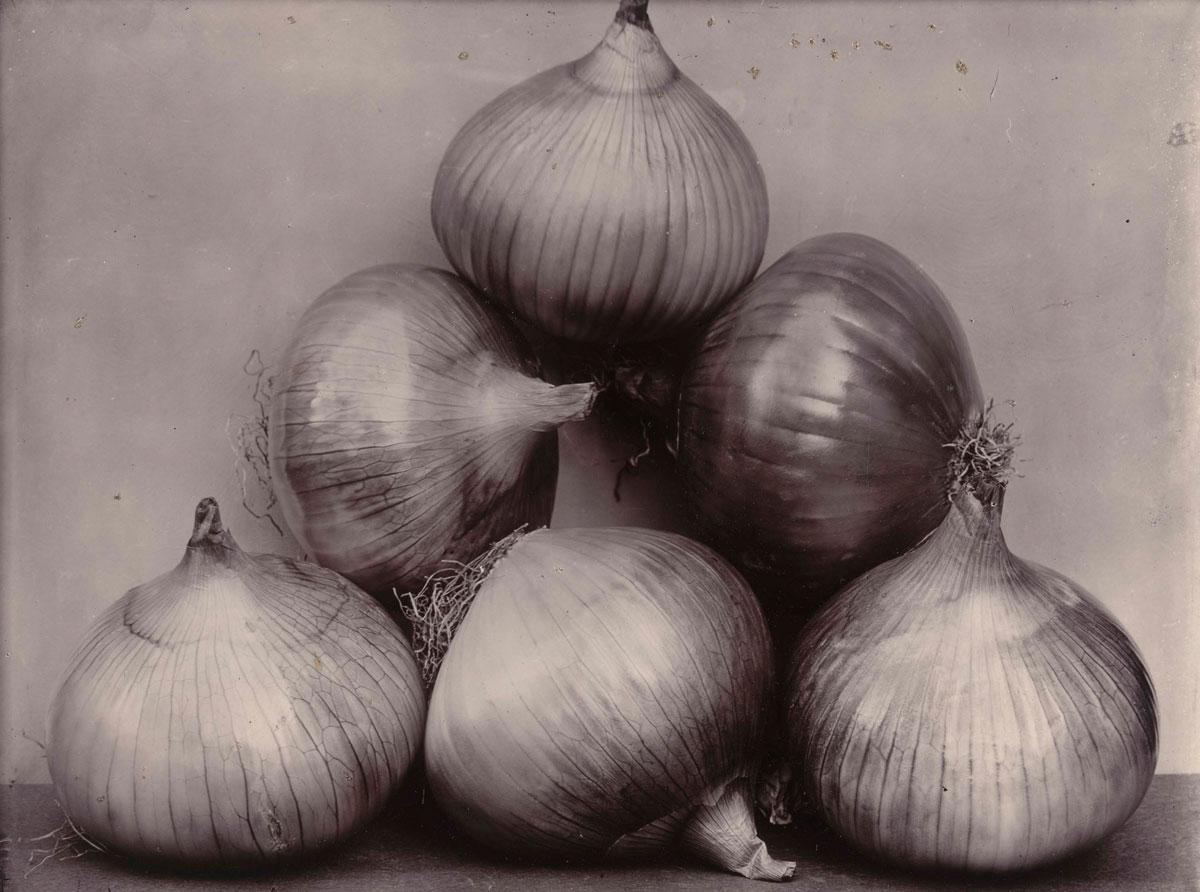 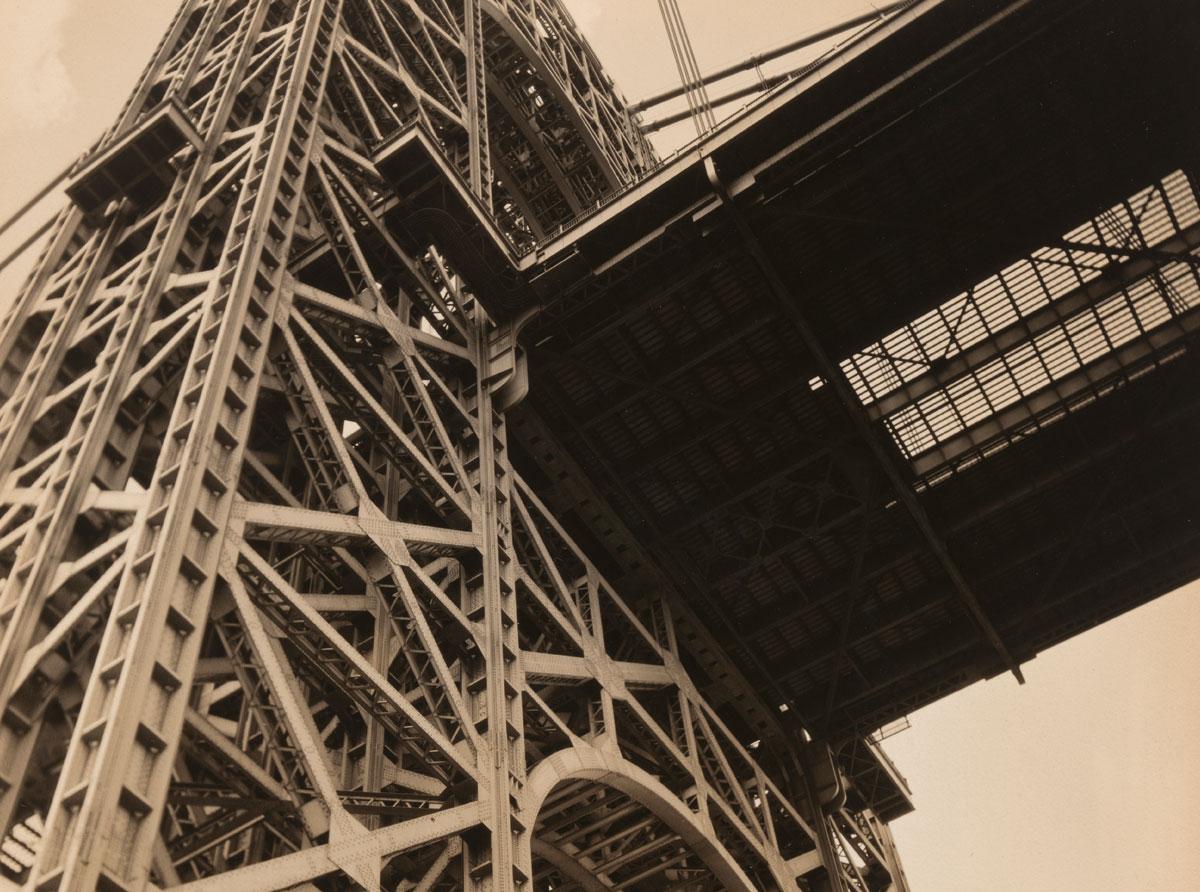 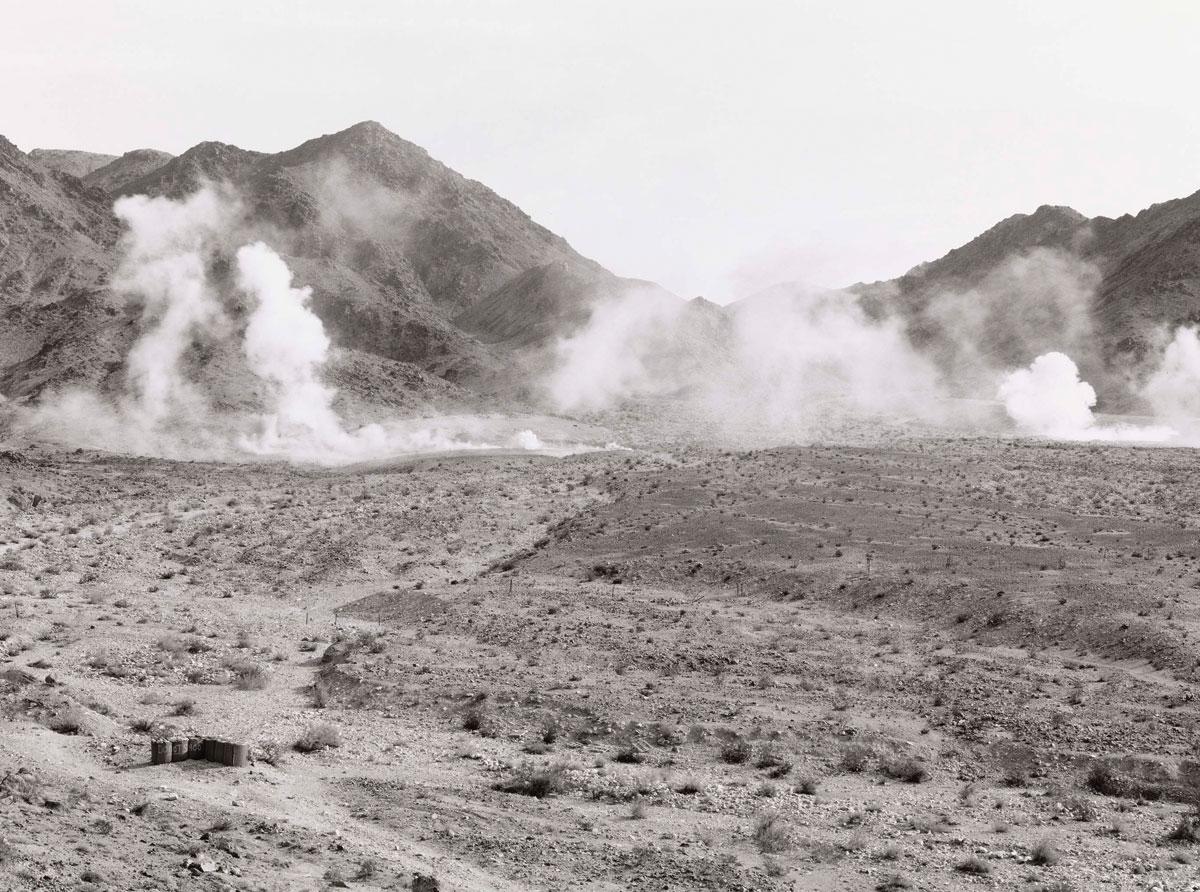 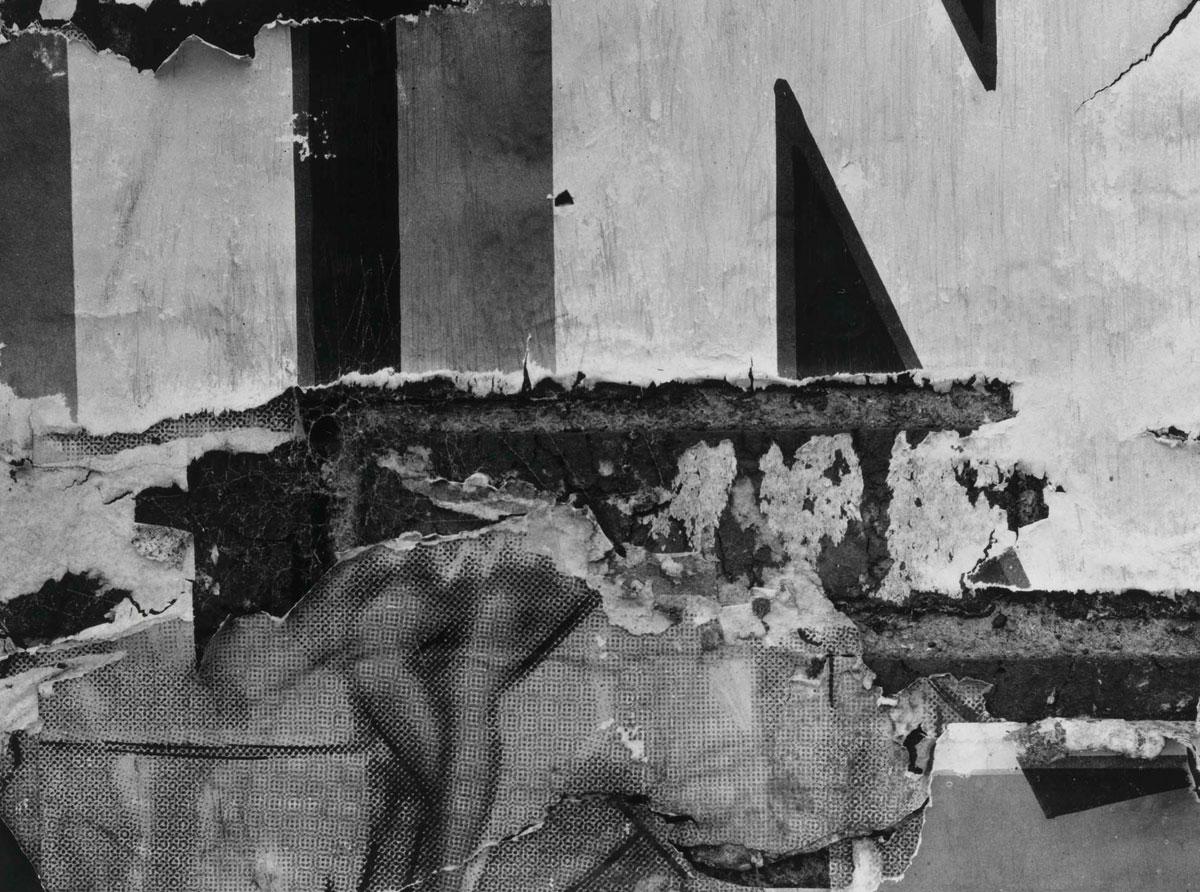 The show’s first section, titled “Truthful Representations,” spotlights how photographers working between 1840 and 1930 used the camera to transcribe the natural world. The evidentiary wonder of early photography is visible in an albumen silver print of an oak tree made by Eugène Cuvelier and Roger Fenton’s salted paper print of a Greek bust. It’s sheer pleasure to linger over the restrained directness of Rue Basse des Remparts, a street scene made by William Henry Fox Talbot in Paris in 1843. Images such as these are, at first glance, easy to take in: visually they are immediate and uncomplicated, seemingly transparent in their composition and subject matter.

Bajac described the show as a “non-comprehensive history of photography in one hundred images.” His decision to simultaneously uphold and subvert chronology drives the show’s main insight: that photography’s dominant modes—documentary, commercial, aesthetic—were linked from the start: “Works from different periods, rather than being antagonistic, correspond with and enrich each other.”

Consider, for example, Pont Neuf, an albumen silver print of a Paris street lamp taken from an album assembled by French photographer Charles Marville, who catalogued different types of gas street lamps for the Exposition Universelle in 1878. Seen in the context of Bernd and Hilla Becher’s iconic typology, Cooling Towers, made in 1973, which hangs nearby, Marville’s album seems prescient, as much conceptual as evidentiary. Then there is the turn-of-the-century work of the British gardener Charles Harry Jones, whose coolly composed, gold-toned silver gelatin prints of vegetables, fruits, and flowers were discovered in London in 1981. Jones used the camera as an immediate documentary tool, yet his images are entirely controlled in their composition, presaging modernist photographers such as Edward Weston and Karl Blossfeldt with breathtaking austerity.

Bajac writes in his introduction to the exhibition catalogue that the appeal of adhering to “classic chronological order” is because it “conceive[s] of history as an evolution in which causes produce effects.” But using the past to illuminate the present can obscure as much as it illuminates. “The history of photography, long confined to a simple, linear unfolding,” he proposes, “should be considered instead as a space of cross-pollination and connection in many directions and at different points of time.”

In that spirit, the exhibition’s second section, “Personal Experience, 1940–1960,” questions the idea that photography’s central aesthetic capacity revolves around the neutral gaze so often the signature of nineteenth-century photography. In the hands of Alfred Stieglitz, Berenice Abbott, Harry Callahan, Aaron Siskind, and Lee Friedlander, among others, photography emerges as a subjective medium, each image the product of a photographer’s unique vision. In other words, photography becomes modern in multiple senses of the term when its style is controlled by the photographer’s singular eye, as with Siskind’s abstraction or Weegee’s boisterous immediacy.

The show’s final segment, “Directorial Modes, 1970s and Beyond,” emphasizes images that, as critic A.D. Coleman puts it, are “instigated” by the photographer, “causing something to take place which would have not occurred had the photographer not made it happen.” Method supersedes style, producing eclectic images that question the import or veracity of what they claim to document. In the ten images on display from William Wegman's portfolio, Man Ray, Wegman uses the occasion of photographing his Weimaraner, named for the Dadaist and Surrealist artist, to ironically reprise a range of photographic styles, from portraiture to street photography. In doing so, he spotlights the conceptual underpinnings of documentary photography. Images from Joan Fontcuberta’s Herbarium series imitate the straight style of botanical studies yet are entirely fabricated and fictionalized.

Hiroshi Sugimoto’s triptych, Adriatic Sea, Gargano I, resonates with Marville’s and the Bechers’ typologies, but is also a study in grayscale formalism. Images from An-My Lê’s documentary series, 29 Palms, read like documentary but are not purely so. Shot at a Marine Corps training facility in the Mojave Desert during the Iraq War, they document the rehearsal for combat, not the frontlines. Taken at a distance, they resemble Alexander Gardner’s battlefields more than they do modern photojournalism.

Writing in the catalogue essay for The Photographer’s Eye, MoMA’s 1964 exhibition that spanned photography’s history, Szarkowski offered an account of the medium that explains why The Shape of Things is filled with images that are at once familiar and surprising: “The history of photography has not been linear and conservative but centrifugal…Like an organism, photography was born whole. It is in our progressive discovery of it that its history lies.”