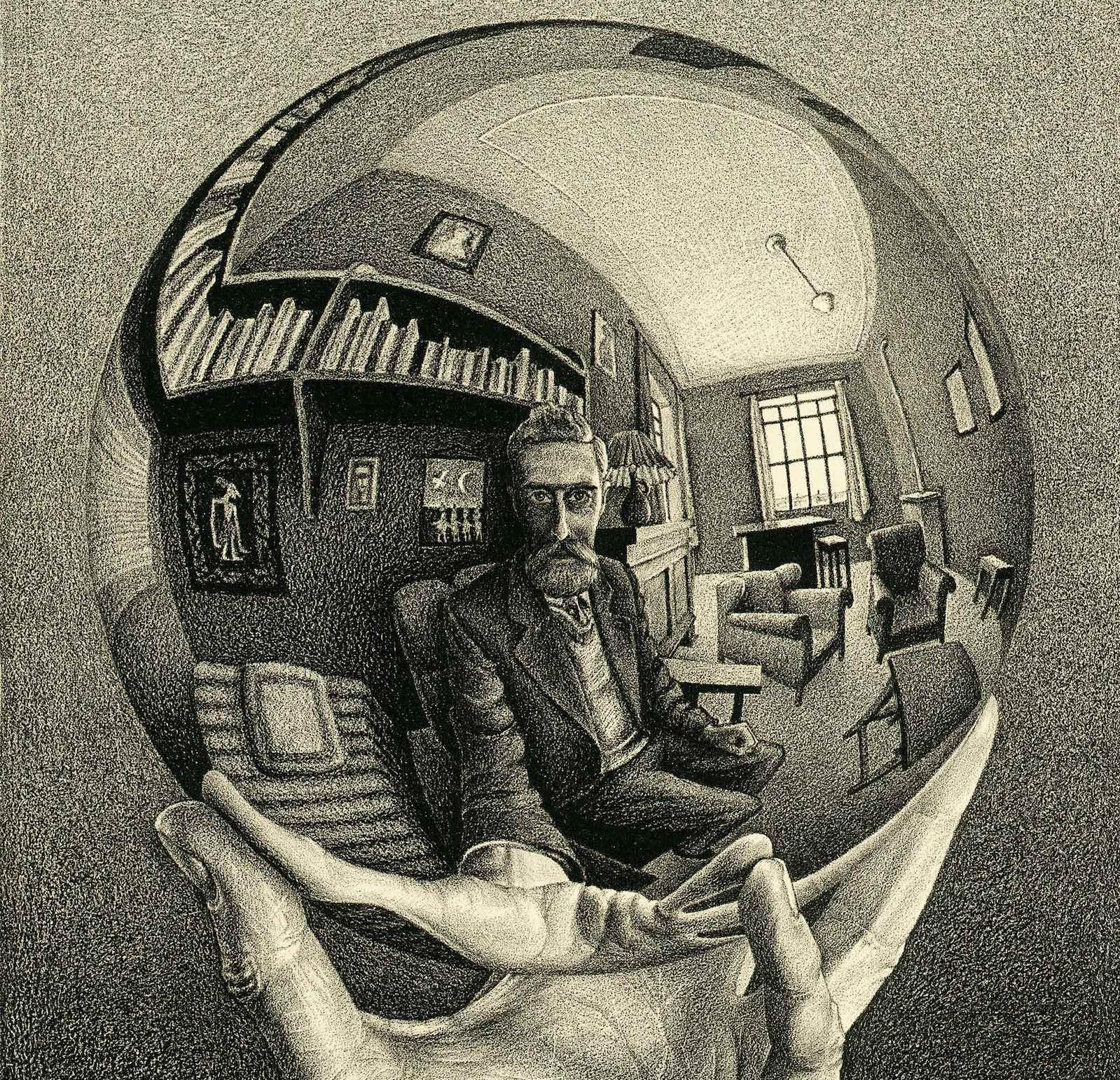 Artists offer filmmakers endlessly seductive subject matter providing viewers the opportunity to unlock the secrets of creativity. How close we get to knowing any artist’s motivation to do what they do is one way to gage a filmmaker’s success. When that artist is no longer alive and is as enigmatic as the influential Dutch graphic artist M.C. Escher (1898-1972) the challenge is to present the artist as an intimate, living presence in the film. In the new documentary, M.C. Escher: Journey to Infinity filmmaker Robin Lutz utilizes sound to create a visceral connection between the artist and his audience. From the first click of footsteps entering a room before the opening credits we assume the unseen character is Maurits Cornelis Escher. 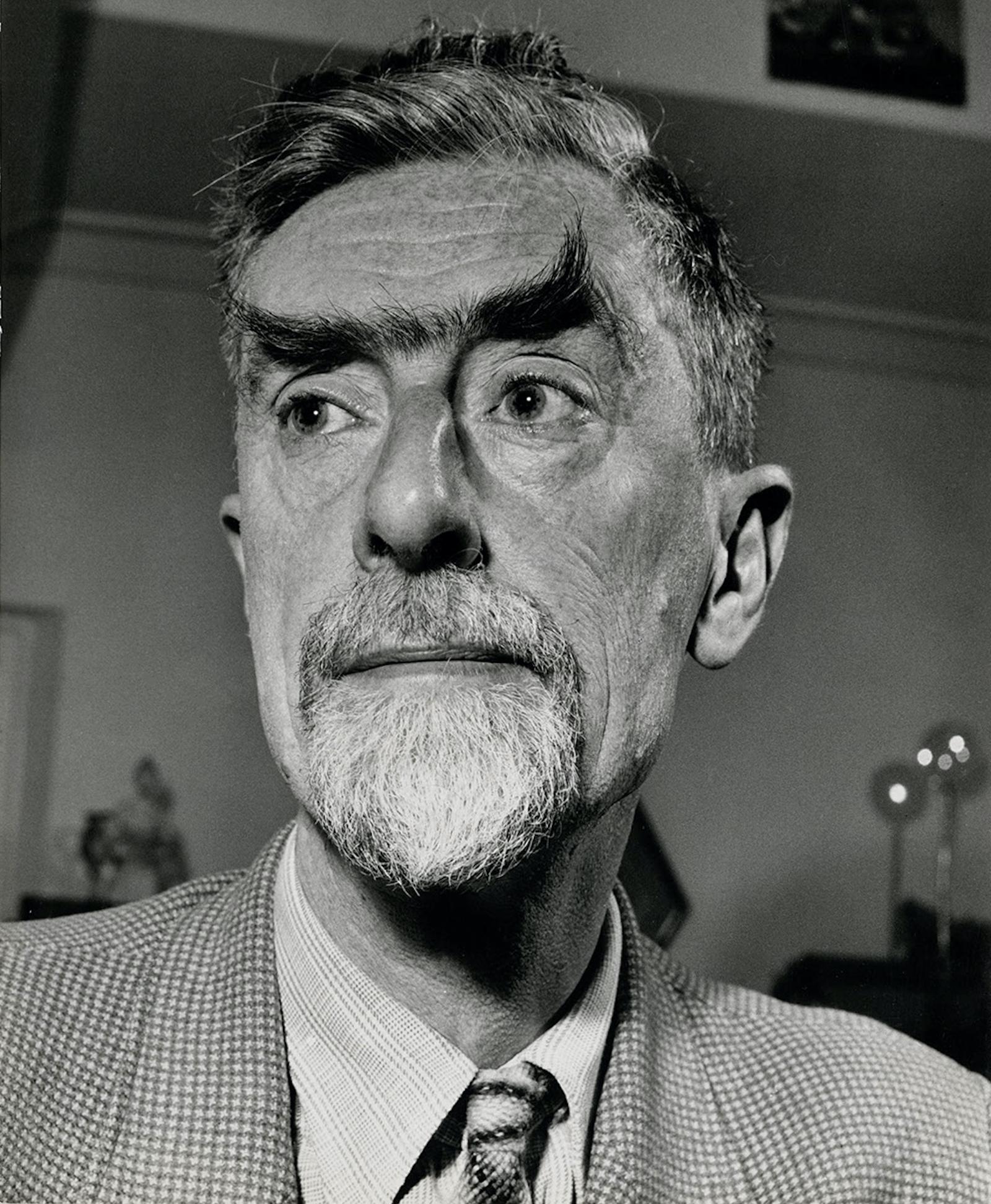 We hear him sit down and load paper on an old manual typewriter. He begins to type. A close-up of the clanking metal keys spells out, “I am afraid there is only one person in the world who could make a good film about my prints; me.”

A disembodied Escher self-portrait appears on the screen. His art represents him. The filmmakers have made good on the artist’s declaration to tell his own story. By using Escher’s words lifted from diaries, letters, and other accounts to guide us in this inventively envisioned film, we begin to understand his life and art.

A sensual, bluesy score plays as the camera slowly pans, in close-up, over what appears to be rounded hills of a softly lit moonscape. Underlying the music is a buzzing sound. The camera pulls back, and we see the curves are not hills in a moonscape but a woman’s body and the buzz emanates from a tattoo-artists needle as he etches a classic Escher-inspired design across the woman’s naked back. To tell Escher’s story Lutz has employed the element of surprise and a similar delight in fool-the-eye conundrums utilized by the artist in graphic works that seamlessly morph from one thing into another before our eyes.

Stephen Fry, the British voice-over actor known for his audiobook readings of all seven Harry Potter novels narrates, bringing to life Escher’s wry comments about his education and the development of his artistic methodology. Archival footage, still photos, and clever 3-D animation of Escher’s paradoxical prints moves the story forward. Musician Graham Nash, of the iconic folk-rock group, Crosby, Stills, Nash, and Young, relates his discovery of Escher’s work back in the 1960s declaring, “He changed my life.” Nash contacted Escher to tell him what a great artist he was and was stunned when Escher replied, “I’m not an artist, I’m a mathematician.” 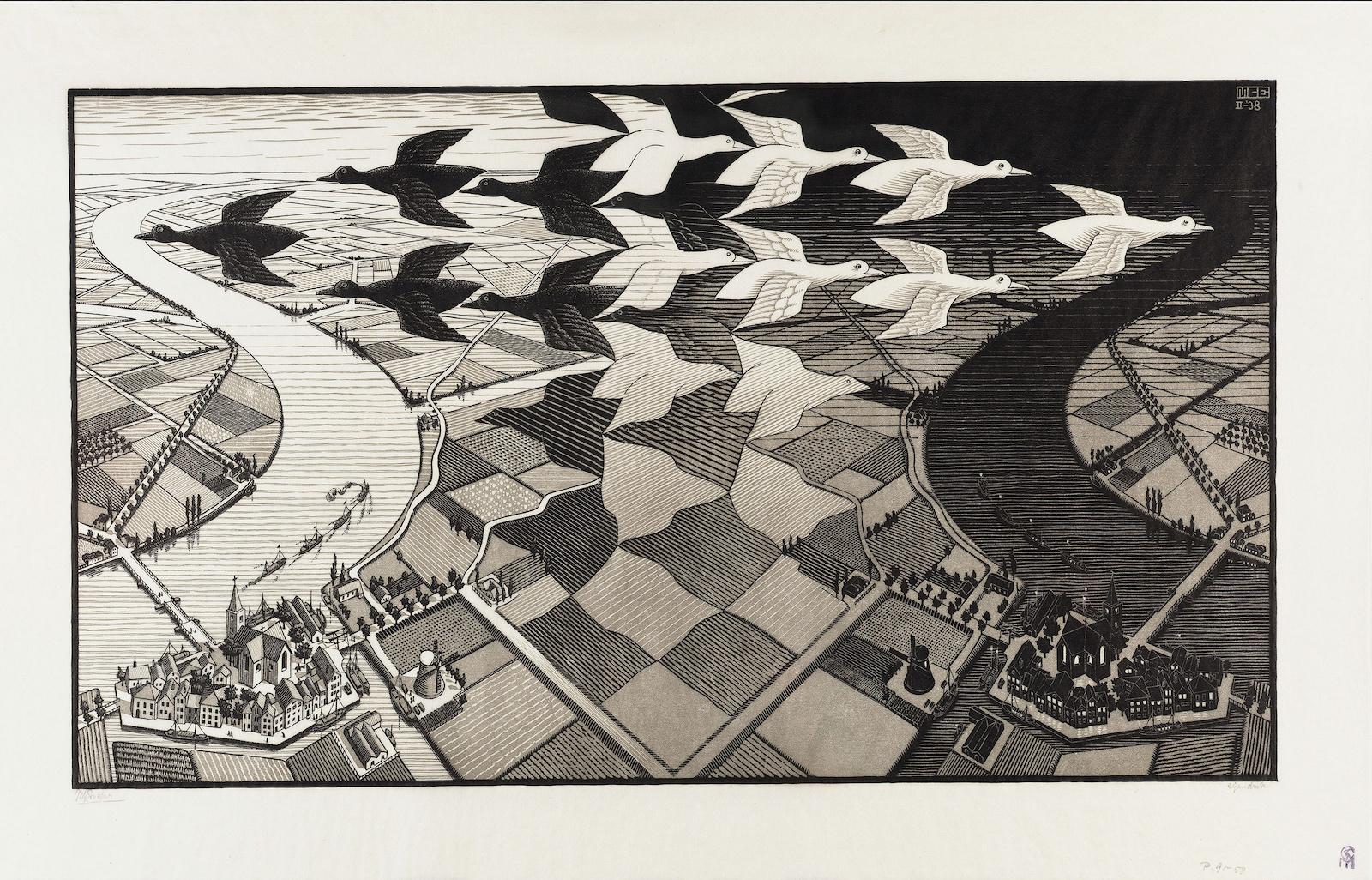 In spite of his innate talent as a draftsman, Escher was driven by a constant dissatisfaction in the quality of his work and a compulsion that he could always do better. As a young man, he attended the Haarlem School of Architecture and Decorative Arts and was encouraged by his teacher Samuel Jessurun de Mesquita to pursue his talent for woodcuts. Afflicted by an obsessive striving to visualize infinity, he felt, “consumed by the desire to give shape [to] a grand idea without the ability to do so.”

Teetering on the brink of madness he traveled to Italy, for his health. Escher fell in love with the Italian landscape and while there met Yeta, his twenty-four-year-old Russian wife to be, who exerted a powerful influence, “like an electromagnet”, on him. A surreal double portrait links their heads threaded together in an endless loop. Their marriage produced two sons. The elder, now in his nineties, was an interviewee in the film. 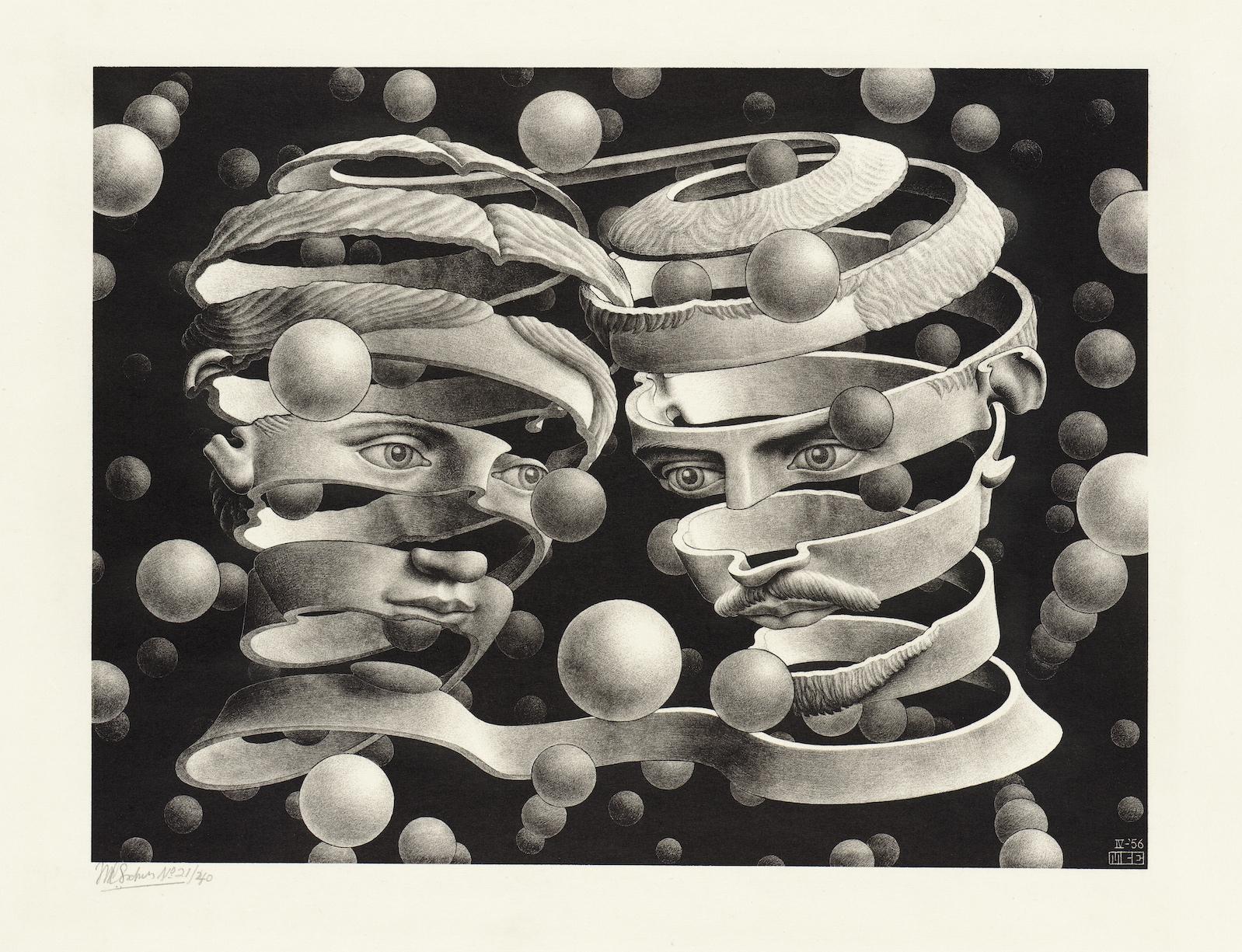 The specter of World War II drove Escher ever deeper into his exploration of tessellated patterns incorporating recognizable figures, objects, and creatures into systems that metamorphosize endlessly beyond the frame. These prints became his calling card. He struggled to keep his family fed and safe during the war when the Nazi’s occupied the Netherlands. In 1951, Life Magazine published an extensive profile on him, opening the floodgates of money and fame. Lutz ingeniously compiles examples of Escher’s influence on movies, set design, and in popular culture decades after the artist’s death at the age of seventy-three.

Escher was troubled by the appropriation of his work, often in psychedelic color (the originals are in black and white) on album covers, t-shirts, calendars, and every other conceivable object. Thanks to Robin Lutz we empathize when Escher states near the end of his life, “I pursue wonder, which can never be realized.”