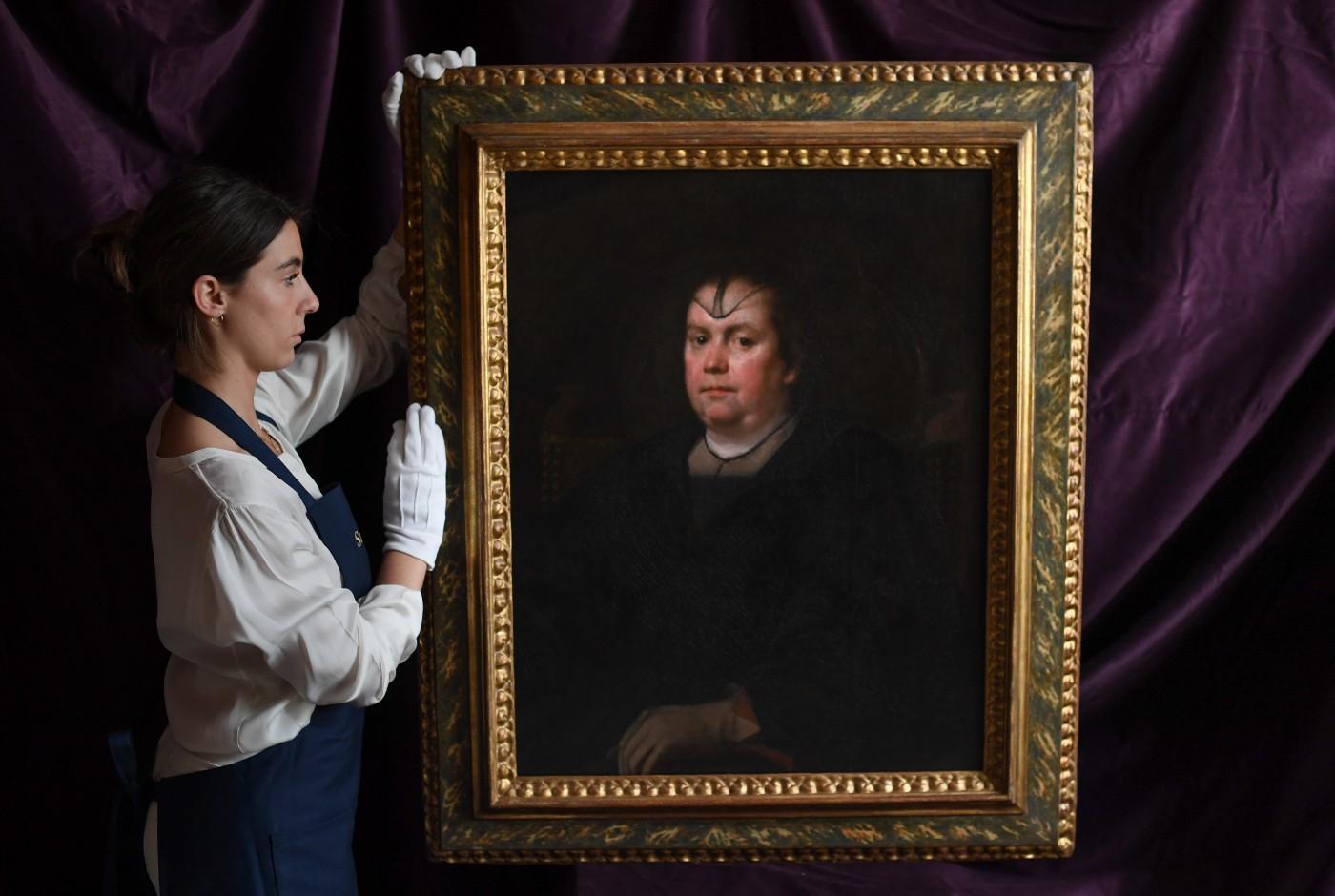 Known for his moody baroque portraits of Spain’s royalty, Diego Velázquez’s (1599-1660) work has inspired generations. A famous and successful court painter to Europe’s elite during his lifetime, his loose, expressive brushstrokes influenced modern painters like Manet and Picasso. His canvases have long been treasured, and reside in the greatest museums, palaces, and private collections around the world. Some even consider his magnum opus, Las Meninas (1656), to be the greatest painting in all of art history. So how did a portrait by one of the greatest artists of all time, of one of the most influential women of his lifetime, go unnoticed for 300 years? 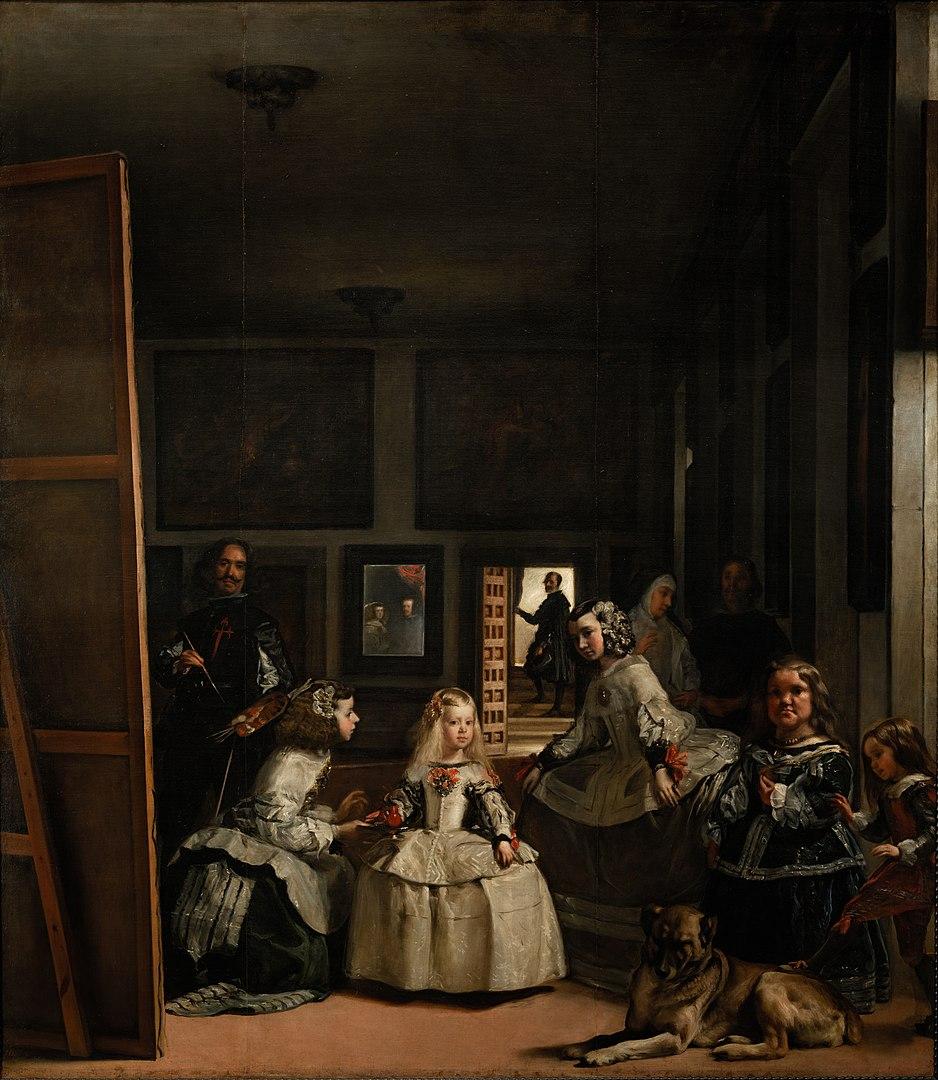 For powerful women like Olimpia Maidalchini (1591-1657) having your portrait painted by the biggest art stars of the era was a must. In fact, she was the only woman to sit for Velázquez when he was in Rome from 1649-50. The portrait captures the intimidating figure of Donna Maidalchini, serious and foreboding, a woman at the height of her power. 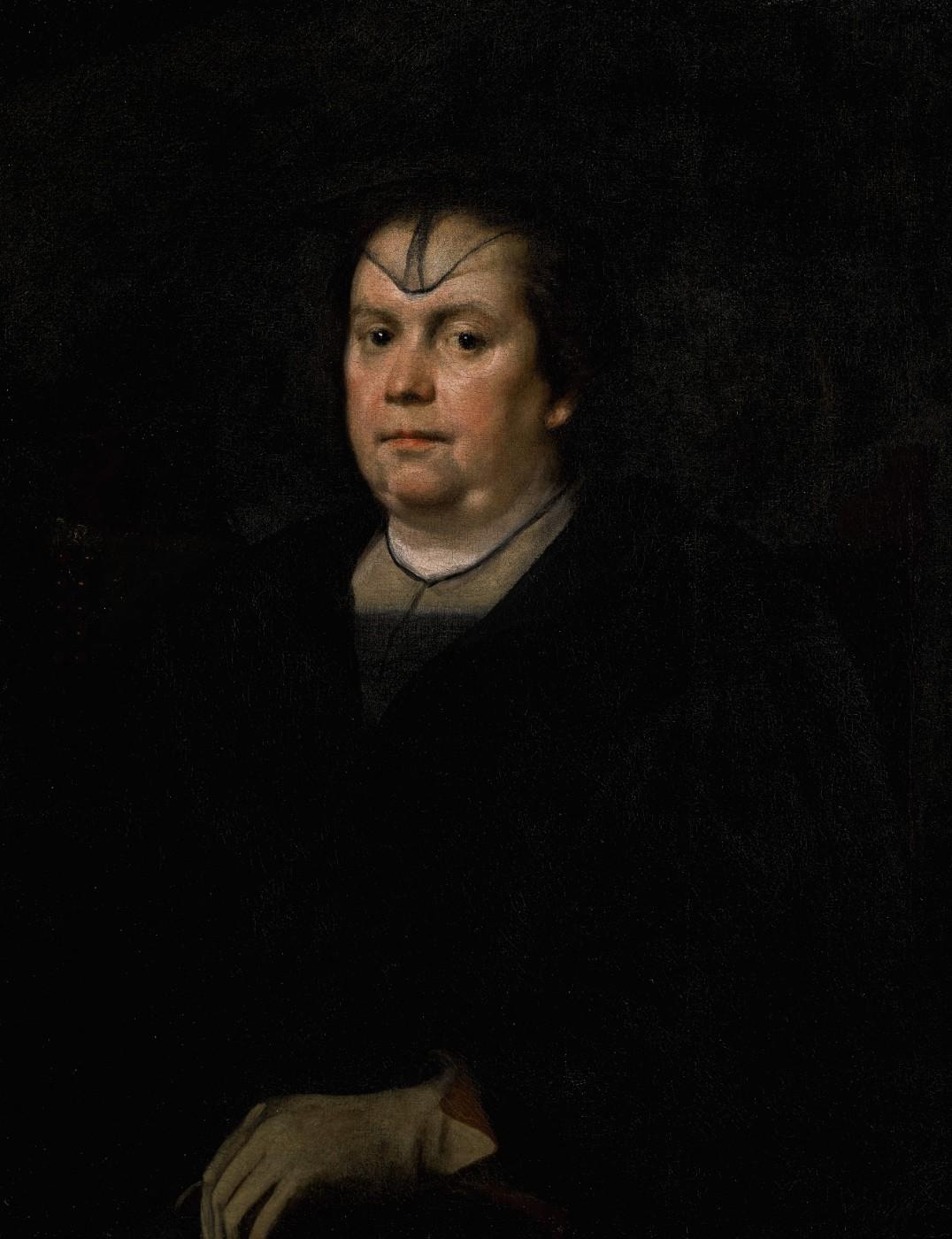 Born into a modest family, Olimpia’s father encouraged her to become a nun, but she refused, instead marrying into a wealthy, powerful family. Her husband’s brother would become Pope Innocent X, and she would become an influential member of his court, and according to rumor, his lover. Through this close relationship, whatever its nature, Donna Olimpia secured influential positions for herself and her children, ensuring her legacy. Nicknamed ‘Papessa’–or ‘lady Pope’–some resented her powerful position. Her brother-in-law even gave her the title Princess of San Martino, and during the last years of his life, she rarely left his side, controlling access to him to her benefit.

The painting traded hands amongst Italian nobles in the decades after her death, and was last recorded as being in the collection of Cardinal Pompeo Aldrovandi in 1724. After this, the painting disappears, until it is brought to Sotheby’s Amsterdam in 1986 and sold as ‘anonymous Dutch school’. But the canvas caught the eye of experts, who proceeded to research the portrait and its sitter, eventually identifying her as Olimpia Maidalchini Pamphilj, and the artist as Velázquez. 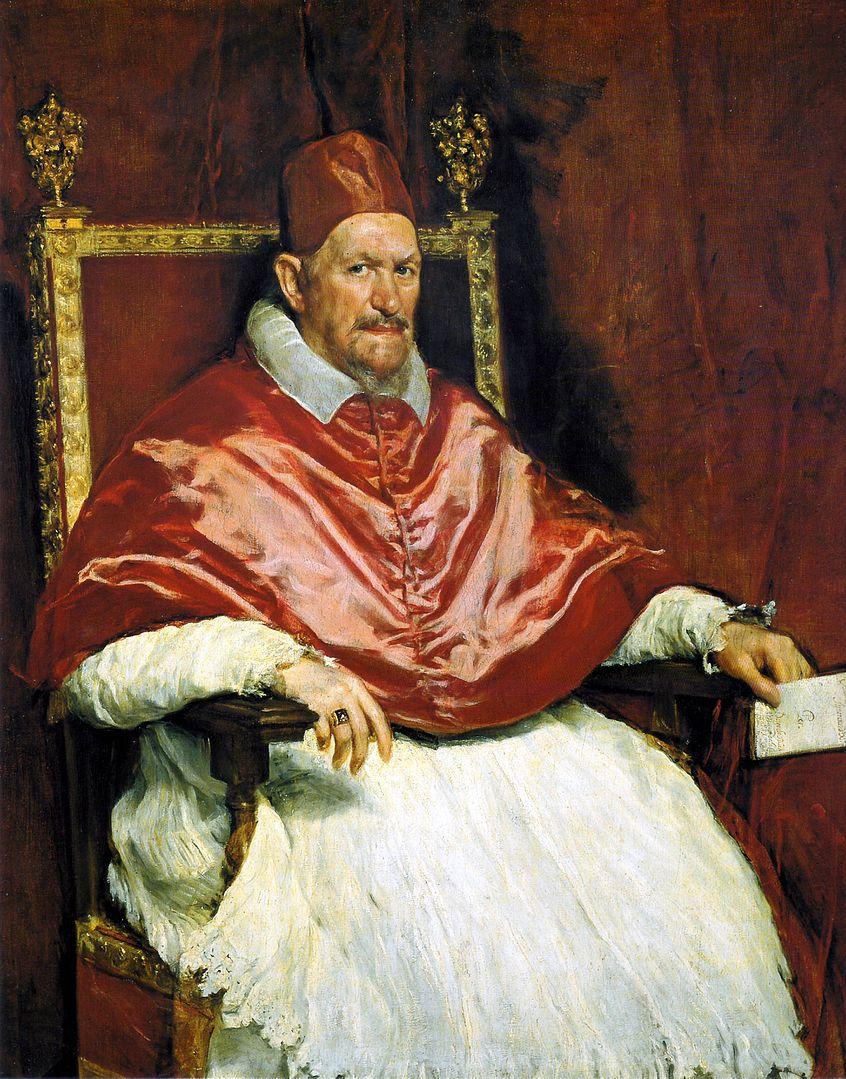 While scholars aren’t sure exactly where the portrait has been hiding for the intervening centuries, they are confident that it is the missing work from Velázquez’s golden era. Newly authenticated, the portrait–one of the last Velázquez works held in private hands–now comes to auction as part of Sotheby’s London’s July 3 Old Masters auction, sold alongside great works by Rubens and Botticelli with an estimate of $2.5-3.8 million.