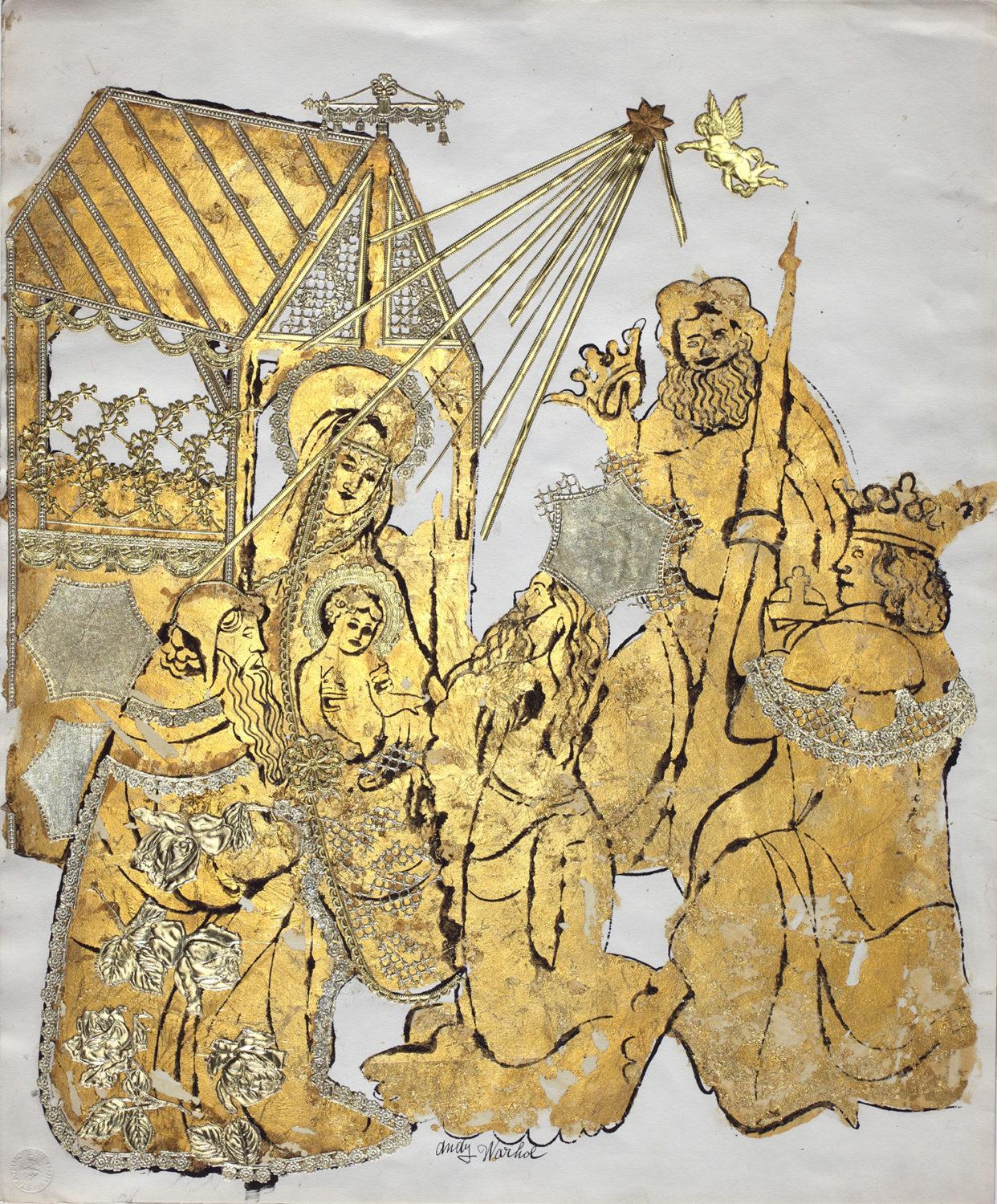 © The Andy Warhol Foundation for the Visual Arts, Inc 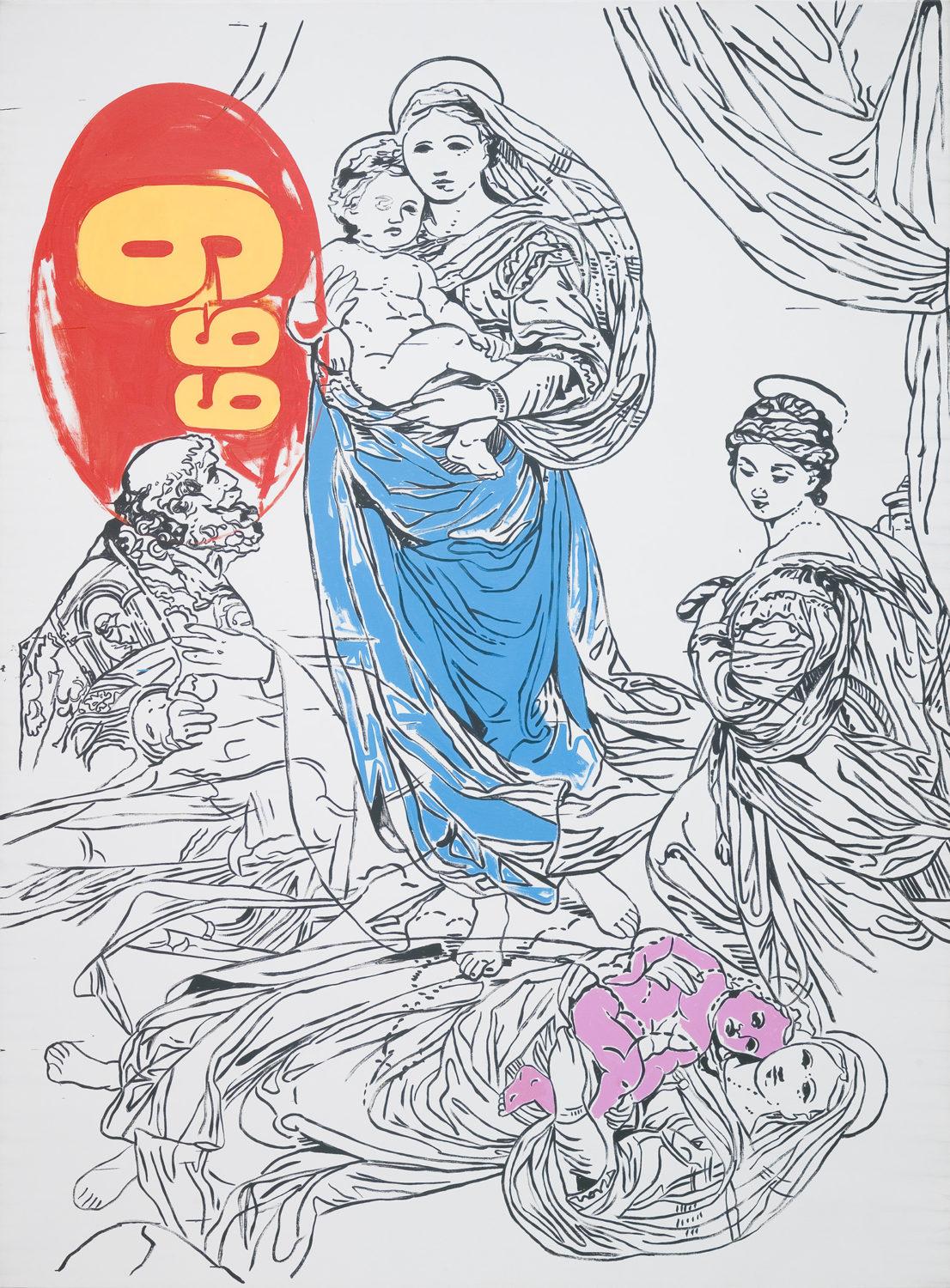 Christian motifs frequently appear in both explicit and metaphorical forms throughout the body of Warhol’s oeuvre. While his monumental crosses and depictions of Christ directly reference biblical stories, the exhibition will also explore his coded depictions of spirituality such as an unfinished film reel depicting the setting sun, originally commissioned by the de Menil family and funded by the Roman Catholic Church.

Born in Pittsburgh to a devout Byzantine Catholic family, Warhol grew up attending multiple weekly services at his local church with his mother, Julia Warhola. He would stare for hours at the icon paintings of Christ and the saints that hung in the elaborate iconostasis, or icon screen, at the front of the nave. In the Warhola family’s Carpatho-Rusyn neighborhood, life revolved around the church community, and the young artist was deeply impacted from this environment. Using The Warhol’s robust holdings of the artist’s early works, the exhibition will trace the influence of his religious roots in Pittsburgh to his Pop career in New York City.

Throughout his life as a celebrity artist, Warhol retained some of his Catholic practices when his peers were distancing themselves from their religious backgrounds. Yet, his relationship with Catholicism was far from simple. As a queer man, Warhol may have felt a sense of guilt and fear towards the Catholic Church, which kept him from fully immersing himself in the faith. Nevertheless, he used various media to explore this tension through his art. 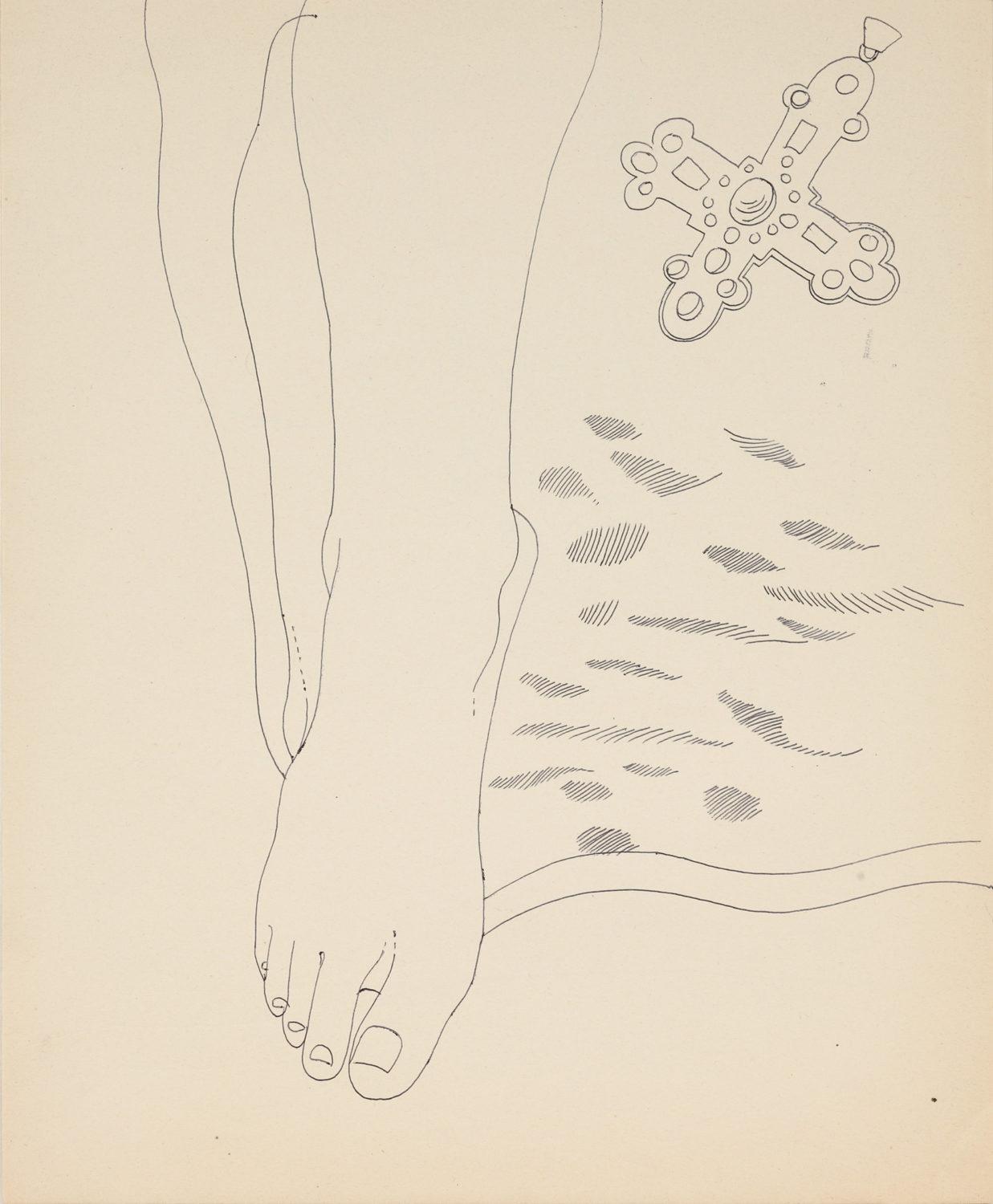 From iconic portraits of celebrities to appropriated Renaissance masterpieces, Warhol flirted with styles and symbolism from Eastern and Western Catholic art history, carefully reframing them within the context of Pop. Through this process, the artist elevated kitsch and mundane images from mass media and transformed them into sacred high art.

Revelation will feature over 100 objects from the museum’s permanent collection, including archival materials, drawings, paintings, prints and film. Rare source material and newly discovered items will provide an intimate look on Warhol’s creative process. Through both obscure works such as the “sunset” film commission from 1967 and late masterpieces like the pink Last Supper (1986), the exhibition will present a fresh perspective on the artist.

To complement the exhibition, a schedule of public programs are being organized and will be announced at a later date.

Andy Warhol: Revelation is curated by José Carlos Diaz, chief curator at The Warhol. The exhibition includes a full-color catalogue with contributions from Diaz and Miranda Lash, curator of contemporary art at the Speed Art Museum.

After opening at The Warhol, Andy Warhol: Revelation will travel to the Speed Art Museum in Louisville, Kentucky and be on view from April 3 through August 21, 2020.

Andy Warhol: Revelation is presented by Bank of America, and supported in part by an award from the National Endowment for the Arts, and the Fine Foundation.

In April, art institutions began honoring the medical profession by showcasing works from their collections under the hashtag #MuseumsThankHealthHeroes. As we cheer the heroic efforts of frontline

Finding Meaning In Abstraction
Monet's Life and Works in 10 Surprising Facts
Menhat Helmy: Reclaiming the Legacy of an Egyptian Modernist

Should the Uffizi's Religious Art be Returned to Churches?
An Inside Look at the History of the Louvre
The Renaissance Synagogues of Venice