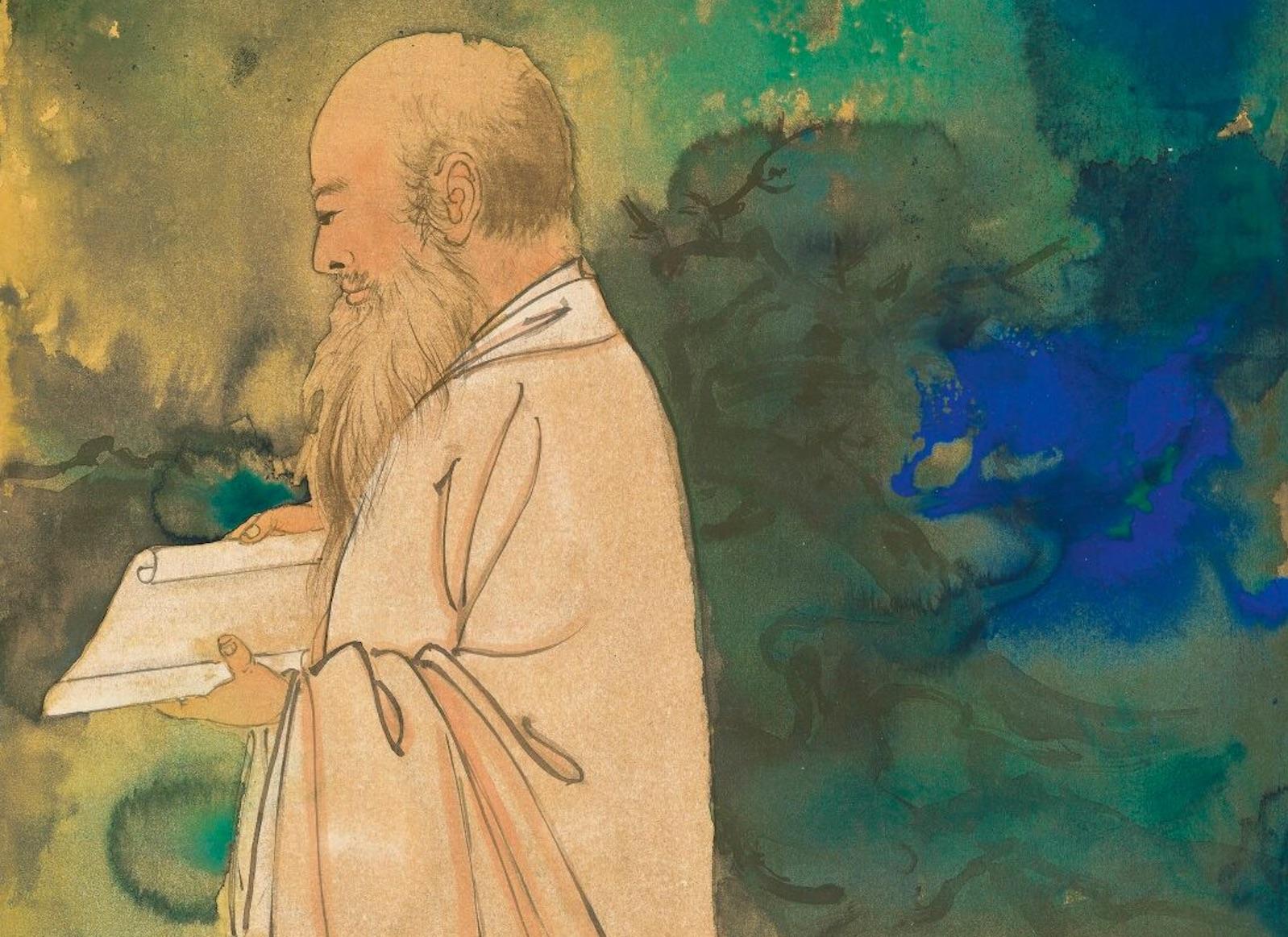 Sotheby’s April 18 Hong Kong sale, ICONS: Masterpieces from across time and space, features—as the name implies—a vast array of items chosen for their ability to inspire and delight viewers. 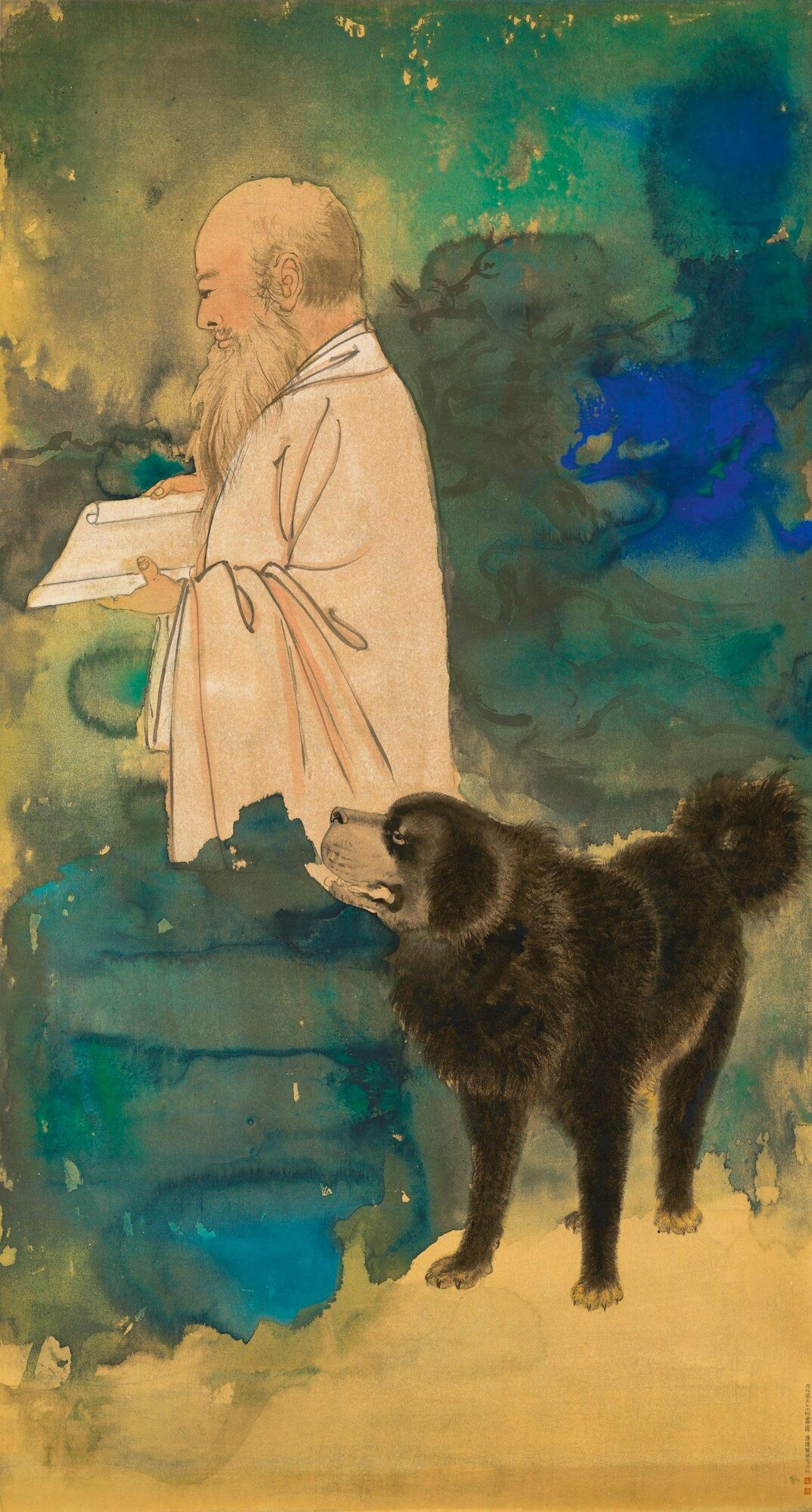 The auction houses’ highly-anticipated 2021 Hong Kong Spring Sale Series as a whole is also wide-ranging. From modernist paintings to ancient artworks and from watches to wine, this sale series brings together items “unified in the pursuit of creativity and highest level of craftsmanship.”

The ICONS sale features a six-foot-tall self-portrait by one of the most prominent Chinese artists of the twentieth century, Zhang Daqian (Chang Dai-chien). Fascinatingly, he is renowned for both his modern impressionist and expressionist paintings and his masterful forgery work.

Born 1899 in the Sichuan Province of China, the artist grew up relatively poor but surrounded by artistically-inclined people and rare opportunities. He received his first commission at age twelve. At eighteen he traveled to Kyoto to learn dyeing techniques. Though he began working very traditionally, he eventually created a style that effortlessly blended the traditions of Chinese painting with the emotional and intuitive aspects of the greatest modernist painters.

Though he returned to Shanghai to begin selling paintings, he eventually left China around 1950 to escape political turmoil. He lived in Argentina, Brazil, and California. He also toured and showed extensively across the world. In 1957, he was invited to Paris to show his work at Musée Guimet and The Louvre. He met Picasso, who was also showing at the time and who is also featured in this sale. Many regarded the encounter as a meeting of the Eastern and Western artistic masters of the time. Eventually, he did return to Taipei, Taiwan, where he lived from 1978 up to his death in 1983. 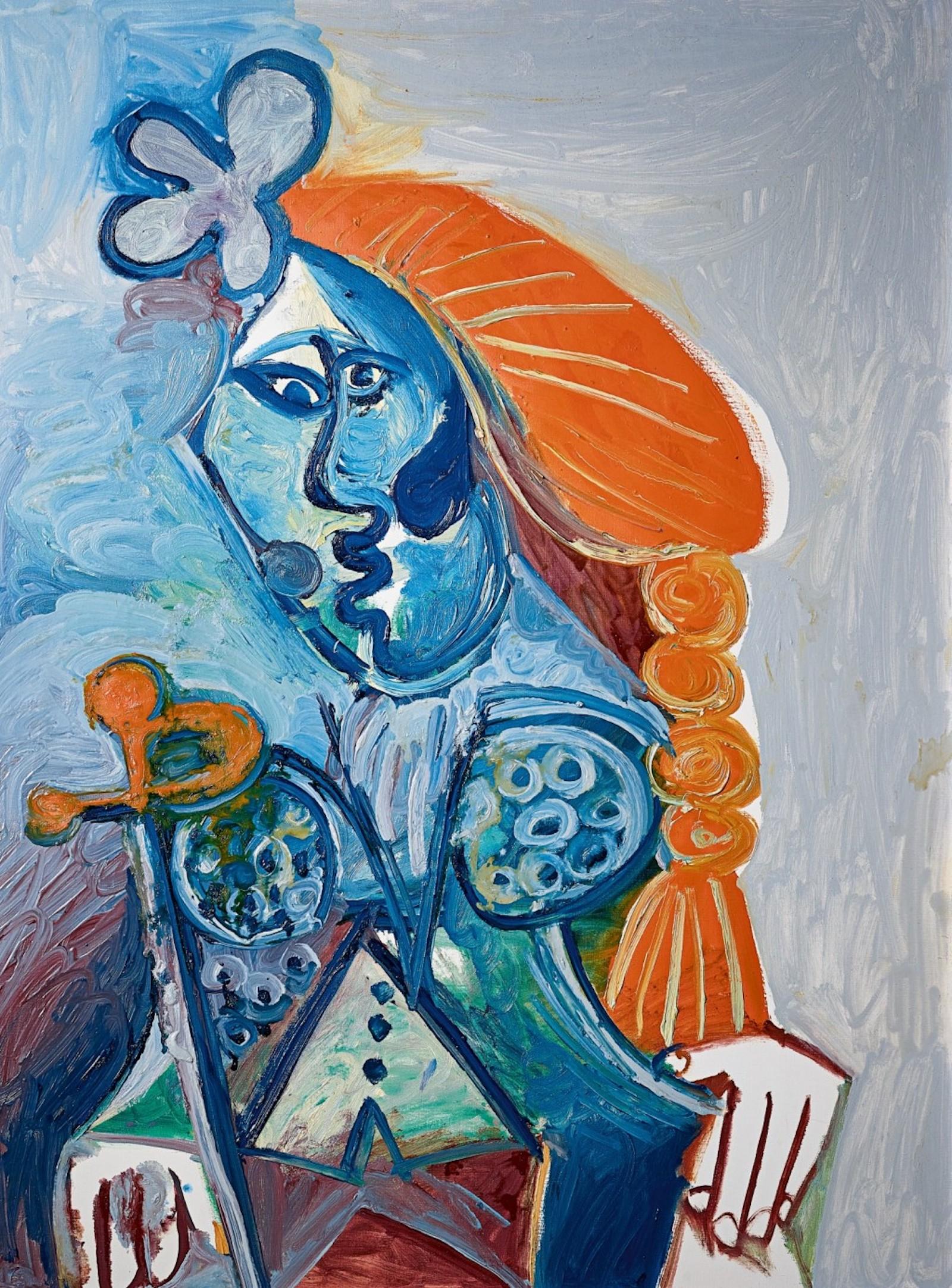 The Zhang Daqian painting featured in this sale is Self Portrait with a Tibetan Mastiff, estimated to sell for $6.18 to 7.73 million (HKD 48,000,000 - 60,000,000). Self-portraits in general and this particular composition were revisited often by the artist. This particular rendition remained in the artist’s possession throughout his life.

This particular version features an exquisite background of blue, impastoed ink splashes that bloom like clouds across a gold background. The artist has depicted himself with the long beard and robes of a scholar, which is how he fashioned himself in life. 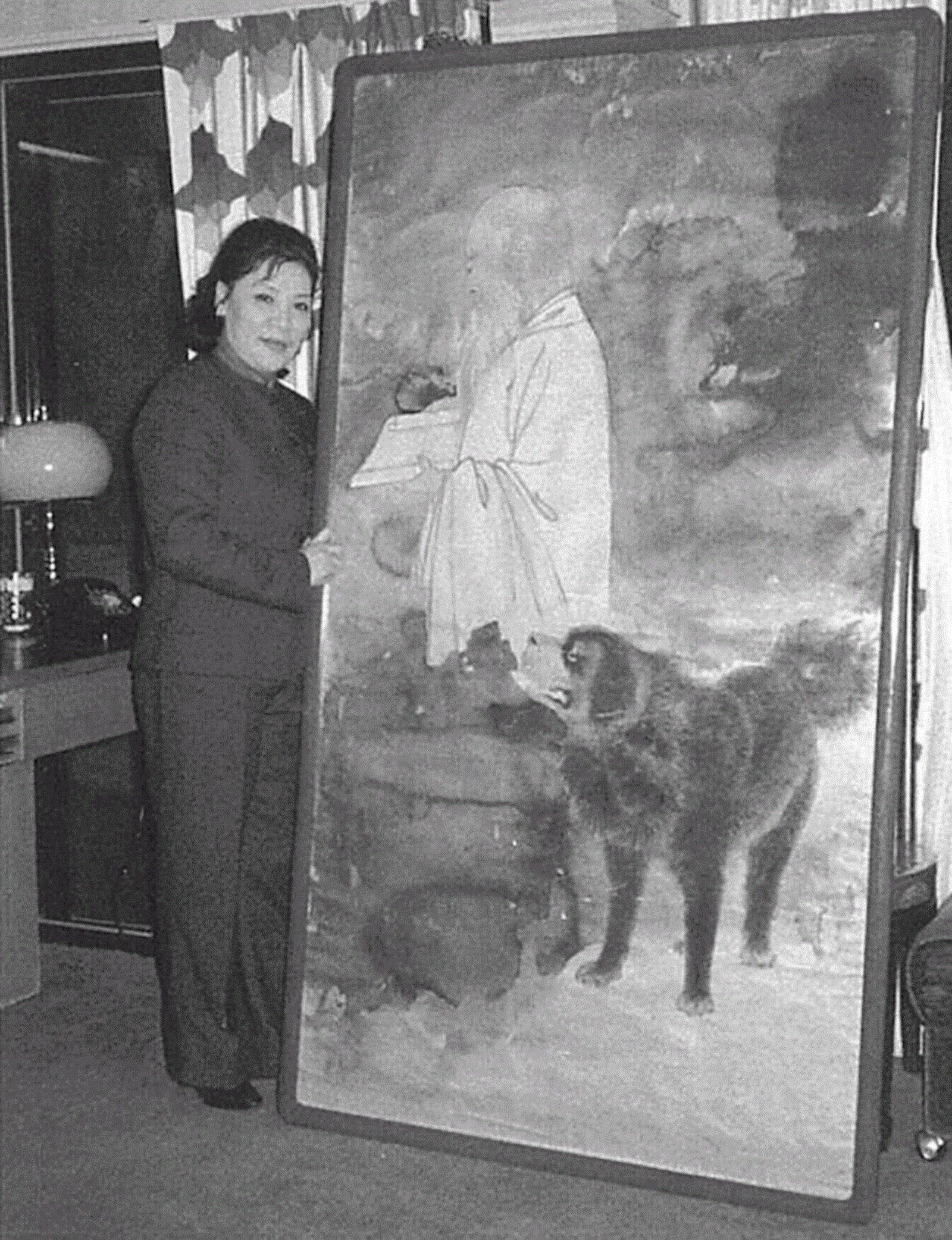 Madame Chang Hsu Wen-po, the artist's wife, posed next to the painting.

As mentioned, Zhang Daqian also had a career in forgeries. He made copies of mostly Chinese artworks from many different periods of history. He was remarkably good at mimicking the great Chinese masters and seemed to effortlessly work in vastly different styles.

Experts seem to agree that these copies were so well-done because the artist had such profound knowledge of mediums. The manner in which different papers would interact with particular inks, brushes, colors, and seals—he seemed to have this down to an art. He would sometimes include a postscript within the paintings’ inscriptions detailing the materials used in the recreation. The artist also made forgeries of his own artwork.