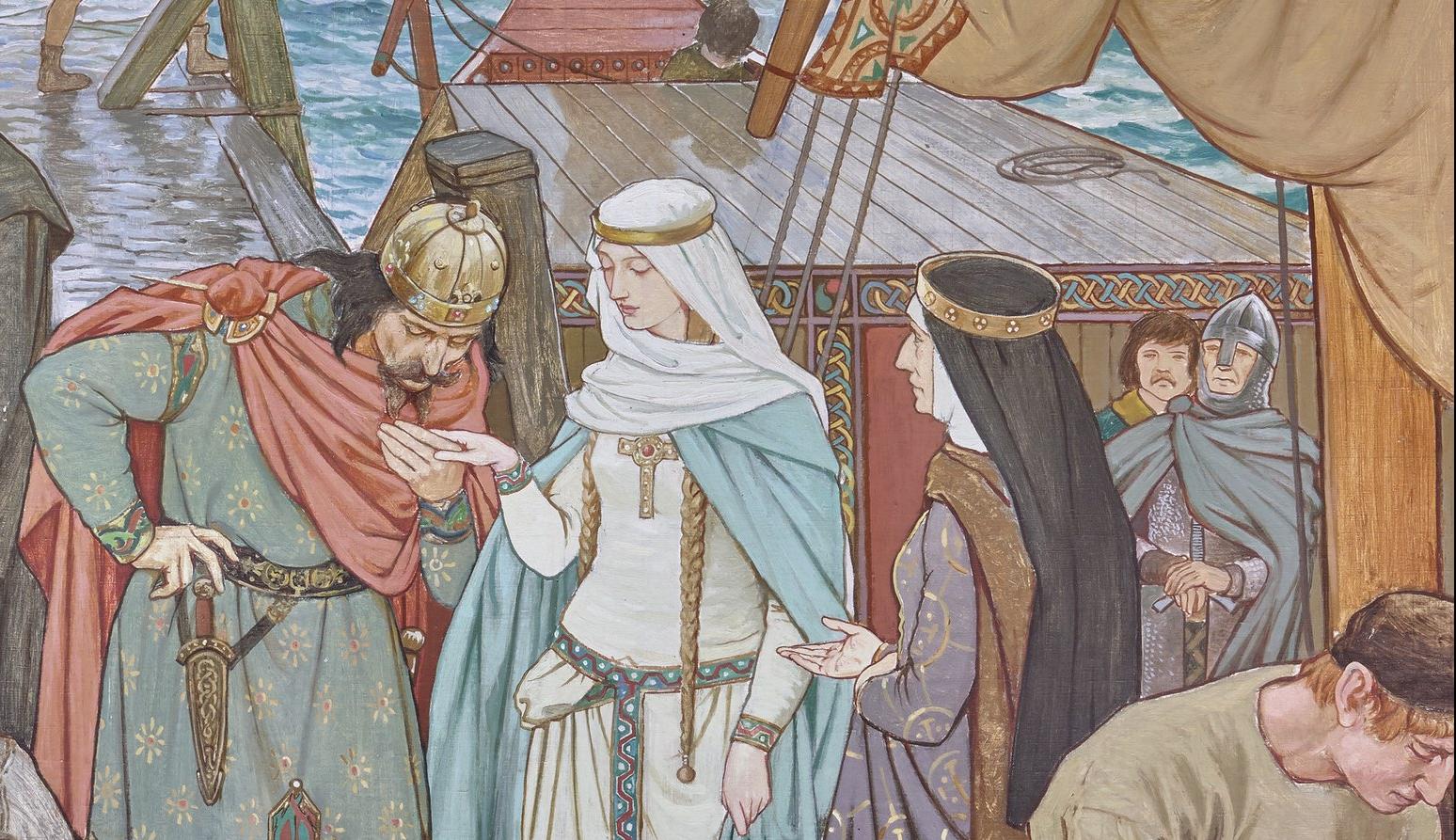 Saints canonized by the Catholic Church come mostly from two major categories: those who lived with or were martyred for Jesus Christ, and those in the centuries since whom performed miracles. Regardless of one’s religious beliefs, many of these saints’ stories are rooted in faith more than fact.

William Hole’s striking fresco on canvas, adhered to a wall in Edinburgh’s Scottish National Portrait Gallery, portrays a historical figure whose positive contributions to history, both religious and secular, are a rarely documented exception. 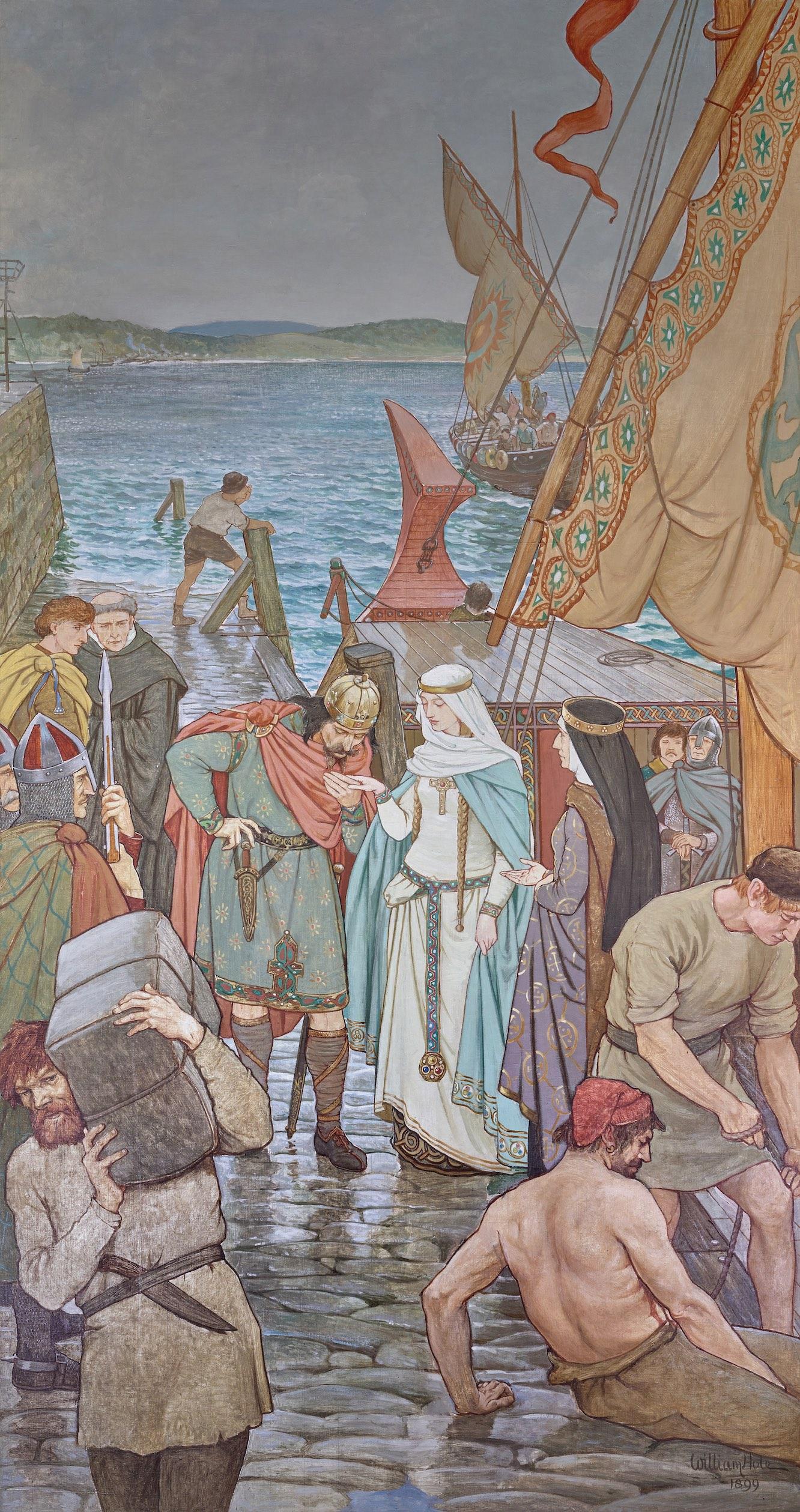 The artist created The Landing of St. Margaret at Queensferry, A.D. 1068, in 1899, in a highly detailed style with numerous figures and copious colors and details. It is no wonder that Hole is majorly responsible for the animated style being used in illustrated children’s Bibles even today.

Born circa 1045 to a family that valued her education, Margaret married King Malcolm Canmore of Scotland who, records indicate, was attracted to both her intellect and her intelligence. She was twenty-four when they married, this late age for the time seems to indicate her father was waiting for a good fit for his daughter. 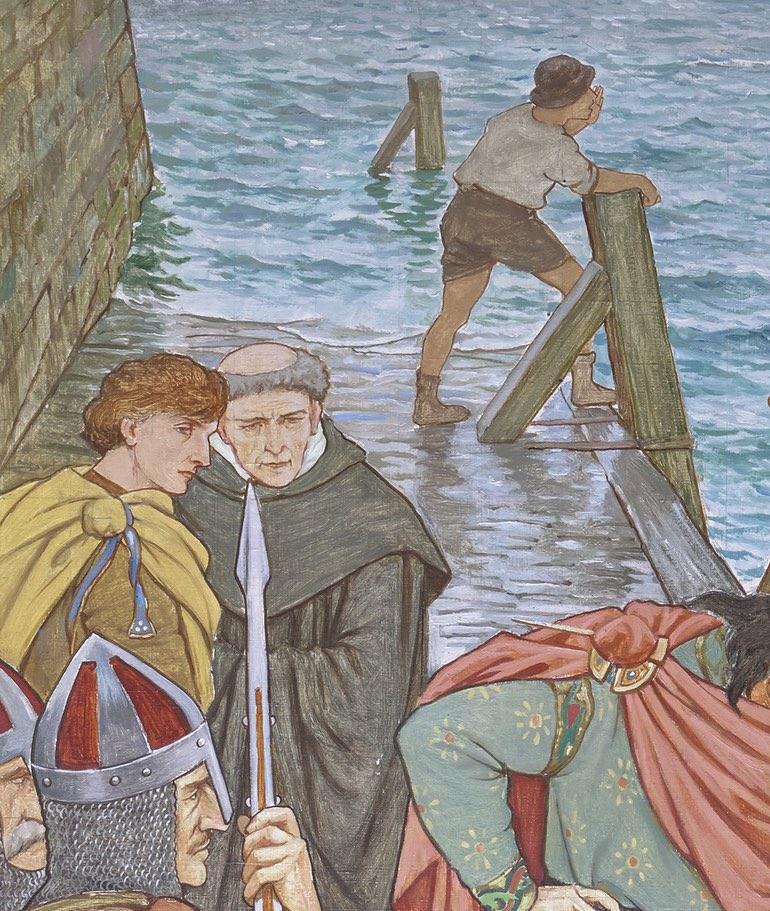 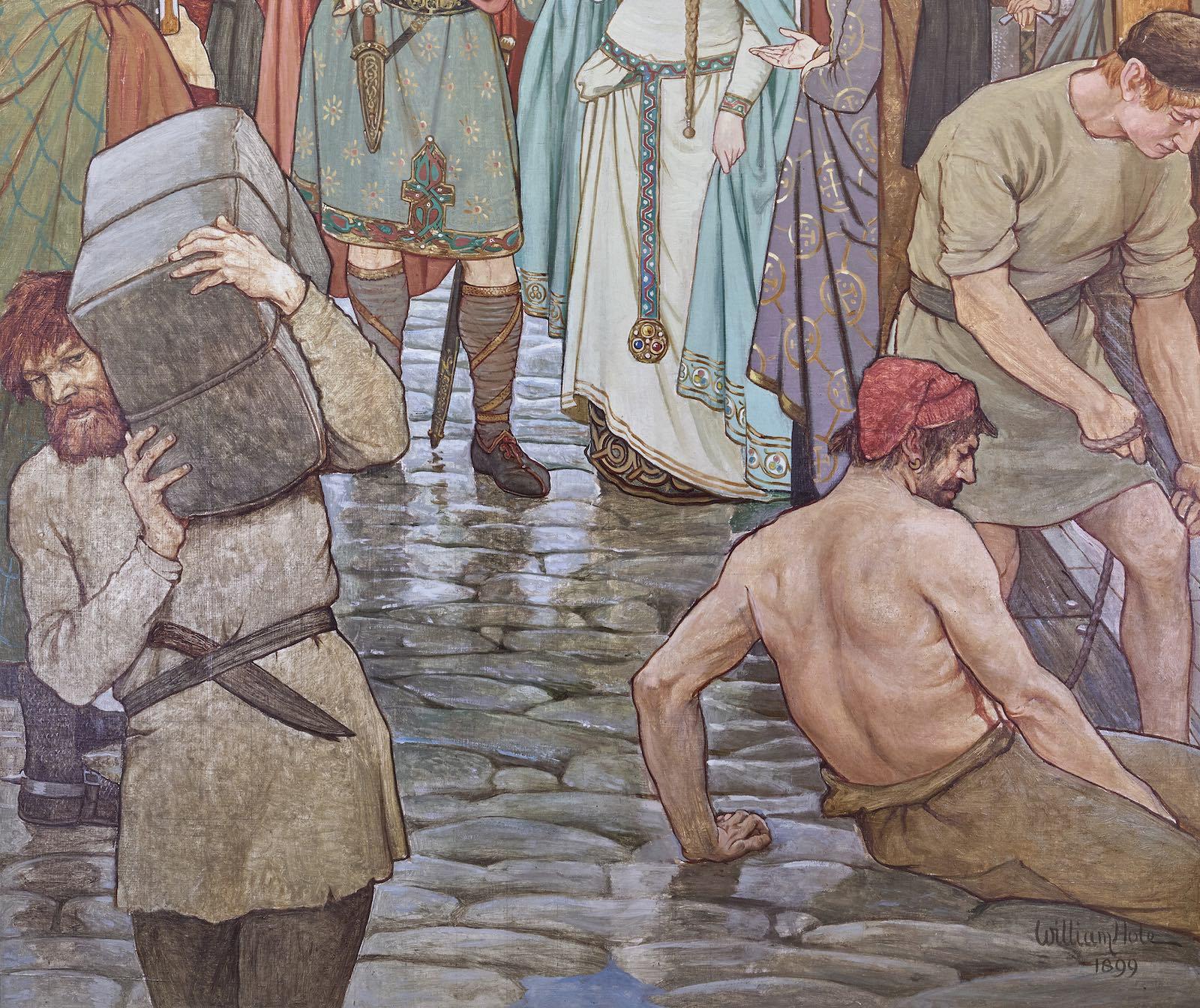 Hole shows Margaret, arriving in Scotland to begin her duties, in a blue cape and white dress to evoke the Virgin Mary. Yet he contrasts this ethereal presence with brawny dock workers and laborers to symbolize her humility. Both Margaret and Malcom passed measures ending exploitation of the working classes, including a ban on incest and usury, what is known as loansharking today.

In the back left is an official of the Catholic Church, a reference to the King and Queen’s measures to weed out religious corruption, particularly simony, the practice of laymen buying power or influence in the church.

Margaret died in November 1093, four days after her husband. Her last words were reportedly “I know how it is!” the exact meaning of which remains unknown. What is clear, however, is that she has remained beloved by Scotland for centuries on; even after the country became Protestant in the mid-sixteenth-century, she remained their patron saint.