Pixy Liao: Your Gaze Belongs to Me at Fotografiska 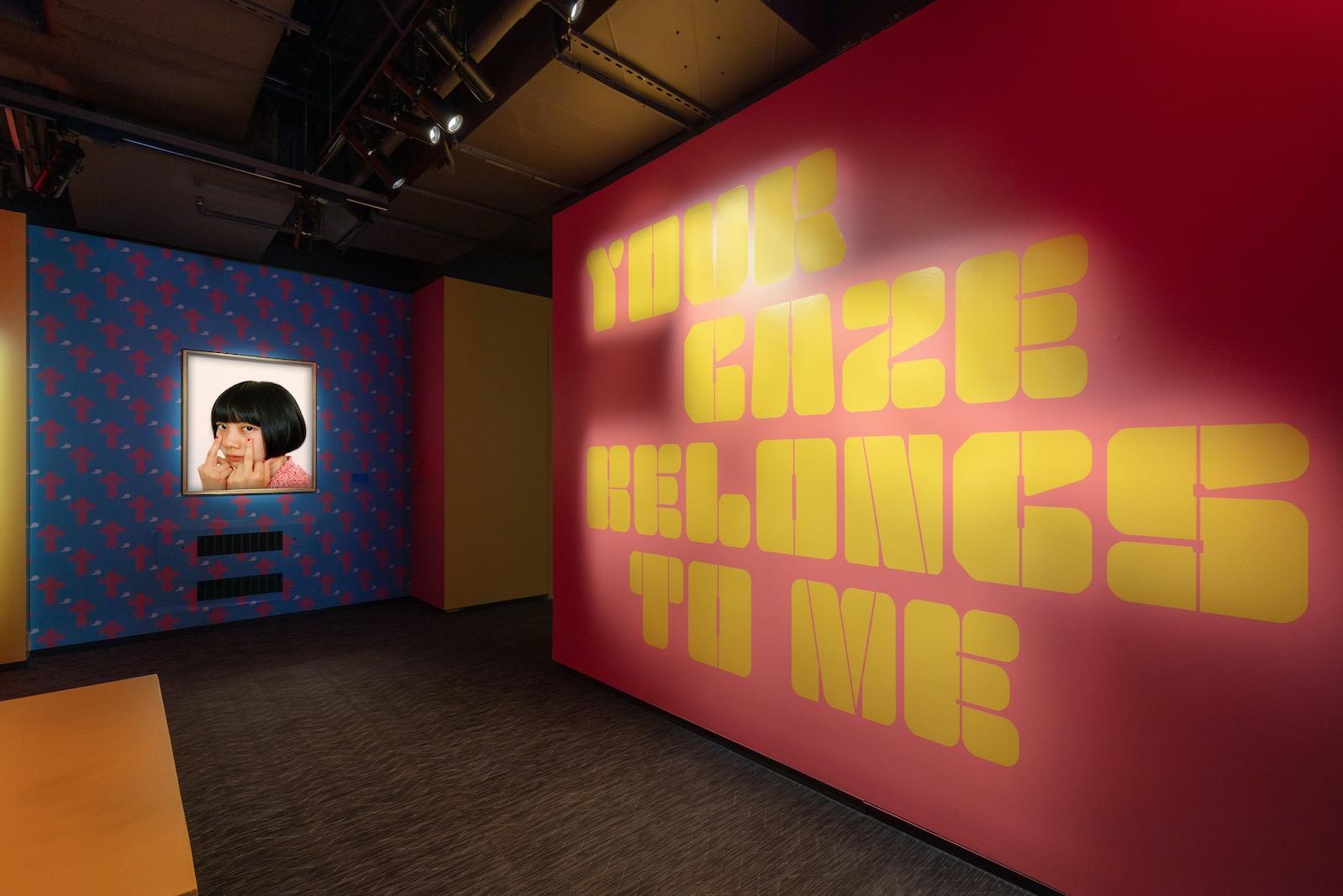 Installation view of Pixy Liao, Your Gaze Belongs to Me.

Have you ever made sushi at home? Even if the answer is yes, it is quite possible that your partner did not play the part of the fish. The photograph Home-made Sushi is part of the ongoing project Experimental Relationship by the New York-based Chinese photographer Pixy Liao. Experimental Relationship is the central focus of the first museum solo exhibition of Pixy’s works at Fotografiska in New York, Your Gaze Belongs to Me.

The exhibition includes works from For Your Eyes Only, a more ironic project that looks at the “combination of daily life and performance with a naughty attitude” as well as sculptures and videos that Pixy is presenting together for the first time. The show is also enriched by special typography designed specifically for Pixy Liao by BankerWessel, a design studio in Stockholm. 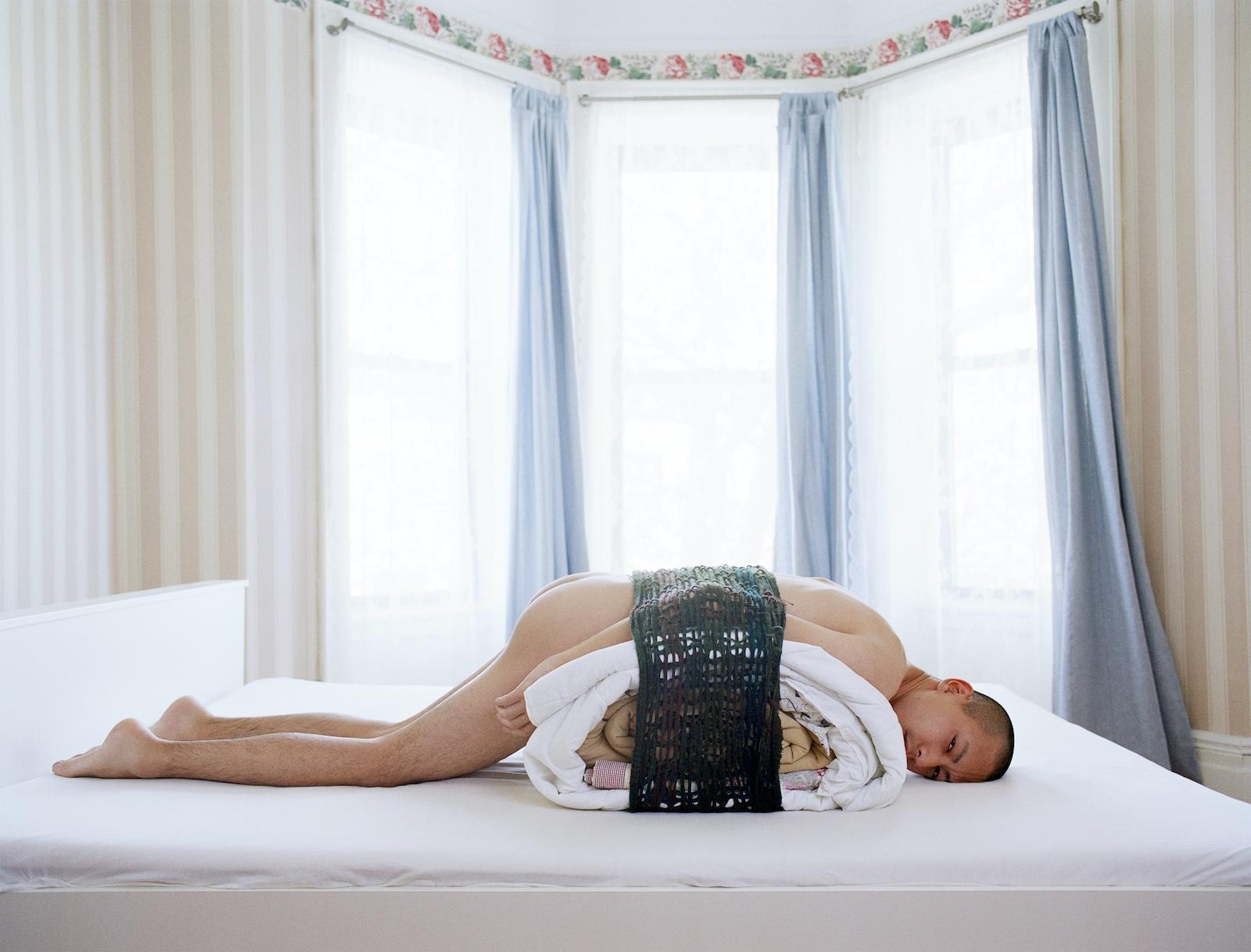 Since 2007, Pixy has been exploring and pushing the boundaries of what a relationship is and the expected gender roles in a heterosexual couple. While attending the University of Tennessee, she met her current partner, Moro, a Japanese musician five years younger than her. Pixy noticed how people reacted to her use of Moro as a prop for her photographic projects. In an interview with FotoRoom, she explained that “some people pointed out that I was not supposed to treat my boyfriend that way.” As a Chinese woman, she grew up with the idea that a partner would have to be older, more mature, and someone who would protect her. Pixy tells us that even her father didn’t understand her photographs at first. “When I started this series about fourteen years ago, he was very worried about my future. [...] that if other people saw my work, they would think negatively of me. As I continued to make photographs, he started to get to know me as an adult and accepted the type of woman I wanted to be, even if it is far outside of his idea of a typical woman in society.” 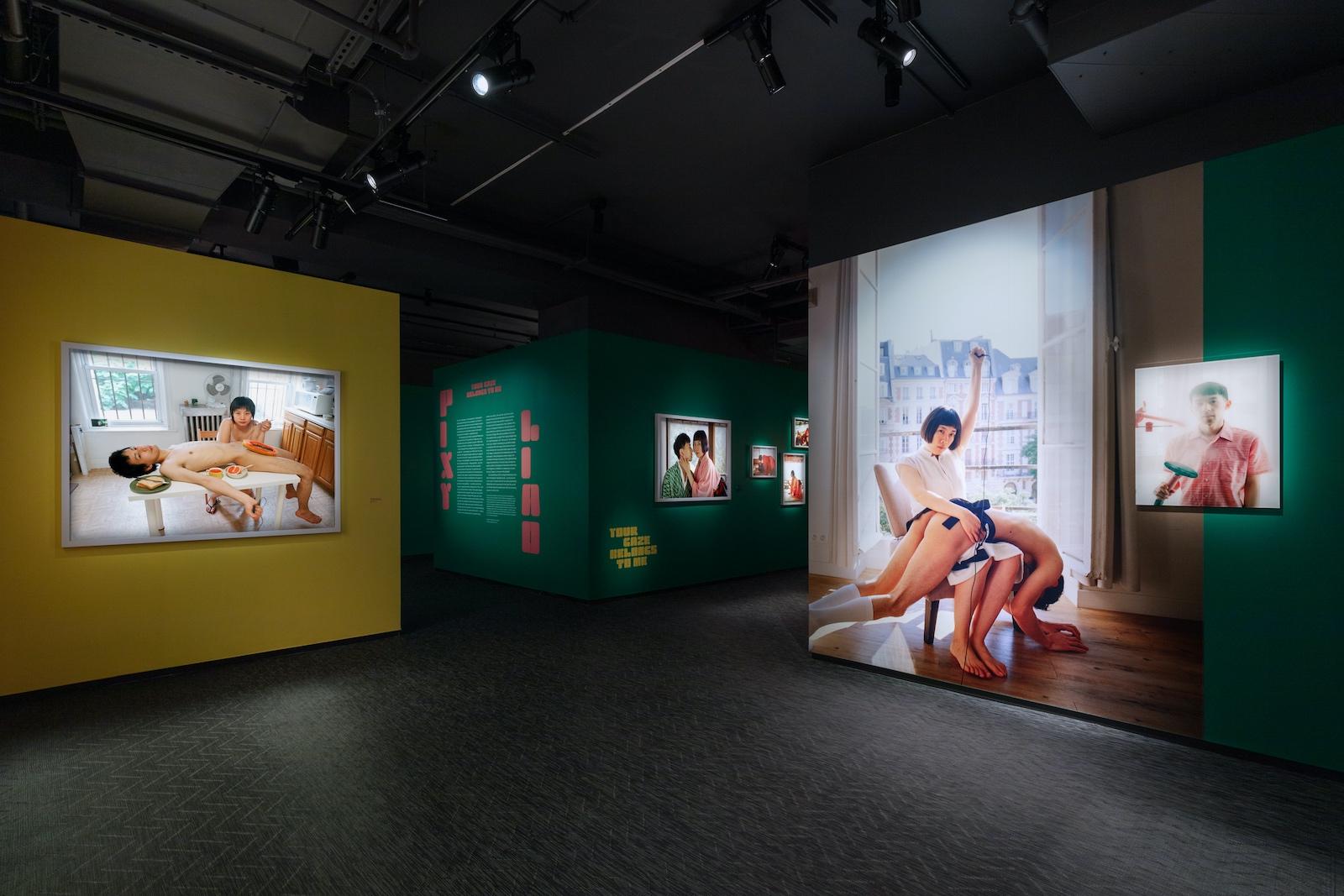 Installation view of Pixy Liao, Your Gaze Belongs to Me.

When asked if art can inspire exploration and discussion about women in society, curator Holly Roussell explains that “Pixy Liao’s photographs help us to step back and reflect on the things we often take for granted—such as the socio-cultural nature of gender constructions. These are conversations we should be having [...] not only for individuals identifying as women or men but also for non-binary members of the global community. [...] One of the first steps in changing the gender power balance in society, is giving diverse voices a chance to speak. And, perhaps not just to speak, to shine.” 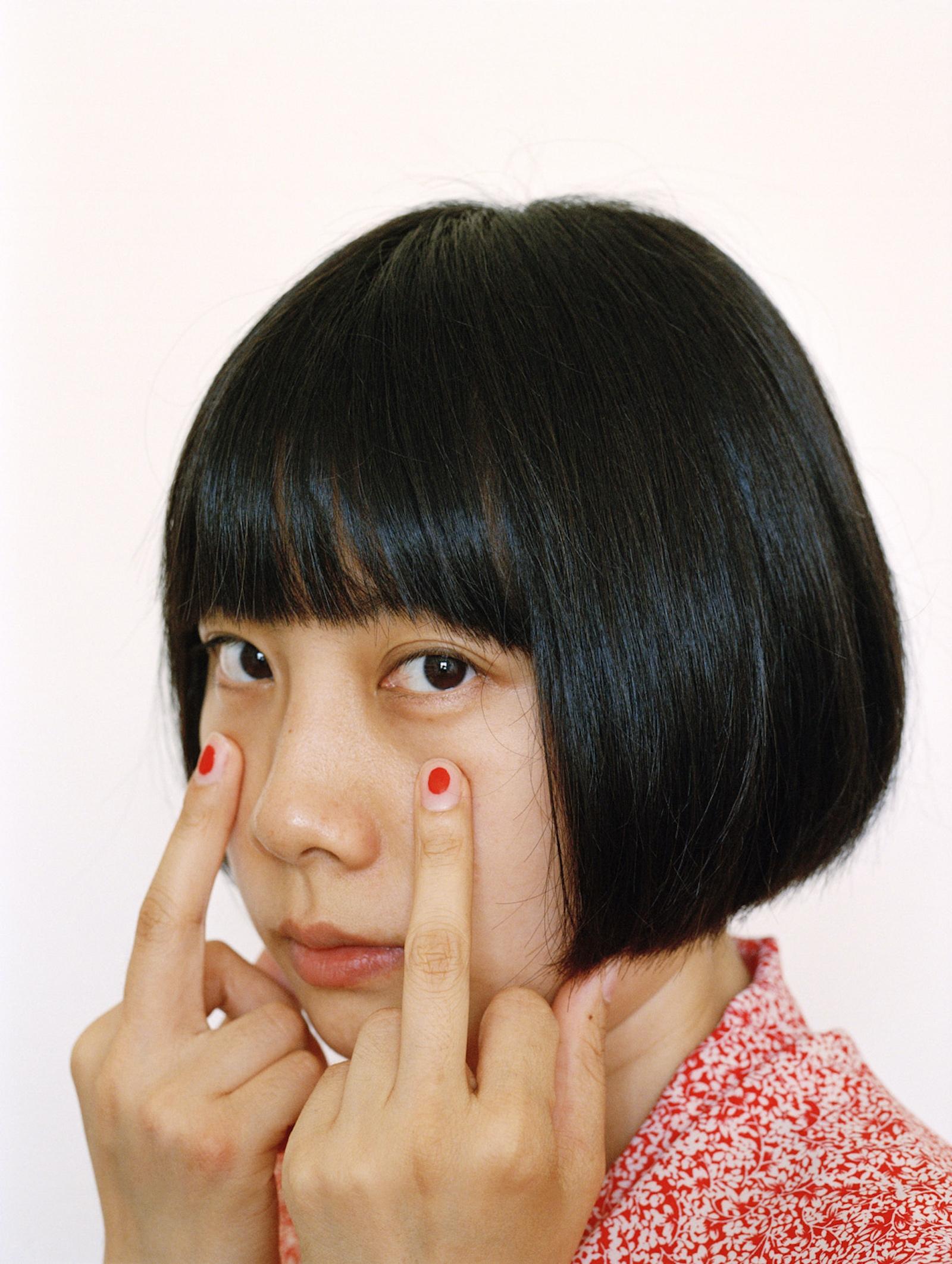 In her images, Pixy is in charge not only of her and Moro’s bodies but also of the spectator’s gaze. The nudity she employs, whether hers or Moro’s, is an affirmation of her agency as a woman and as an artist. Her photographs are composed so that the combination of colors, shapes, and focus attract us towards the most uncomfortable yet revealing aspects. We follow her red nails—fascinatingly reminiscing of Ren Hang’s red lips—over Moro’s body or on her face when she flips us off while looking directly into the camera in the shot titled Red Nails. “I was hesitant to include this photo in my portfolio because I was worried if the reviewers would think this image is offensive,” she said. 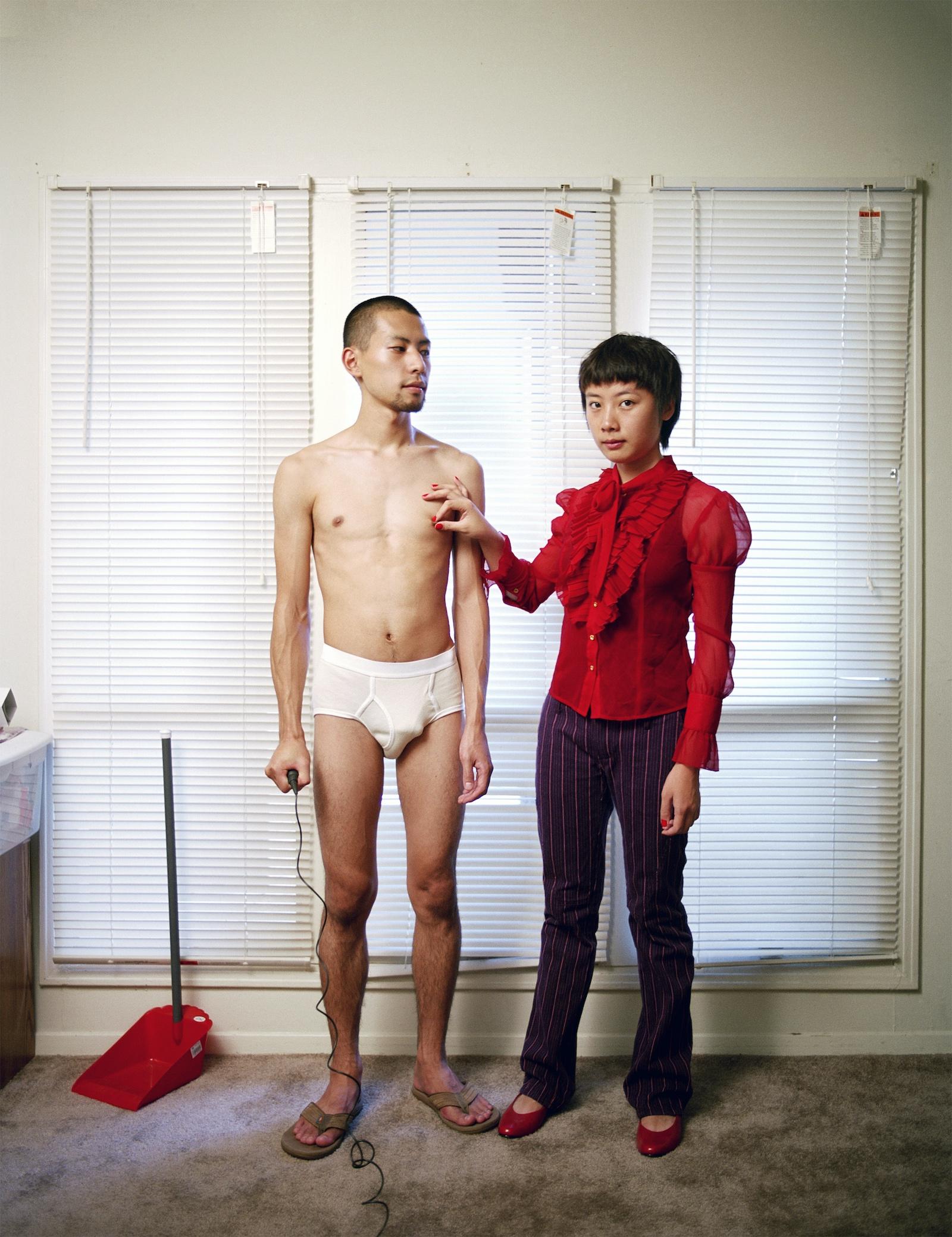 In the light of the recent hate-driven attacks on Asian-Americans in the US, we asked Pixy if her art can be seen as an inspiration for other Asian-American women. “When I make my work, I never think about the fact that it is created by an Asian woman in America, and sometimes I forget that it is coming from a woman’s perspective at all.” She then added that “the wave of Anti-Asian hate crimes is at an all-time high in the U.S. right now, and it is to a degree that I fear for the safety of my family, friends, and Asian people in this country on a daily basis. Recently, my work has drawn a lot of attention and exposure, and I would be happy if my work makes Asian-American women feel inspired during this difficult time. Thank you for this question. It brings awareness to the increase of Anti-Asian hate crimes, which we definitely need right now."