The Four Continents as Allegories Explained 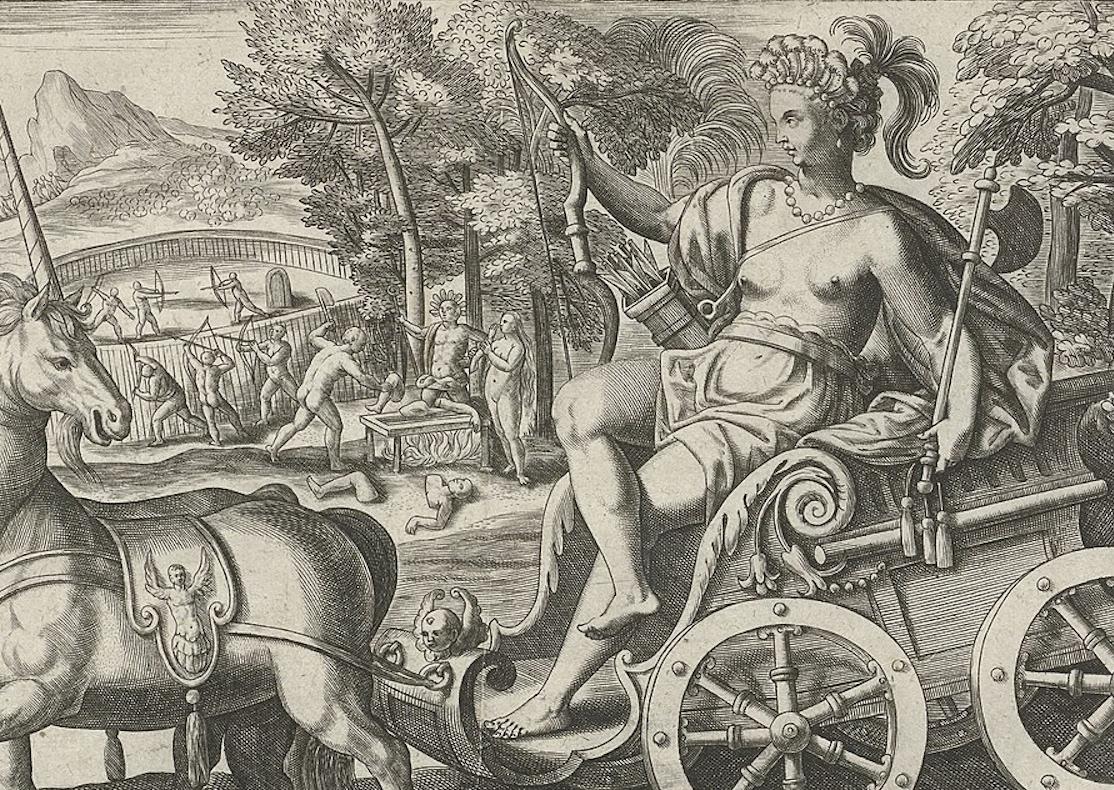 The allegorical manifestation of "the four continents"—Asia, America, Europe, and Africa—is a visual staple of Western art from the colonial period and the eighteenth-century in particular. Used to uphold the idea of European superiority and justify colonialism itself, the iconography associated with each continent is deeply rooted in racism.

Though some variation exists in the representations of the four figures, there is a consistency in general concept for each figure that is clearly informed by a colonialist agenda. Europe is always rendered quite fashionable, bedecked in luxurious furs and jewelry. If rendered with a background or flanked by accessories, denotations of architecture or trade and travel by sea would appear. 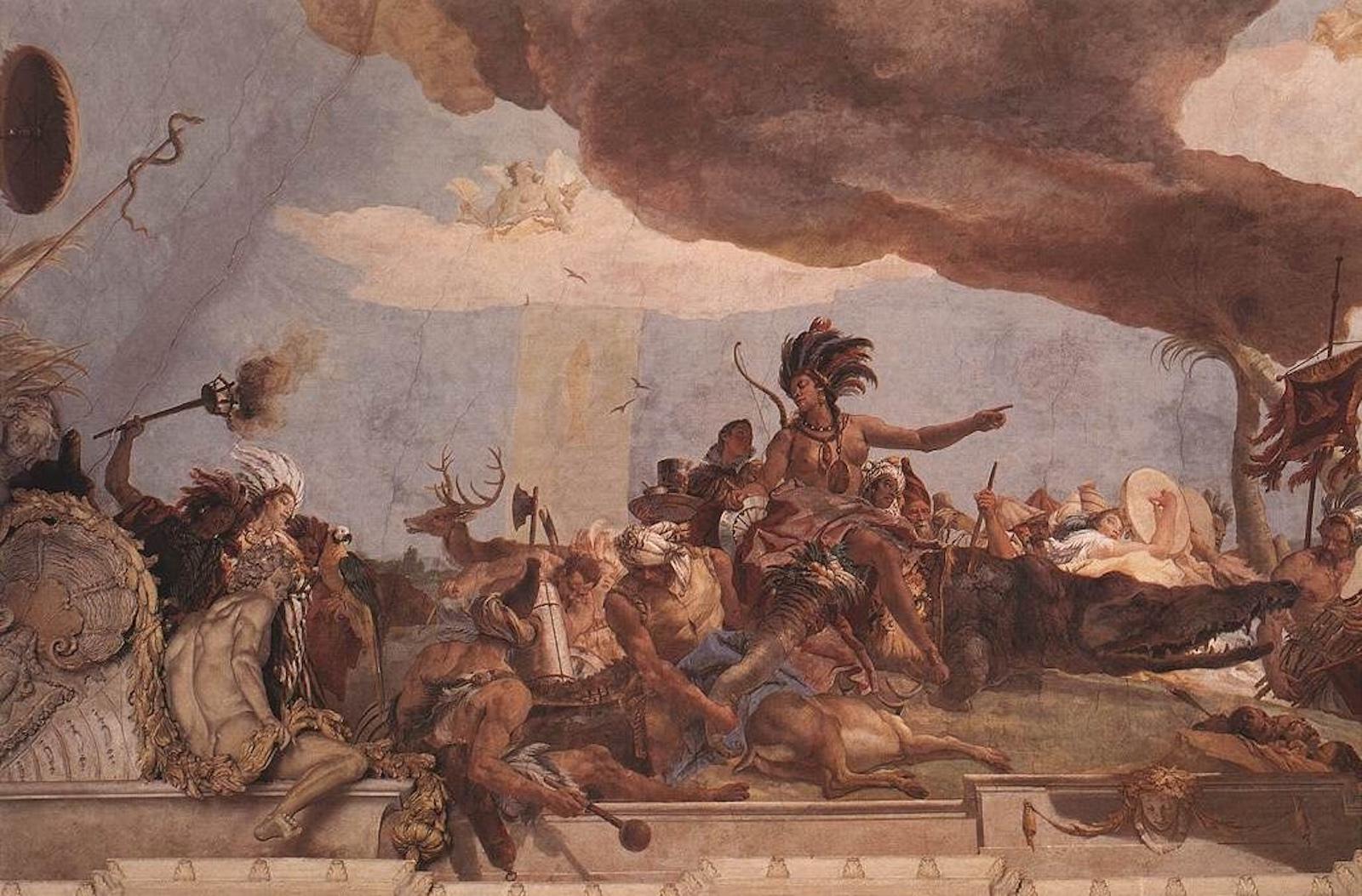 Giovanni Battista Tiepolo, Detail of Apollo and the Continents, between 1752 - 1753. Ceiling fresco above a staircase. Würzburg Residence, Germany.

The allegorical manifestations of Asia, and sometimes Africa, tend to connote once great but now faded individuals and—by extension, of course—continents. Often, the figures would be rendered in front of monumental yet moss-covered structures or shown sleeping in “exotic,” luxurious dress. This method of representation negotiates a roaring trade with Asia, the popularity of chinoiserie, and the existence of the Great Pyramids while maintaining the idea of European superiority. 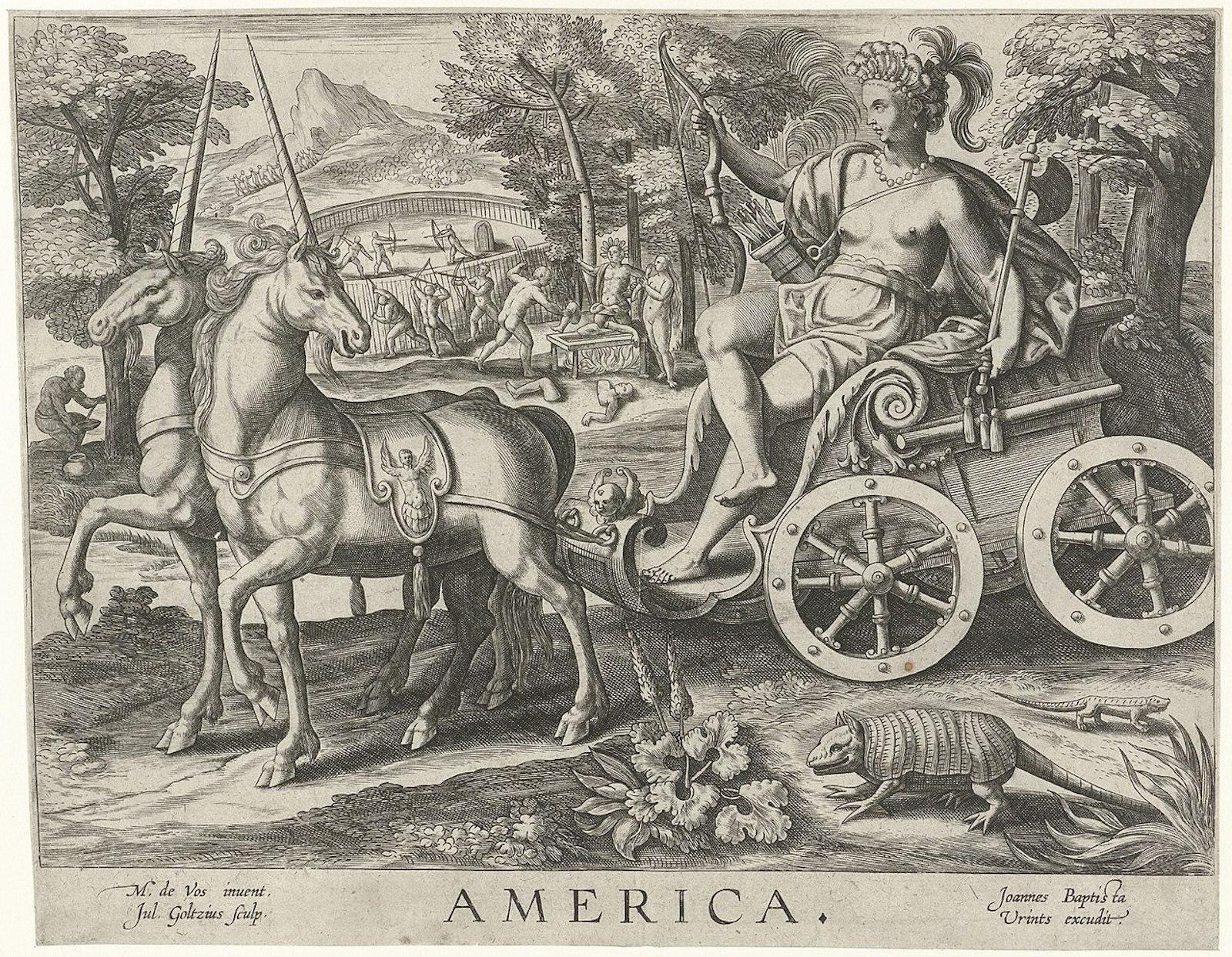 America and Africa are often shown nude or half-dressed. Though both may be accompanied by or depicted in front of both flora and fauna, an emphasis is often placed on the former for America and the latter with Africa. In early depictions of America, she is often surrounded by violence and cannibalism.

Although allegories of Asia, Europe, and Africa existed before the sixteenth-century, Europe’s new knowledge of America made for a balanced foursome that could be used to flank a building entrance or populate the four corners of a frescoed ceiling. 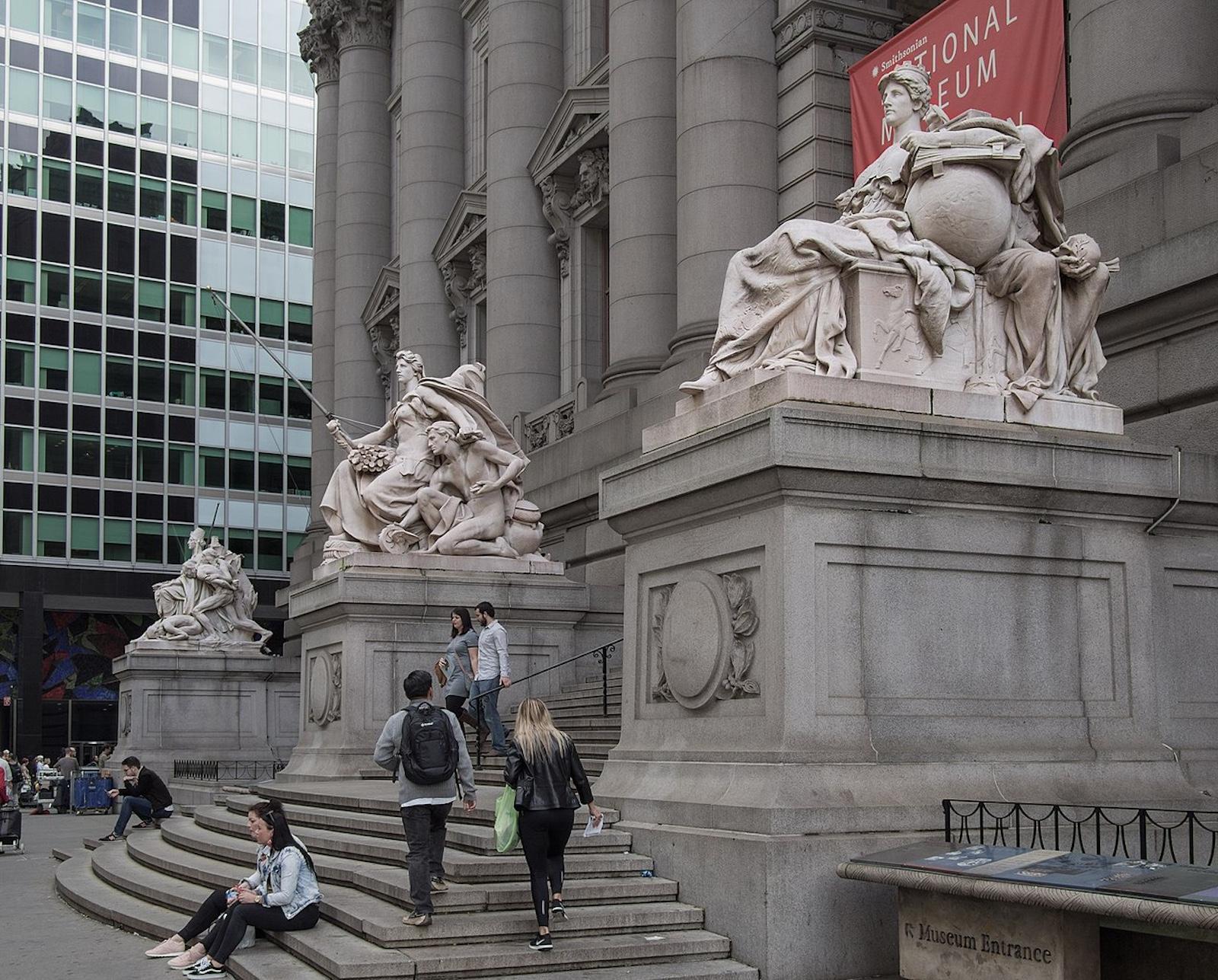 Statues in front of the Alexander Hamilton U. S. Custom House.

A particularly famous representation of the continents, created in twentieth-century New York City, are actually federally contracted public artworks in the form of massive statues that flank the entrance of the U.S. Custom House of Lower Manhattan.

The statues have been a point of contention more recently and were the subject of a live-streamed chat between the Director of the Roosevelt House Public Policy Institute at Hunter College Harold Holzer and Columbia University assistant professor Christine Baron in November 2020. Reportedly the sculptor Daniel Chester French once told a journalist that he envisioned Africa as “clearly the slumbering continent.”