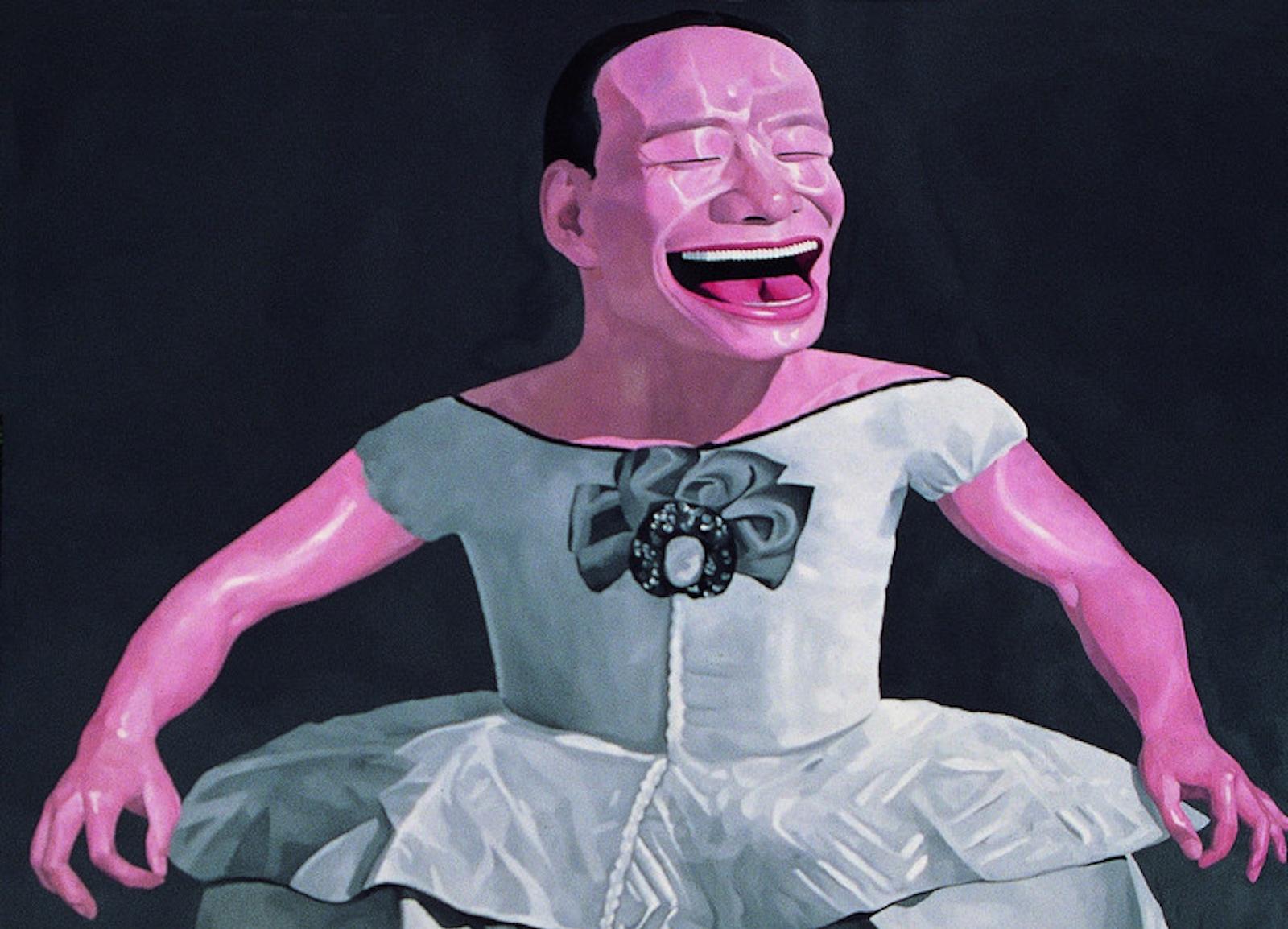 “There has never before been a period of greater accessibility, and greater opportunity for the people of any given culture to learn directly from one another,” says Susanna Ferrell, Wynn Resorts Assistant Curator of Chinese art at LACMA, about the exhibition Legacies of Exchange: Chinese Contemporary Art from the Yuz Foundation.

The exhibition is the first Los Angeles-based collaboration between LACMA and the Yuz Museum of Shanghai, and presents twenty works created by fifteen Chinese contemporary artists—Ai Weiwei, Huang Yong Ping, Wang Guangyi, Xu Bing, and more. The artworks address topics such as international trade, the impact of Western advertising in China, and political conflicts, while highlighting the long-standing artistic dialogue between China and the West.

“We wanted to highlight Chinese contemporary artists in this exhibition,” Ferrell explains, “but there are of course artists in the West who have created works related to cross-cultural exchange with China as well, starting centuries ago and continuing to the present day.” 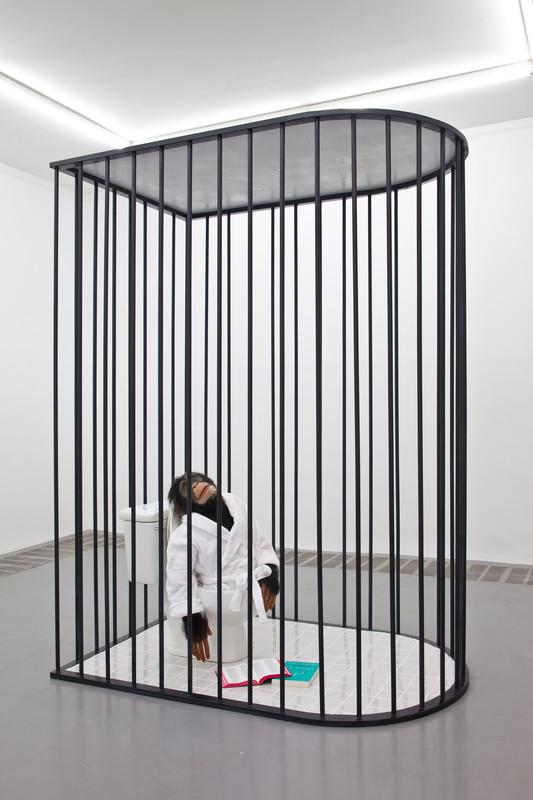 The first part of the exhibition is dedicated to the re-interpretation of famous Western art pieces by Chinese artists. A robed chimpanzee plays the role of Marat in Qiu Anxiong’s The Doubter, a clear reference to Jacques-Louis David’s Death of Marat (1793), while Yue Minjun replaces the central figure in Velázques’s Las Meninas (1656) with his famous self-portrait, a pink laughing man. These pieces reveal the impact that globalization had on the Chinese artistic environment. Although cultural exchanges always existed, the contemporary dialogue between the West and China has some specific characteristics.

Ferrell explains that: “After the end of the Cultural Revolution (1976), when Deng Xiaoping’s Open Door Policy was put in place, there was an inevitable flood of Western artistic material into China, and specifically into the freshly-re-opened art academies. [...] European and American exhibitions started traveling to China. The next few decades saw young Chinese artists take on and recreate pieces and styles from the Western art canon, begin to be featured in international exhibitions, and for a few, move abroad.”

The second section explores advertising and the presence of Western brands in the Chinese market. With the end of the Cultural Revolution (1966-76) and the progressive opening up of China, Western brands such as Coca-Cola and Nike, began to be imported into the country and created a new wave of consumerism and brand-awareness. To explore this phenomenon, artists such as Huang Yong Ping (1954-2019) incorporated traditional Chinese aesthetics and symbolism with the language of Western art.

Huang’s Da Xian: The Doomsday consists of three large porcelain bowls decorated with the flags of the Western powers that colonized China in the nineteenth century. Inside the bowls, Huang placed British packaged foods that shared the same expiration date “Best Before 1 July, 1997,” the date of Hong Kong’s handover to China. While The Doomsday can be read as a critique of capitalism, consumerism, and colonization brought by Western powers, it can also be seen as a reminder that Chinese people have always been resilient. Life can be seen as a full bowl, even in adverse times. 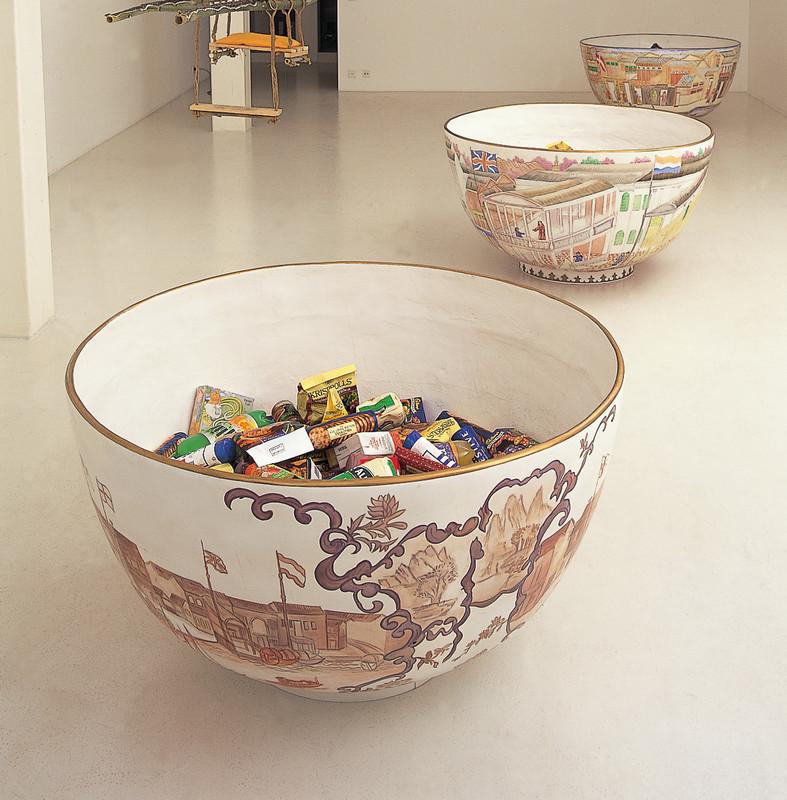 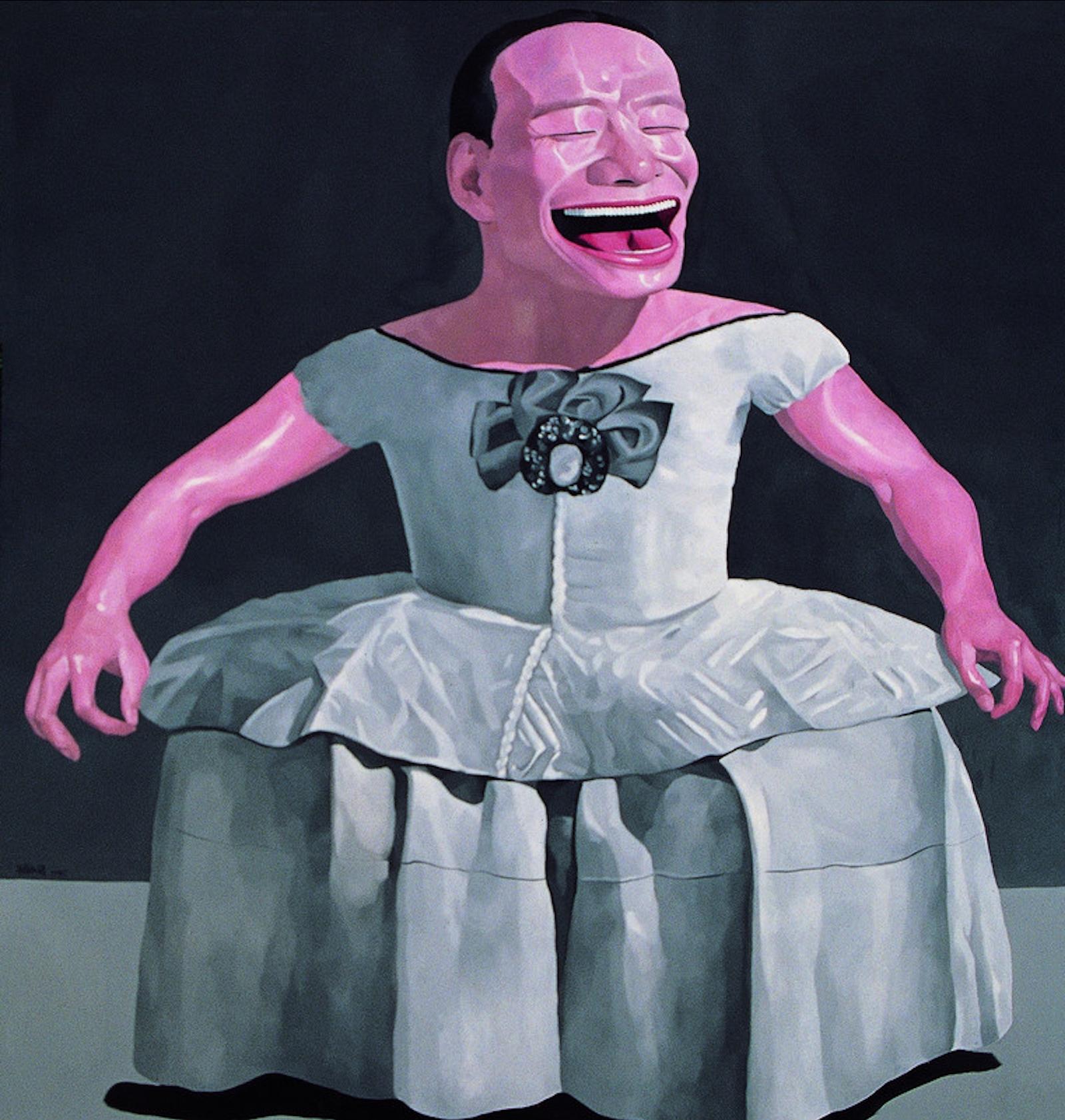 This second part of the exhibition also features a single gallery dedicated to the Tobacco Project—The Language of Smoke: 1902 by Xu Bing, an exploration of the American tobacco industry and its impact on the Chinese socio-economic environment. The installation, presented for the first time in the US, consists of a nebulous haze covering the neon characters of a 1902 advertisement for British-American tobacco in China.

In contemporary times, Western artists also incorporated Chinese themes, materials, and symbolism into their art. In Ferrell’s opinion “These traditions and subjects are now being considered on the international stage, but we still think of them as tied to East Asia. I think that someday (fairly soon) we will see Asian subject matter and materials further untether from its history and become international, just as we’ve seen Western materials and styles become globalized.” Until that day comes, let us enjoy these artistic exchanges and the “desirable sense of freedom”—to quote the Shanghai-based contemporary artist Qiu Anxiong—that art can give us.