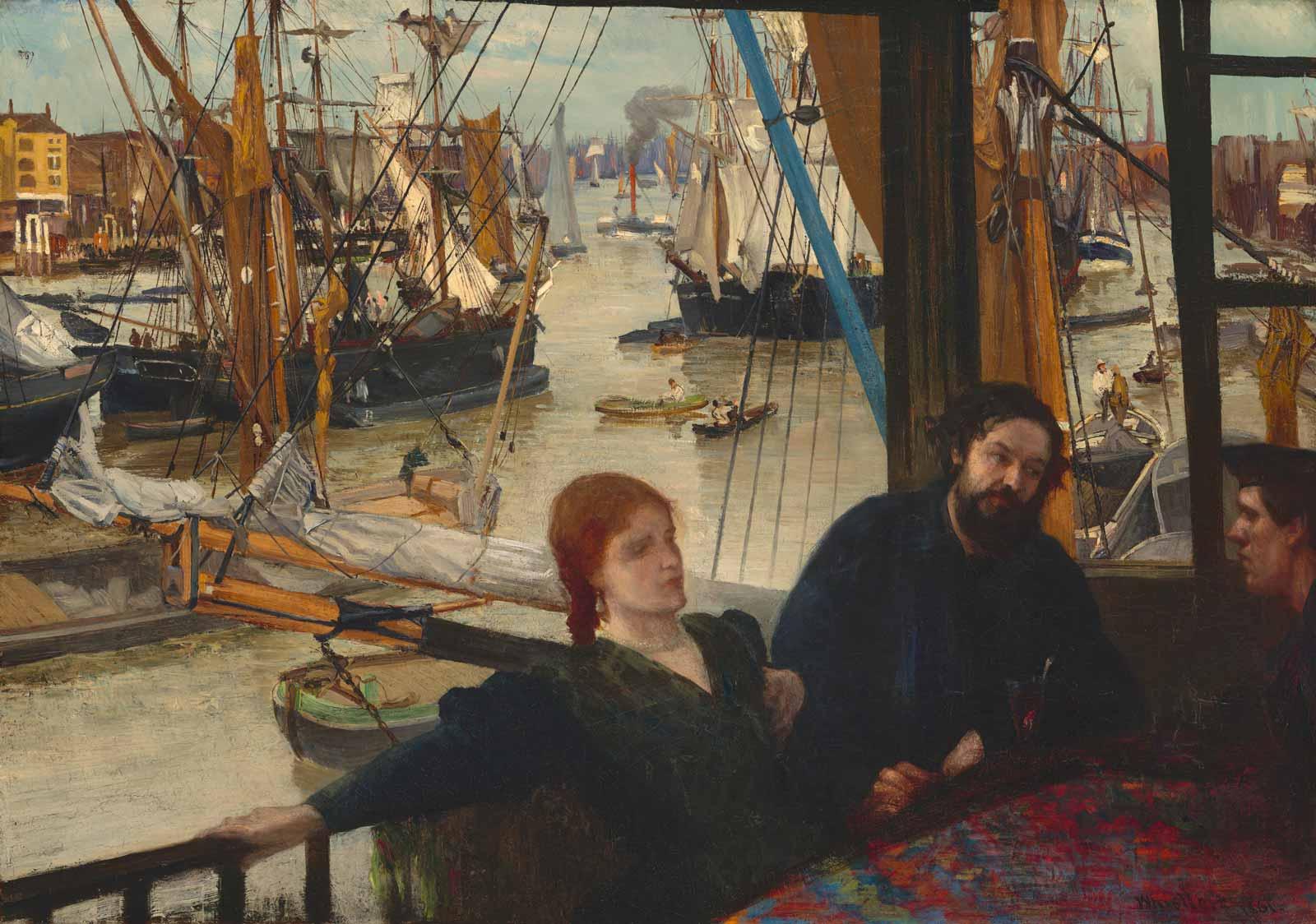 When the name of American-born artist James McNeill Whistler (1834–1903) comes up most people immediately think of his iconic painting Arrangement in Grey and Black #1 (1871)–an austere portrait of Anna McNeill Whistler commonly known as Whistler’s Mother. While the dark moodiness of this painting reflects both his personality and his mother’s influence, another woman, the striking, red-haired Irish model Joanna Hiffernan (1839–1886), who Whistler met in 1860, brought a new kind of love and light into his life and his art. Their relationship lasted two decades during which she was his mistress and primary subject.

More than a model or muse, Hiffernan was a true partner to the ambitious young Whistler. Despite an extensive body of scholarship surrounding Whistler’s artistic achievements, little has been known about the degree of influence Hiffernan exercised, personally and aesthetically, during the years they lived together out of wedlock. Their unconventional lifestyle mirrors the defiant stance taken by Whistler in the paintings of Hiffernan, none more significant or controversial in its own time than Symphony in White, No. 1: The White Girl (1861-63, 1872). It is one from a suite of three paintings that forms the central unifying theme in the first exhibition to examine this complex relationship. The title, like many of Whistler’s paintings, alludes to music and suggests his primary interest is in the formal, abstract qualities of the work. Paintings as arrangements of color, line, and form.

Professor Margaret F. MacDonald from the University of Glasgow is the preeminent authority on Whistler’s art and life and served as the co-curator of this exhibition scheduled to open in February 2022 at the Royal Academy of Arts, London. She spoke to Art & Object about her discovery of Whistler, which evolved into a life-long passion. “I was getting a teaching diploma and I didn’t plan to study Whistler. It all started with the letters. Then when I went to the Frick and saw his paintings, the merging of colors, they were beautiful.” MacDonald turned again to “mining Whistler’s letters for information about his models.” She found those letters, “most revealing, particularly about the subtle power play between Whistler and Hiffernan. While he is raving about her beauty, he is searching for something in that face.” It was that searching, perhaps never absolved, that drove Whistler to produce this extensive body of work in painting, etchings, and drawing shown together here for the first time. 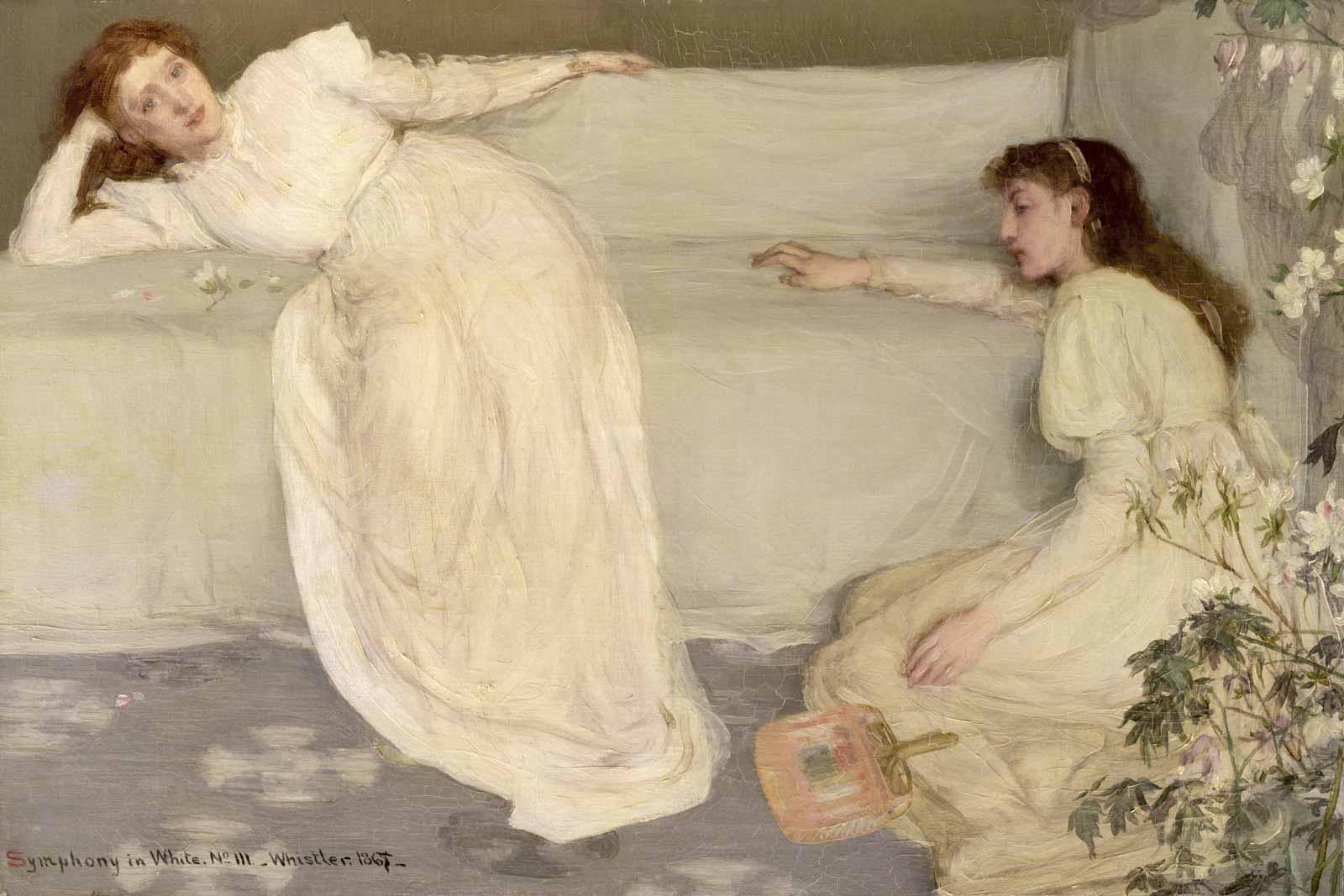 The Henry Barber Trust, The Barber Institute of Fine Arts, The University of Birmingham.

To understand any artist’s relationship to their model we must examine the artwork the model inspired. The answers we find may be deceptive. The estimation of that relationship is typically highly subjective, colored by the personal experience and predilections of the viewer. Just as Symphony in White, No. 1: The White Girl was rejected the year it was submitted for exhibition at the Royal Academy and Arrangement in Grey and Black #1 was accepted only ten years later, the factors contributing to those decisions appear murky, even in retrospect. In the case of Whistler, the rich repository of documents in his archive held by the Hunterian, Scotland’s art museum and gallery at the University of Glasgow, served MacDonald well in her efforts to uncover the essential nature of Hiffernan’s role in creating the work in which she was both the subject and the object of desire. 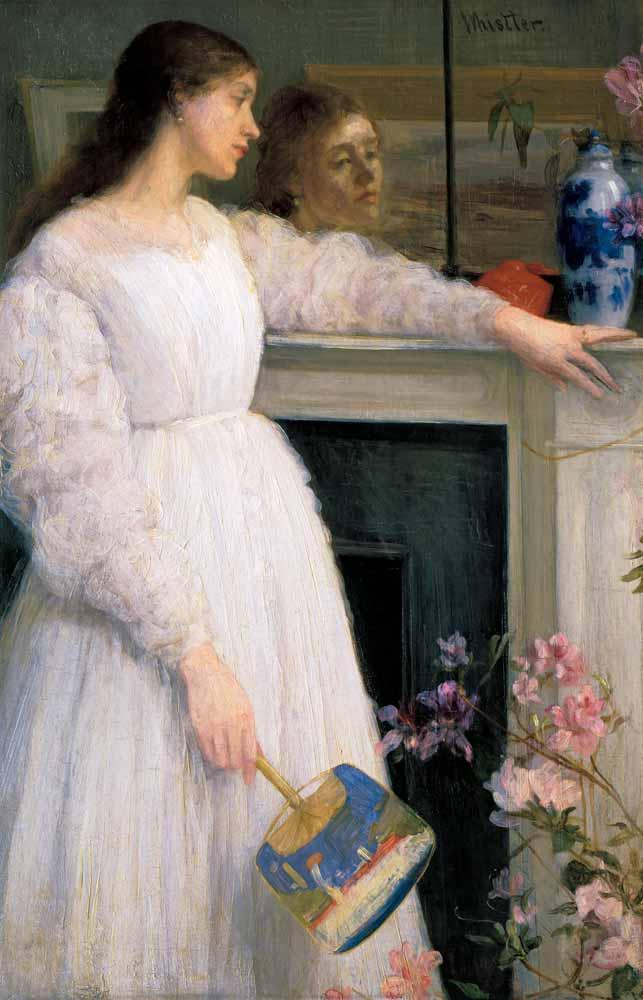 Undeniably, both Hiffernan and Whistler’s mother were devoted to him, supporting him through all of his often self-inflicted difficulties. In 1870 Whistler had a brief affair with a young woman, Louisa Fanny Hanson, while still living with Hiffernan. The affair resulted in a son, Charles James Whistler Hanson. Hiffernan took on the responsibility for Whistler’s little boy, which many interpret as a clear example of her good character and dedication to the artist.

Whistler also had money troubles through most of his life. At one point he declared bankruptcy which was in part the result of his famous libel suit in 1878 against the eminent art critic John Ruskin. Ruskin gave Whistler a particularly harsh review and, although Whistler won his case, the surrounding controversy soured the buying public on his work. However, Whistler was again very productive by the early 1880s. He worked to rebuild his reputation, taking on commissioned portraits, printing a series of etchings, and preparing exhibitions.

Meanwhile, Hiffernan was living with her sister, taking care of Whistler’s son, and suffering from a long-term bout of bronchitis. She became increasingly weak and died on July 3, 1886. She was forty-four years old. Her sister Agnes remained in touch with Whistler, and he took over more of the responsibilities for his own son. 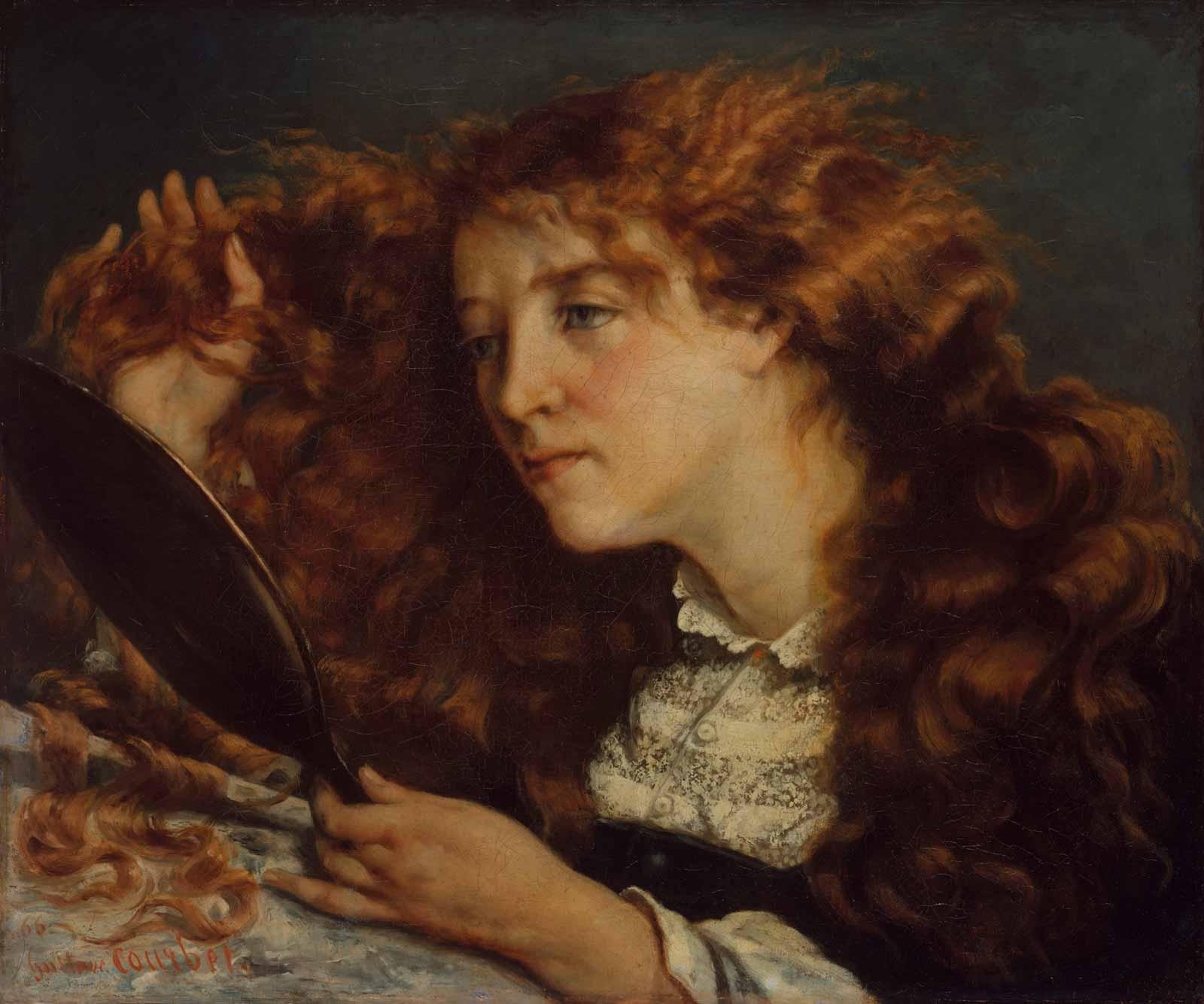 Whistler’s etchings of Hiffernan from the 1860s show her sleeping or at rest, but they might also be seen as precursors to her untimely death. At the conclusion of an essay in the gorgeous book and catalogue accompanying the exhibition MacDonald asks, “What do we really know of Joanna Hiffernan, the ‘woman in white’? Born in Ireland and raised in poverty in London, she maintained a close relationship with her sisters throughout her short life. A red-haired woman of rare beauty, with a joyous and passionate temperament, she was a capable manager, patient model, and faithful friend to Whistler–and a caring “Auntie” to his son.”

The exhibition includes paintings by Gustave Courbet (1819-1877) of Jo, The Beautiful Irish Girl as well as an exploration of white as a color and theme for Whistler and his contemporaries. Professor MacDonald is responsible for publishing A Catalogue Raisonné of Whistler’s etchings which have been made available online.