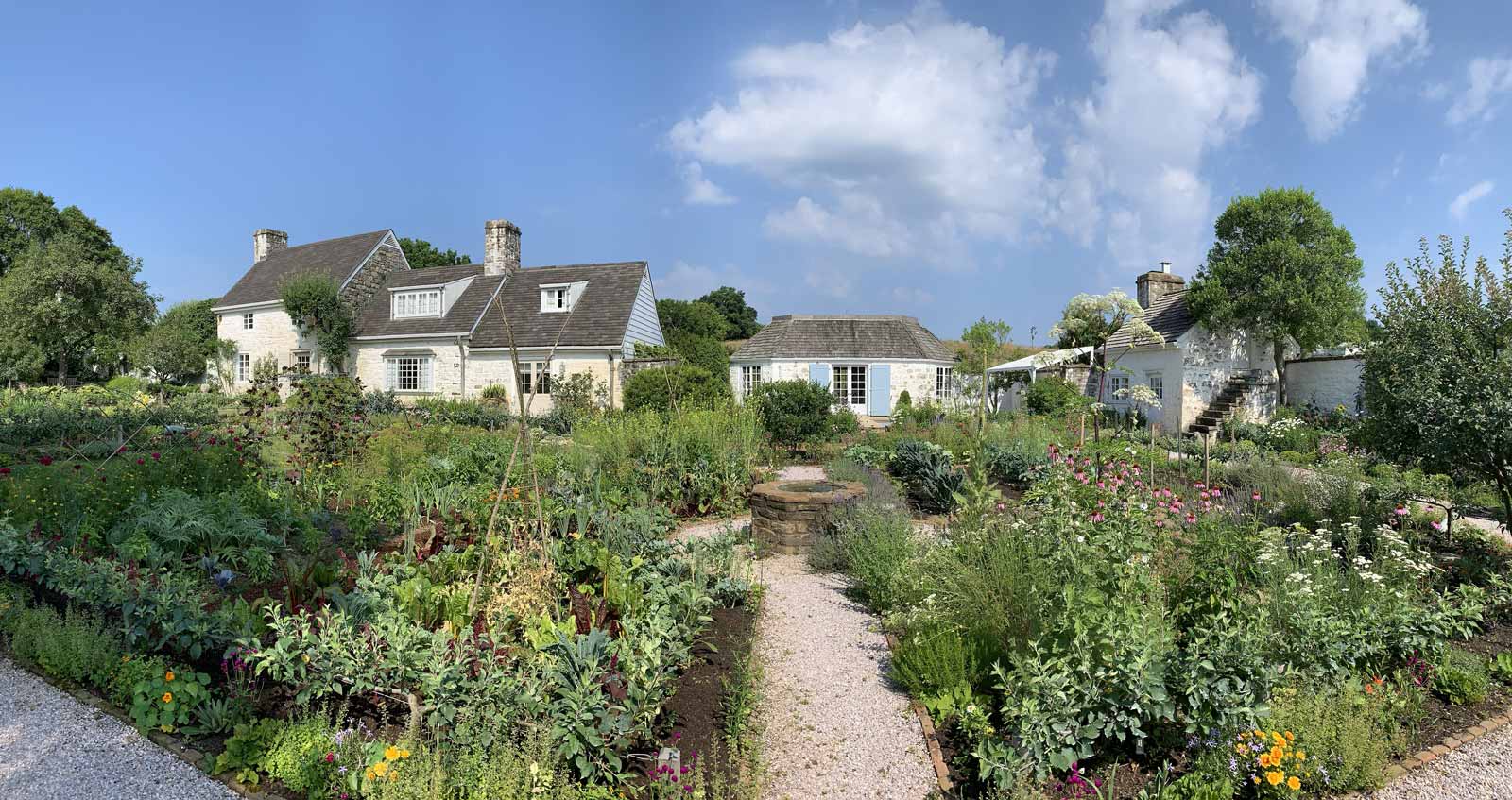 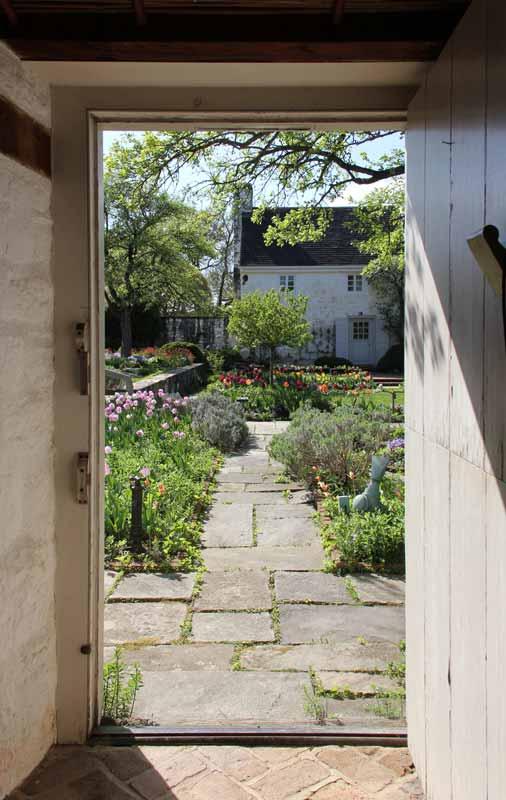 Instead of paint and canvas, Bunny Mellon worked with earth, plants, stone, and light to create “unperfect perfection.”

Nothing should be noticed.
-Rachel "Bunny" Mellon

Although said in reference to her approach to garden design, this oft-repeated quote epitomizes the restrained refinement and desire to avoid the spotlight that defined the long life of heiress, horticulturist, art collector, and philanthropist Rachel “Bunny” Mellon. Staying out of the public eye was no easy task given that she was best friends with Jacqueline Kennedy who engaged her to redesign the White House Rose Garden. When Bunny did appear in public, she wore understated clothes made just for her by the haute couture fashion designers Hubert de Givenchy and Cristóbal Balenciaga.

Born into great wealth, Rachel Lambert Mellon (1910–2014) was the daughter of Gerard Barnes Lambert, president of the Gillette Safety Razor Company, and granddaughter of Lambert Pharmaceuticals founder Jordan Lambert, the inventor of Listerine. Her mother, also named Rachel, nicknamed her “Bunny” and the childhood label stuck. Bunny’s second marriage to Paul Mellon (1907–1999), the only son of industrialist Andrew Mellon (1855–1937), the heir to the Mellon Bank fortune, greatly increased her net worth and launched the couple’s foray in the art world as collectors and benefactors. Andrew endowed the National Gallery of Art in Washington, D.C. and Paul dedicated the building including his father’s extensive art collection in 1941. Paul later provided the funding for the I.M. Pei-designed East Building and over the years he and Bunny donated over 1,000 artworks to The National Gallery. 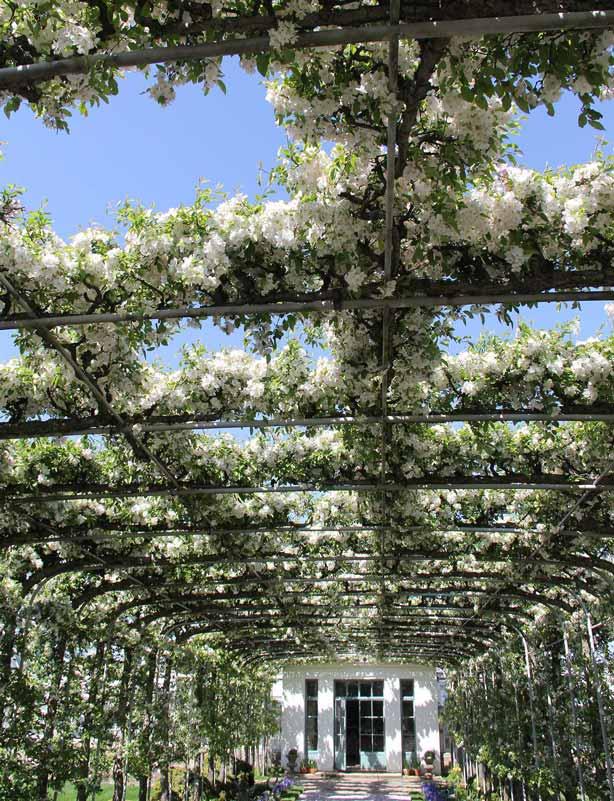 Privacy had long been a priority for both Bunny and Paul. “[It’s] the most valuable asset that money can buy,” he wrote at the conclusion of his 1992 memoir, Reflections in a Silver Spoon. Although rarely seen in public following her husband’s death, Bunny’s need for privacy did not preclude the collector from forming deeply committed relationships to the art and artists she admired. “Diego [Giacometti] was a dear friend” she commented in a rare New York Times interview. She also embraced certain valuable members of her extensive staff, some of whom occupy prominent positions today maintaining her vision at the Oak Spring Garden Foundation in rural Virginia.

In spite of having homes in Antigua, Nantucket, Cape Cod, Paris, Washington D.C., and a New York City townhouse, it was the cluster of white-washed stone buildings resembling a charming eighteenth century French Chateau in the midst of rolling fields overlooking Virginia’s Blue Ridge Mountains where Bunny Mellon felt most at home. Here is where the self-taught botanist invested her talent for gardening, finding inspiration in the work of the seventeenth-century landscape designer Jean de La Quintinie, who created Louis XIV’s fabled Potager du Roi, (The Kitchen Garden of the King) at Versailles. La Quintinie pioneered techniques for cultivating and pruning fruit trees that Bunny adopted and assiduously practiced in her Oak Spring garden.

After her death in 2014 at 103, the non-profit Oak Spring Garden Foundation was formed to serve as a resource for scholars, researchers, and artists whose work might benefit from her legacy. Peter Crane, an English paleobotanist, was hired as the foundation’s first president. His domain includes managing this garden paradise, its greenhouses, an adjacent biocultural conservation farm, and the Edward Larrabee Barnes-designed library housing Bunny Mellon’s extensive collection of antiquarian garden books, manuscripts, botanical art, sculptures, and objets d’art. Some of the illuminated manuscripts date to the fourteenth century and the collection spans much of art history to include floral works by Picasso and Andy Warhol. A large canvas by Mark Rothko, one of his Yellow Expanse series, hangs in the library. Bunny has said it was one of thirteen works by Rothko that she purchased in the 1950s when she wandered by chance into the artist’s New York studio, which was close to her home on East 70th Street. 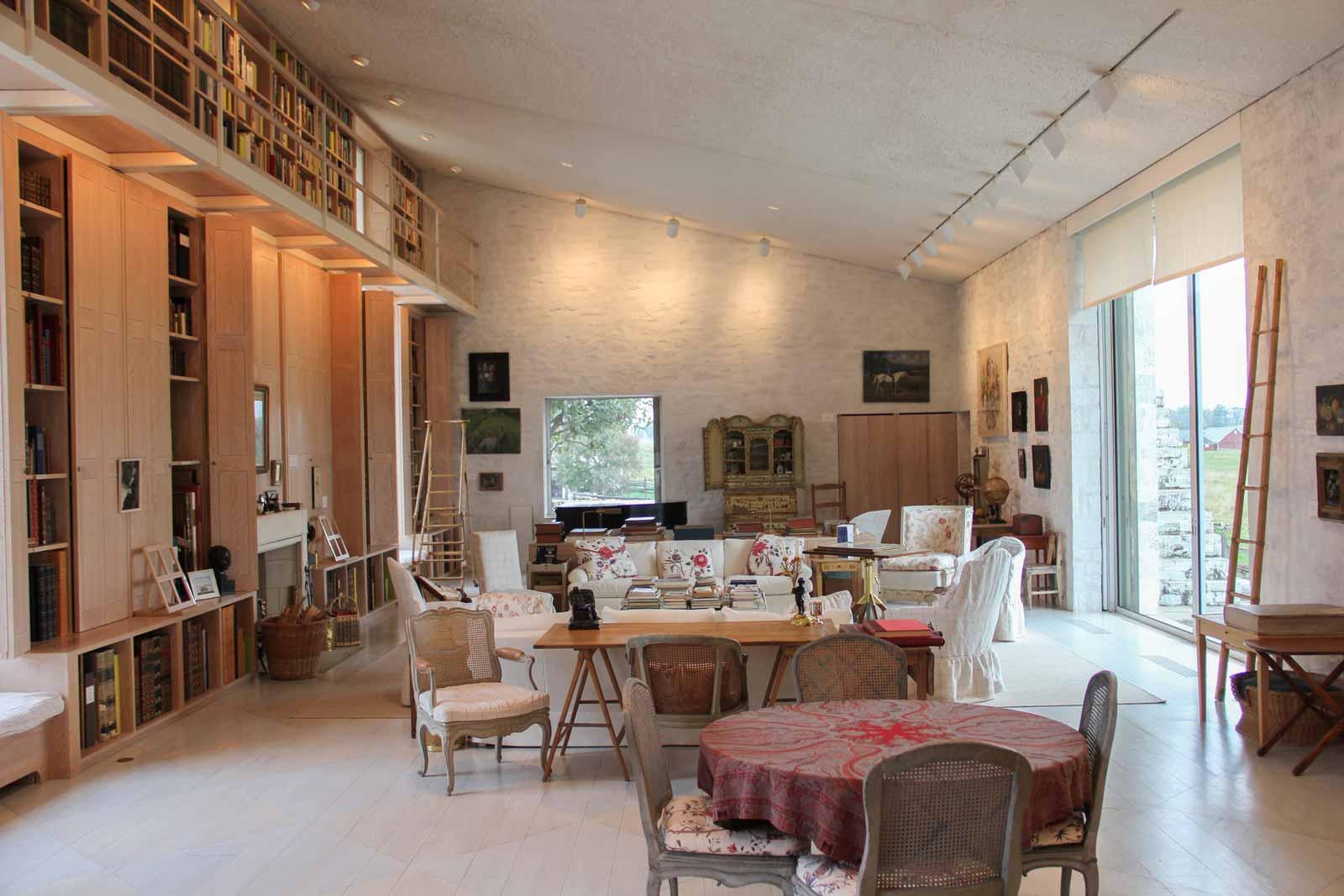 The library is at the heart of the foundation and the learned librarian, Tony Willis, was present at the birth of the library when Bunny asked him to organize it all. Having worked closely as her assistant for decades, Willis’ intimate knowledge of the entire collection of over 19,000 objects is invaluable in guiding the artists, scientists, curators, and scholars who are invited to study at Oak Spring.

“I have the luckiest job in the world,” says Danielle Eady who was hired shortly out of grad school at the Art Institute of Chicago to head Oak Springs fledgling Fellowship and Residency Program. One of the job’s perks includes living on site where she, “came to appreciate the holistic nature of the artistic experience.” Eady’s Master’s research was on artist residencies and she saw an opportunity to help shape this pilot program. Initially, an outside selection committee nominated artists and in October 2019 sculptor Delores Furtado was invited to come work at Oak Springs. Eady observed Furtado’s excitement as the artist collected material; wood chips, plants, and other detritus from the site to make paper that took on unique characteristics hinting at its source. Imbued with a sense a play, the artist was given the time and space to explore rather than being pressured to complete a finished work. In 2020 Oak Spring initiated an open call to artists that will be culled by the selection committee and the staff, which includes an eclectic mix of farmers who are poets and artists who garden. The long view is to build a group of mission-focused alumni maintaining a dialogue over time. 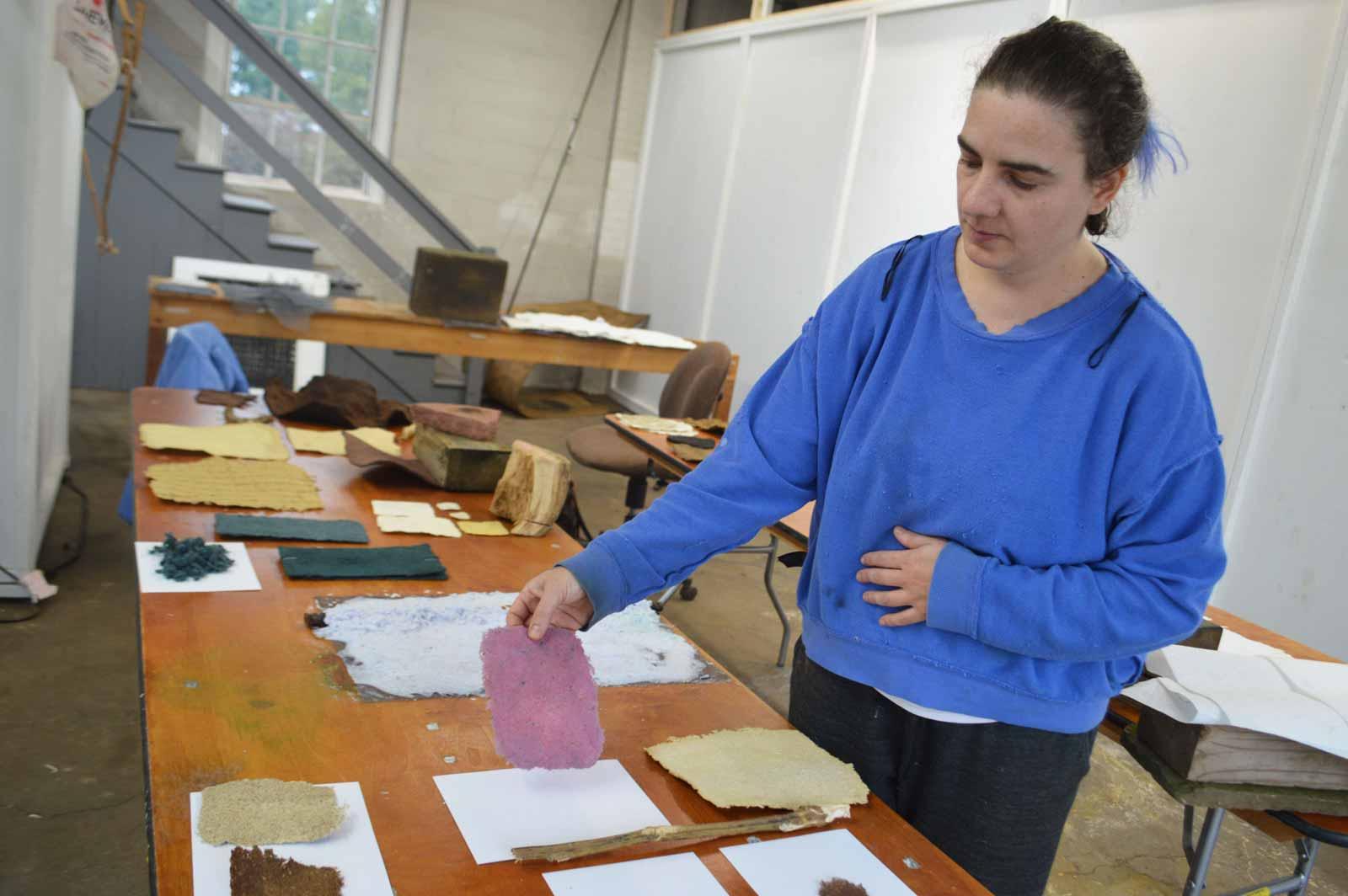 Bunny Mellon would be pleased. More than just a source of funds, she would be recognized as an artist in landscape and garden design. Instead of paint and canvas, she worked with earth, plants, stone, and light to create “unperfect perfection.” In keeping with her penchant for balancing the permanent with the ephemeral, she planned her own funeral in great detail. It was intended to be a garden party. She just wouldn’t be there.

In April 2020, Oak Spring Garden Foundation sponsored Shelter in Art, an online exhibition of thirteen artists who “are using the pandemic to re-examine their relationship to the natural world.” Many people, artists included, have found solace in gardens during this time of crisis. At Oak Spring Garden Foundation, Bunny Mellon’s legacy continues to blossom, as philanthropy and artistic vision come together in a place of great beauty.