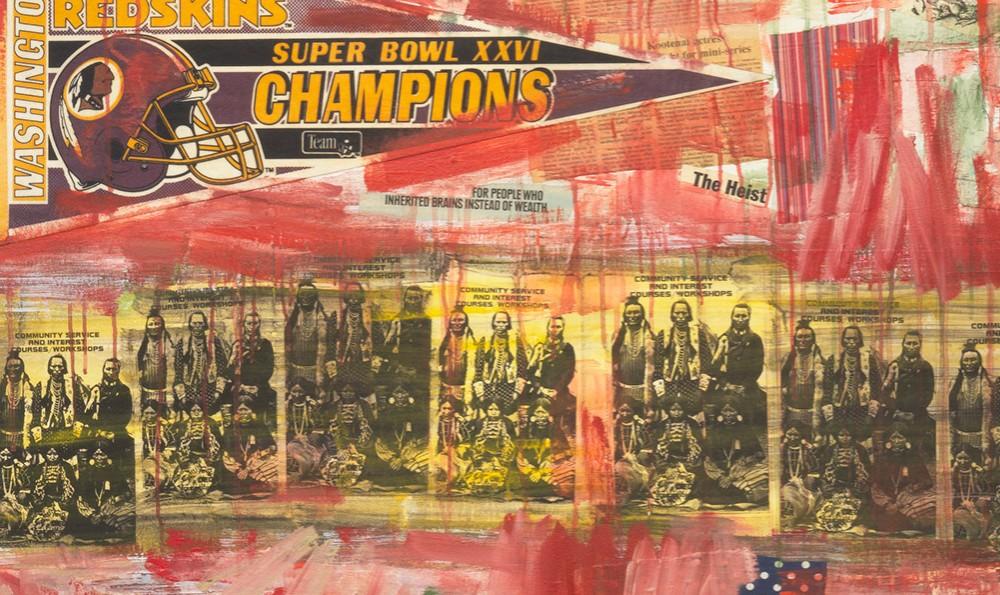 The National Gallery of Art announced this week the acquisition of their first major painting by a Native American artist. Jaune Quick-to-See Smith’s I See Red: Target from 1992 joins twenty-four other works by Native American artists currently in the Gallery's permanent collection. These other works are smaller, either on paper or photographs, while Quick-to-See Smith’s large-scale work on canvas holds its own in the museum’s pop art gallery, where it currently hangs beside works by Jasper Johns and Andy Warhol.

I See Red: Target is a towering eleven-feet tall. Referencing Jasper Johns’ Target paintings (one of which is displayed nearby) and Robert Rauschenburg’s layering of images in his assemblages, the height of the image also suggests a monument or totem pole. Using mixed media, Quick-to-See Smith juxtaposes historical images of real Native Americans as well as ephemera from her own life with portrayals of “Indians” in pop culture, advertising, and the media at large.

Though created in 1992, the issues Quick-to-See Smith confronts in I See Red: Target are more pressing than ever. For decades, Native Americans and activists have steadily called for racist caricatures like the mascot of the Cleveland Indians to be changed. As America is reckoning with a renewed civil rights and racial justice movement, the demand to ban brands that depict stereotypes of Native Americans has come back to the forefront.

Quick-to-See Smith is an enrolled Salish member of the Confederated Salish and Kootenai Nation in Montana, and currently lives in New Mexico. A successful artist and educator with a career spanning forty years, her work is already held by major museums around the world, including the Metropolitan Museum of Art and the Museum of Modern Art, New York. 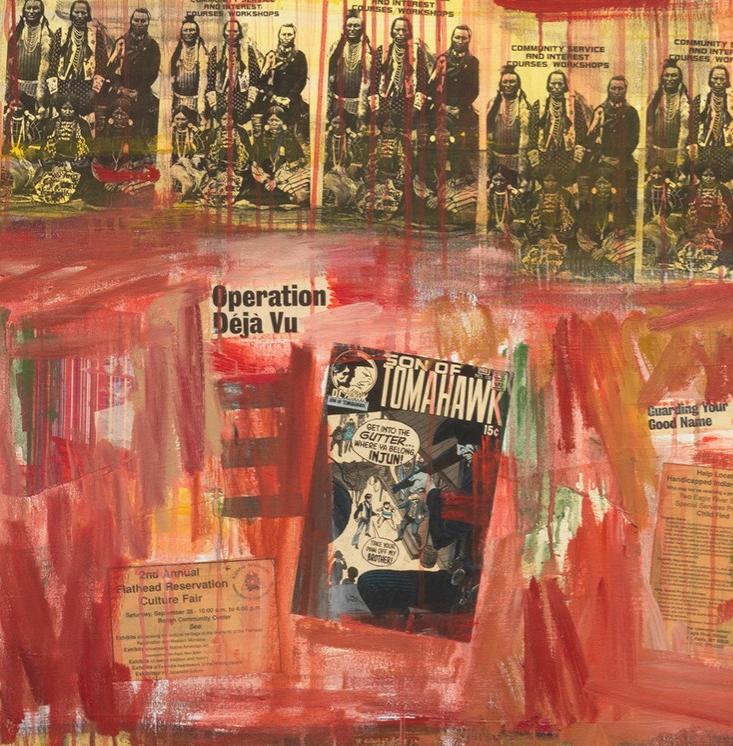 I See Red: Target is part of a series of works begun in 1992, its title confronting the prevalence of the commodification of Native identity in the form of racist imagery relating to the “Red Man.” The year this work was created marked the 500th anniversary of Christopher Columbus's arrival in the Americas and the Washingon Redskins won the Super Bowl.

Quick-to-See Smith told the Associated Press that she thought that this painting would one day be a historical relic.

“(Racism) is still happening with Black Lives Matter,” she said. “It’s been twenty-five years and I thought ’Oh, this will be obsolete’… On the one hand, it’s joyful; we’ve broken that buckskin ceiling, on the other, it’s stunning that this museum hasn’t purchased a piece of Native American art” before.