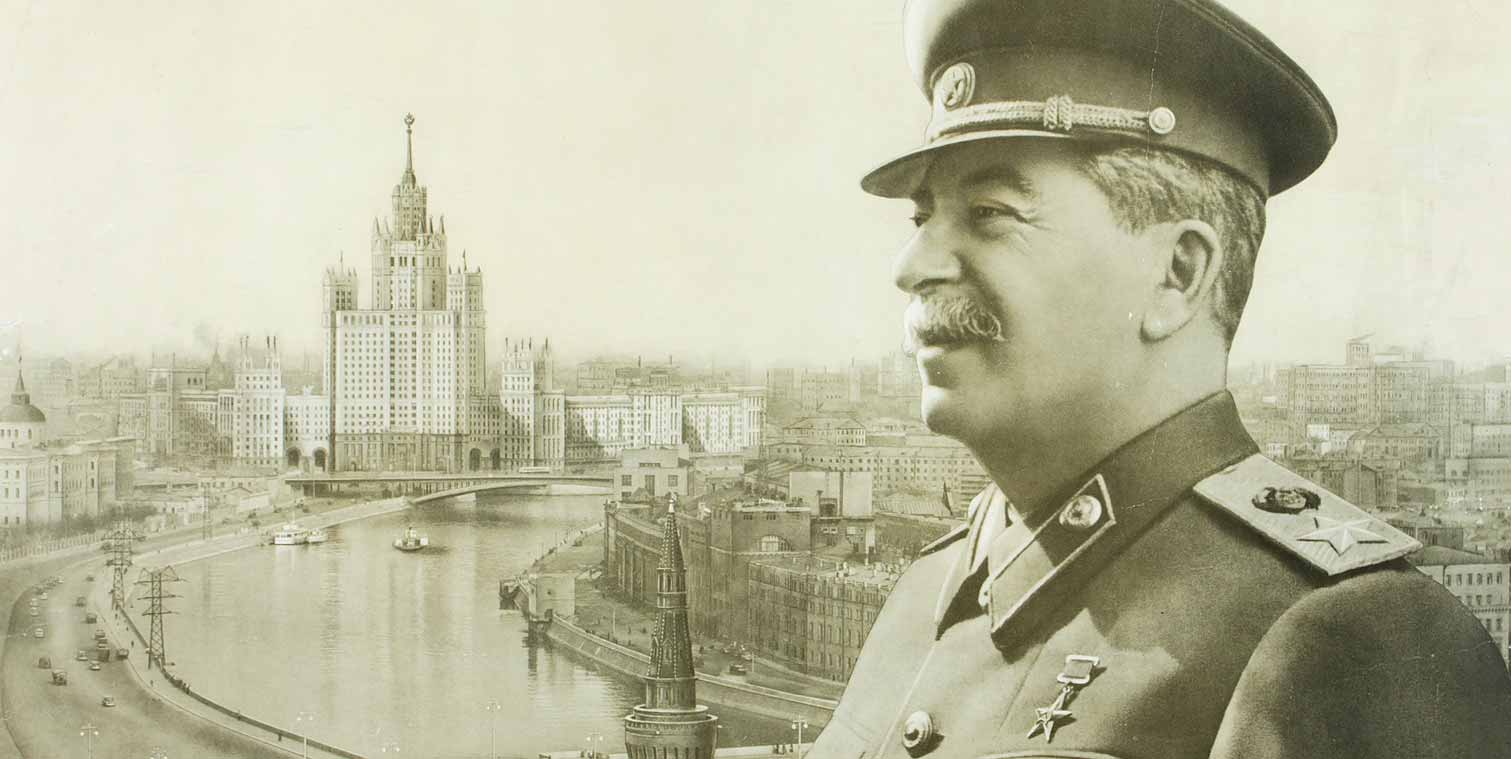 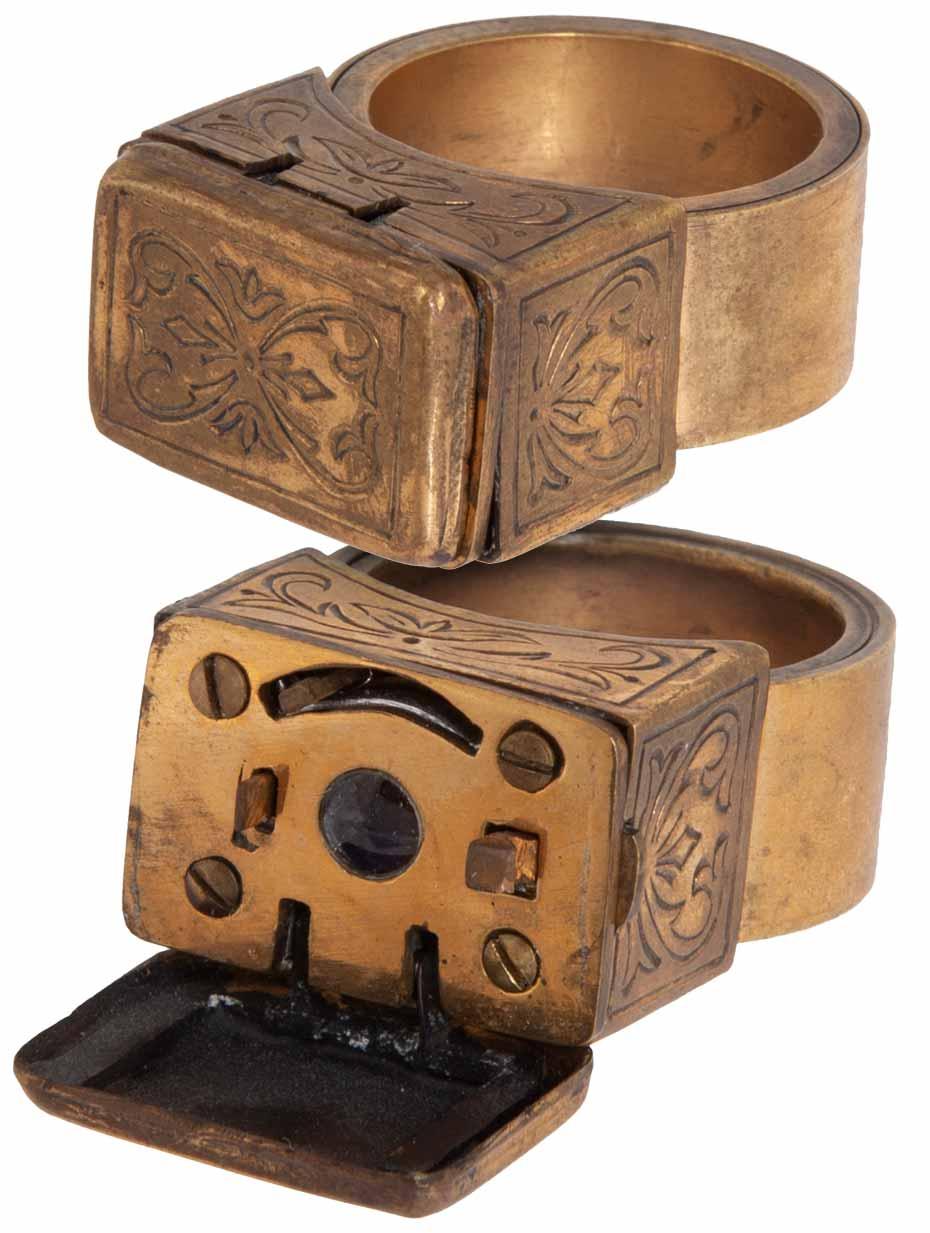 “It’s such a diverse collection of amazing espionage items from a very dark era in our lifetime.”

In the age of smartphones and smartglasses, we might feel blasé about a camera hidden in a hollowed-out hardcover book or a carton of Marlboros. As clunky as they may seem now, these objects were novelties used by covert intelligence operatives in the middle of the twentieth century. More impressive might be a ring camera, similar to the one that appears in the 1985 James Bond flick, A View to a Kill.

All three items can be found within a vast collection of spy relics that does actually read like a list of Bond gadgets, including all manner of code machines and surreptitious recording devices, which, until recently, formed the nucleus of New York City’s KGB Espionage Museum. The gold-plated ring camera, measuring 1 3/8” by 1½” and containing only enough film for one discrete snapshot, is particularly rare.

The museum’s co-curators, Julius Urbaitis, and his daughter, Agne Urbaityte, stocked the public space with Urbaitis’ personal collection. Urbaitis, 57, grew up in the shadow of a Russian military unit in Lithuania and began collecting military badges as a child. He also collected more mundane objects, such as match labels, vinyl records, stones, and passkeys, but he was drawn to the World War II and Cold War periods. He refined his collection until it was almost exclusively devoted to the Soviet secret police force known as the Komitet Gosudarstvennoy Bezopasnosti (KGB). “I was fascinated by the search process and KGB artifacts are hard, complicated to find,” Urbaitis writes via email from his home in Kaunas, Lithuania.

What makes collecting in this area so challenging, he explains, is that KGB techniques were considered secret forever. Even faulty and obsolete technology had to be destroyed by law, or as dictated by internal regulation. Urbaitis managed to buy some materials at auction, or in trade with other collectors, but exhibit-worthy pieces often came directly from former KGB officers and their families.

The KGB Museum opened in New York’s Chelsea neighborhood in January 2019 and closed in March 2020, largely due to the pandemic. Now more than 375 artifacts from its collection will be offered for sale in Beverly Hills on February 13 in an auction that will help define the market for Cold War memorabilia. “It’s such a diverse collection of amazing espionage items from a very dark era in our lifetime,” says Martin Nolan, executive director and CFO at Julien’s Auctions. “Each of these items represents an education, an insight into a cruel, harsh world.”

We tend to overlook the innovation involved in political subterfuge, Nolan says. “We have to think about the genius of the people that created these items and how ahead of their time they were, how futuristic they were in their ability to collect information. And, of course, it’s still happening today with cyber espionage.” 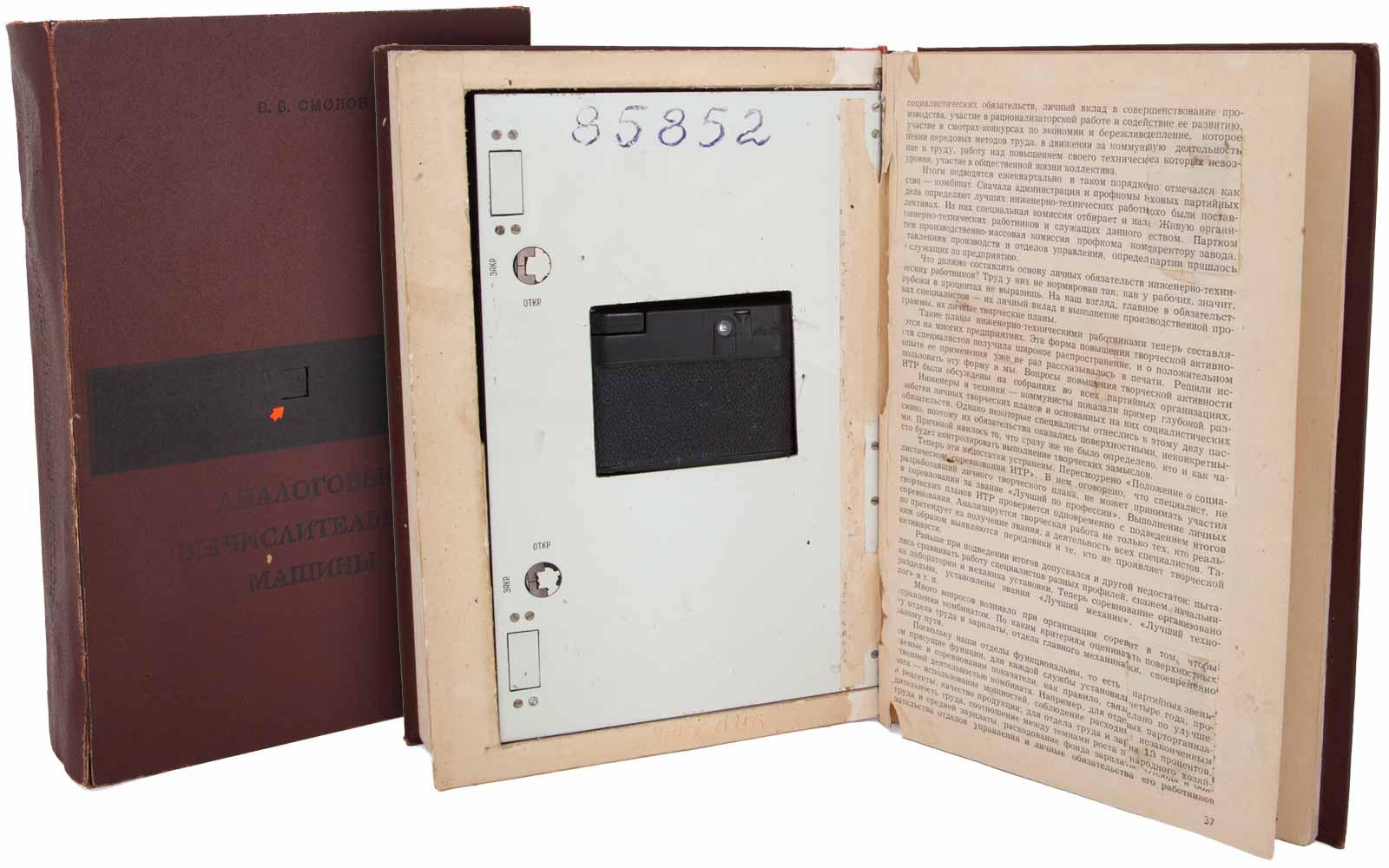 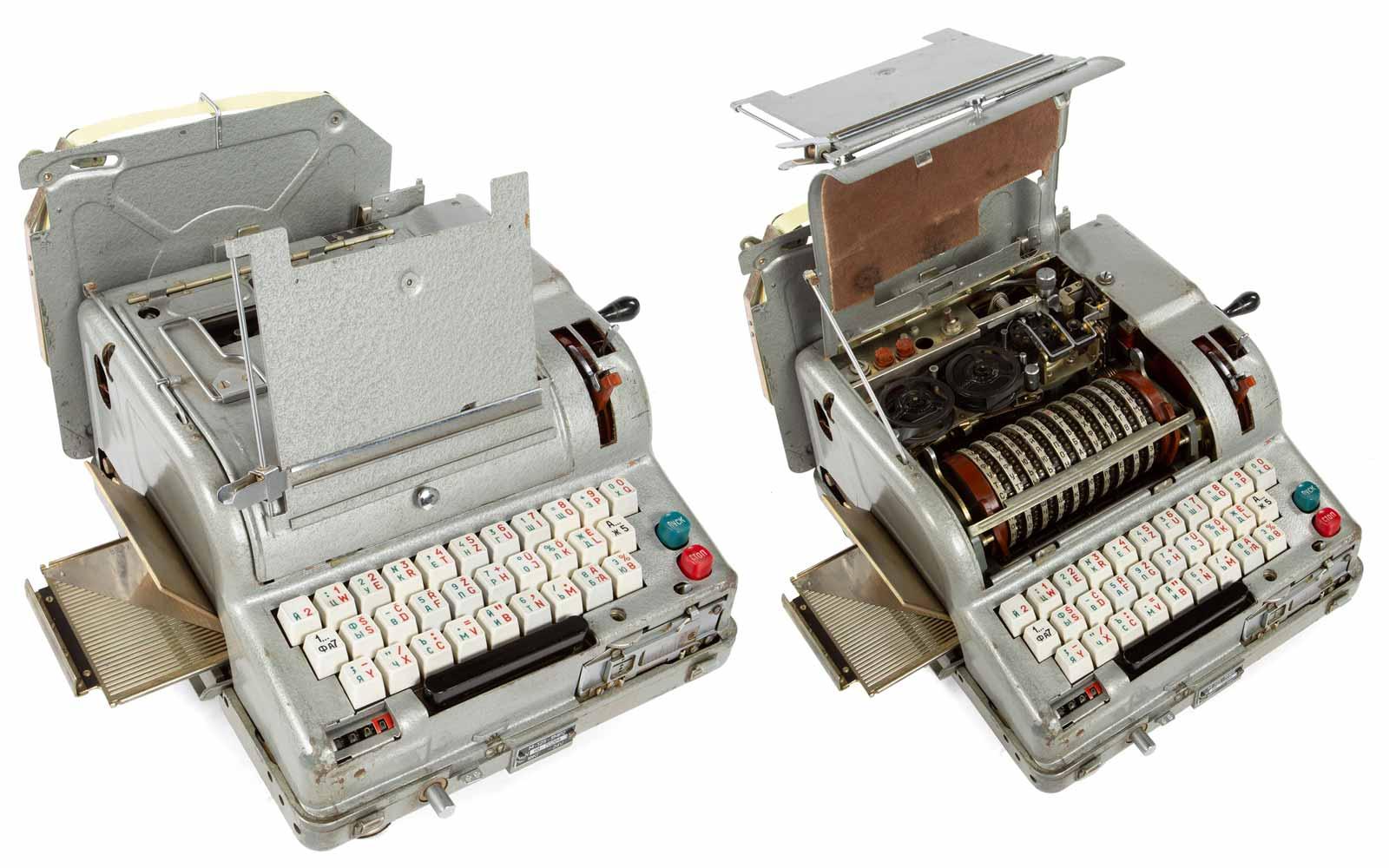 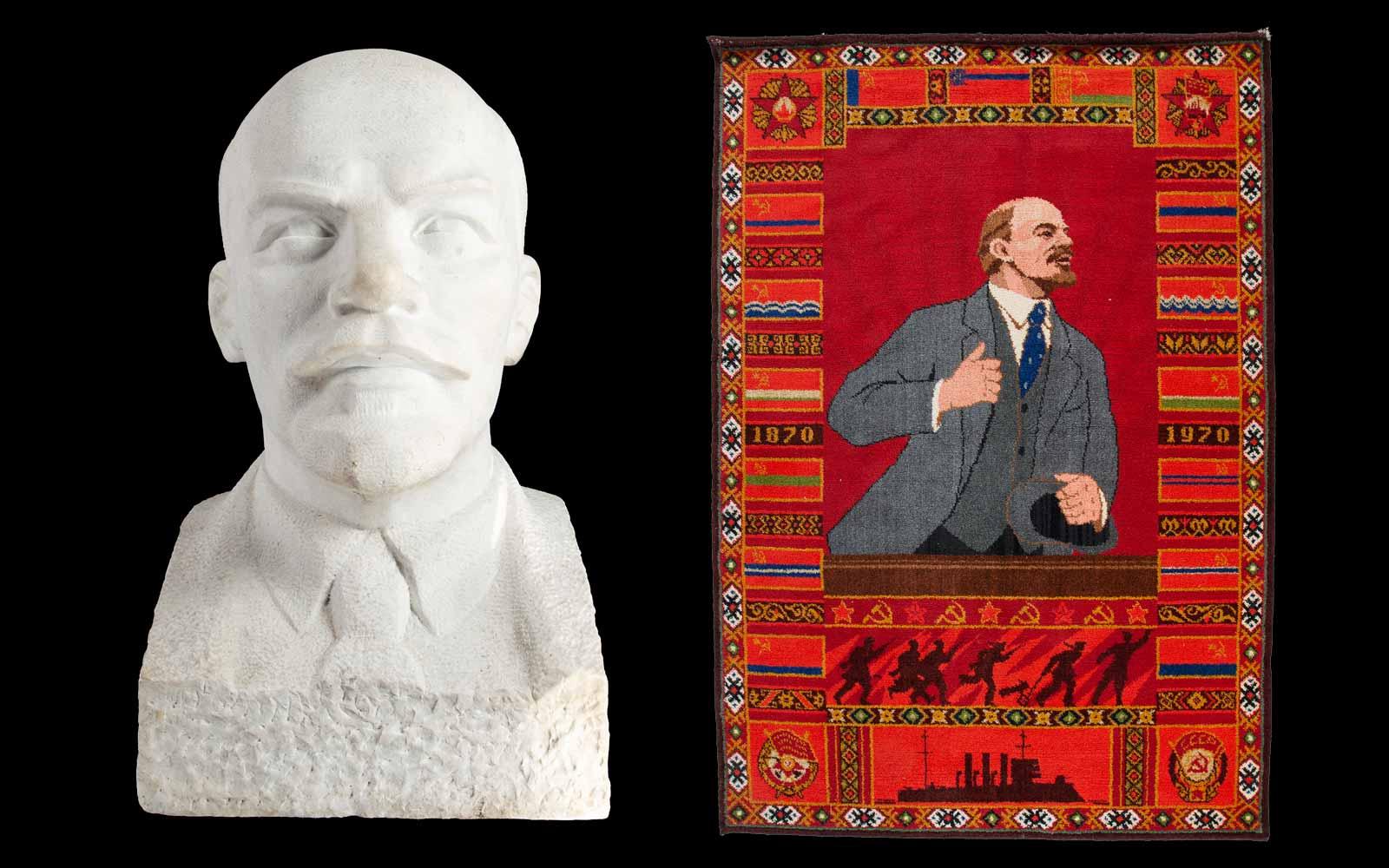 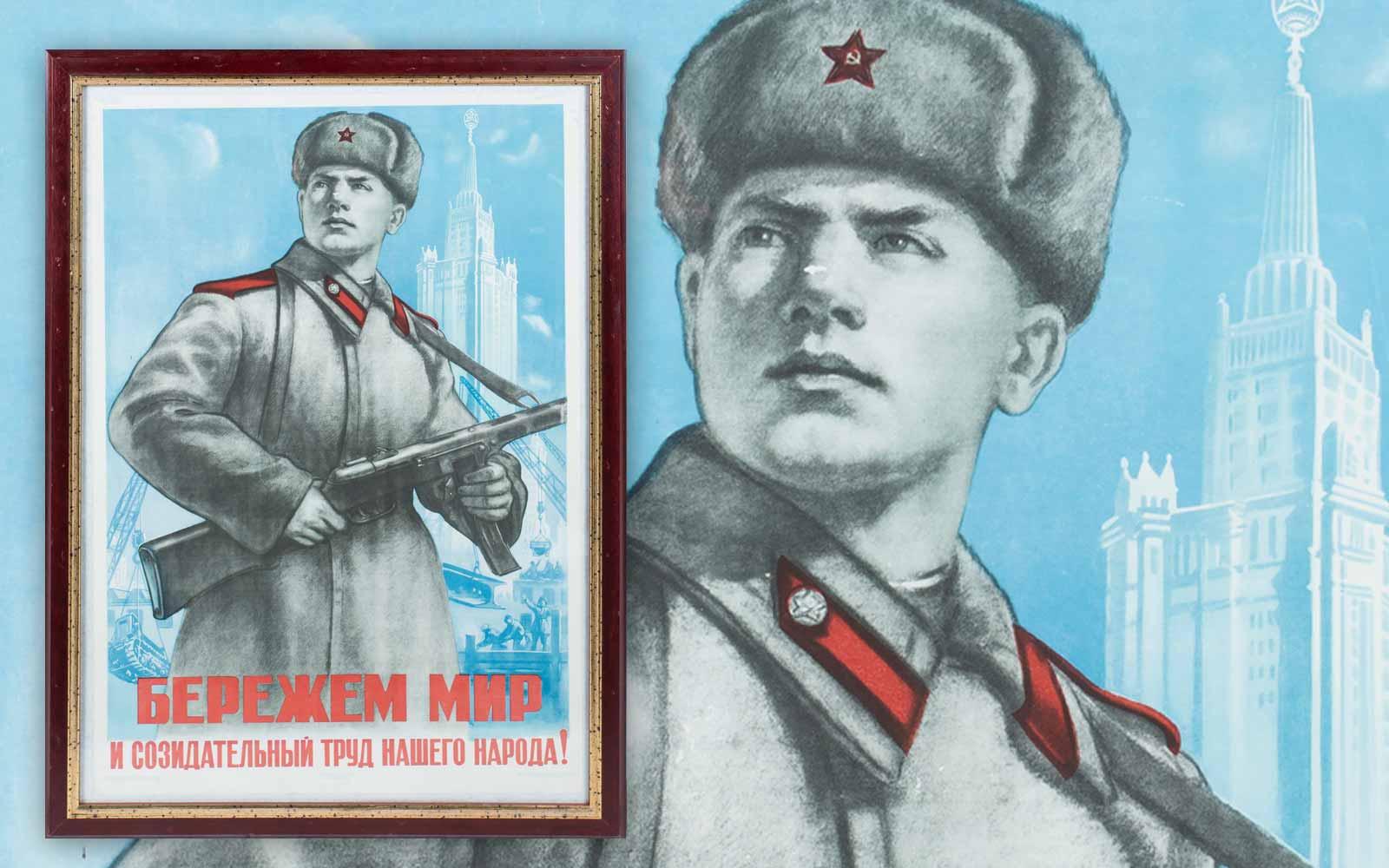 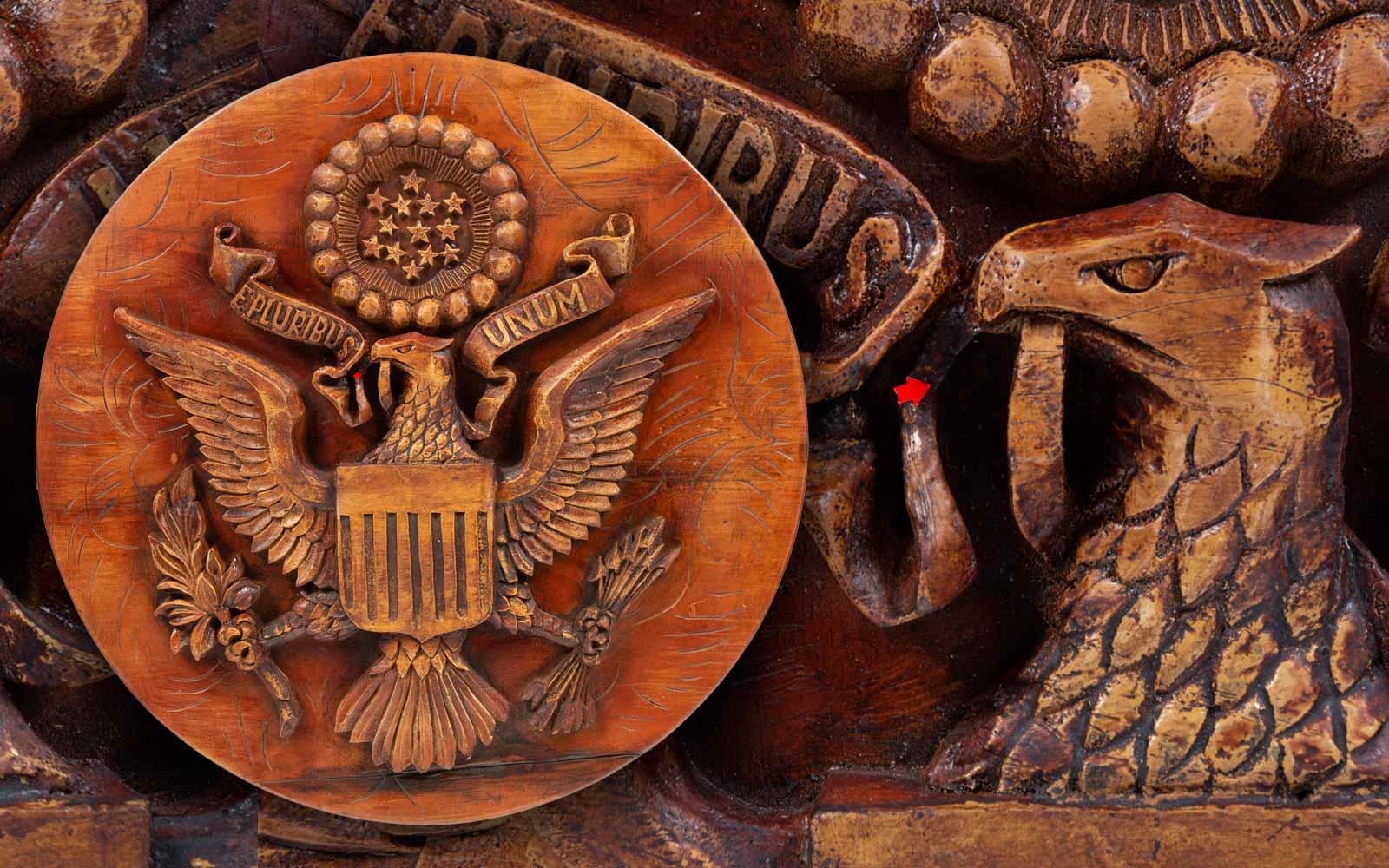 Unsurprisingly, surveillance tools in the form of ‘bugs’ and ‘bug sweepers’ surface repeatedly in the collection, demonstrating that you can wiretap just about anything: a dinner plate, a ballpoint pen, a belt. One of the legendary tales of Soviet spycraft comes to life through a carved wooden plaque given in 1945 to W. Averell Harriman, the American ambassador to the Soviet Union, by a group of Russian schoolchildren. Harriman hung “The Thing,” as it came to be called, in his residential study, where Soviets eavesdropped on him and his successor for seven years. The wall decoration had been expertly fitted with a listening apparatus that required no power supply, courtesy of Léon Theremin, the Russian inventor of a bizarre musical instrument that bears his name. The KGB Museum’s copy is a replica—the original has mysteriously disappeared—but it is still projected to raise $3,000-5,000.

When a Fialka encryption machine went on display at the KGB Museum in 2019, it was the first time the average American could see one up close, according to a Foreign Policy article written by Anna Borshchevskaya. Often compared to the German ‘Enigma,’ the wheel-based cipher machine dominated Russian communication until the code was finally cracked in 1991. It is estimated to be the auction’s top lot at $8,000-12,000. 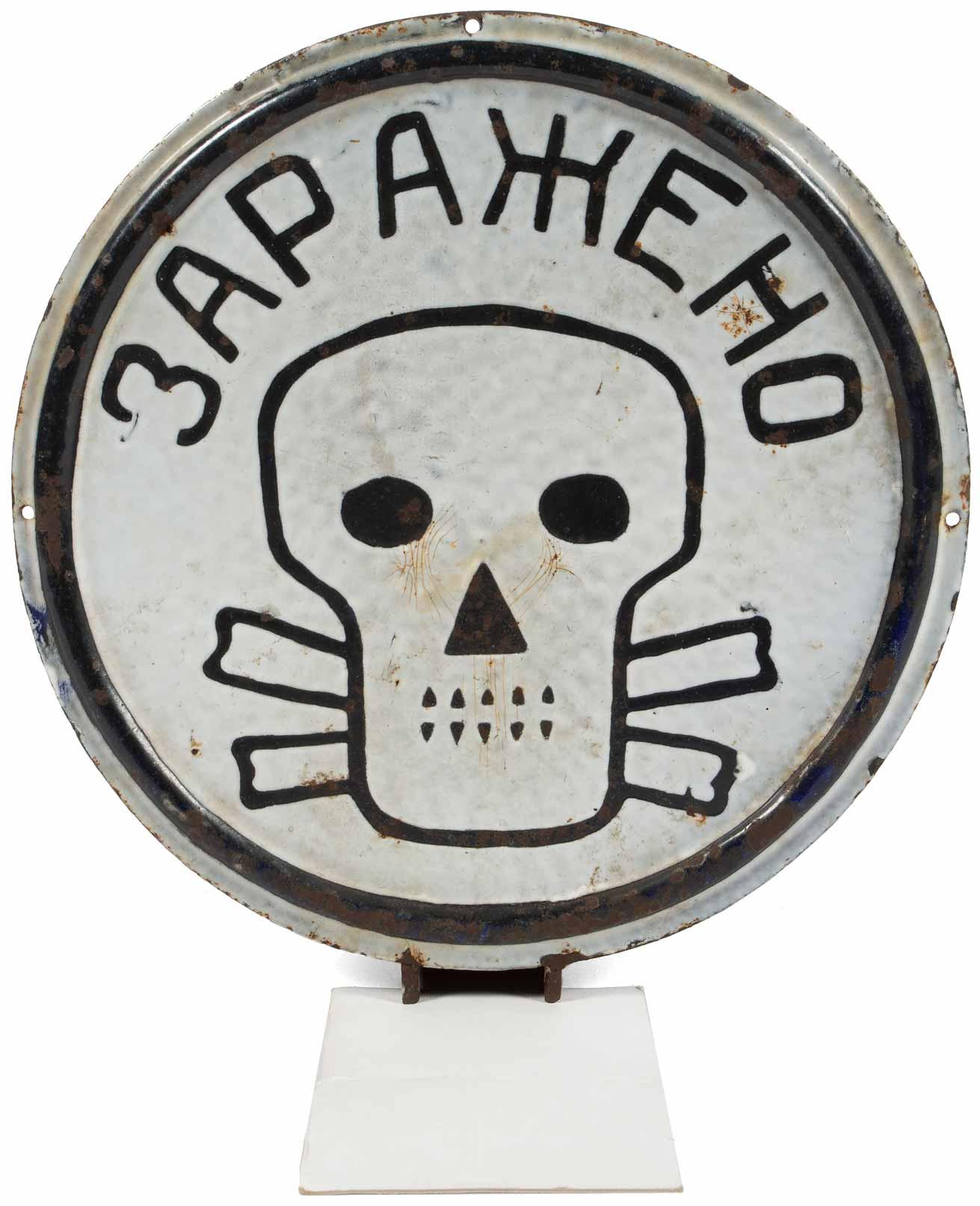 According to Nolan, a subset of items in this collection are particularly “chilling.” A battered steel door from a KGB prison hospital is one of the most evocative and horrifying. There are several of these doors on offer, all looking as if they were shipped direct from the Gulag just yesterday. A KGB-made fake tooth with a hidden compartment that stored potassium cyanide is another shiver-inducing item. Upon capture, an agent would bite down and ensure his own quick death.

The administration of lethal poison has long been a staple in this line of work, from the 1978 murder of Bulgarian dissident Georgi Markov committed with a ricin-filled, needle-tipped umbrella (reproduced for lot 394) to the recent nerve agent attack on Russian opposition leader, Alexei Navalny.

Another artifact that seems to have added relevance today is a 1950s-60s enamel railway sign depicting a skull and crossbones. It warned travelers that they were passing through an area known to be radioactive or infected by disease.

As would be expected, the collection also includes art objects that venerate Vladimir Lenin—paintings, sculptures, even a commemorative carpet—and Joseph Stalin, who turns up in a group of five vintage propaganda posters from 1949. A beautiful amber-hued and gold-plated coat of arms that bedecked the Klaipeda KGB Committee office in Lithuania is one of the collection’s sleepers.

As for Urbaitis, he hasn’t shaken the collecting bug (pun intended). He is back at work, running a museum he founded in 2014, Atomic Bunker, situated in an abandoned bunker in Lithuania, and he intends to keep at it, “like an ant searching for the straws,” he writes. “Of course, the topic of KGB has its many secrets and the acquisition of a KGB exhibit can often be seen as a treasure hunt.”