The Artist Group Behind Memphis Design 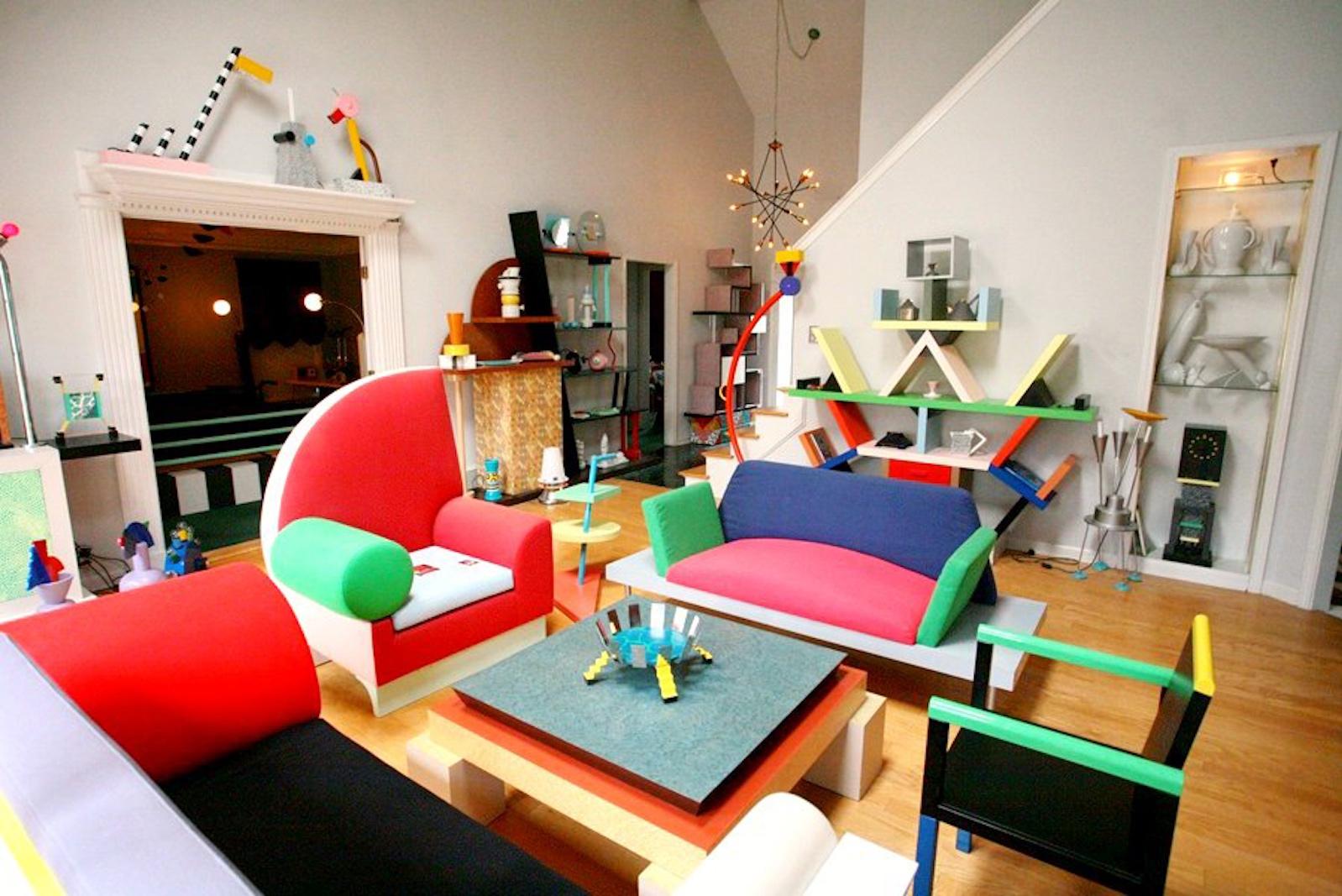 Room view of part of a Memphis-Milano design collection.

While the impact of the movement far eclipses the brevity of the collective, without a doubt, the Memphis Group has become synonymous with the visual culture and nostalgic aesthetic of the 1980s. Rooted in a blatant rejection of mid-century modernism and minimalism, the Memphis Group redefined the boundaries of design and characterized the aesthetic of the 1980s through ostentatious punchy colors, abstract motifs, and the reimagination of functional pieces of art.

Before the revolutionary movement rocked the art scene, the Memphis Group came from humble beginnings.  Founded in 1980 by Italian architect and designer, Ettore Sottsass, the collective was comprised of international designers and architects who all had one objective: to radically dismantle and disrupt conventional design practice and aesthetic.

The group gained its name upon their unintentional first meeting; as they began sharing drawings and ideas for innovative furniture silhouettes, Bob Dylan’s Stuck in the Mobile of Memphis Blues Again echoed throughout the apartment. Inspired by the collaboration and intriguing ingenuity of the group, Sottsass proposed the idea of an art collective and thus the Memphis Group was born.

Within a year, the artists debuted their collection at the 1981 Salon de Mobile in Milan. While Memphis was initially rejected by critics for being laughable and utterly ridiculous, with one critic in 2012 retrospectively equating the works as “a shotgun wedding between Bauhaus and Fisher-Price”, the eclectically acidic style drew in unprecedented crowds to gawk at the reimagined pieces of furniture. While many pieces are named after international cities, some of the most notable were mockingly named after yuppie hotels, such as Sottsass’ Carlton, Javier Mariscal’s Hilton, and Michael Graves’ Plaza. 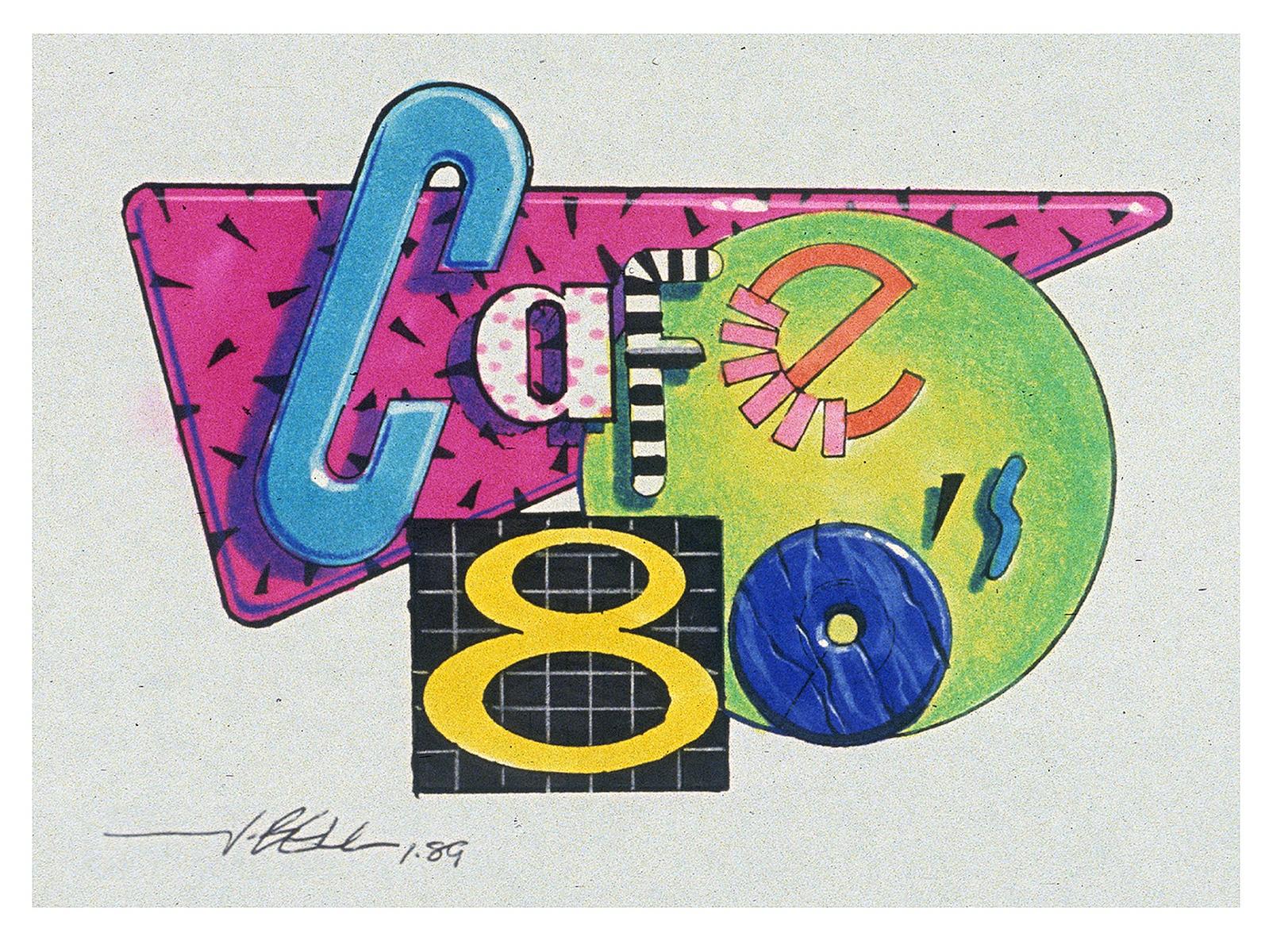 Sensibility and practicality were thrown out the window with the foundational motifs of Memphis -- a Frankenstein’s monster of influence stemming from the geometric shapes of Art Deco, the color palette of Pop Art, the saturated nuances of Kitsch. Other significant features of Memphis include Sottsass’ squiggly Bacterio print, the use and repurposing of Laminate and Terrazzo in non-traditional applications, and the utilization of odd-shapes—such as triangles, cylinders, and cones—as functional furniture supports.

Although subjected to harsh criticism, a cult following of the Memphis Group emerged, and the movement shattered international expectations. Notable collectors of Memphis include fashion designer, Karl Lagerfeld, and legendary pop-icon David Bowie. However, despite popularity and admiration, there was a lack of commercial success for the artist’s individual work with average consumers due to steep prices and difficulty to integrate the loud statement pieces into everyday home decor. While the Memphis Group disbanded with the departure of Sottsass in 1988, the legacy of the movement left an indelible mark on visual culture for decades to come as the avant-garde illustrations of Memphis seamlessly infiltrated television and movies. 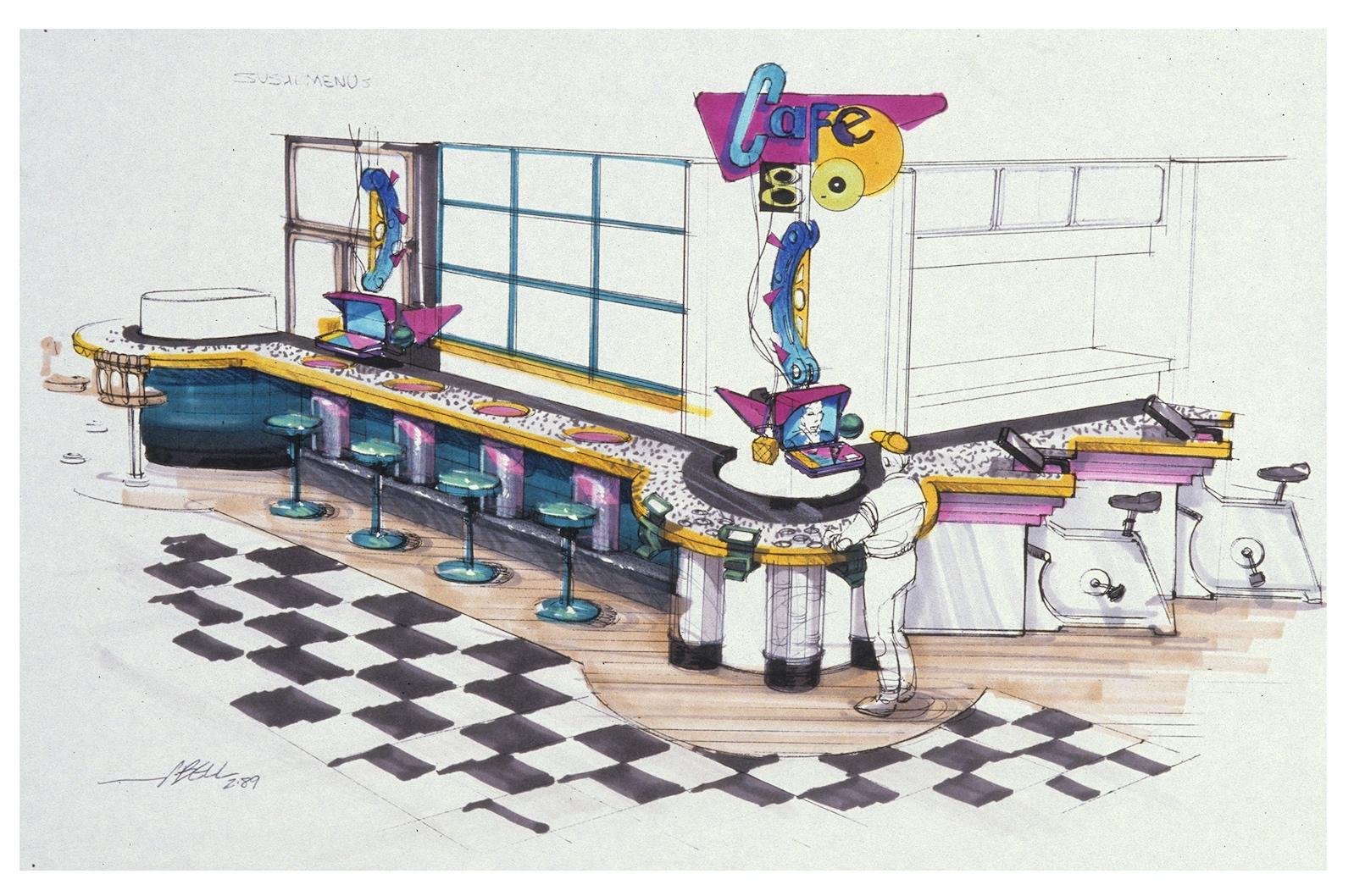 Debuting at relatively the same time, MTV utilized several elements of Memphis in their original logos and video packages—which would help explain the explosive expansive reach of the collective on the international stage. Additionally, television shows such as Pee-Wee’s Playhouse (1986-90) and Saved by the Bell (1989-93) highlighted the eccentric and quirky furnishings of Memphis within their set designs. However, while Memphis elements did appear in many other TV shows and movies, members of the creative team for Back to the Future Part II (1989), such as John Bell, seemingly understood the cultural significance of Memphis to the decade, outfitting Café 80s with all of the trappings of the movement.

Memphis design created a fresh and vibrant visual language which has become celebrated by the masses. Even if you do not think you know anything about Memphis design, its zany and striking elements leave you like, totally nostalgic for the tubular era of big hair, malls, and boisterous art.