The World's Finest Collection of Judaica comes to Auction

The world-renowned Sassoon family collection of Judaica is one that tells the unique story of one of the world’s most prominent families. Of Baghdadi Jewish descent, they became known as the "Rothschilds of the East" due to the immense wealth they accumulated in finance and trade beginning in the eighteenth century. First based in India, their business empire spanned all of Asia, and the family lived and traveled throughout the continent before relocation to England.

Several generations of the Sassoon family has collected Judaica, and their invaluable collection reflects their travels around the world and the deep coffers that funded it. This month, Sotheby's is offering a range of these treasures in their SASSOON: A Golden Legacy sale. According to John Ward, Head of Sotheby’s Silver Department in New York, “The pieces in this sale are not just the personal holdings of one of the world’s great Jewish families, they are significant works of art, and tell an important story of Jewish patronage, collecting, and scholarship.” 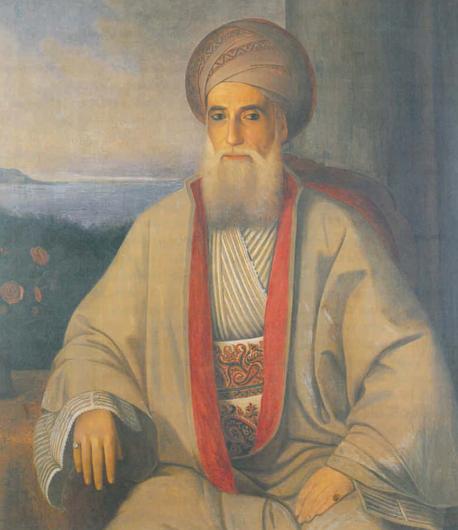 David Sassoon (1792–1864) was the leader of the community of Baghdadi Jews in Bombay (now Mumbai). Having served as the treasurer of Baghdad from 1817 to 1829, Sassoon used his business prowess and connections to build a global trade empire in the textiles and opium before eventually moving his family to England. 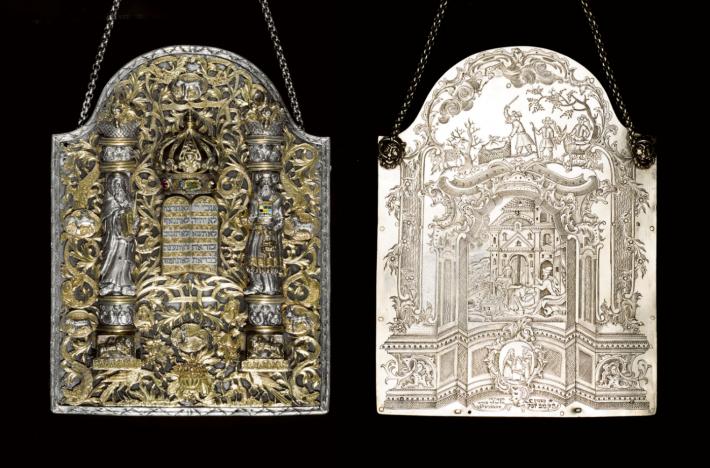 Leading the sale is a rare and valuable Torah shield, crafted in modern-day Ukraine by Elimelekh Tzoref of Stanislav in 1782. The elaborate silver-gilt designs overflow with images of flora and fauna surrounding a framed engraving of the Blessing of Isaac.
Estimate: $600-900,000 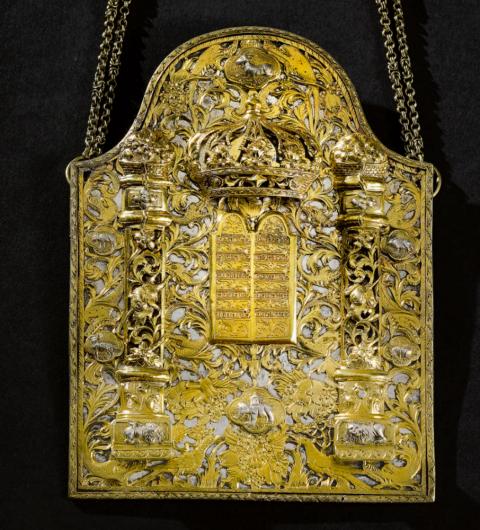 Due to the fact that Jews in Western Europe were largely not allowed to join the craft guilds, Judaica from this era, like the work of Elimelekh Tzoref of Stanislav, is especially rare and valuable. This Torah shield shows a birds-eye view of the Holy Temple in Jerusalem.
Estimate: $500-800,000 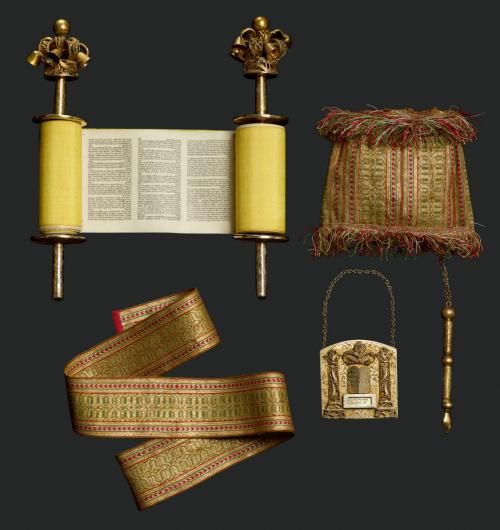 This diminutive Torah from the nineteenth century showcases remarkable craftsmanship. Made of silver-gilt with silk, it is meant to be easily stored and portable, while still being of the highest quality.
Estimate $80-120,000 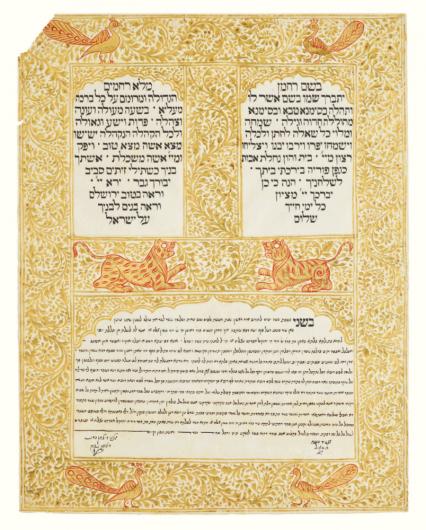 This ketubbah (a traditional Jewish marriage contract) was used at the wedding of Reuben David Sassoon and Catherine Ezekiel. Wed in Bombay in 1853, their union brought together two of the greatest Baghdadi merchant families in India.
Estimate: $10-20,000 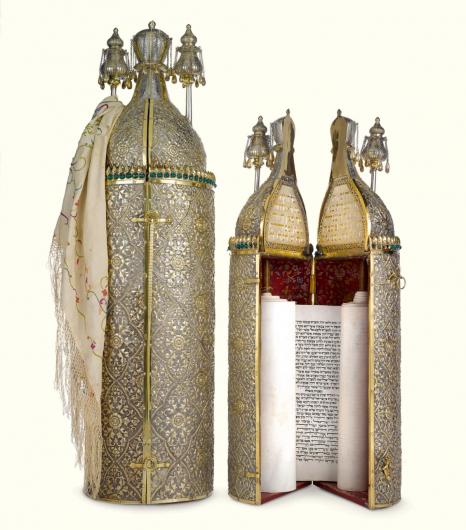 Sent by the Ben Ish Hai to Flora Sassoon at the end of the nineteenth century, this rare set of a Chinese Torah scroll and Haftarah scroll is housed in ornate parcel-gilt silver cases adorned with traditional Chinese birds and foliage.
Estimate: $50-80,000 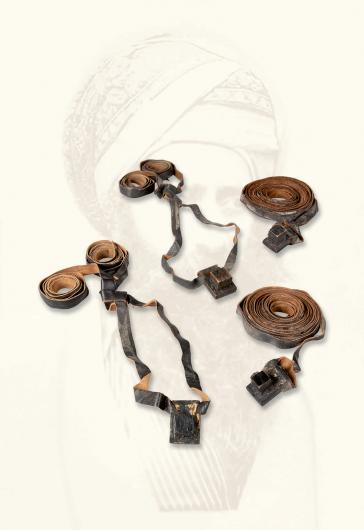 Tefillin (or Phylacteries) is a set of small leather boxes worn during weekday morning prayers. They contain small scrolls inscribed with verses from the Torah. These belonged to Rabbi Joseph Hayyim of Baghdad and were acquired by David Solomon following the rabbi’s death in 1909.
Estimate: $150-250,000 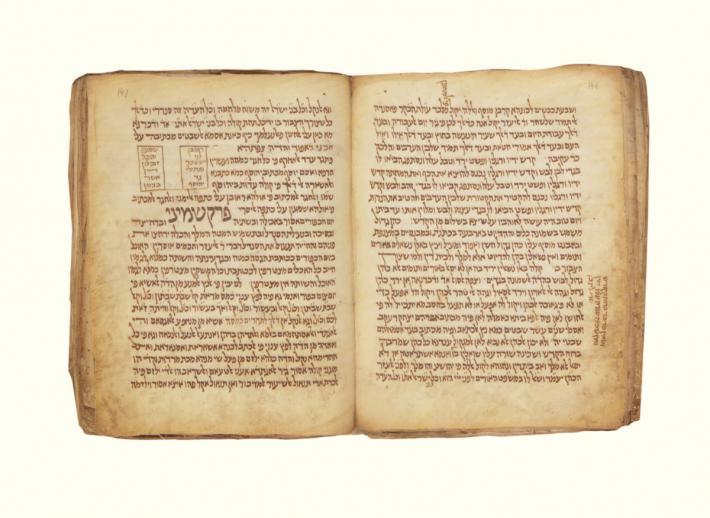 David Solomon Sassoon was a bibliophile and collector of Judaica who gathered an important collection of texts. This rare copy of Rabbi Moses Maimonides’ original Judeo-Arabic commentary on Seder mo‘ed (the order of festivals) from fourteenth-century Yemen, is one of only ten known copies of this important text.
Estimate: $25-35,000