Hidden for 500 Years, the Colmar Treasure Recalls the Persecution of Medieval Jewish People 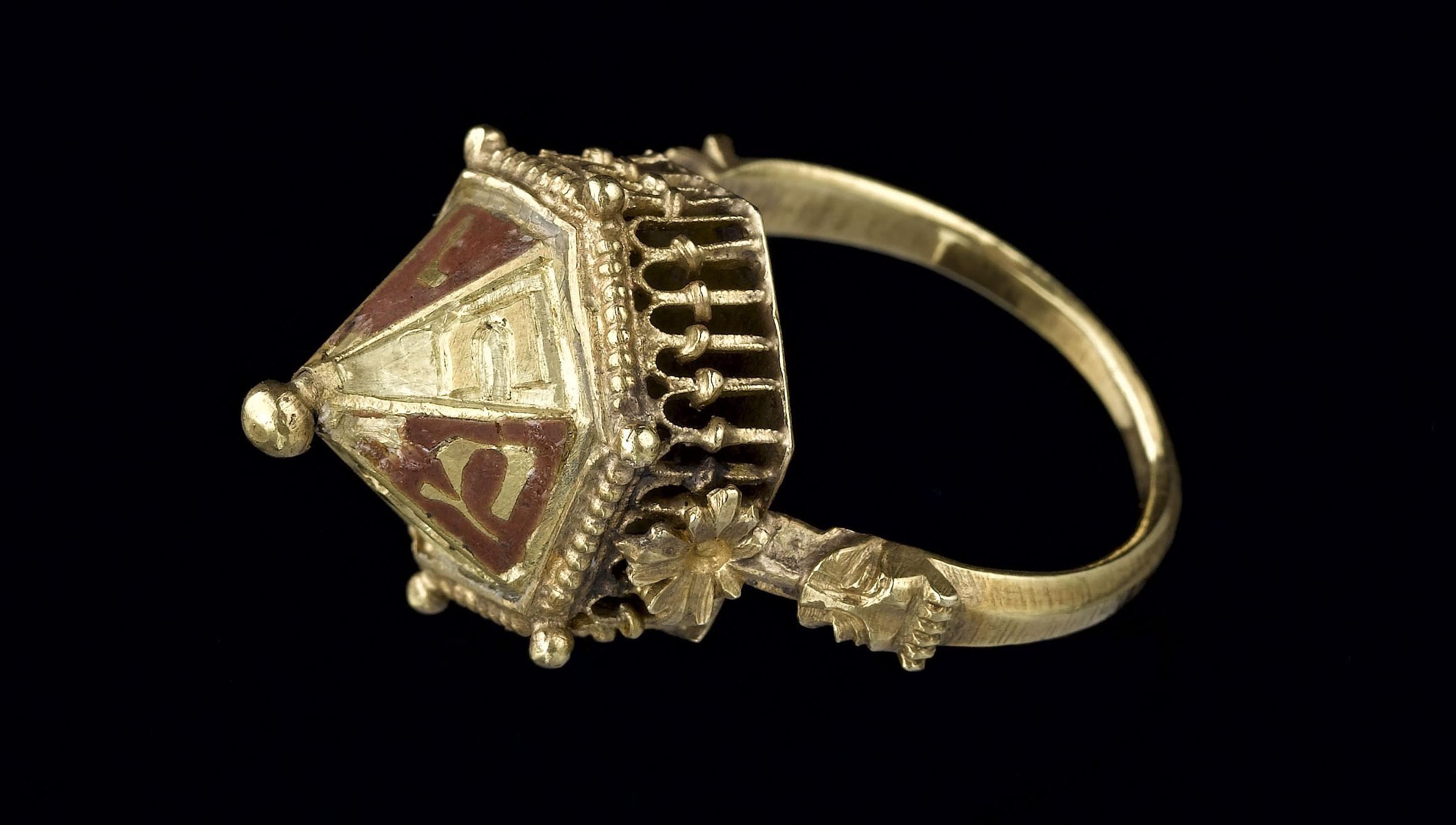 The Colmar Treasure: A Medieval Jewish Legacy is a small exhibition, not even filling the full length of its gallery that runs alongside one of the medieval-style gardens at the Met Cloisters in Manhattan. Yet the objects on view, ranging from delicately crafted rings and precious jewels to gilded buttons and a silver key, reveal why the scale of the show is poignant. These were all believed to belong to a family caught up in 14th-century violence that destroyed the thriving Jewish community of Colmar in Alsace. That anything at all survives is a miracle.

“There's almost nothing that can allow us to evoke the vitality of the Jewish community of medieval Europe,” said the exhibition organizer Barbara Drake Boehm, the Paul and Jill Ruddock Senior Curator in the Department of Medieval Art and the Cloisters. “And that's so important because they were very much present.” 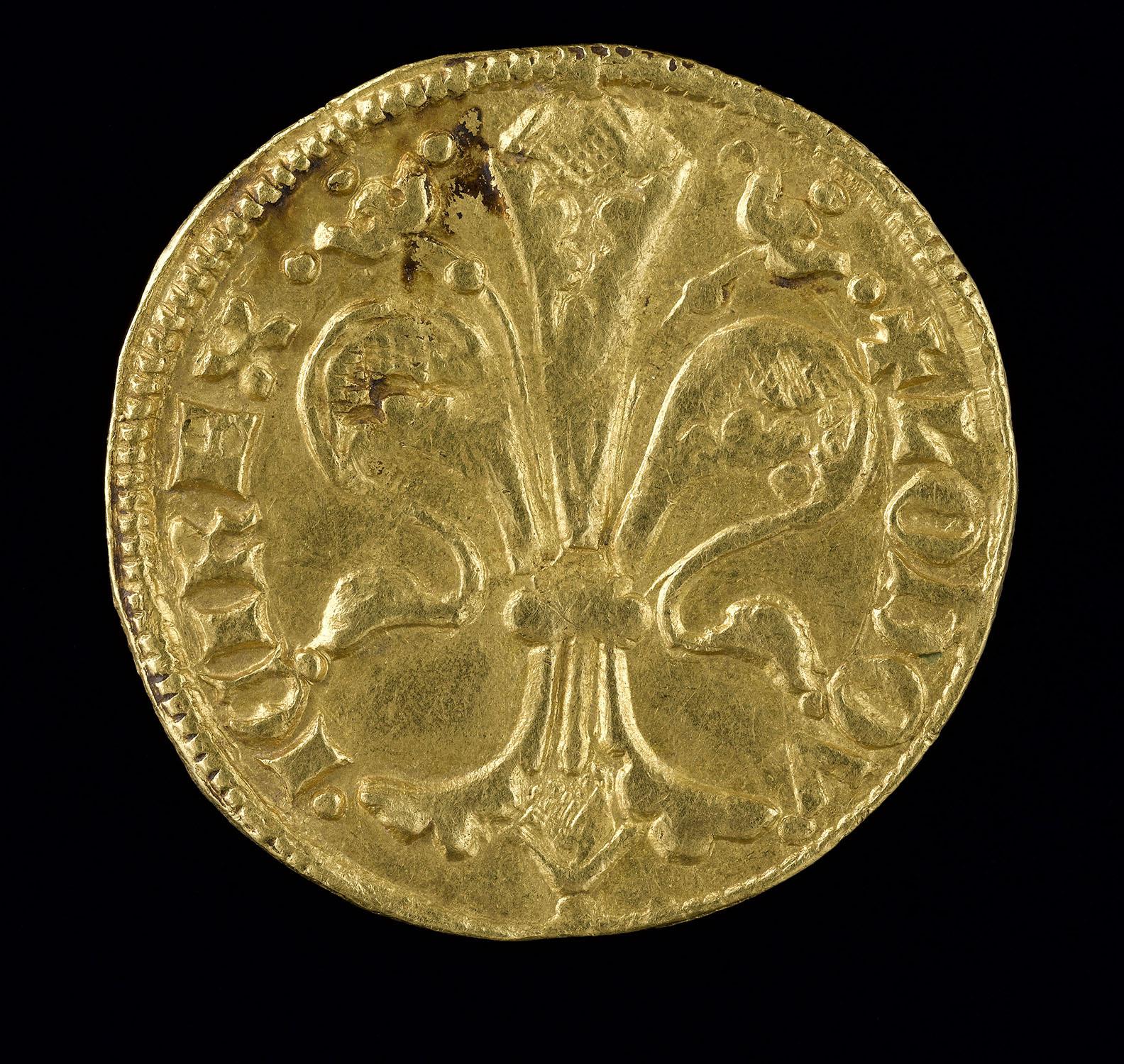 The Colmar Treasure was discovered in 1863 in the wall of a confectionary. It’s now in the collection of the Musée de Cluny in Paris, which is closed for renovations until the spring of 2021. At the Cloisters, it’s joined with contextual objects from the Metropolitan Museum of Art and other collections. One of these is a 1575 edition of Cosmographia by German cartographer Sebastian Münster which includes an illustrated aerial view of Colmar, appearing like an idyllic town with its eight churches packed within the city walls. An early 14th-century depiction of the town, then part of the Holy Roman Empire, would have been much different, with signs of a prospering Jewish merchant class bolstered by the area’s wine industry. (The exhibition includes 14th-century wine cups that were found in a separate treasure in the Jewish quarter of Erfurt, Germany, as a nod to this history.) This community constructed a synagogue, a school, and a mikveh for ritual baths. By the 16th century, they were all gone.

A Christian theological text on loan from the Bibliothèque des Dominicains in Colmar has a page from a Hebrew prayer book reused as an endpaper. “For a long time, it's been thought that the Treasure was the only legacy that we had, but there are these pages from Hebrew manuscripts inserted into the bindings of some of these later printed Christian books,” Boehm said. “We see that this community was learned and actively studying and that adds to the picture.” 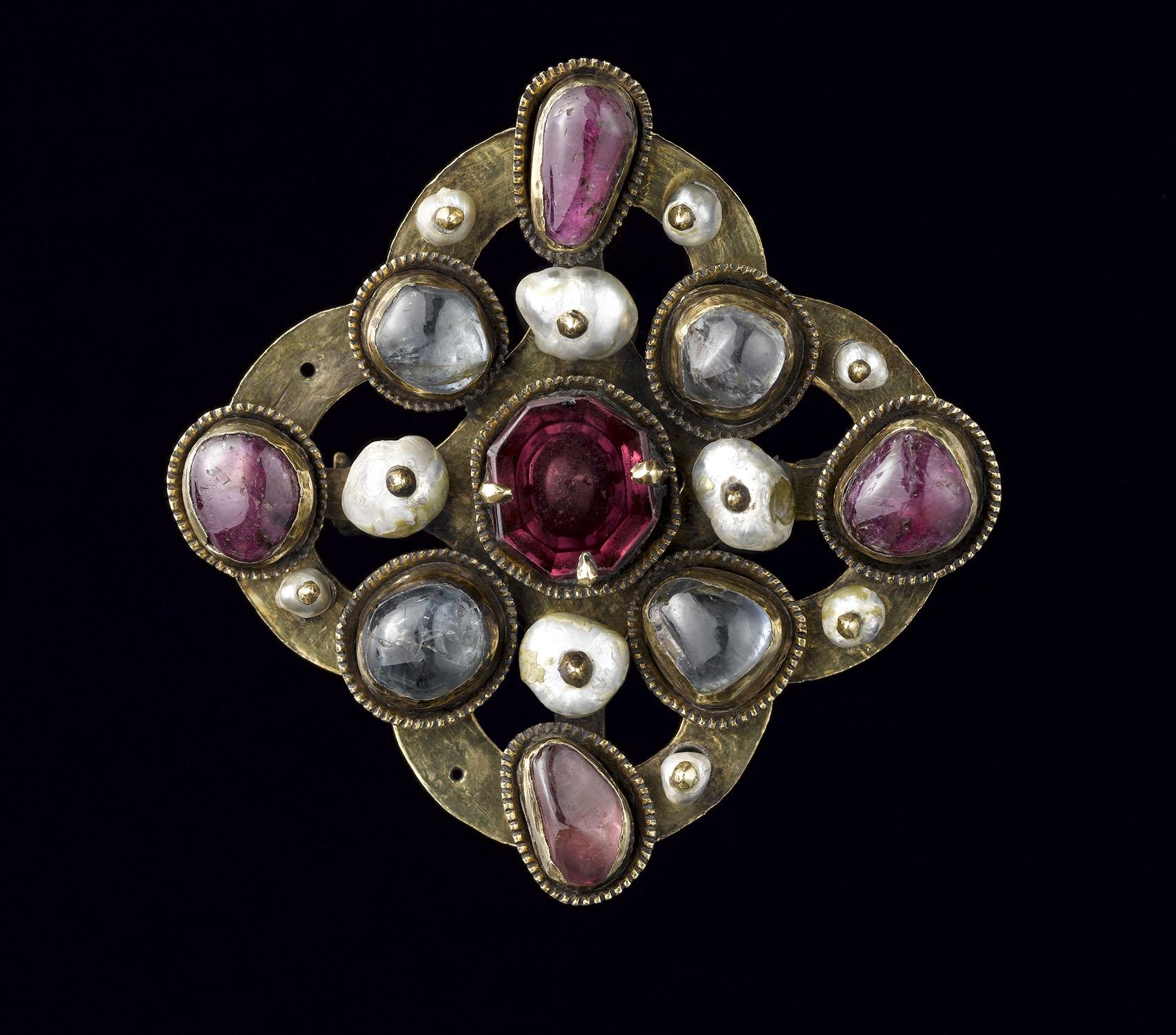 A key to understanding why the Colmar Treasure was hidden were the fine details on one of its most masterfully crafted rings. Inscribed “mazel tov,” its gold and enamel shape recalls the lost Solomon's Temple in Jerusalem, indicating that it was a Jewish wedding ring. Another clue was an actual key, a silver object believed to be worn on the Sabbath so the homeowner could lock up their valuables and wear the key without going against restrictions on carrying objects out of the home. Those objects as well as the dates on the 384 silver coins — ranging from 1180 to the 1330s and 1340s — linked the Treasure to a 1348-49 plague in Colmar. During the devastating outbreak, Jewish people were accused of poisoning the water supply; they were executed and their property was confiscated. One of these persecuted families is thought to have concealed their heirlooms within the wall for protection, and they never returned to reclaim them.

Because of the destruction of this heritage, much about the Colmar Treasure remains a mystery. For instance, an onyx ring featuring a detail of clasped hands may hint at a belief reported in a 13th-century lapidary treatise written in Hebrew advising that if a person wishes to speak with a deceased friend they should wear such a ring. Connections are still being made, with Boehm contributing the suggestion that the single gold coin in the Treasure might have been set aside to pay the florin annually demanded by the Holy Roman Emperor of Jewish citizens. 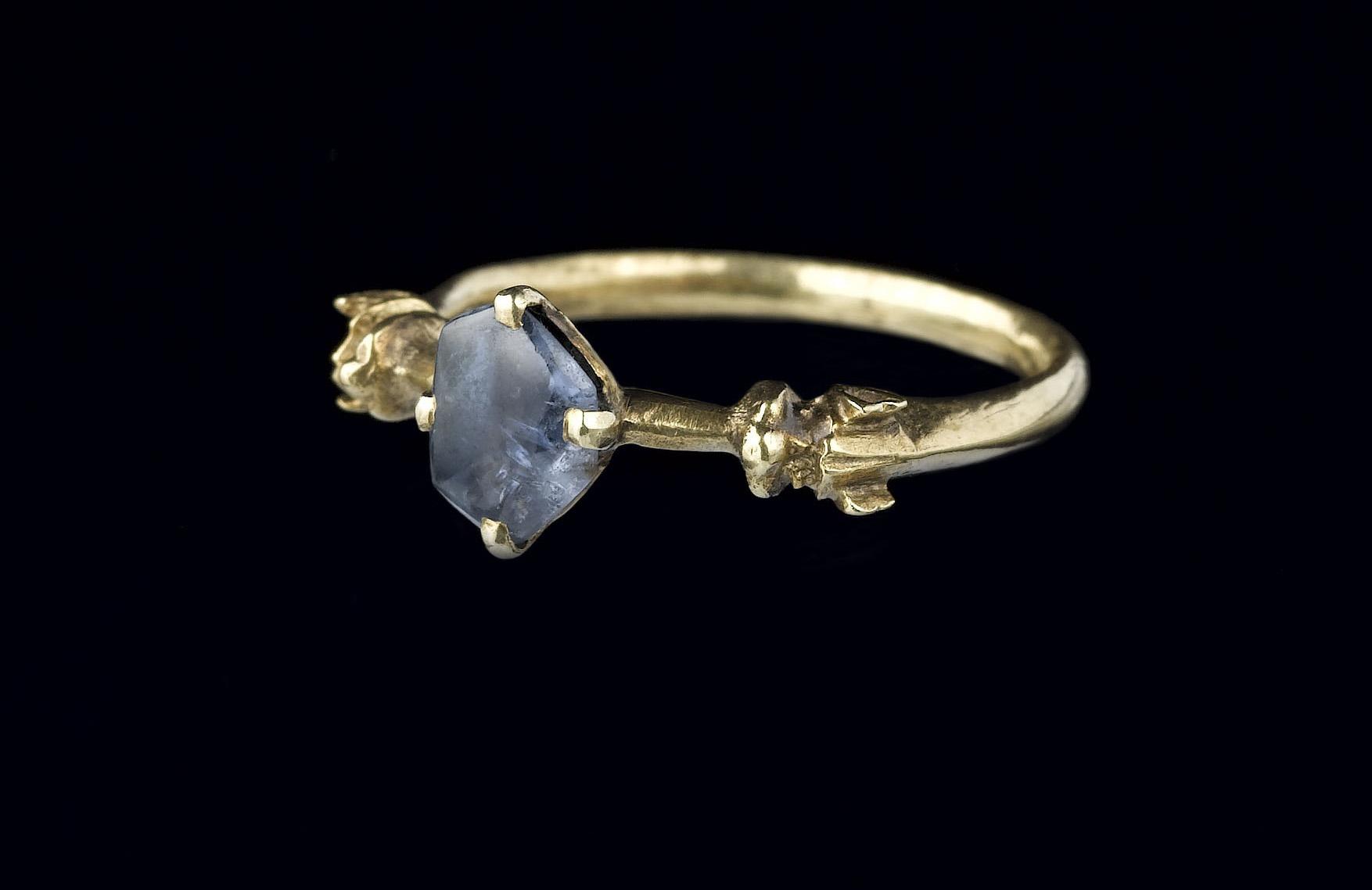 Exhibiting the objects in the Cloisters, which is the medieval-focused branch of the Metropolitan Museum of Art, is powerful, as they represent people who are rarely acknowledged in such spaces. Even the name of the institution — the Cloisters — is derived from Christian architecture. Each piece of the Colmar Treasure, from its precious jewels to its simplest objects like the hinge from a now vanished box, draws attention to an absence of heritage caused by violent intolerance.

“We can’t form a complete picture of the Jewish community of Colmar with what we've got left, but what we can do is to try to extract as much as we can from what has come down to us as a legacy,” Boehm said. “The challenge and the excitement is to use these things to reanimate some of these lost lives.”