The History and Evolving Beauty of Chess Sets

Though the popularity of chess has seen a major uptick lately, the strategic game is no passing fad. A current shortage of chess sets resulting from the combination of the hit Netflix show The Queen’s Gambit and much of the world seeking new hobbies while staying at home speaks to the universal appeal of chess. Having evolved from the Indian game chaturaṅga around the sixth century, the thirty-two pieces and sixty-four squares have made their way to nearly every continent and culture in the intervening centuries.

Brought to Europe by Islamic traders in the ninth century, the game became immensely popular in the Middle Ages, where it was adapted to fit European social structures. With the advancement of global trade, a variety of chess sets from distant cultures, in styles and materials that reflected their origins, became available. Part of the fun of chess sets is that they can be made from innumerable materials, and their pieces can take similarly unlimited forms, creating an adaptable format that artisans can tailor to specific beliefs and aesthetics.

While the most common sets today are cheaply produced using plastic (and these still perform their duties just as well), there is a rich global history of chess sets worth exploring. 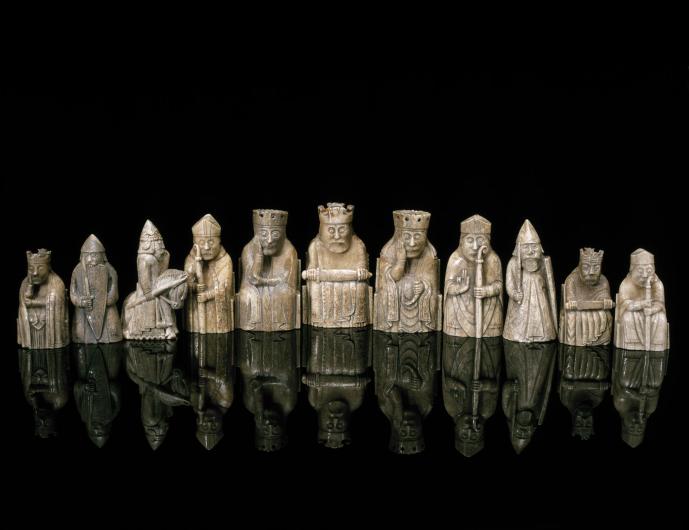 Perhaps the most famous and valuable chess set is the Lewis Chessmen hoard, found in 1831 in the far reaches of northern Scotland. The collection of fifty-nine ivory and whales' teeth pieces is believed to have been lost by a Norwegian tradesman in the late-twelfth to early-thirteenth century. In 2019, Sotheby's sold a single rediscovered piece from the hoard for nearly $1 million.

2 of 9
metropolitan museum of art 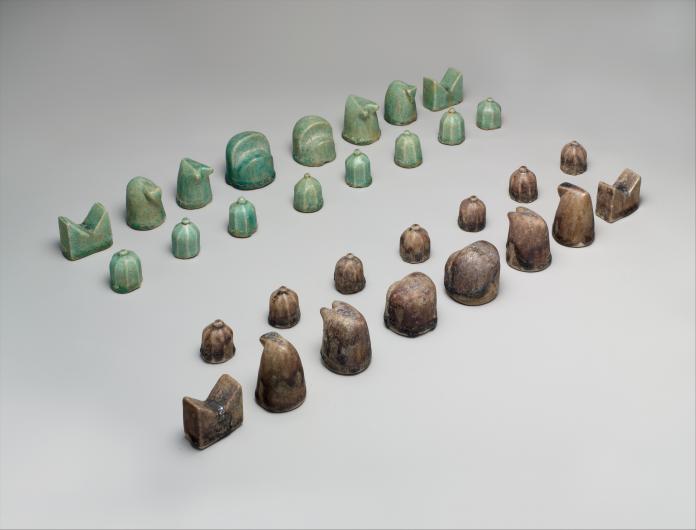 Though its simple forms have a modern look, this ceramic set dates to twelfth-century Iran and is one of the earliest intact sets in the world. Though their forms are abstracted, each piece represents a familiar cultural figure, like the bishop, which is an elephant with hinted-at protruding tusks.

3 of 9
metropolitan museum of art 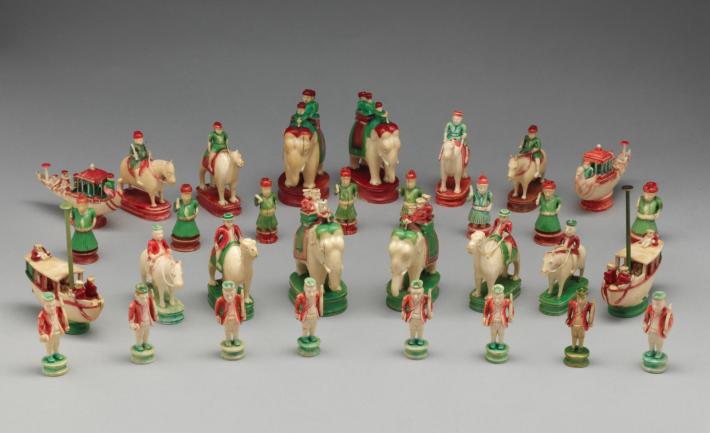 This late-eighteenth to early-nineteenth-century chess set tells the story of imperialism in India. Carved in ivory, one side is British colonizers while the other is native Indian. Both ride elephants and camels, and rooks have taken the form of ships.

4 of 9
metropolitan museum of art 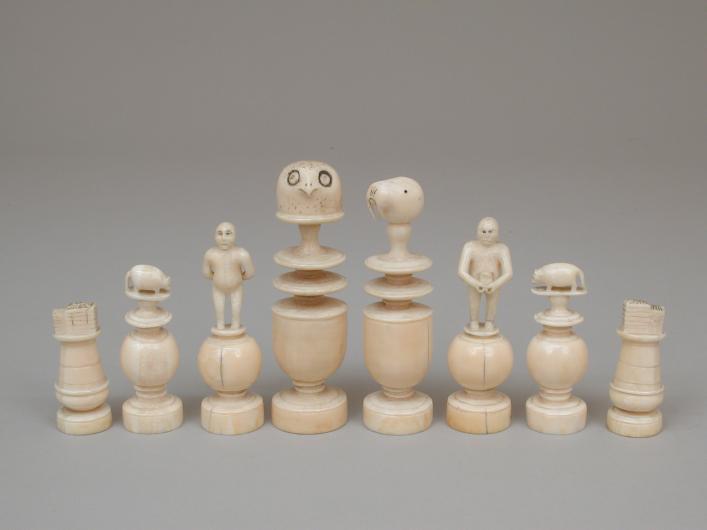 This walrus ivory set shows how chess has reached the far ends of human civilization, including the arctic circle. Reflecting the Eskimo culture found near Franz Josef Land, its figures include animals common to the region.

5 of 9
Philadelphia Museum of Art 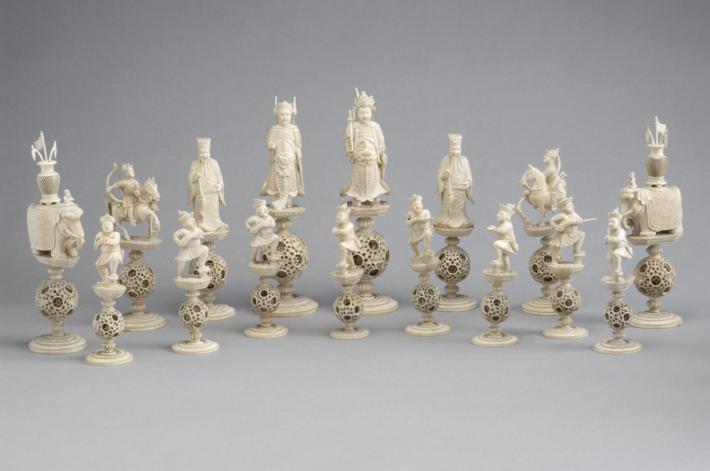 Chinese craftsman created these sets specifically for western markets in the mid-nineteenth century. The bases of the pieces are formed by a small, freely moving ball within a larger sphere, an impressive feat of carving that captivated collectors. 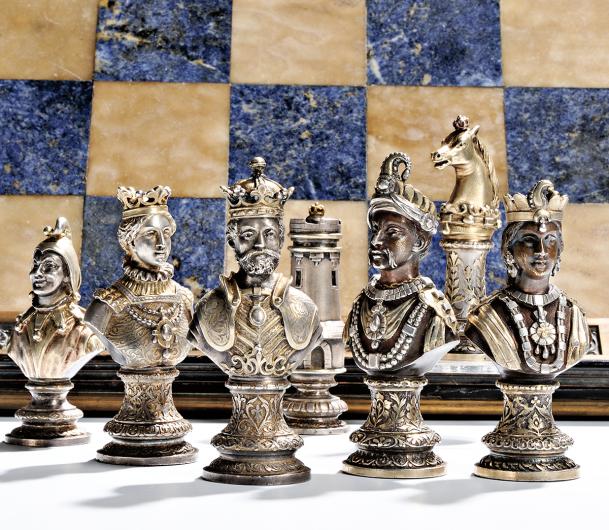 Though part of the beauty of chess is that is accessible to people from all walks of life, chess sets are often luxury items, like this one. Crafted in silver, this elaborate French set from the turn of the twentieth century recently sold for $25,830. 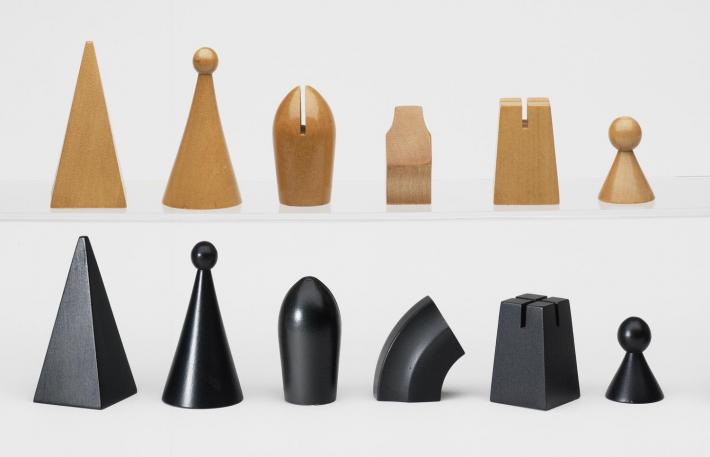 Artists and craftsmen from all walks of life have tried their hand at designing chess sets. This birch set designed by Man Ray in 1945 is simple and modern. Perhaps the Dadaist used a similar set to challenge his good friend Marcel Duchamp to a match, who left behind his art career to become a chess master. 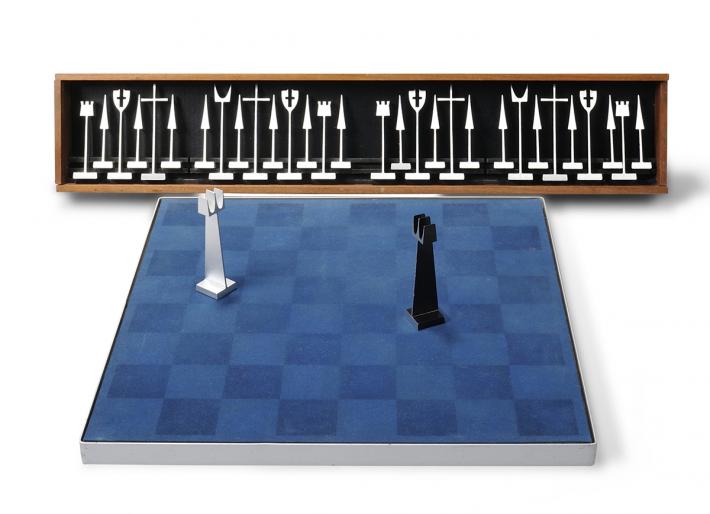 This chess set, in light-weight aluminum designed by Austin E. Cox c. 1962, has a mod feel that would fit right in on the set of The Queen's Gambit. 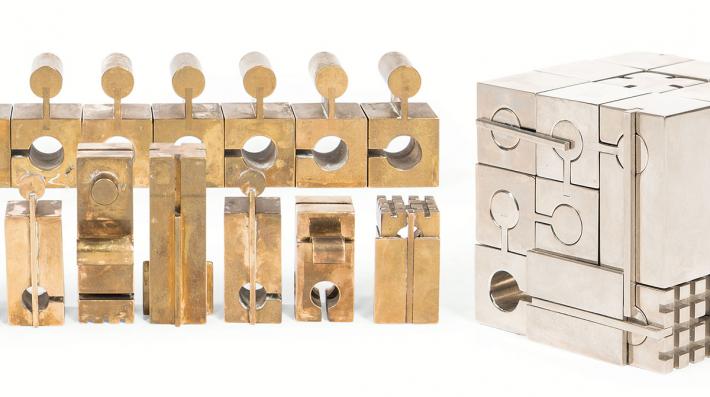 For some enthusiasts, chess is a way of life, and taking the game on the road is a must. Duchamp himself designed a pocket-sized set. Franco Rocco's brass set from the 1970s, Scaccomatto, doubles as a complex puzzle and compact, elegant set.