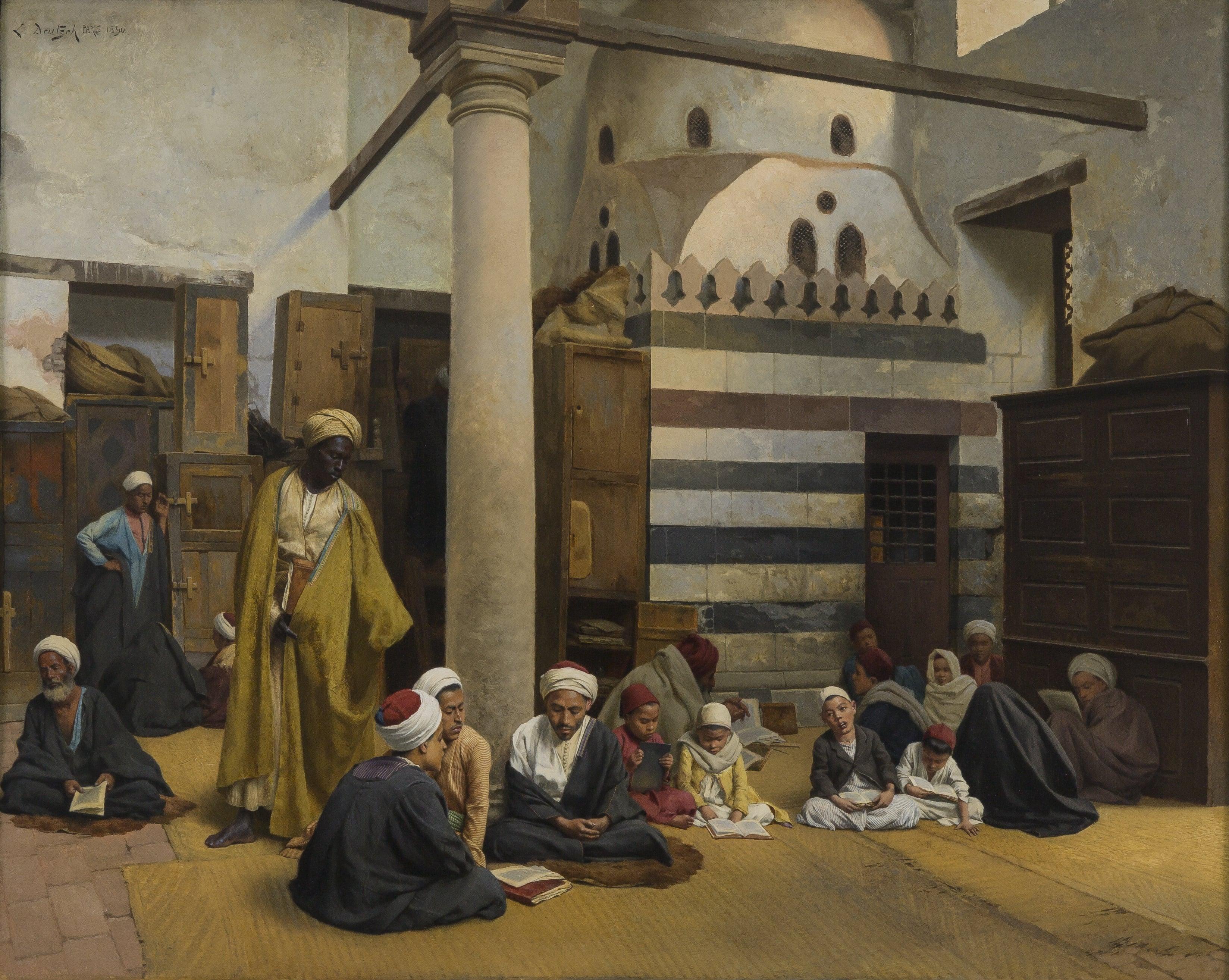 A collaboration between the British Museum and the Islamic Arts Museum Malaysia (IAMM) is taking on a gargantuan task: showing the influence of the Islamic world on Western art. With some pieces of view having never been seen outside of Malaysia, Inspired by the East: How the Islamic World Influenced Western Art is a relatively small exhibition with a large goal. 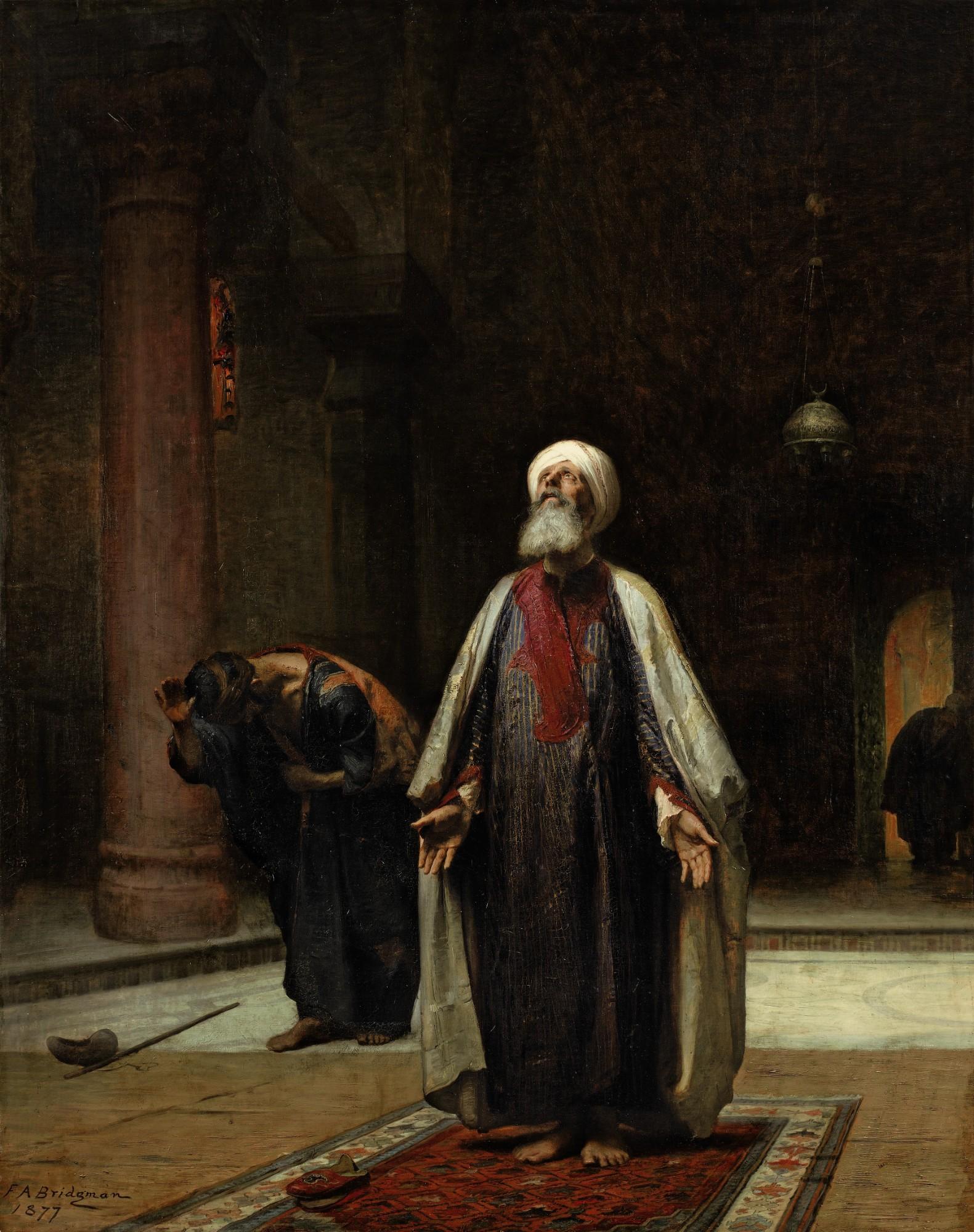 The exhibition opens with a stunning painting by the American painter Frederick Arthur Bridgman, The Prayer (1877), that shows a barefoot old man standing in prayer with his arms open. His shoes are stacked upon one another to keep the soles from touching the prayer mat. Behind him, a younger man bows, his feet also bare, his walking stick on the ground. The light shines from above and illuminates the old man’s face and his open hands. The rest is darkness.

In the same segment, the beautifully decorated Ottoman helmet on display was seized after the defeat of the Turks at the end of the Second Siege of Vienna in 1683. The helmet was then given to the Polish-Lithuanian Commonwealth king Jan Sobieski III not only as it represented the victory of the Christians over the Ottoman Turks troops, but also because of the admiration that European courts had in regards to the arts and culture of the Ottomans. 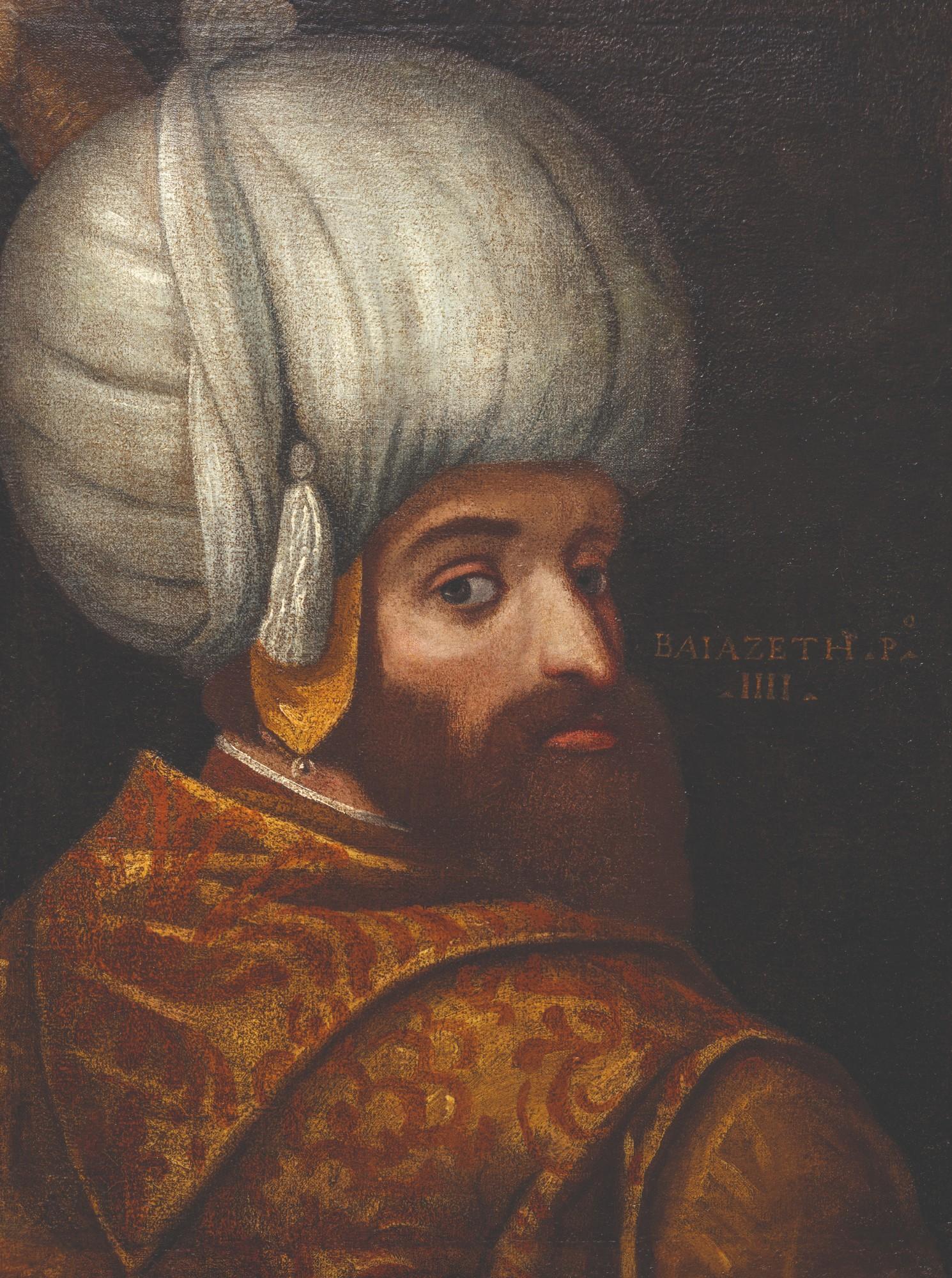 The face of the exhibition is the painting Portrait of Sultan Bayezid I created by the School of Veronese in 1580 and inspired by an earlier portrait of Bayezid (1528) by Paolo Veronese, now in the Collection Bayerische Staatsgemäldesammlungen in Munich. The Sultan (r. 1389-1402), known as Yildirım (Thunderbolt), was the fourth ruler of the Ottoman Empire. During his reign, he built the largest army at the time and expanded his reign into the Balkans and Anatolia. Unfortunately, his powerful army was not enough and the Sultan was defeated and captured at the Battle of Ankara in 1402 and died, one year later, as a captive. The portrait depicts him in a three-quarter view looking over his shoulder. The Sultan wears an embroidered cloak, a white turban, a yellow flap covers his ear and ends with a dangling pearl.

The various pieces in the first section, all created between the sixteenth and eighteenth century, show the mutual interest that the Western and the Islamic world had for each other. We find copies made by Western artists of the intricate and beautiful designs found on Islamic pottery as well as the colorful tiles that became fashionable in the 1850s in Europe and North America. These tiles were clearly inspired by the designs and colors used to decorate Middle Eastern interiors. This is the only segment in which the influence that the Islamic world had on Western art is openly visible. 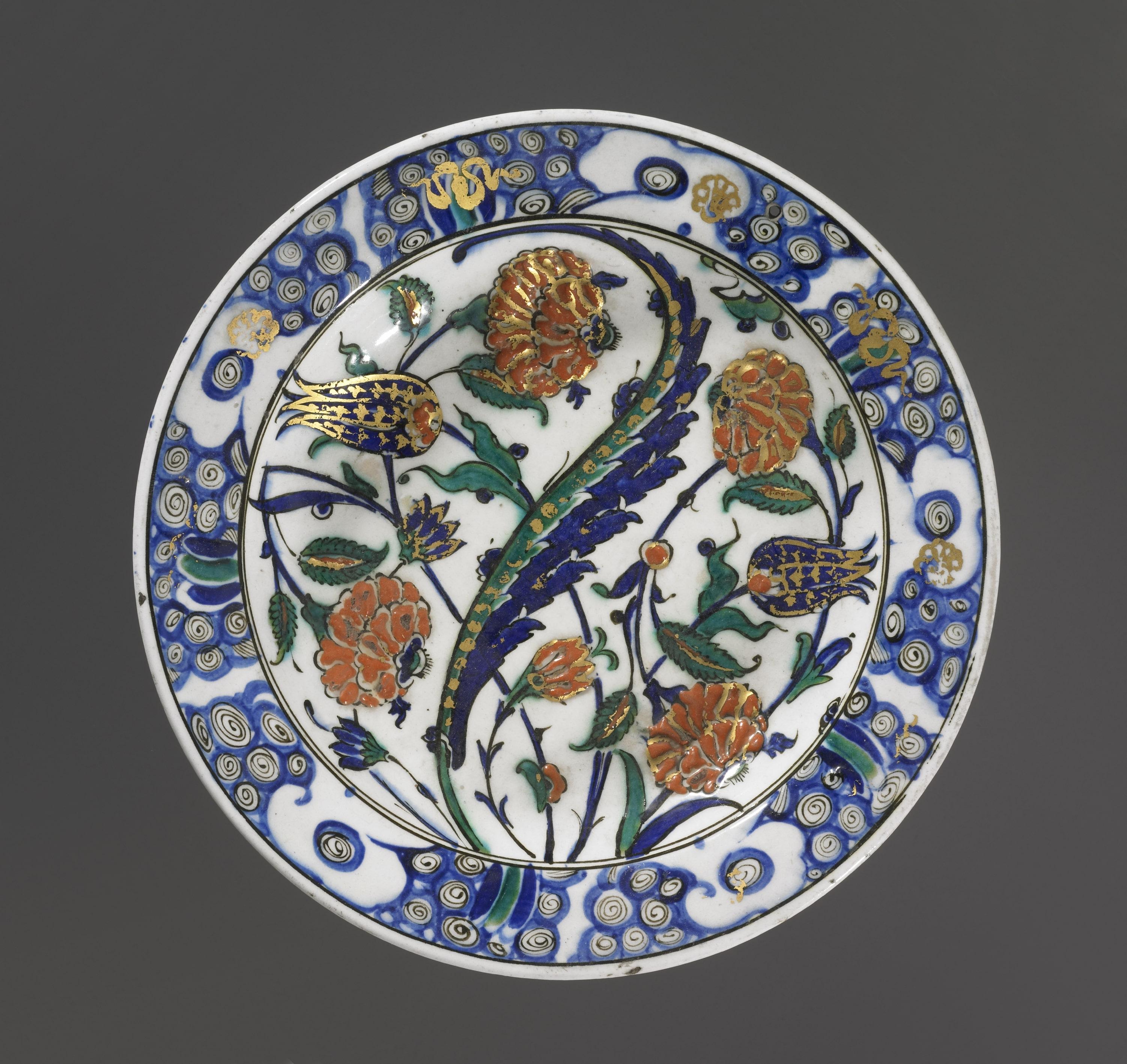 The following sections are focused on showing how Western artists imagined and painted Muslim culture and its people. The subjects present in the paintings are predominantly men, usually engaged in religious or military activities. In regards to the depiction of women, the Interior Part of the Harem of the Grand Seigneur (1819) by Antoine-Ignace Melling provides a good example. Melling’s harem is an imaginary space because the artist, despite having visited a harem, never witnessed it as a lived space. The women in Melling’s etching are therefore imprisoned, powerless, static, and subjected to a man’s desire and gaze. 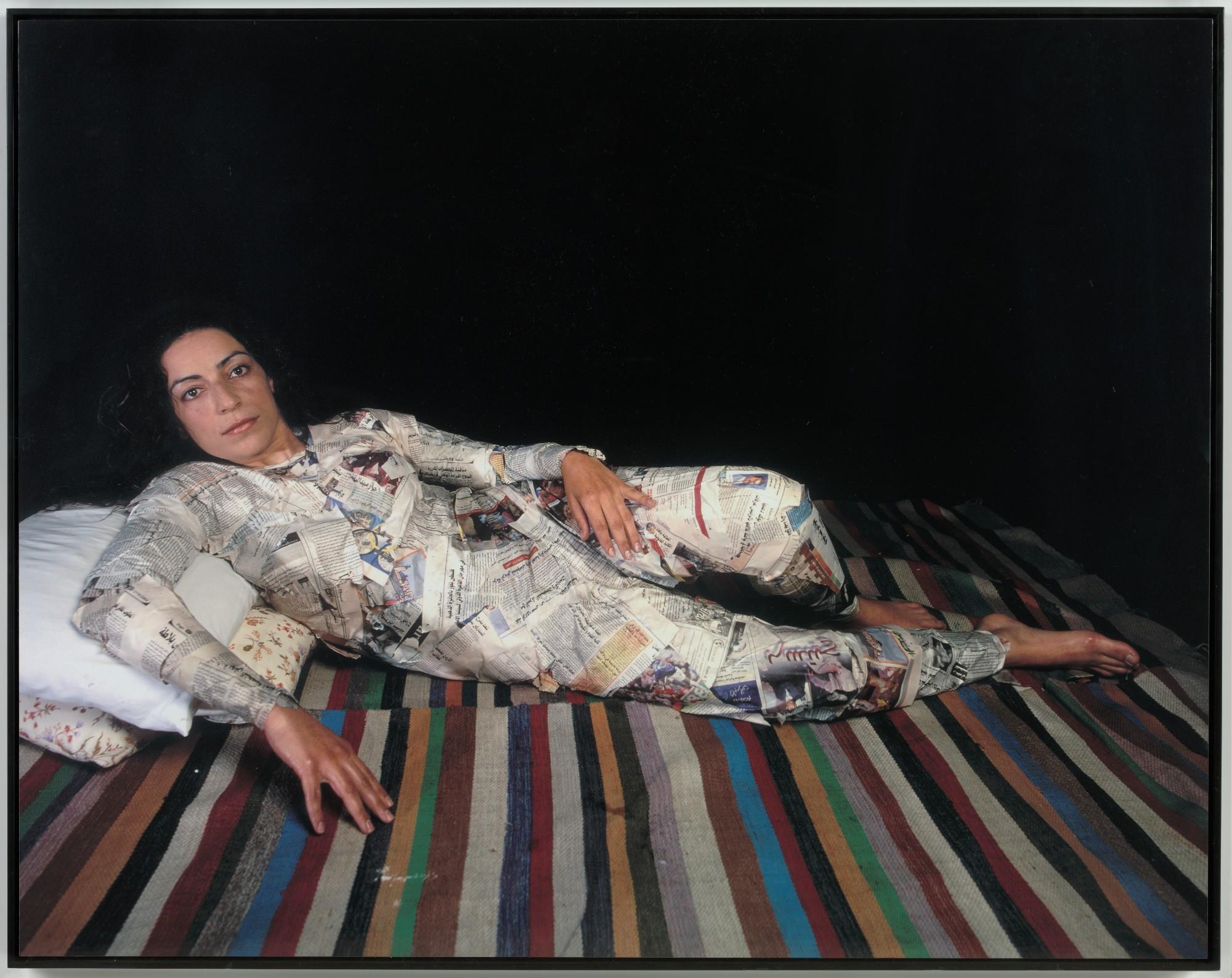 Courtesy of the artist and RoseIssa Projects / © Victoria and Albert Museum, London

The last section presents a handful of contemporary works by women artists from the Muslim and Arab world. Although thought-provoking, this last section feels slightly forced and quickly put together, as if created just to balance the previous male-dominated sections. The piece that ends this segment and the exhibition is İnci Eviner’s video installation, Harem (2009). In her video, Eviner transformed the passive women found in Melling’s harem into active ones. Thanks to her reinterpretation the women are now free and dynamic.

While this exhibition showcases some exquisite pieces—a 1934 etching of women in a Turkish bath by Picasso was an unexpected surprise—it could have been more complete if it had shown further examples of how Middle-Eastern artists understood and portrayed the West. Nonetheless, Inspired By the East achieves the rare goal of making its visitors curious, engaged with the pieces presented, and breathless in front of the magnificence of Middle Eastern artistic achievements.