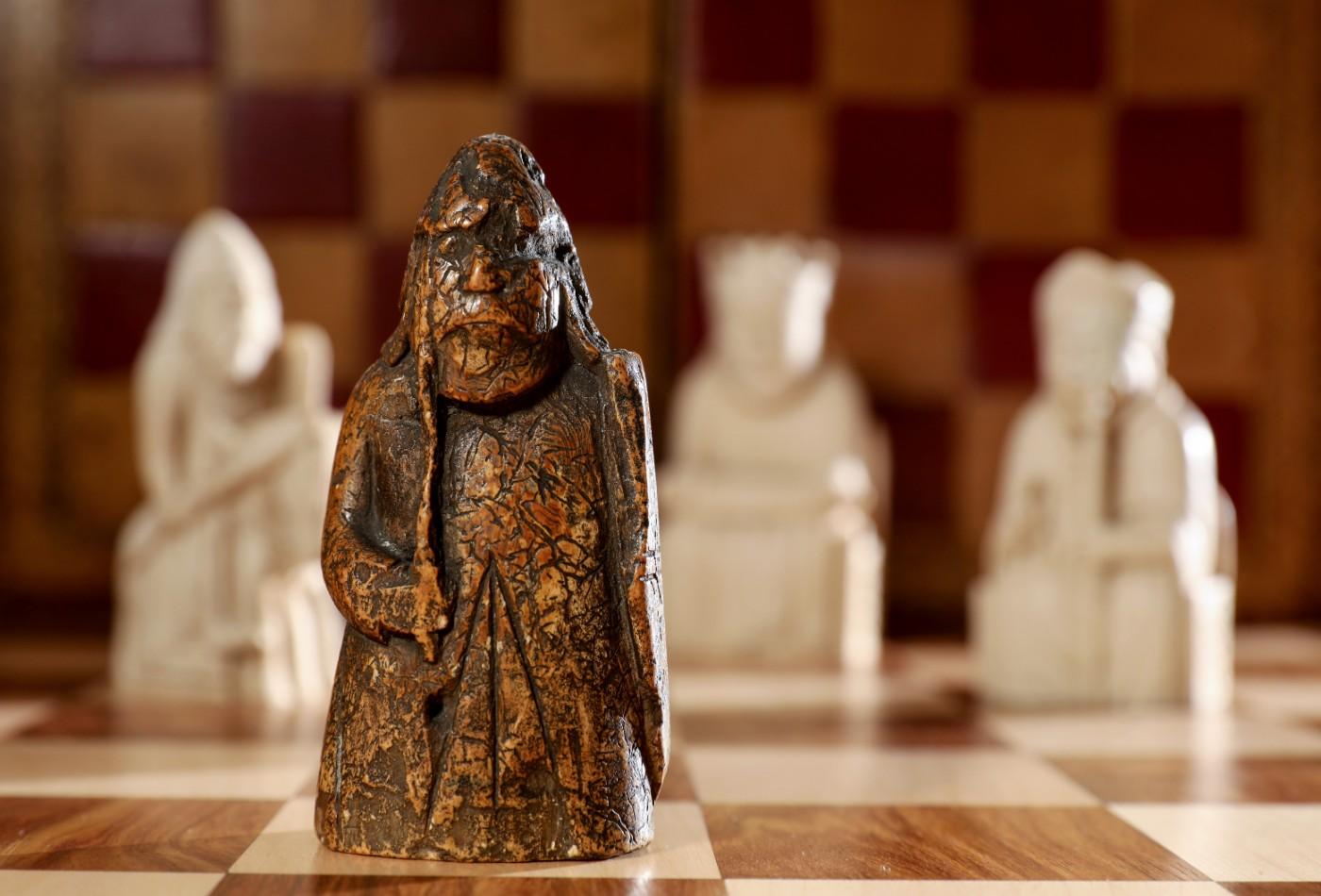 A Lewis Chessman warder piece, to be offered at Sotheby's

Discovered after decades stashed in a drawer, one of the world’s most famous and valuable chesspieces in coming to auction. Offered by Sotheby’s in their upcoming Old Master Sculpture & Works of Art sale, a newly rediscovered carved ivory chessmen dating to the 12th century is estimated to sell for $700,000 to $1.2 million. Part of the Lewis Chessmen hoard, perhaps the best-known chess set in the world, the warder piece offers incredible insights into the Medieval world. 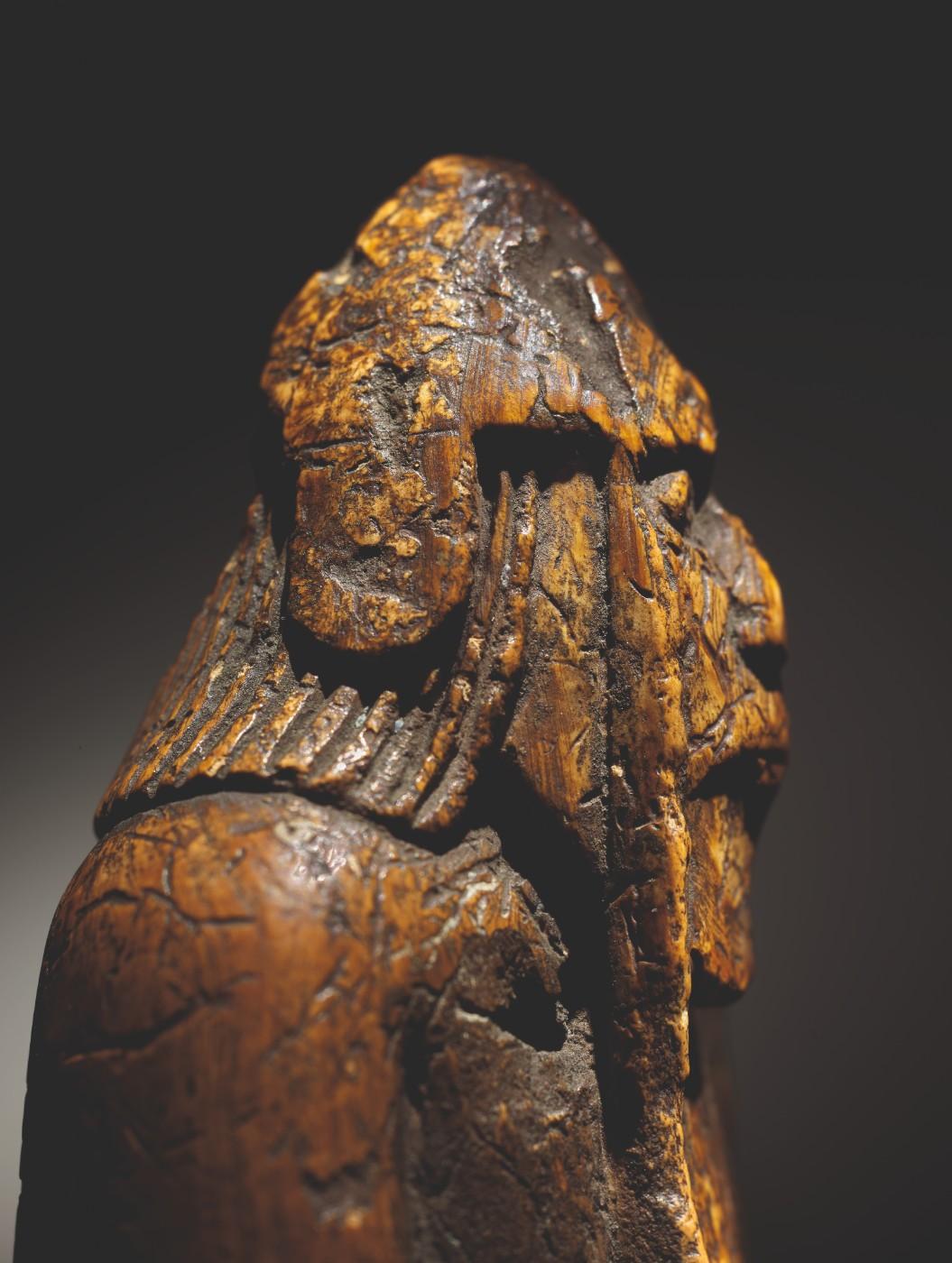 Detail of the Lewis Chessman warder piece, to be offered at Sotheby's

When an antiques dealer bought the piece for only a few dollars in the 1960s, he was apparently unaware of the rare treasure he held. Upon his death, it was passed on to his daughter, who kept it wrapped up in a drawer in her home, where it stayed for decades. Recently found in her home, its appearance at auction is the first time one of these rare objects has been offered for sale since the hoard’s discovery in 1831.

Found lodged in a sand dune on the Isle of Lewis in the Outer Hebrides, the remote, northwestern reaches of Scotland, their discovery inspired fantastical stories and rumors about their origins. The hoard comprised 93 objects, chess pieces and other gaming tokens, carved from walrus ivory and whales' teeth. With 59 chessmen, there were enough pieces to make four complete sets. Because of this, scholars believe they were the stock of a trader or merchant, bringing items from Norway, where they were made, for sale in the isles. During this time period, the Isle of Lewis was a Norwegian territory, and the pieces are believed to have been made in Trondheim, Norway, which specialized in making game pieces during the 12th and 13th centuries. 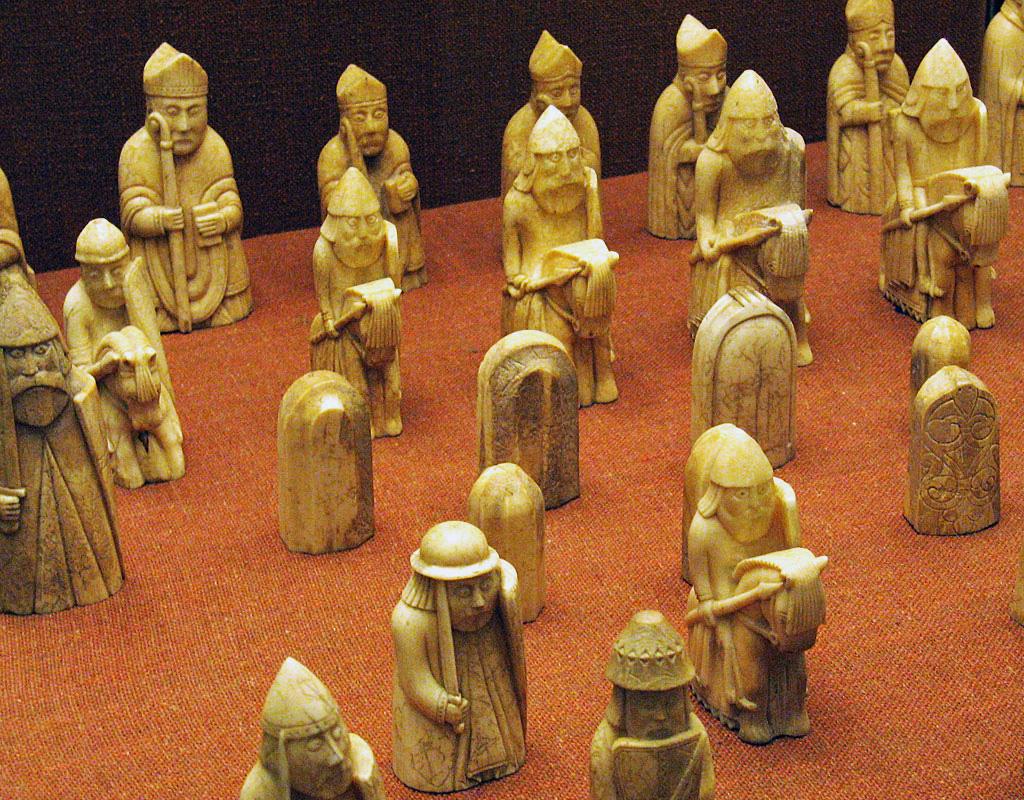 Chessmen from the Lewis hoard, on display at the British Museum

In Medieval times, chess grew in popularity across Europe. Brought by Islamic traders from India, where it was invented around 500 BC, the game was adapted to fit European societal structures. The game and its pieces served as a metaphor for the forces at work in a world that was hard to comprehend. Many lived lives filled with wars, disease, difficult work, and little agency. For them, the structure of the game and its pieces was a way to make sense of a chaotic world. The popularity of the game in Europe is a testament to a world with growing global connections, which were built through trade, like that between Norway and Scotland. 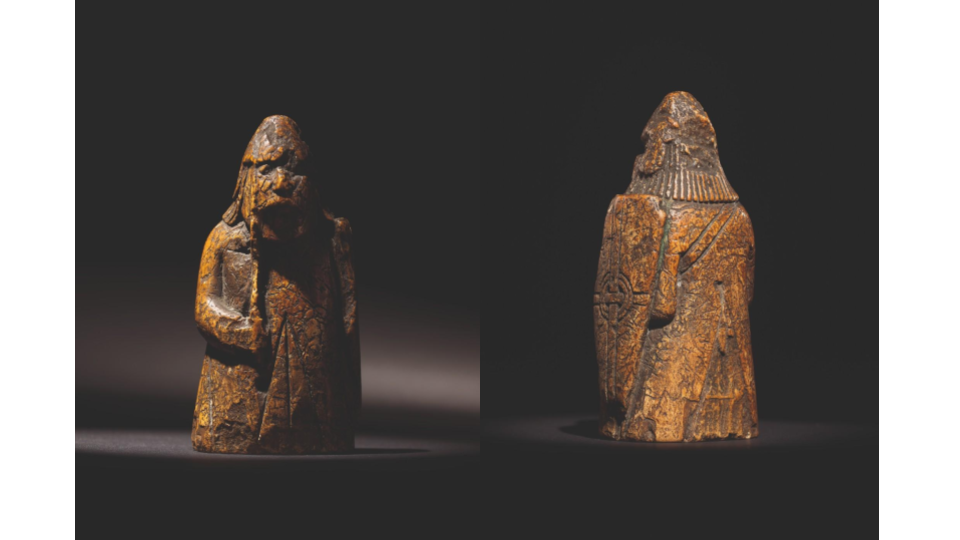 The Lewis Chessman warder piece, to be offered at Sotheby's

Soon after their discovery, much of the hoard was sold to the British Museum in London, which has 82 pieces, with the National Museum of Scotland in Edinburgh purchasing 11. The Scots have often called for the return of the bulk of the pieces to Edinburgh, though the British Museum has declined to relinquish them. A number of the Lewis Chessmen are continually on display at the British Museum, where they have inspired generations, from television shows to a mention in Harry Potter and the Philosopher’s Stone. The National Museum of Scotland may at last have their chance to add to their collection of Lewis chessmen through this once in a lifetime auction.