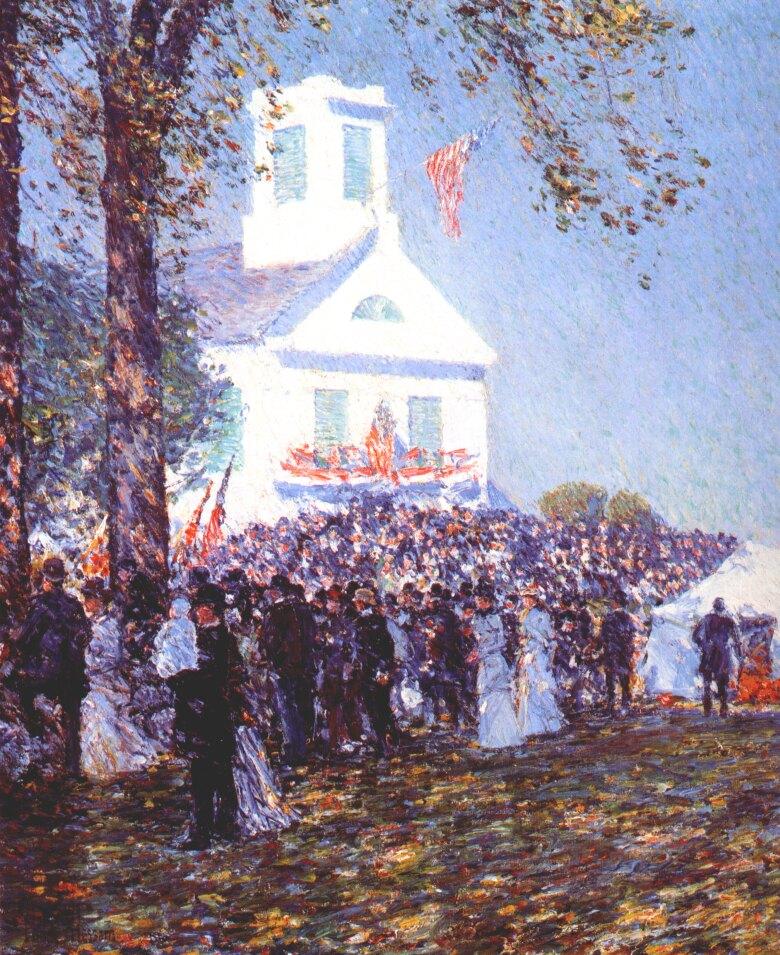 NEW YORK - An amalgamation of style, artistry, and culture, American art has evolved over time; as a consequence, so too has what constitutes a ‘masterpiece.’ These topics are at the center of “Myth, Mystique, Masterpiece” Initiatives in Art and Culture’s 24th annual American Art conference, which will take place from the evening of Thursday, May 16th through Saturday May 18th, 2019. In addition to exploring the roles of artist, patron, museum, and collector, the conference asks what elements draw artists to subjects, and collectors to works of art? Issues to be considered range from what constitutes fashion, to nostalgia as a force in American art, and the celebration of that which constitutes American myth. Celebrity is also considered: art and artists play a pivotal role in the creation of celebrities and heroes of the day, in turn often taking starring roles themselves.

"My colleagues and I are delighted to participate in the American Art conference presented annually by Initiatives in Art and Culture. Each year, it fosters an engaging and informative dialogue which supports a better and broader understanding of American artists and our nation’s cultural history. The conference creates a rich environment for debate on American art, which is instrumental in broadening and understanding and appreciation of the field, says Andrew Schoelkopf, Co-founder and Partner, Menconi + Schoelkopf, and President of the Arts Dealers Association of America. He continues, “As the environment and market have evolved dramatically over the past two decades, we find more important than ever the need for and benefit accrued from the conference’s creation of an interactive forum for leading scholars, curators, dealers, collectors, and others to share new ways of thinking about and viewing American art.”

On Thursday, the American Art Conference begins with an evening reception attended by all participants, and a private viewing of the exhibition, “Thomas Hart Benton: Mechanics of Form” at Menconi + Schoelkopf, located at 22 E 80th Street. On Friday and Saturday, formal sessions take place at Bonhams, 580 Madison Ave, with book sales and book signings, as well as informal opportunities to view the American Paintings and Sculpture Exhibition, which opens concurrently.

Throughout the two days, the relationship between the history of American art and the network of taste constituted by the interplay of museum, dealer and collector is emphasized, as is the display of works. Farris Wahbeh, Benjamin and Irma Weiss Director of Research Resources, Whitney Museum of American Art, considers the formation of what might be termed the formal discipline of American art in “Molding Scholarship: the Whitney Museum of American Art and the Cultivation of American Modern Art History.” Rebecca Shaykin, Associate Curator, Jewish Museum, New York, addresses the role of the dealer in “Edith Halpert and the Rise of American Art,” while Jan and Marica Vilcek, co-founders, CEO and, Vice-Chairman respectively of the Vilcek Foundation discuss “Collecting Modernism,” in conversation with Andrew Schoelkopf. Schoelkopf says, “This year, I am particularly pleased that we will have the opportunity to celebrate the contributions to the field made by collectors Marica and Jan Vilcek. We will discuss the physical opening of the new headquarters of their foundation in New York, which is transitioning their private collection to a locus of information, publications, and viewing for the enjoyment of American art. The Vilceks have been passionate and learned collectors of American art for more than 25 years, and through their foundation, they are helping the field to rethink scholarship, the canon of American art, and the significant role played by immigrants who influenced and advanced America’s cultural and artistic history.” 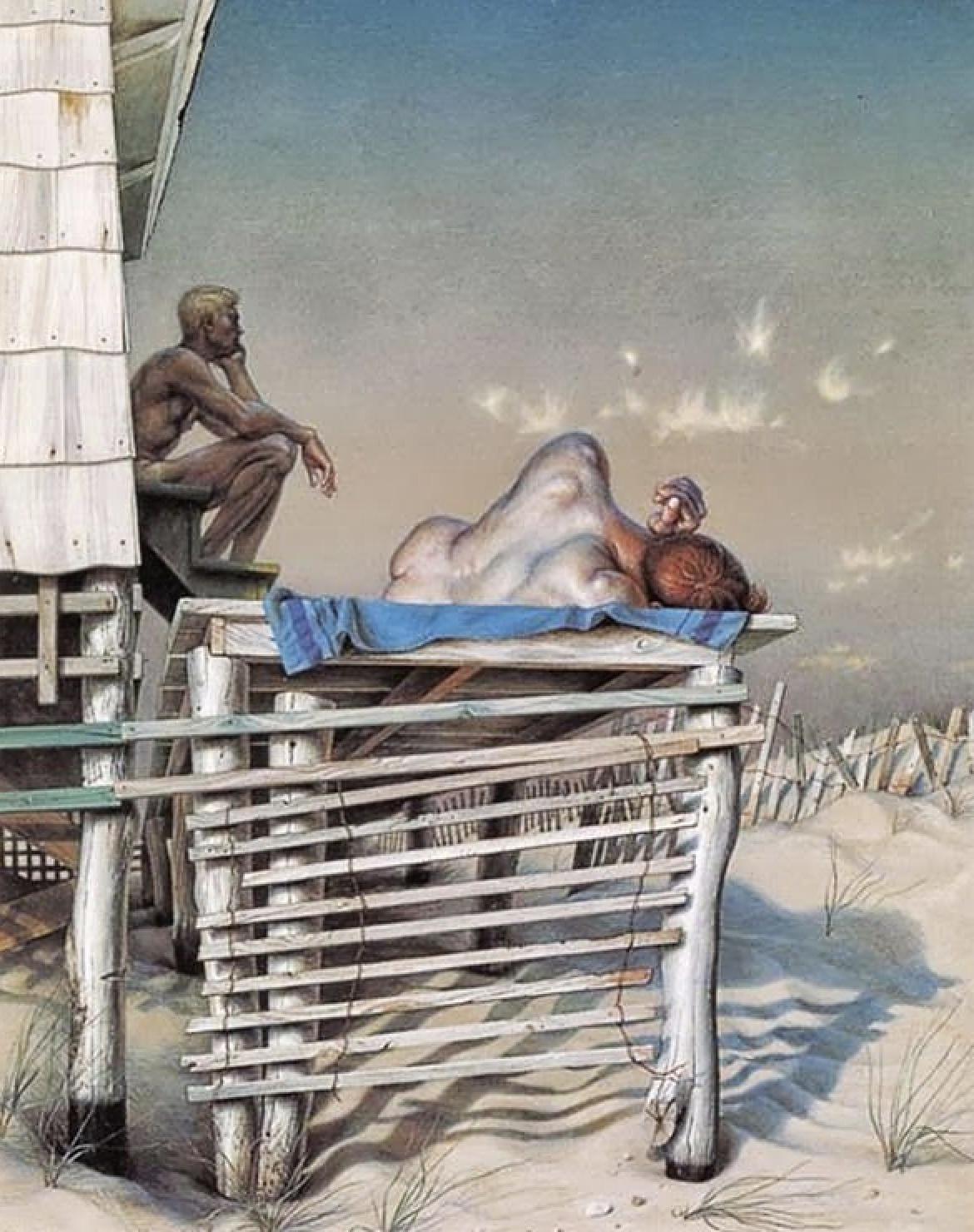 "For a conference series to survive and thrive for 24 years is a matter of immense achievement for Initiatives in Art and Culture, and a stroke of good luck for loyal attendees. IAC's American Art Conference has set the bar for a highly cultured discussion on American art that is not reduced to mere pedantry or colored by commercialization of format. Rich content and an atmosphere that begs for deep dialogue among speakers and delegates are the hallmarks of this conference. One leaves the event not just satiated, but more culturally aware and educated on American Art," says Mickey Alam Khan, Editor in Chief, Luxury Daily.

Lisa Koenigsberg, President of Initiatives in Art and Culture, says, "The art of the United States emerges from, reflects, and changes American culture in all its richness. Initiatives in Art and Culture has been, and will remain, deeply engaged in American art and related topics. We are honored to organize and present the 24th annual American Art Conference. We look ahead with curiosity and anticipation to marking the conference's quarter century milestone, and to engaging with our country in the exploration that will occur when our nation marks the 250th anniversary of the signing of the Declaration of Independence in 2026."

Register for “Myth, Mystique, Masterpiece” directly on Eventbrite by clicking here. To learn more about Initiatives in Art and Culture, or inquire about sponsorship opportunities , visit http://artinitiatives.com, call 646-485-1952, or email info@artinitatives.com. For press or media coverage inquiries, images, speaker quotes, or interviews, contact Pietra PR at 212-913-9761 or email info@pietrapr.com.

About Initiatives in Art and Culture
Initiatives in Art and Culture (IAC) educates diverse audiences in the fine, decorative, and visual arts. Our primary activities are conferences, publications, and exhibitions that take an interdisciplinary approach, considering issues related to fabrication, connoisseurship, cultural patrimony, cultural preservation, and the future of culture. Particular areas of emphasis include American painting, precious substances, the history of frames, the Arts and Crafts movement, the influence of Asian cultures on American fine and decorative art, and the history and future of fashion. IAC’s projects have been supported by a wide array of individual, corporate, and foundation funders.