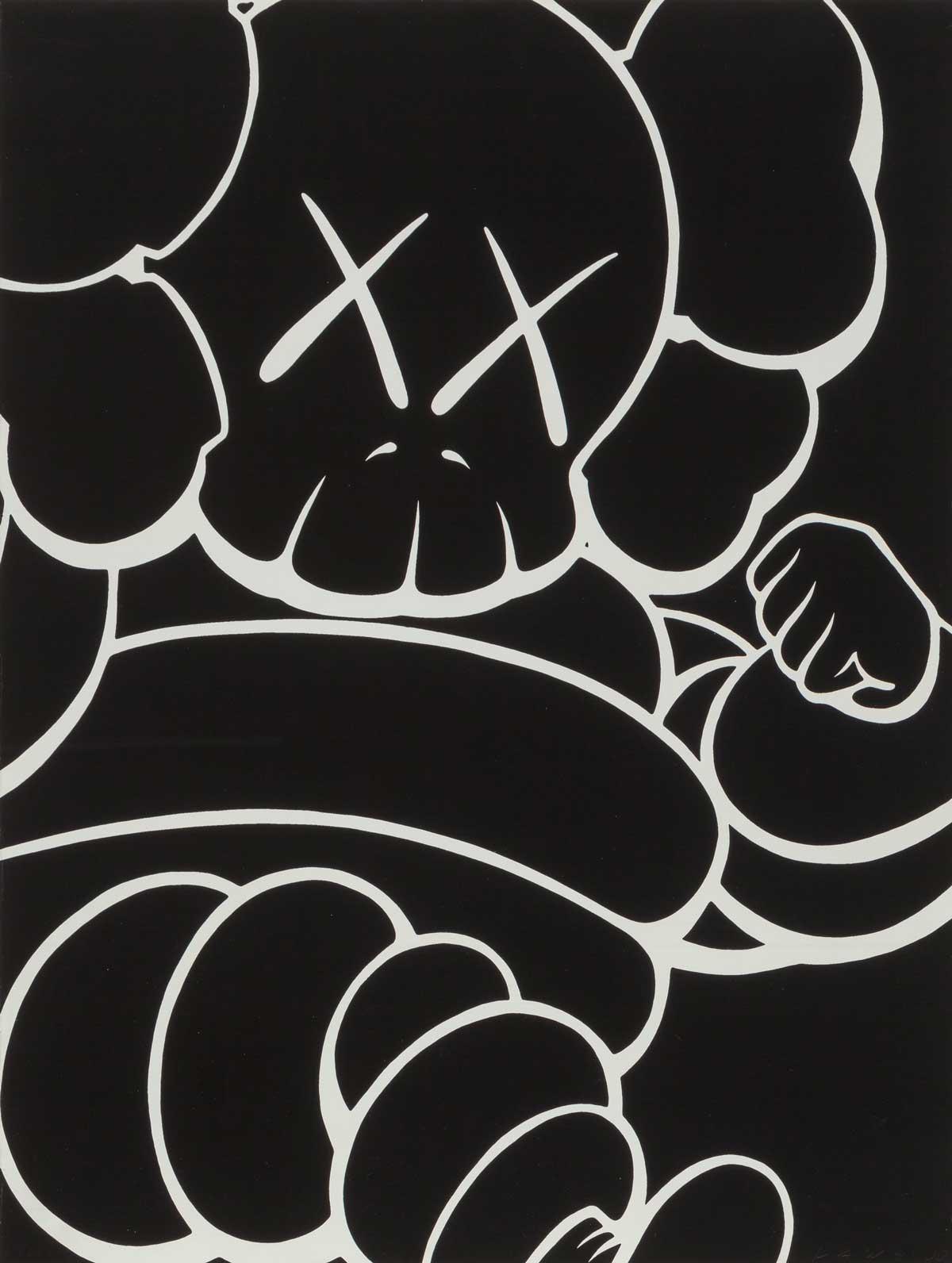 Popular contemporary artist KAWS produced 47 of the 111 lots (42.3 percent) offered, and every work offered in the sale sold.

"KAWS is extremely hot right now, with art critics, fans and collectors alike," Heritage Auctions Director of Modern & Contemporary Art Leon Benrimon said. "His popularity is international, and is reflected by the number of bidders who pursued his work in this sale."

The top lot of the night was by another major contemporary artist, as RETNA Eastern Realm (two works), 2014claimed the event's highest sale price when it went for $11,875. Recognized as an elite graffiti artist, RETNA is known for his signature style of letters and words that combines elements of Blackletter, Egyptian Hieroglyphics, Arabic and Hebrew calligraphy. The works in this lot are color screenprints on paper; one is editioned "35/60," the other "58/60" (each had 10 artist's proofs).

KAWS' BWWT 400% Be@rbrick, 2005, a beautiful Karimoku wood incarnation of the artist's signature figure, brought $6,000. Incised on the reverse, it was produced by Tokyo-based Medicom Toy.

The run on KAWS lots was interrupted when OG Slick's 2014 Uzi Does It-Liberty or Death drew a winning bid of $5,250. The painted cast resin figure of Mickey Mouse, with a bandana around the lower part of his face and a submachine gun in his left hand, was published by Detroit-based 1XRun and stands 16-1/2 inches high.

The next 13 highest sale prices all came from KAWS creations:

Among the auction's other highlights was a collection of more than two dozen items from streetwear brand Supreme, including:

Top lots from other artists included, but were not limited to:

The Internet's most popular auction-house website, HA.com, has over one million registered bidder-members and searchable free archives of four million past auction records with prices realized, descriptions and enlargeable photos. Reproduction rights routinely granted to media for photo credit.