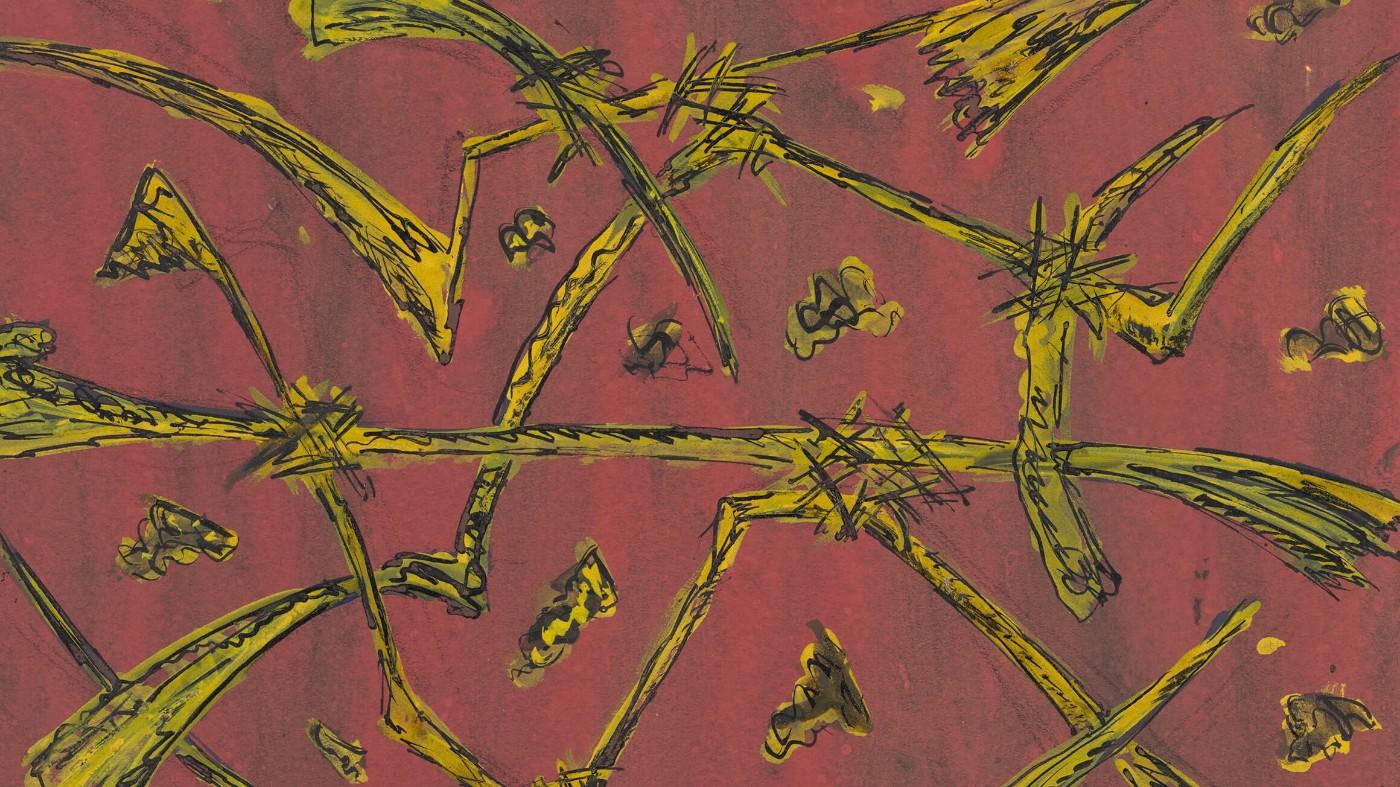 Opening this week at the Philadelphia Museum of Art, this exhibition focuses largely on the sculpture and related drawings that Herbert Ferber (1906-1991) created during the 1950s that represent the artist’s most creative period. In these works, Ferber challenged traditional notions of sculpture and focused on line rather than mass, reflecting his artistic instinct that the future of sculpture lay as much in the shaping of space as it did in the shaping of form. 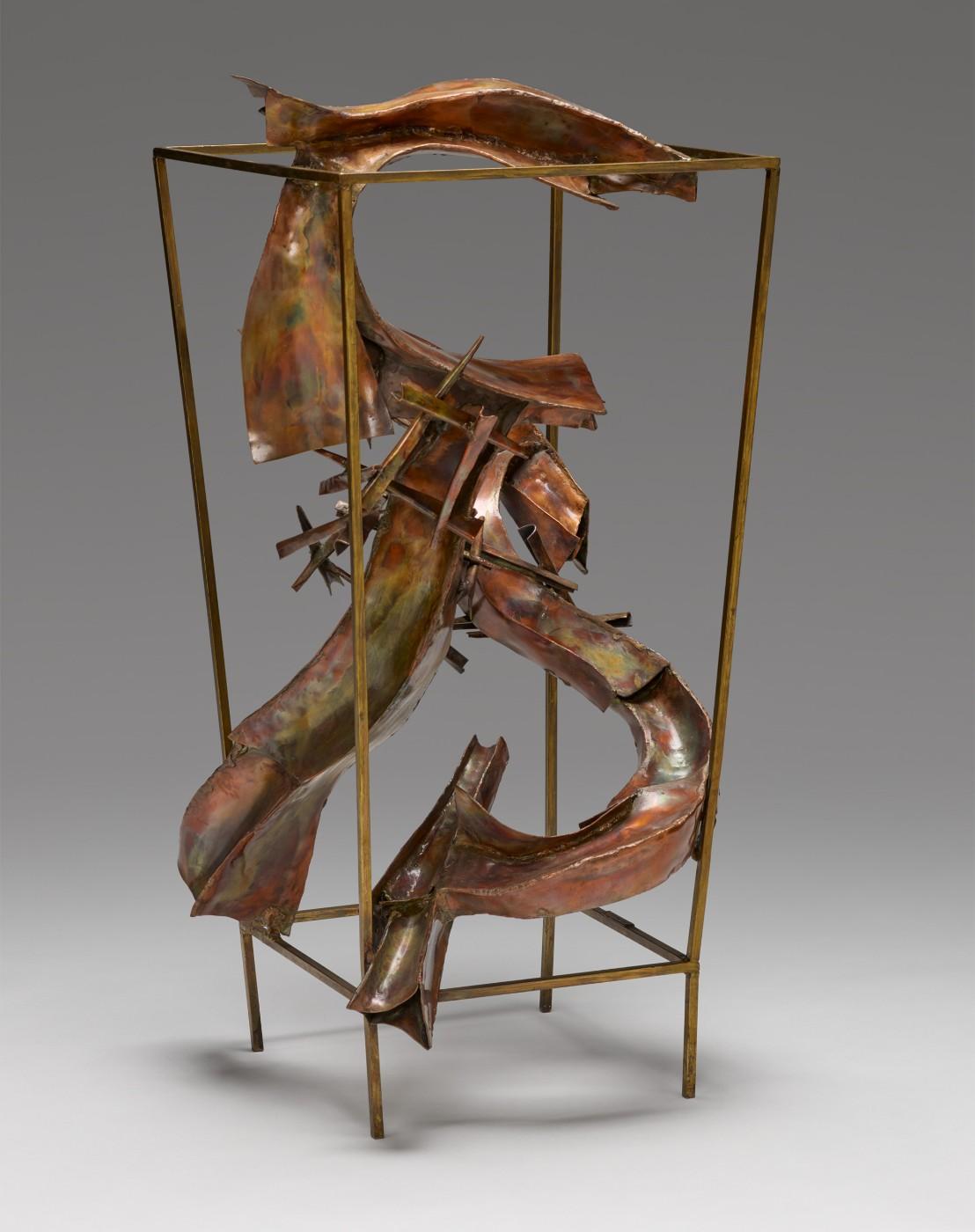 courtesy of Philadelphia Museum of Art, 2019

The tightly curated exhibition comprises 20 works, 9 sculptures and 11 drawings that range in date from 1947 to 1964. It begins with two sculptures and four related drawings from the late-1940s that underscore Ferber’s engagement with Surrealism and interest in the work of British sculptor Henry Moore. Ferber integrated form and space in sculptural works such as Sun Wheel, 1956, and The House (The Staircase), 1956. At the same time that his work was evolving in this direction, it was also becoming increasingly abstract in form and gestural in character, as seen in sculptures such as Roofed Sculpture with “S” Curve, 1954, and Heraldic, 1957. In the 1960s series, Homage to Piranesi, Ferber created a dynamic relationship between mass and void, intertwining forms and suspending them in space in a slender frame. For nearly a year, he stopped making sculpture and focused on his drawings to work out his sculptural ideas on paper; when he returned to working with metal, his forms were both looser and more abstract.

By the mid-1960s, at the very moment when Ferber’s work had achieved broad critical acclaim, the course of American sculpture changed radically with the emergence of Pop Art and Minimalism. Now, some fifty years later, Form into Space takes another look at his sculpture and drawings of this period and to reassess the nature and scope of his achievements in a medium that evolved in new and extraordinary ways in the decades after World War II.