Exploring the Role of a Flower 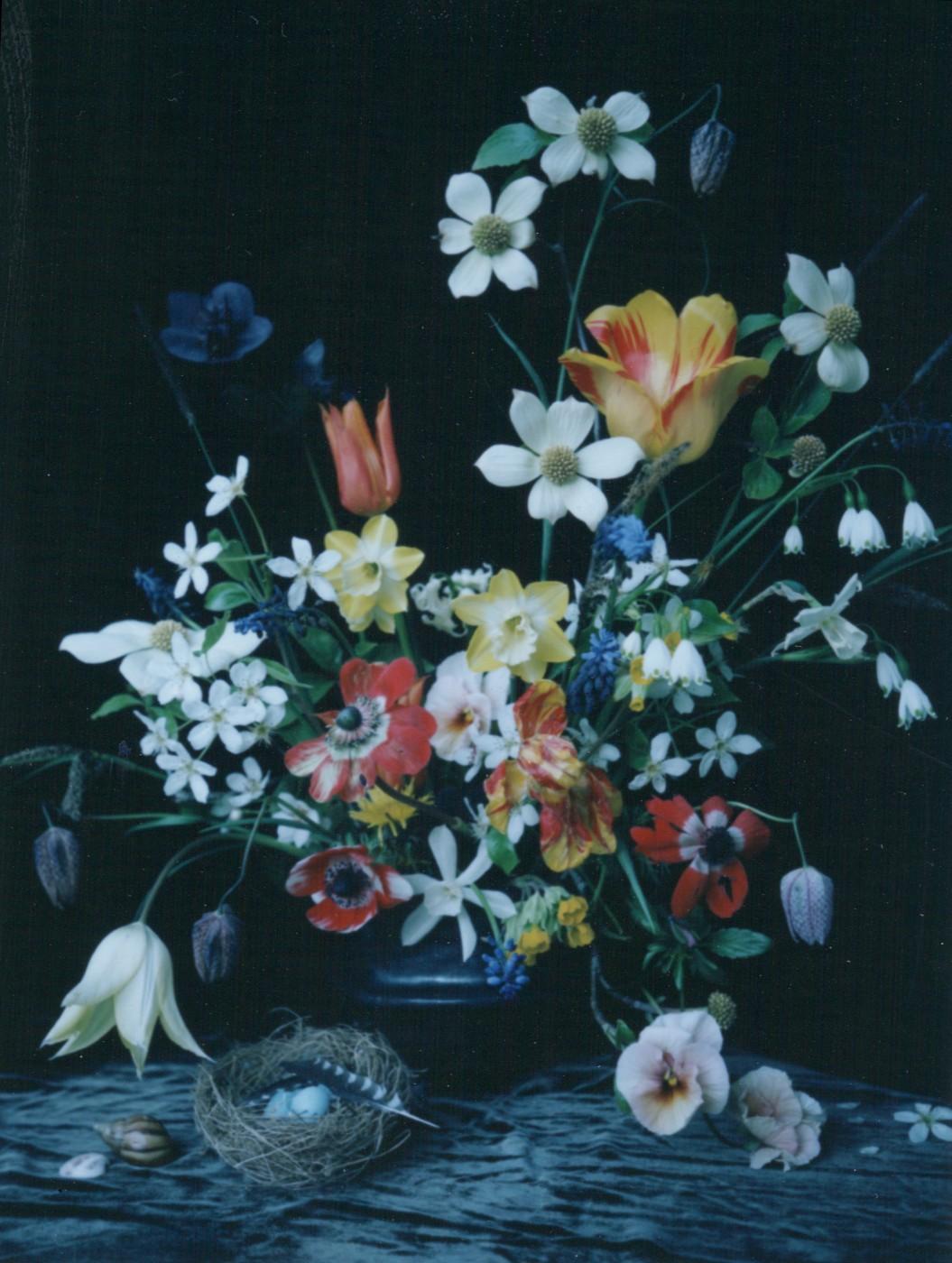 Siri Thorson, Polaroid from the series Portrait of the San Juan Islands

What is the role of a flower? It just exists. And those who like to go and look at it, smell it and like it, say, what a beautiful flower it is, it exists.  -Krishnamurti 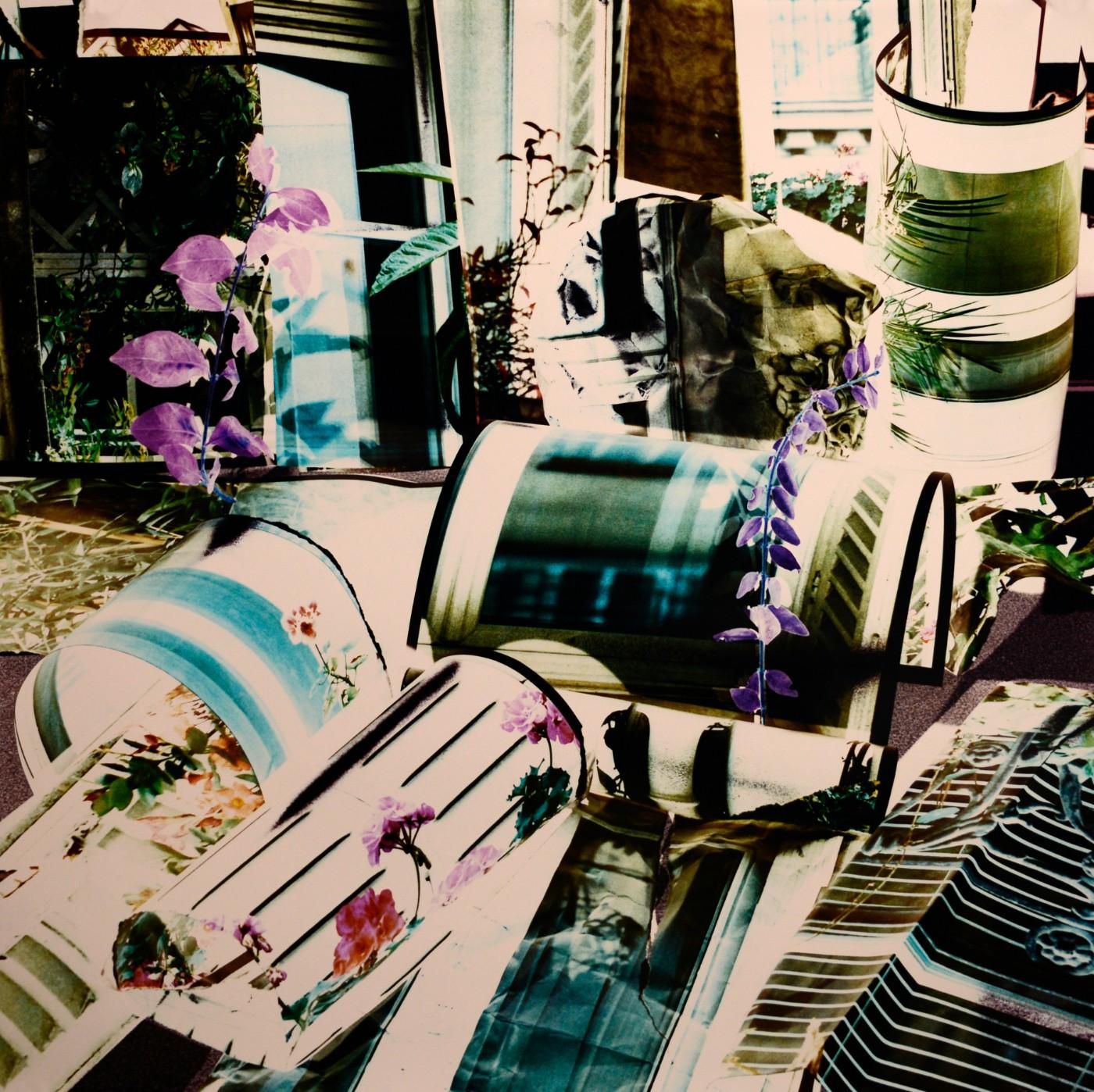 Thorson is a renowned “floral-artist” traveling the world to forage flowers and compose monumental arrangements respecting season and soil. Calling the San Juan Islands near Seattle home, she grows her own plants on her family farm. 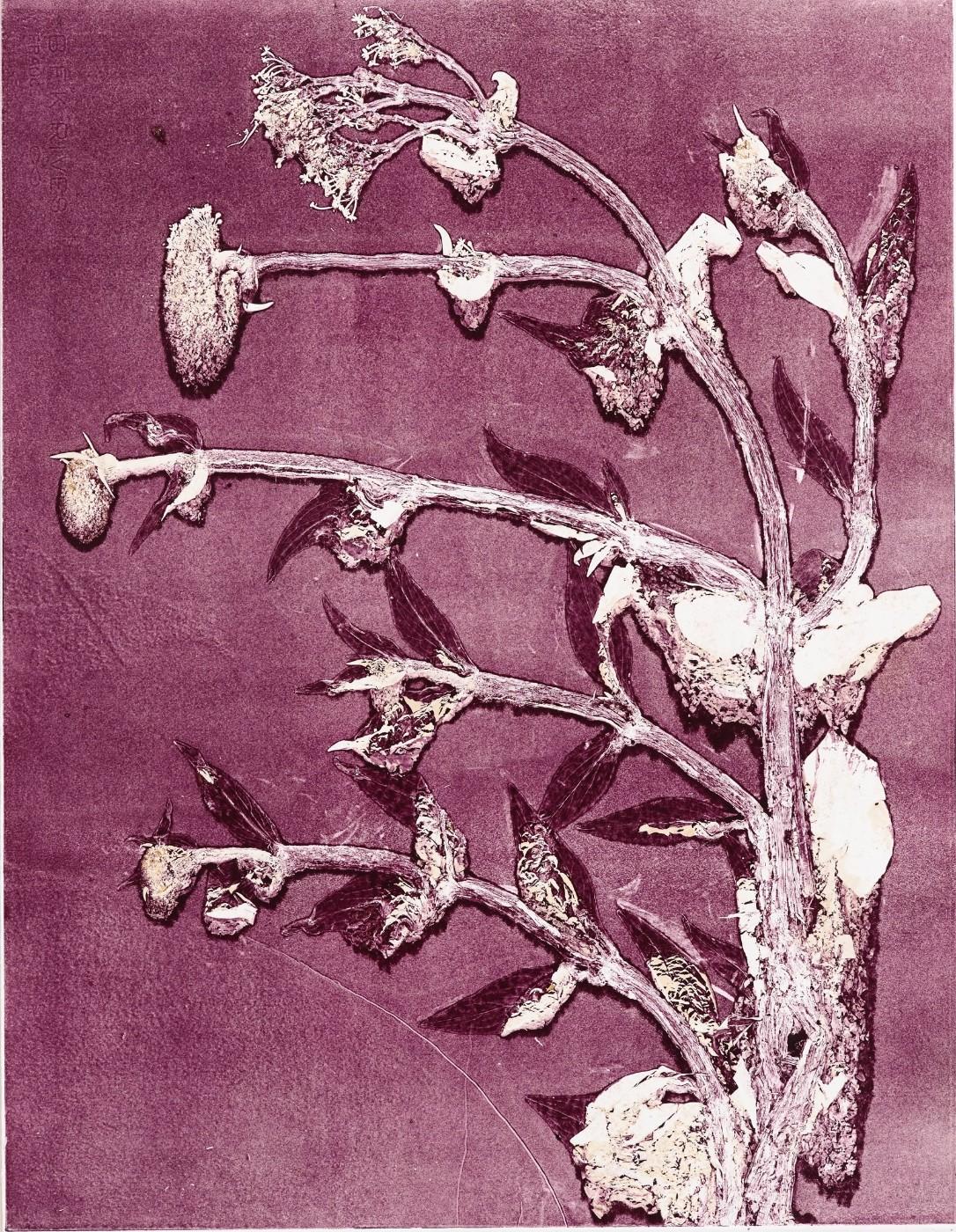 In The Role of a Flower Thorson treats us to her Portrait of San Juan Islandsseries, revealing the artist’s performative approach to image-making. Overseeing every step of the process, she reveals bouquets of plants raised from seedlings, to wildflowers collected on the isolated islands, birds nests and shells from the surrounding areas. The images were shot on discontinued Fuji FP100c pack film, mirroring the ephemeral nature of the subject.

Textile artist, Narrett is known for her luscious, large-scale embroidery works featuring painterly fruits and flowers, often examining love and erotica. For the show, the Brooklyn-based artist has created embroidered roses, a recurring symbol in her works.

Paris-based Rabichon was originally trained as an oenologist, using this interest in plants and vines as inspiration for the subject of some of his photographs. Mixing photographic mediums, he has developed a method of combining digital and analog photographs in the same pieces, allowing his work to seemingly transcend past and present.

Anna Skladmann, Rhea from the series A Goddess Manifesto - The Coming Age of Hyperintellgience

French artist Thomas Fougeirol is interested in the thin line between paintings and photography. Here, he presents a series of colorful monoprints examining invasive species, turning the sometimes ugly sides of nature into its beauty. Made with etching ink in various joyful tonalities, the 30 monoprints will be installed as a grid and collectors will be able to pick a piece on the wall, as they would pick a flower, leaving an empty space on the wall.

London-based photographer Anna Skladmann will present large scale C-Print Scans of flowers, from the series A Goddess Manifesto - The Coming Age of Hyperintellgience. Those portraits of Rhea, Persephone and Gaia are connected to James Lovelock’s essay 'Novascene', 2019, in which is raised the idea that for the « new beings [that] will emerge from existing artificial intelligence systems. » human beings will be regarded « as we now regard plants–benign but desperately slow-acting creatures. »

During the course of the show different workshops and dinners will take place, deeply connected to the theme of the show, including a class of dyeing with healing plants and flowers by Barrie Cohen on the opening evening and a kid-friendly cyanotype workshop with artist Ella Barnes on Sunday October 21 (12-2pm).

MERCI: The Role of a Flower has been made possible through Brooklyn Falls for France, a cultural season of the Cultural Services of the French Embassy in the United States, in partnership with FACE Foundation.