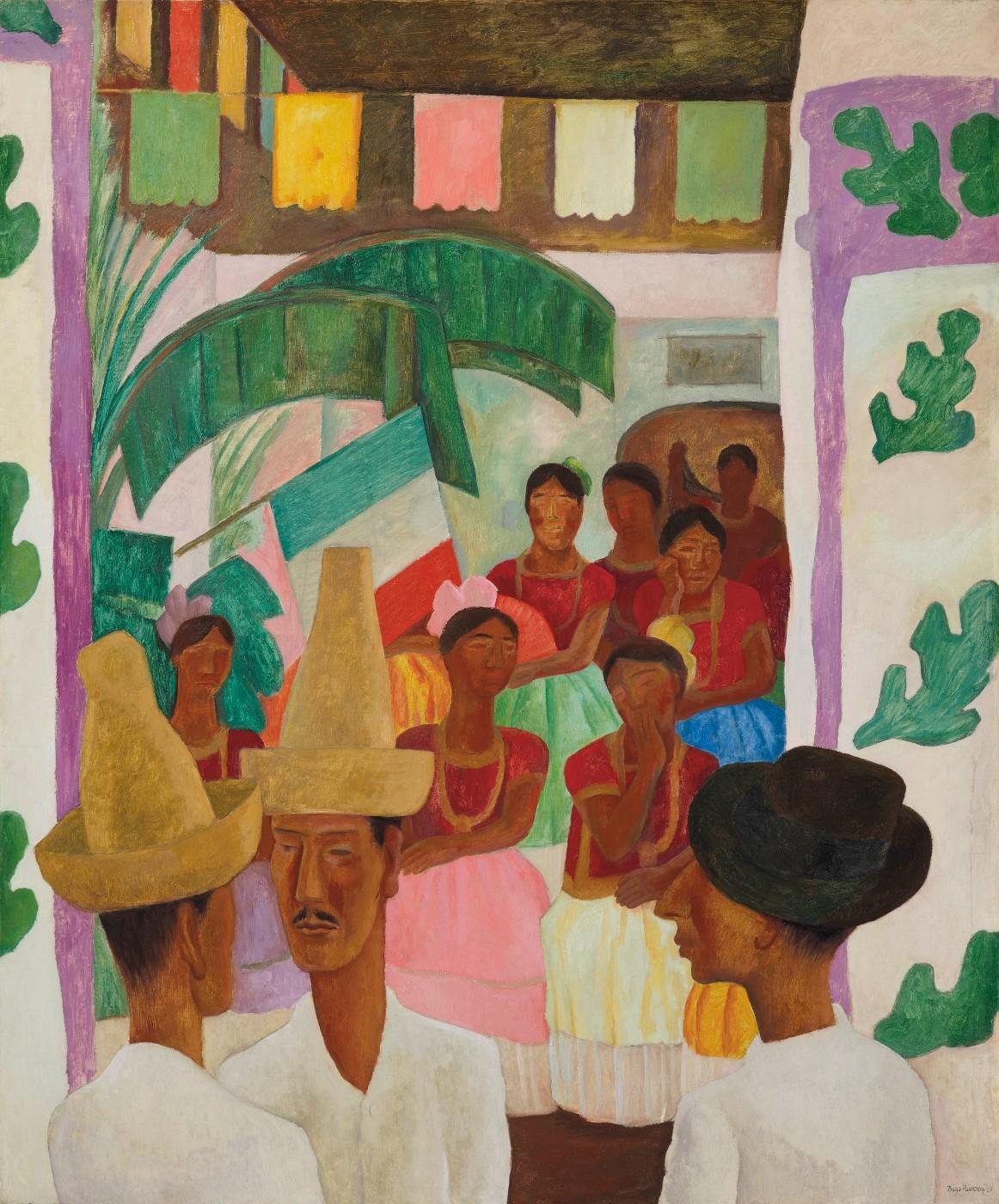 Diego Rivera's "The Rivals" sold for $9.7 million, a new record for the artist at auction.

THE HIGHEST TOTAL FOR A PRIVATE COLLECTION IN HISTORY

MOST SIGNIFICANT CHARITABLE AUCTION EVER STAGED

New York – After a six-month campaign, ten days of online sales and three days of dynamic auctions at Christie’s Rockefeller Center, the total for the 1,500 objects comprising the Collection of Peggy and David Rockefeller reached $832,573,469 (£613,941,113 / €698,302,524), well exceeding initial expectations and establishing the highest auction total ever for a private collection at auction.

The most significant charitable auction in history, all of the estate proceeds will be directed to philanthropies Peggy and David Rockefeller supported during their lifetimes, for the benefit of continuing scientific research, higher education, support for the arts, sustainable economic development, and land conservation initiatives, among others.  Over the course of the sales, numerous world auction records were established across the fine and decorative arts. An additional nineteen lots of jewelry from the Collection will be offered in the June 12 Magnificent Jewels sale.

David Rockefeller, Jr. commented: “This week of auctions has exceeded our expectations in so many ways. Christie’s and our family had a shared financial goal of raising more than $500 million in estate proceeds for the 12 philanthropies our parents cared about so deeply, and it has been both humbling and deeply gratifying to see a sale total that reaches so far beyond that. These funds will provide very meaningful support to important institutions and foundations devoted to scientific research and higher education, support for the arts, foreign policy, and the conservation of coastal and agricultural lands.

We are grateful to the Christie’s team for the deep care and attention they took in presenting our parents’ collection to the world over this past year. This was an experience that beautifully and thoroughly conveyed Peggy and David Rockefeller’s great passion for art, design, craftsmanship and beauty. Just as my siblings and our own children are full of pride and gratitude at the end of this historic week, we know our parents would feel the same.”

The top lots of the sale included Picasso’s, "Fillette à la corbeille fleurie," which realized $115,000,000, the second highest price for the artist, Monet’s "Nymphéas en fleur" which sold for a record $84,687,500, and Matisse’s "Odalisque couchée aux magnolias" which sold for $80,750,000, another auction record. Further records include Diego Rivera’s "The Rivals" that sold for $9,762,500, establishing a world auction record for the artist and for a work of Latin American Art. The Art of the Americas sale set a new record for the category total, and Gilbert Stuart’s "George Washington (Vaughan type)," set a record for the artist at $11,562,500.  Among the decorative arts, a record was set for 19th Century porcelain for the Sèvres ‘Marly Rouge’ service commissioned by Napoleon I, which sold for $1,812,500.

Among personal items offered was a money clip with the outline of the Rockefeller Center which was offered in the Online sale, estimated at $800-1,000, and it sold against 13 bidders for $75,000. Notable results in decorative arts include a Regency mahogany four-pedestal dining table, which sold for $468,500, and an English wicker picnic hamper from Asprey & Company, which realized $212,500 against an estimate of $10,000.

Highlights of the Travel and Americana sale included a rare blue and white ‘Dragon’ Bowl which realized a total of $2,772,500, an Imperial Gilt-Bronze figure of Amitayus which realized $2,532,500, setting a record for a Kangxi gilt-bronze, and a John Haynes Williams Whistling Swan duck decoy which sold for $348,500, establishing an auction record for the maker.

Marc Porter, Chairman Americas, states, “We have fulfilled our goal which was to achieve the philanthropic and educational missions of Peggy and David Rockefeller’s bequest to raise funds for the institutions they supported. The level of engagement around the world reaffirms the resonance of Christie’s name as well as continued global interest in collecting.”

Over the course of the 10-day viewing, Christie’s welcomed 30,000 visitors to its landmark exhibition, designed as an immersive walk-through experience; inspired in equal measure by the Rockefeller family homes in upstate New York, Maine and Manhattan, as well as the gleaming ‘city within a city’ of Rockefeller Center. Combined with the global tour of collection highlights, presented in partnership with VistaJet, to Hong Kong, London, Paris, Los Angeles, Beijing and Shanghai – over 80,000 visitors have visited the exhibitions. Including the online sale, sale registrants came from 53 countries. There have been over 2.4 million page views for Rockefeller content on the Christie’s website in 2018, with over 50 bespoke web features created to explore the many narratives of the collection.

The buyer geography of the sales was led by the Americas 73%, followed by EMERI 18%, and Asia 10%. New buyers accounted for 61% of the buyers in the online sale, with 28% of clients buying more than one lot online.

Guillaume Cerutti, Christie’s CEO, remarks, “Christie’s has been honored to represent the Rockefeller Estate and we are proud to have exceeded expectations. As well as raising a truly outstanding amount for good causes, we have sent a clear message about our commitment to our clients. This was an innovative and creative campaign, one that saw new engagement with influential tastemakers, the sharing of powerful stories across our content and digital platforms. We have led the market in our operational delivery, from the launch in Asia, as we worked as a truly global, integrated team. The sales bode well for the art market in the next months and we look forward to our 20th Century sales here in New York next week.”