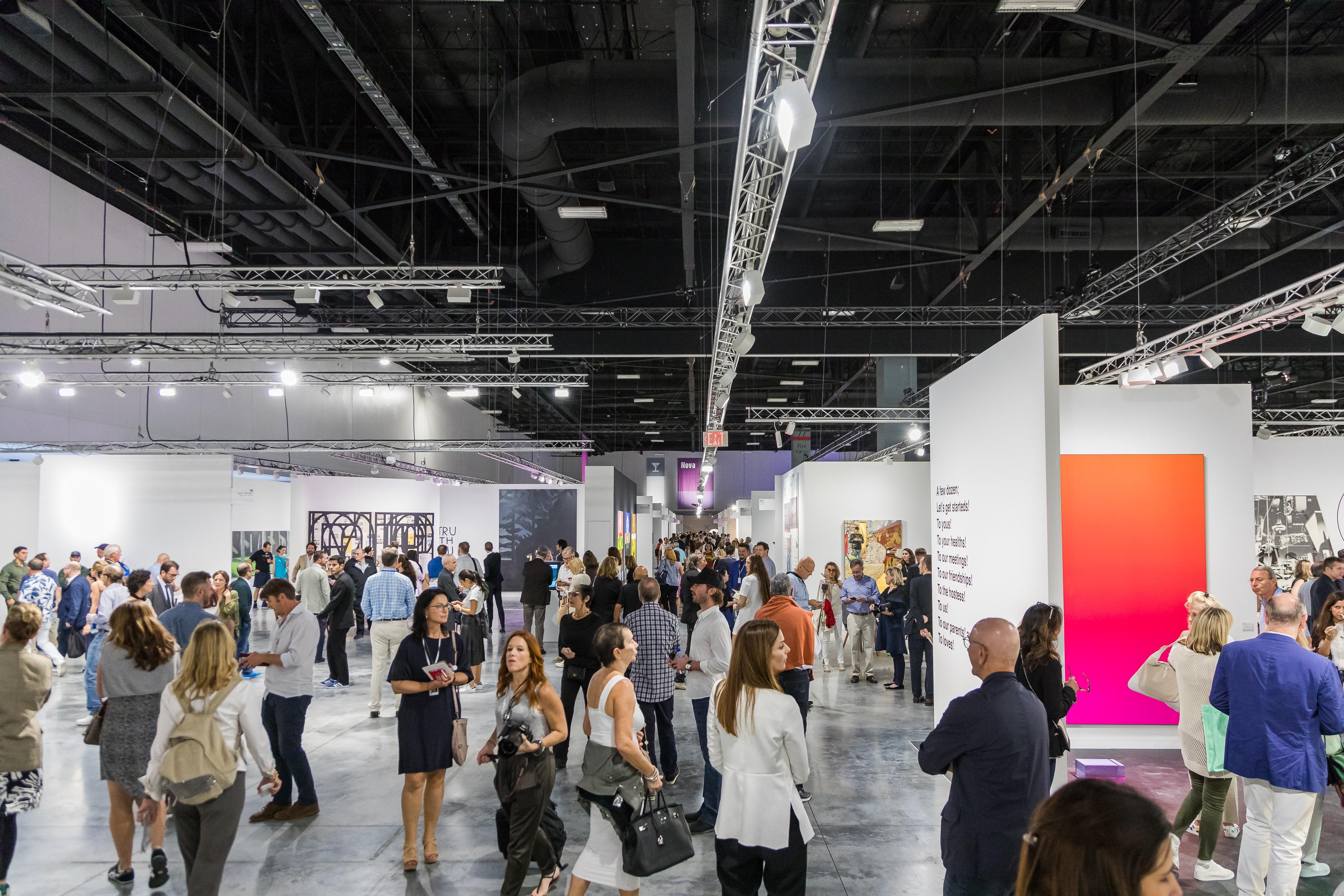 Art Basel and BMW are delighted to present the next artist shortlist and to continue their joint initiative to recognize and support emerging artists worldwide. The BMW Art Journey can take artists almost anywhere in the world to develop new ideas and envision new creative projects. Today, an international expert jury announced A.K. Burns, Jamal Cyrus and Mariela Scafati as the shortlisted artists showing in Positions, the sector for emerging artists at Art Basel's show in Miami Beach.

A.K. Burns at Callicoon Fine Arts, New York
A.K. Burns (b. 1975) lives and works in Brooklyn, United States and received her Master of Fine Arts from the Milton Avery Graduate School of the Arts in 2010. In her artistic practice, the artist views the body as a contentious domain wherein issues of gender, labor, ecology and sexuality are negotiated. At Art Basel in Miami Beach, she premiers 'Weather Report', an installation that calls forth a dystopian domestic scene, a kind of allegorical space weathered by the current political situation, vexing barriers between the interior and exterior. Recent solo exhibitions include New Museum New York, Callicoon Fine Arts, New York and Michel Rein, Paris. The artist was also included in recent group shows at New Museum, New York, Kunsthalle Wien, Vienna and the Los Angeles County Museum of Art (LACMA), Los Angeles.

Jamal Cyrus at Inman Gallery, Houston
Jamal Cyrus (b. 1973) was born in Houston, United States, where he still lives and works and received his Master of Fine Arts from the University of Pennsylvania in 2008. Cyrus’ work draws on the languages of collage, assemblage, and the cultural politics embedded within Black American music and culture. At this year’s Art Basel in Miami Beach, Cyrus is presenting 'STANDARDZENBLŪZ II', a project whose imagery is sampled from concert posters, record covers, Jet Magazine, and the interior of a record store in Tokyo. Cyrus’ solo and group exhibitions include Inman Gallery, Houston, Museum of Contemporary Art Detroit (MOCAD), Detroit, and Institute of Contemporary Art Philadelphia (ICA), Philadelphia.

The three shortlisted artists are now invited to develop a proposal for their ideal journey, with the winner to be announced in early 2018.

'The jury was impressed with the range of works in this year’s Positions sector. The jurors took note of the artists’ accomplishments to date, keenly anticipating their proposals for the BMW Art Journey. As in the previous editions, the jury was excited by the many different ways in which the artists responded to the challenge of conceiving and realizing a project for Art Basel. The works on view reflect the full spectrum of artistic practices in the global artworld', states the jury.

In collaboration with the winning artist, the journey will be documented and shared with the public through publications, online and social media.

During this year's Miami Beach show, BMW Art Journey winner Max Hooper Schneider (b. 1982) is presenting his new work at the BMW Lounge, made in response to his recently completed maritime journey to explore coral reefs around the globe. Entitled 'Planetary Vitrine: The Reef as Event', his journey investigated coral reef systems from the Bikini Atoll to the Fukushima disaster 'reef' in Japan, from Lake Baikal in Russia to the coast of Madagascar. Each reef system has been compromised by its contact with humans, and each one reveals a specific aspect of how this interaction has occurred, as well as how human and non-human agents have acted over time to remediate the damage. Together, the reefs tell a story of death and resilience, corruption and rebirth.

The latest edition in the BMW Art Journey book series is also presented at the fair giving insights about Abigail Reynolds’s (b. 1975) BMW Art Journey 'The Ruins of Time: Lost Libraries of the Silk Road'. Images, texts and other documents originating from her experience are included in the book – thus completing a journey that both starts and ends with the institution of the library.

BMW is a global partner of Art Basel and has supported Art Basel’s three shows in Basel, Miami Beach and Hong Kong for many years. For further information, please visit bmw-art-journey.com.

Launched in 2015, the BMW Art Journey is a collaboration between Art Basel and BMW, created to recognize and support emerging artists worldwide. The prize is open to artists who are showing in Discoveries and Positions in the Hong Kong and Miami Beach show respectively. Two judging expert panels, comprised of internationally renowned experts, shortlist three artists, who are then invited to submit proposals for a journey aimed to further develop their ideas and artistic work. The next judging of the BMW Art Journey will be held during Art Basel in Hong Kong, where three artists from the Discoveries sector will be shortlisted next March. The winner will be announced in late spring 2018. For further information on the BMW Art Journey please visit bmw-art-journey.com.