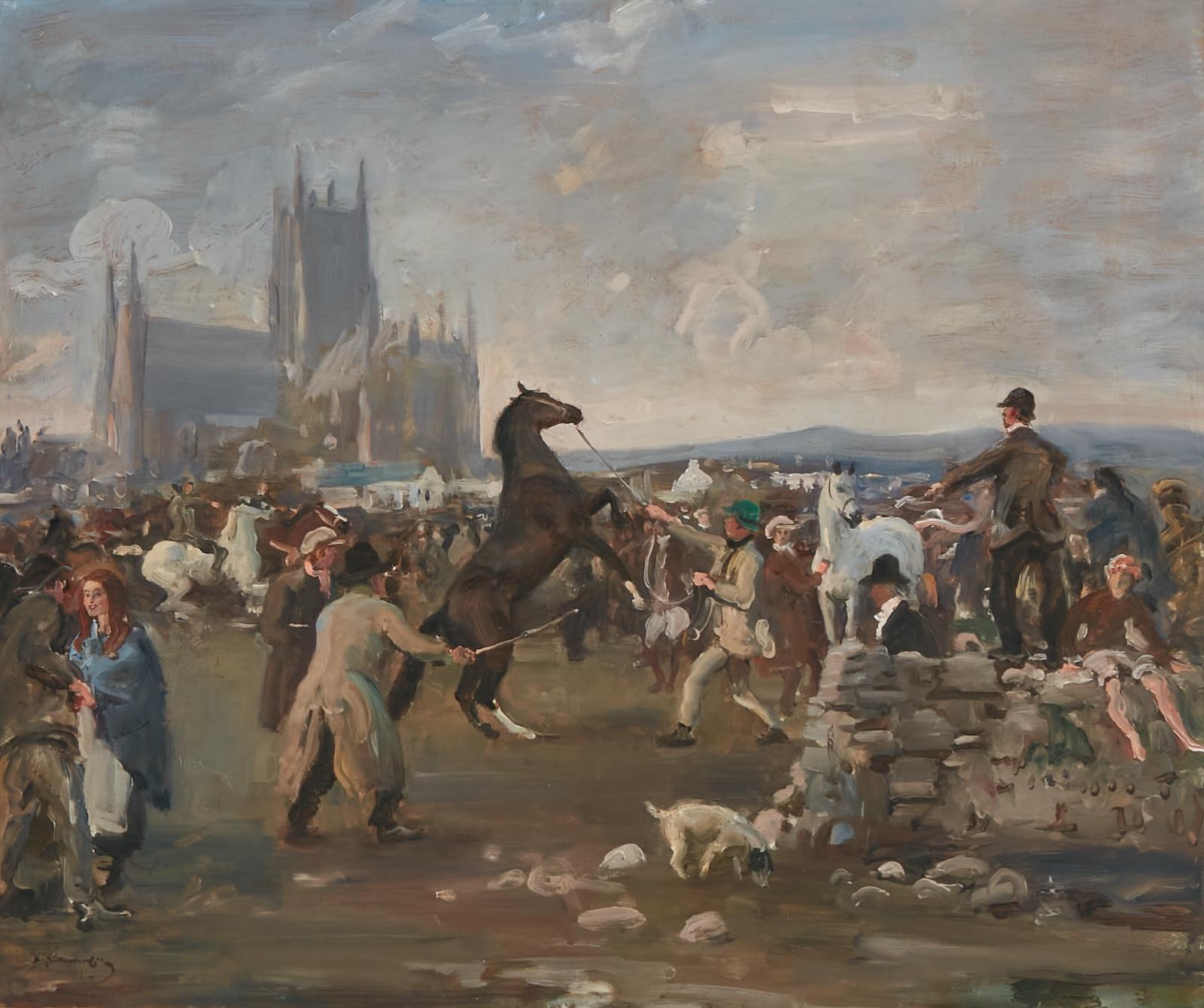 DOWNTOWN LOS ANGELES, CA, Oct. 2021 – Andrew Jones Auctions will present an outstanding auction event on October 10th: “The Collection of Lady Victoria White” of Beverly Hills, CA. The collection is best described as “English Country House meets California chic.” Lady White lived in Beverly Hills for many years and established a home and style that reflected life-long inspirations and passions. The online only event stars at 10am.  Interested parties can contact Andrew Jones Auctions at www.andrewjonesauctions.com.

Lady Victoria White is a well-known socialite and businesswoman who was briefly married to legendary Hollywood movie producer Robert Evans. Evans produced such iconic films as “The Godfather,” “Rosemary’s Baby,” “Love Story,” “Chinatown” and many others. Included in the auction will be Robert Evans’ bound copy of the first edition of the “Chinatown” screenplay by Robert Towne, published in 1983, and signed by Robert Towne in 1983 ($1,500-2,000).

“The Collection of Lady Victoria White” being offered for auction by Andrew Jones tells a story that is elegant and personal. Lady White’s lifelong love of horses is best exemplified by four paintings contained within the collection by celebrated equestrian Impressionist artist Sir Alfred Munnings: The Kilkenny Horse Fair ($200,000-300,000) and Making a Polo Ground at Princemere ($100,000-150,000) as well as Lark III, an Irish Setter ($25,000-35,000) and a landscape evocative of Country life in Munnings’ home village of Dedham Winter at Flatford Mill ($15,000-25,000), a scene along the River Stour also favored by John Constable.

Lady White’s international life of exploration and glamor are reflected in the pieces she chose to create her home sanctuary.  Furniture and decorative arts included within the collection run the gamut from an International selection of fine silver, porcelain, an impressive Régence gilt bronze mounted kingwood commode en tombeau ($20,000-30,000), Chinese and Delft blue and white porcelain, to rare books, bronzes and  jewelry. The collection even extends to the garden with sets by Michael Taylor and Rose Tarlow.

“The layers of connoisseurship included within the truly unique Lady Victoria White Collection reveal her deep appreciation for the breadth of fine and decorative arts, punctuated by her numerous touches of whimsey,” said Andrew Jones, President and CEO, Andrew Jones Auctions. 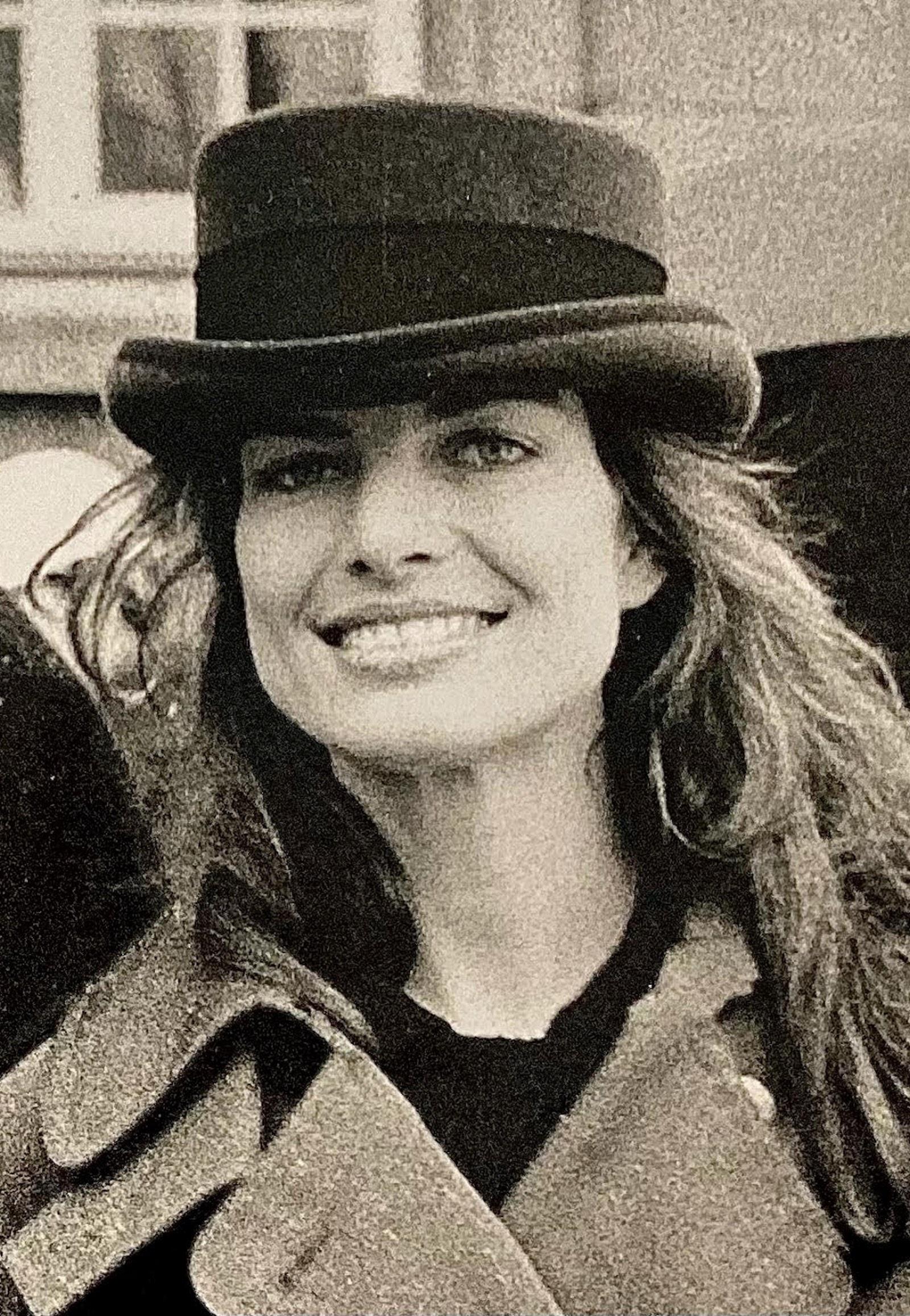 Born in Los Angeles and spending her early years in the San Fernando Valley, Victoria White’s life has been anything but suburban.  She began her career as a model at the age of 15.  Just before turning 17, she was discovered by Eileen Ford who brought Victoria to New York City where she quickly found success as one of the most in-demand models of the Ford Agency.   While living in New York City she met Lord Gordon White, one of the most successful corporate raiders of the 1970s and 1980s and the co-founder of Hanson PLC, the British conglomerate.

After a 5-year courtship they married, and Gordon introduced Victoria to the upper echelons of society. Saturdays and Sundays they would lunch at McMullen on the Upper East Side or at Scott’s in London to enjoy dressed crab.  Victoria and Gordon were inseparable throughout their marriage.  Gordon sparked Victoria’s interest in collecting and for them, collecting encompassed everything from houses to jewelry to furniture to fine art.  Victoria and Gordon would frequently walk through the sale rooms of art galleries, jewelers and furniture designer studios in search of the next treasure.  They often visited the studio of John Singer Sargent and browsed galleries that featured Renaissance and Impressionist paintings.  Gordon’s and Victoria’s love of horses led to their collection of sporting art highlighted by top tier equestrian paintings by artists like Sir Alfred Munnings as well as dog portraits.

Victoria inherited Gordon’s eye for the finer things in life and soon he brought her to her first auction where, at 22, she raised her first paddle and from that day her love of auctions was established.  Gordon entrusted her to manage the acquisitions of their growing collection of fine objects and she quickly learned to value these assets and she achieved the discipline to know when to forge ahead on a purchase and when to step back.  She learned the ins and outs of the auction scene, assessing the room and getting into the minds of the other bidders. Christie’s and Sotheby’s became her homes away from home.

Throughout their time together Victoria and Gordon decorated in several residences including a French-inspired design in Bel Air, an English Tudor in Beverly Park as well as homes in London and New York City.  Managing the houses became not only a primary responsibility for Victoria, but a passion.  The running of the of the homes included furnishing them and setting the tone for the interior décor.  That meant more time at the auctions where Victoria further expanded her interest in art and furniture and refined her bidding skills.

Gordon passed away in 1995.  Although Victoria lost Gordon, he left her with his collector’s spirit and the wisdom to navigate the world of fine objects and Victoria further cultivated her interest in art and design in the years to come. But it was also time for the next chapter in her life.  She remarried and raised a family in Beverly Hills.  A couple of houses later, she landed at 1061 Woodland Drive, her treasured Paul Williams designed home where she lived for 16 years. Woodland Drive brought Victoria not only the peace and tranquility of the gardens and pools and majestic Eucalyptus trees, but an introduction to her neighbor, Robert Evans, the iconic Hollywood producer and former head of Paramount Pictures. Victoria literally strolled over to Evans’ home with her homemade apple pie and it was love at first sight.  Soon after they married and, with Evans, Victoria was introduced to the world of Hollywood filmmaking and deals and celebrities.  Although they ended up splitting, they remained close friends for the subsequent years leading up to his passing in 2019.

The world of Robert Evans offered her new adventures and a new outlook, and she pivoted from the traditional world of Old Masters and sporting art to the electricity of pop and modern art, becoming an enthusiastic collector of Andy Warhol and his contemporaries including Ed Ruscha, Richard Serra, Tom Wesselmann and Robert Longo.  Victoria didn’t give up the European art that she accumulated, she skillfully integrated it with her newly acquired contemporary pieces and created an eclectic mix of the old and new.  She also discovered the work of the British-born artist Damian Elwes and purchased several of his works, including paintings from his Amazon Jungle period as well as recent pieces such as his iconic work, Basquiat’s Studio.

After Evans’ passing, it was, alas, time for another change, another adventure.  Victoria acquired a house in the Summerlin community of Las Vegas in 2011.  Her mother, brother, sister and nephews lived in Vegas, and Victoria sought out a home nearby.  The logistics of managing two large houses became too demanding and Victoria decided to trim her holdings and made the difficult decision to sell her beloved Paul Williams home.  As difficult as that decision was, the positive side is that it gave her much needed free time to embark on a major renovation of her Summerlin home.  The downsizing did mean trimming her extensive collection of furniture, art and collectibles, and that brings us to where we are now.  As hard it is to give up many of her cherished belongings, Victoria looks to others to take stewardship of them, to appreciate their spirit and to extend their enjoyment to others who appreciate the finer things in life.

Victoria misses the gardens, lush plantings and the extensive grounds of Woodland Drive, but she is also thoroughly enjoying her new life that is currently focused on the renovation of her Summerlin residence and beginning another compelling chapter with her new husband, a prominent Las Vegas lawyer and former district attorney.  She is looking forward expanding her interest in the arts to include supporting the next generation of artists. Victoria is comforted in entrusting her collection from the Woodland Drive years with Andrew Jones Auctions and in knowing that her treasures will soon be in loving new homes.

Andrew Jones Auctions is downtown Los Angeles’ only full-service fine art and antiques auction house, with an understanding of market trends and foresight for the 21st Century. The staff has a wealth of knowledge with worldwide experience, having worked for years at major international auction houses in America and Europe, sourcing property from across North America.