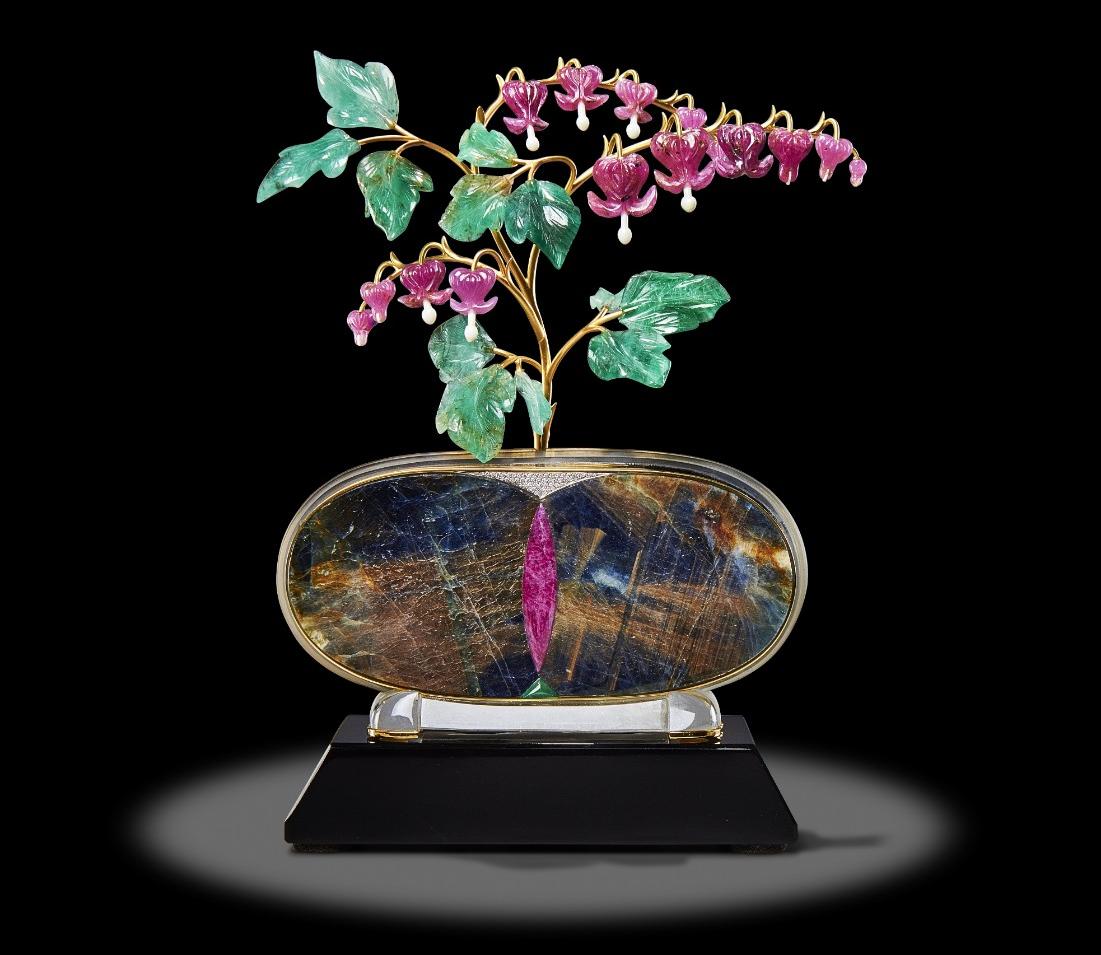 Los Angeles- Bonhams Los Angeles presents 100 Lapidary Treasures from The Estate of Gerard L. Cafesjian, a personal collection that reflects Mr. Cafesjian’s love of gemology, color and form. Highlighting the collection is magnificent illuminated/automated musical gemstone and gold carousel by Andreas von Zadora-Gerlof, circa 1991 (estimate on request). This unique and extraordinary carousel was commissioned directly by Mr. Cafesjian from the artist, and required 960 hours of stone sculpting and cutting, 3250 hours of gold-smithing and 210 hours of stone setting to complete. 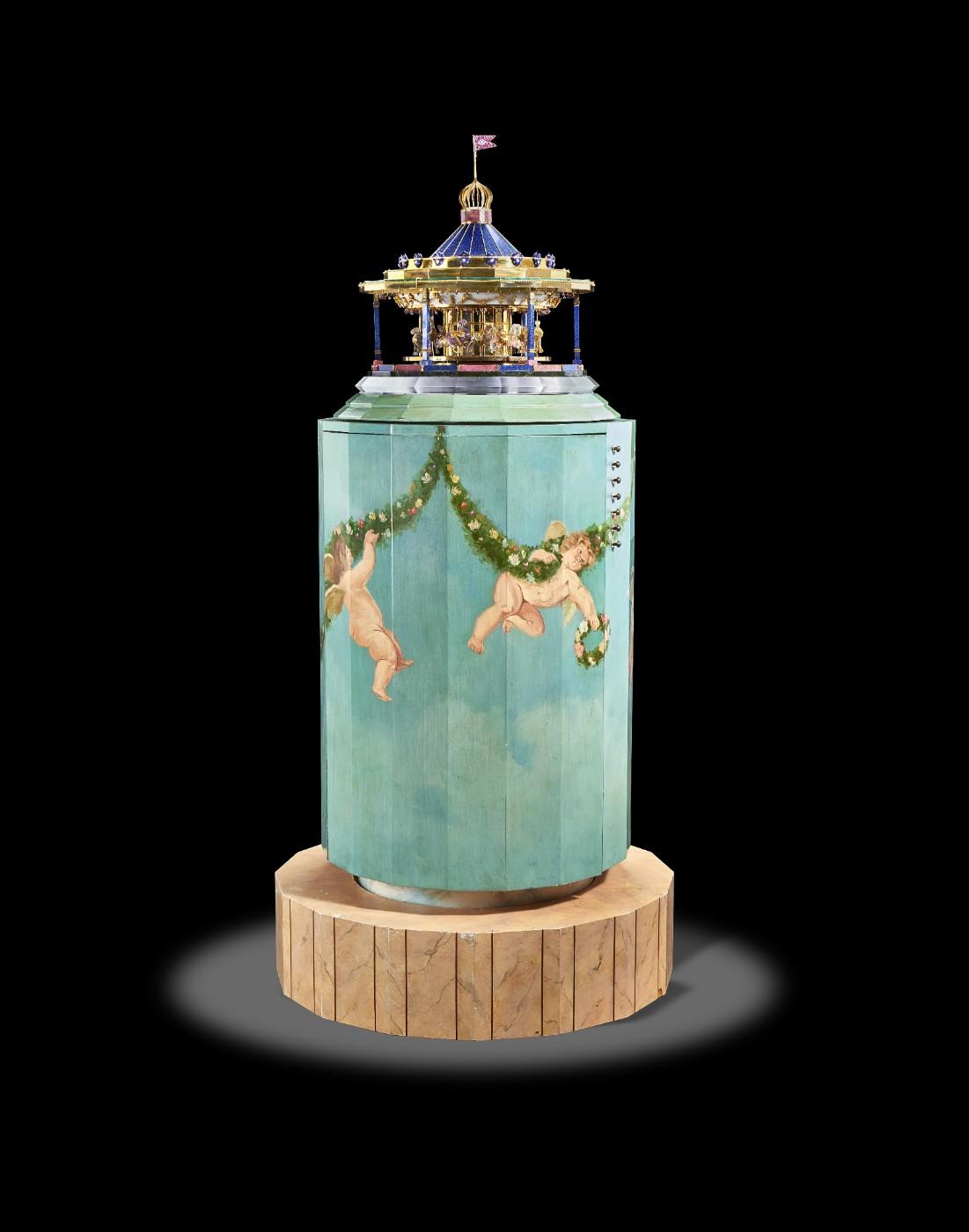 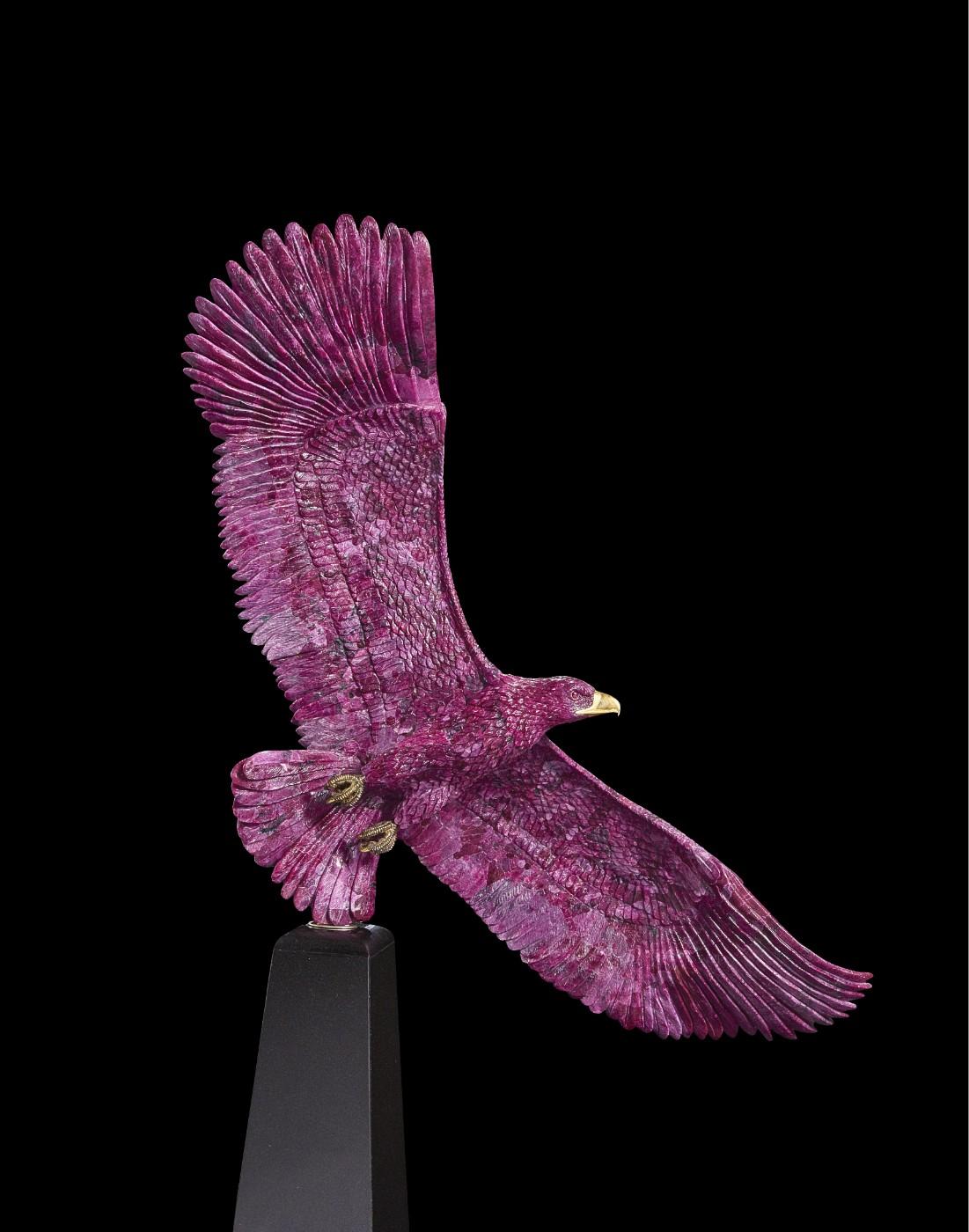 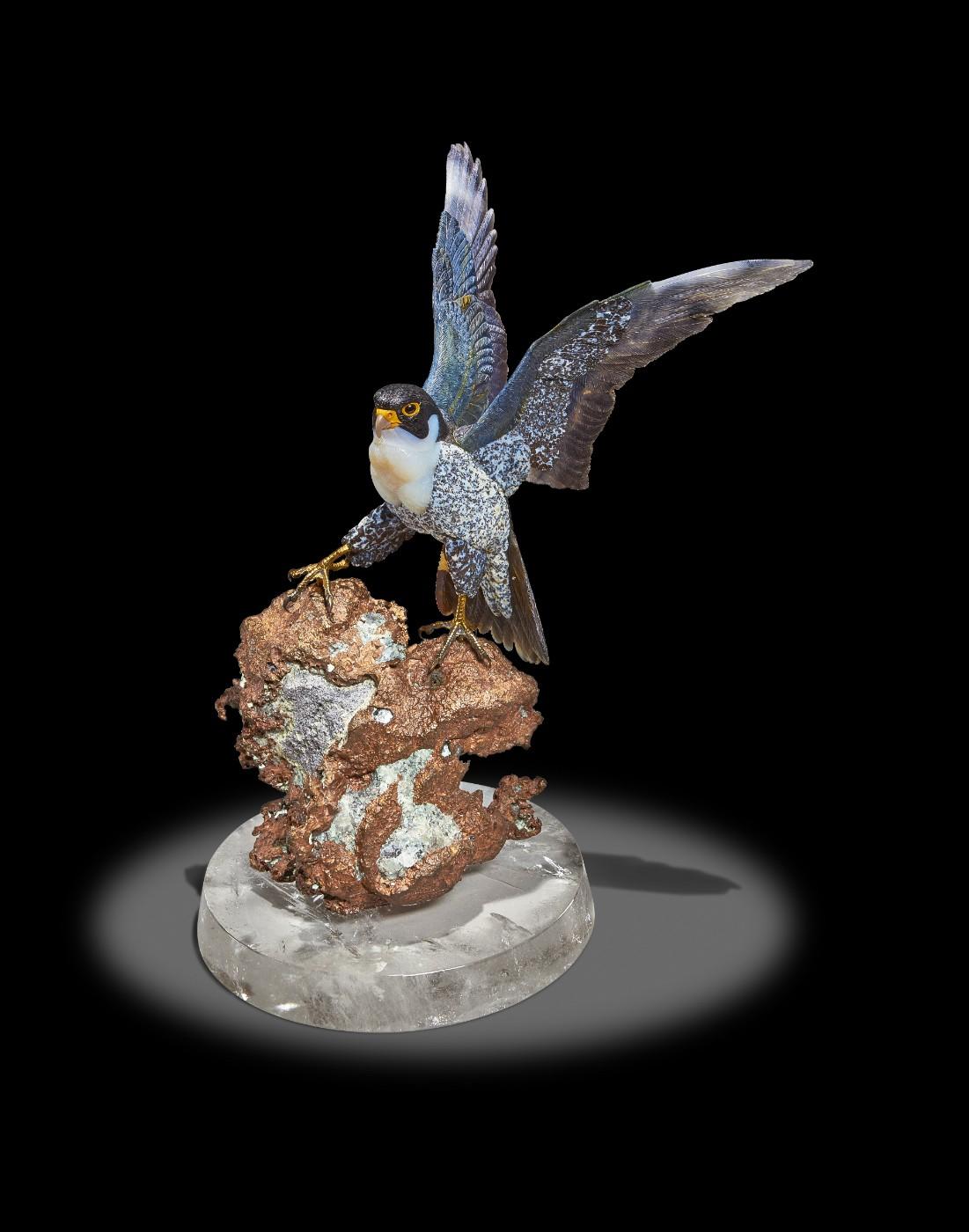 Gerard L. Cafesjian (1925-2013)
Born in 1925 in Brooklyn, New York to Armenian immigrant parents, he first served in the U.S. Navy before attending university where he graduated with joint degrees in Geology and Economics from Hunter College and later a Juris Doctor degree from St. John’s University School of Law.

In 1952, he began what evolved into a four decades-long career with West Publishing Company, the world’s largest publisher of legal materials. Rising through the ranks, he eventually became a member of the Board. It was in this capacity that he initiated a nationally recognized annual art exhibition called “Art and Law” for which he received the prestigious Business in the Arts Award.

Upon his retirement in 1996, he founded the Scottsdale Museum of Contemporary Art in Arizona.  Opened in 1999, it is dedicated to exhibiting modern works of art, design and architecture.

He also established a family foundation that has donated millions to various Armenian charities including a renovation and expansion on a massive staircase with fountains, known as the “Cascade” in downtown Yerevan. This renovation resulted in the creation of the Cafesjian Center for the Arts in Yerevan, Armenia, which opened in 2009.