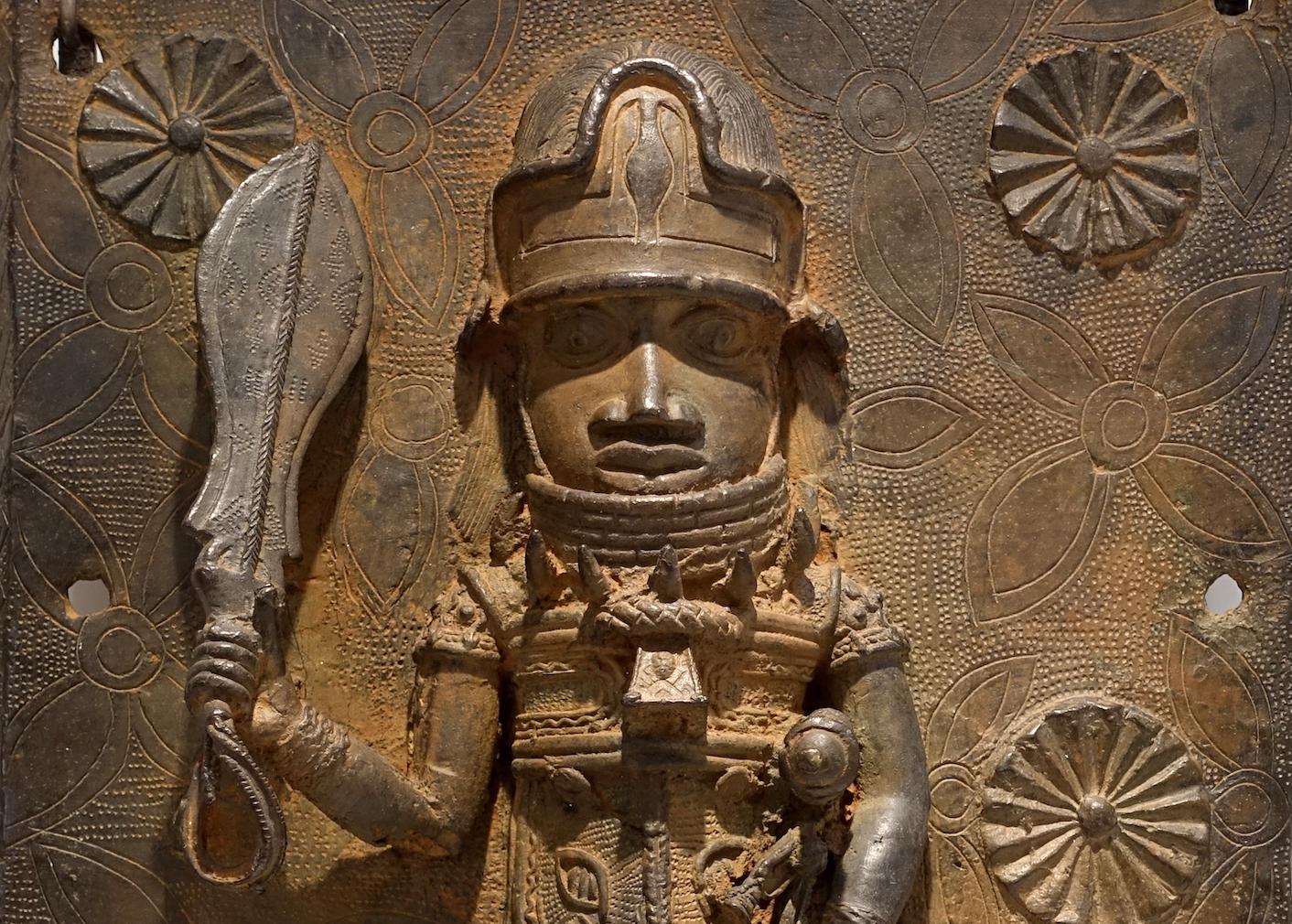 The Benin Bronzes of Nigeria, their provenance, and the possibility of restitution have been making headlines of late. Currently scattered across the world, this collection of a thousand plus statues and plaques was stolen in 1897 from the African Kingdom of Benin, modern-day Nigeria, by British troops. 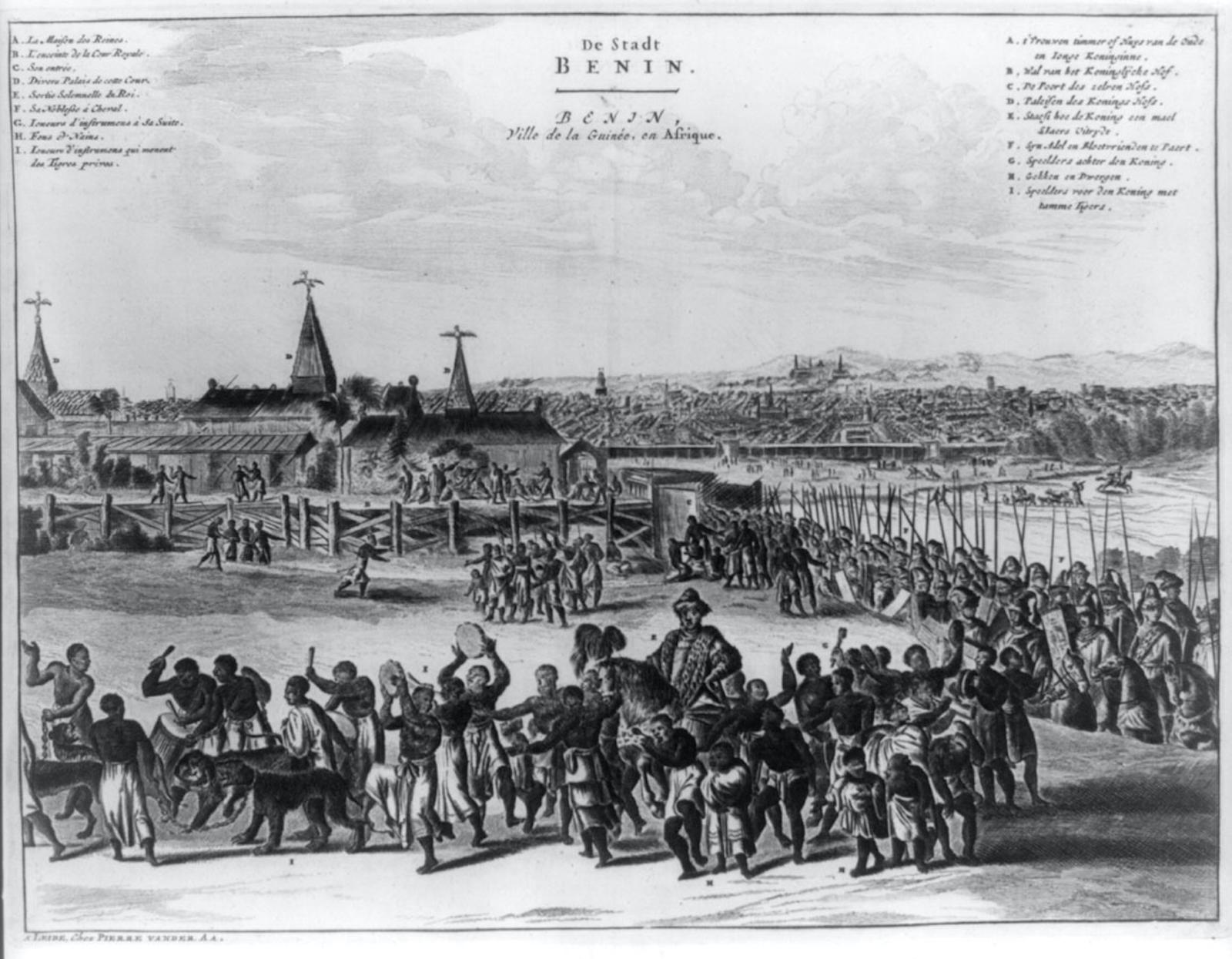 Though referred to as Benin Bronzes, these artworks are actually made of many different materials including wood, ivory, ceramic, and yes—bronze. A little under 200 of these sculptures are portrait busts of the deceased kings, or Obas, of Benin. Some of these date back to the twelfth century.

Plans have been set by German officials to send their share of Benin objects—about 530 artworks, 440 of which are bronzes—to Nigeria for eventual display at the Edo Museum of West African Art. While the museum, which will stand where the Palace of Benin once stood, will not be fully constructed until 2025, a center for study is set to be erected by the end of this year. Though it seems that transference of ownership is expected, nothing has been formally decided.

Governor Obaseki said in a March 18 press release, “Yes, the objects are from Benin but today they are global. So, the idea of having a universal display is something that we cannot run away from.” 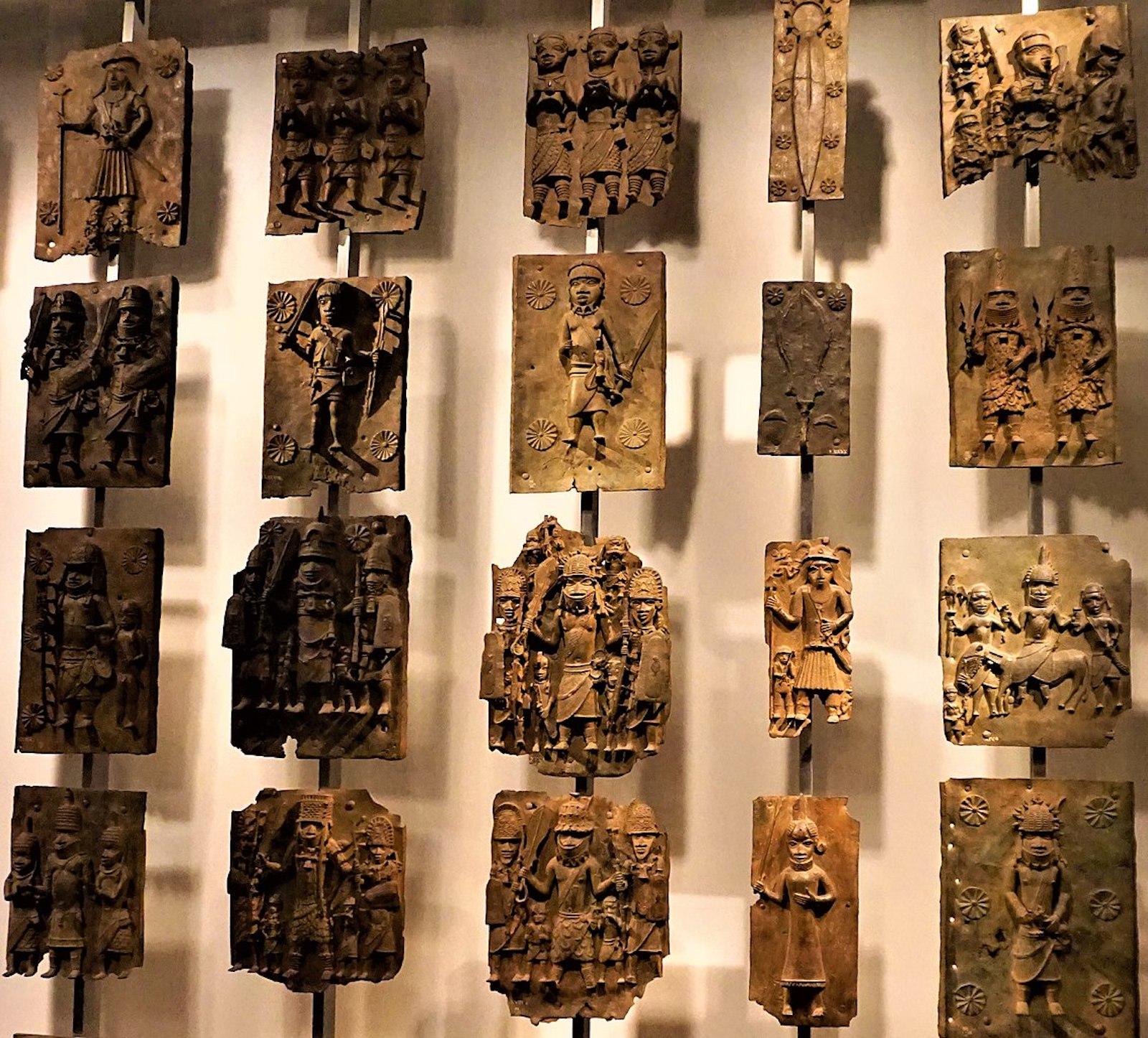 Installation view of Benin Bronzes at the British Museum.

Still, the talks and their possible outcome have drawn the attention of institutions, museums, and governments across the globe. On March 25, The University of Aberdeen announced it would be returning a Benin Bronze to Nigeria within weeks. It will be the first western entity to fully repatriate a Benin Bronze. Talks between the University and Nigerian officials apparently began in 2019.

The British Museum, which currently holds hundreds of these sculptures, has joined a Benin Dialogue Group alongside many other museums to discuss the future of their collections. As with Germany, concrete steps are being taken to loan the objects for study and display. Nothing has been officially decided or announced in regards to repatriation.