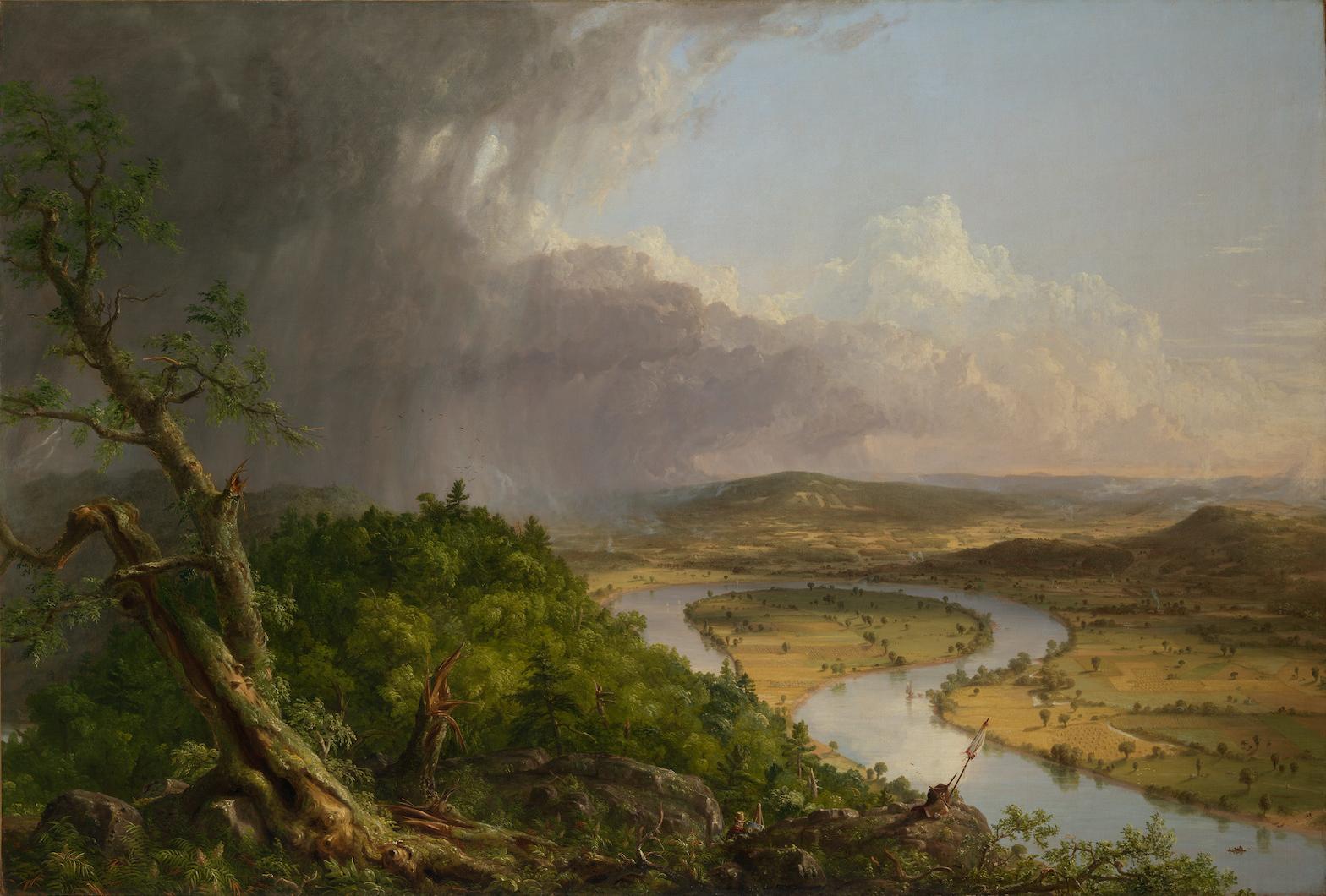 Courtesy The Metropolitan Museum of Art

The May 2021 focus for Reframed is the Hudson River School.

It is fascinatingly unpredictable how some of the biggest brouhahas among cultural critics can be preserved for history, while others are so quickly lost to time.

Take the case of the British naval officer Basil Hall, who in both London and Philadelphia published a scathing takedown of America’s artistic scene in 1829, shortly after being a guest in the country. Hall’s assertion in his screed, “Travels in North America,” that the United States had no original artistic ideas of its own, was a country where “the fine arts are not steadily cultivated,” and its citizens were ignorant of “beauties of nature” all contributed to the flourishing of the Hudson River School, a movement that promoted the painting of the American landscape and inspired Thomas Cole’s 1836 masterpiece The Oxbow.

Cole, who emigrated to America from Britain as a teenager, put days of research into sketching the sumac bushes, elms, and pine trees featured in the imposing fifty-two by seventy-two-inch painting, formally known as View from Mount Holyoke, Northampton, Massachusetts, after a Thunderstorm. 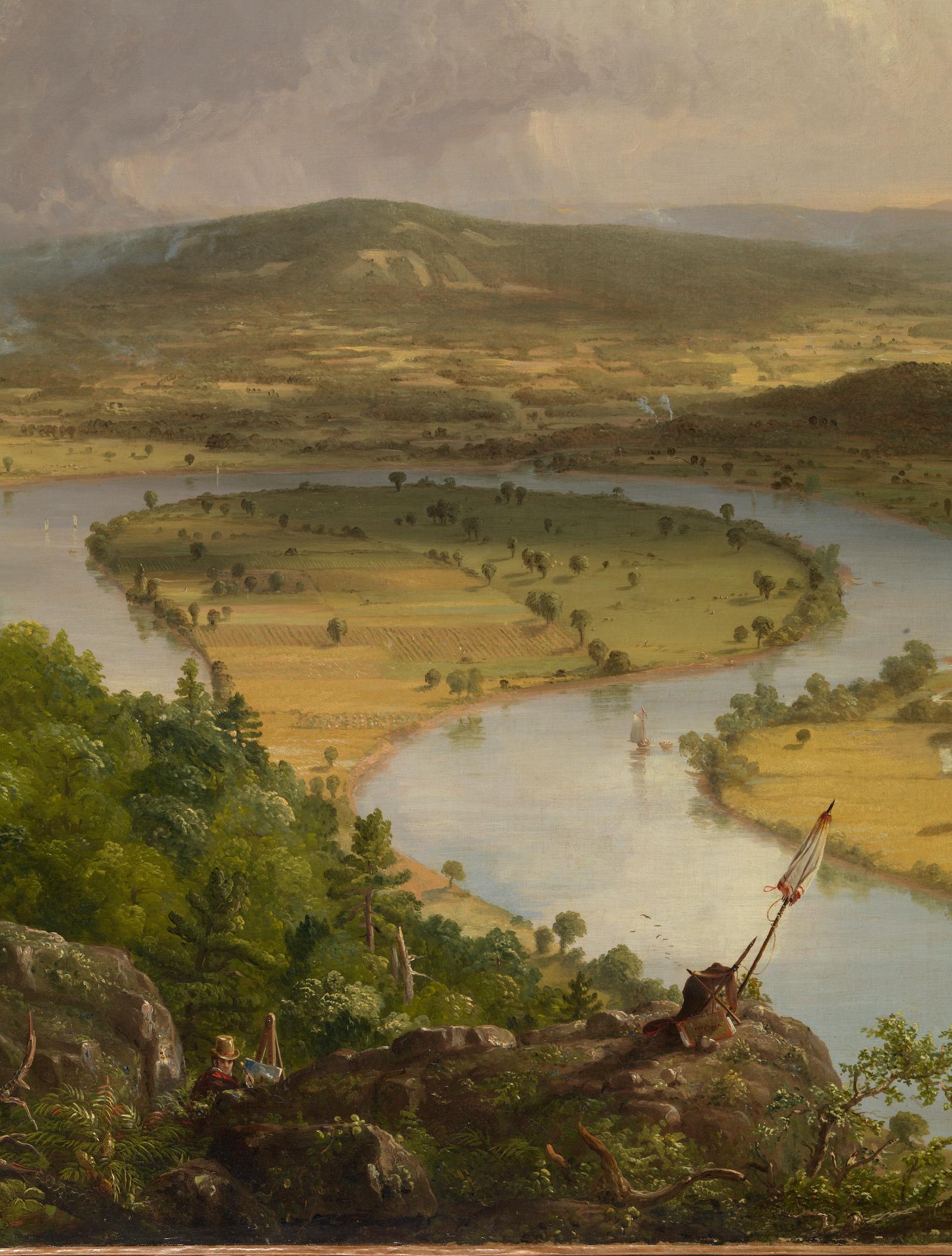 Courtesy The Metropolitan Museum of Art.

The artist wrote in early 1836 to his patron, the New York merchant Luman Reed, that he wanted to “tell a tale” with Oxbow, nicknamed as such for the curve in the painting’s river. Yet Cole’s tale would be neither one of man dominating nature, nor of nature dominating man; rather, it would highlight the pastoral and Arcadian nature of the Hudson River School movement and feature man in harmony with America’s lush landscape.

Though Cole features an artist in the work’s foreground, the figure can easily be missed, so integrated is he into his surroundings.

What of Basil Hall? He faded into obscurity, in keeping with Cole’s nineteenth-century admonishment: “Let such persons shut themselves up in their narrow shell of prejudice.”