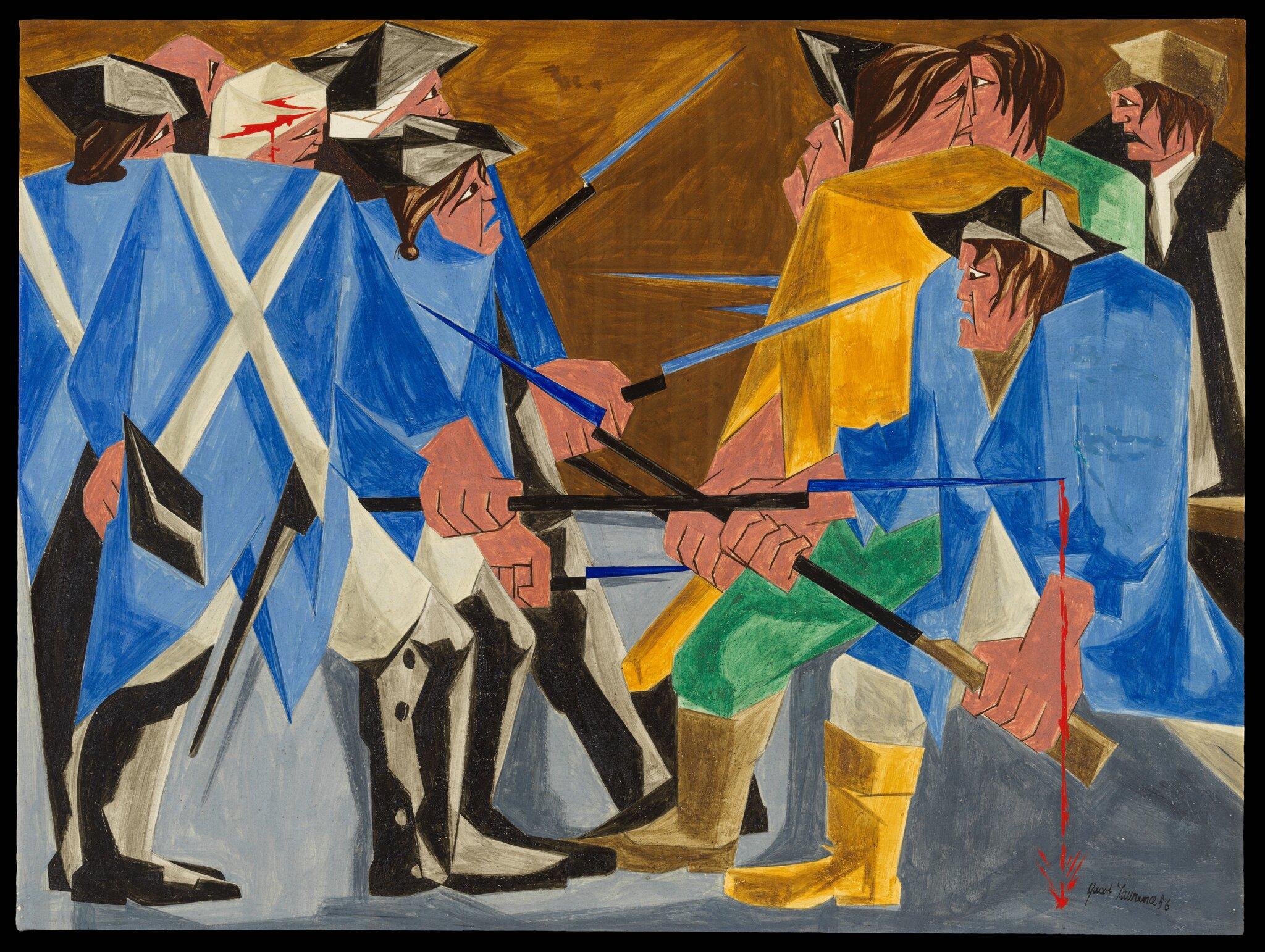 Jacob Lawrence, There are combustibles in every State, which a spark might set fire to. —Washington, 26 December 1786 from the series Struggle: From the History of the American People, 1954–56.

A visitor to the Met's current exhibition, Jacob Lawrence: The American Struggle, suspected that she recognized the works on display. Several of the panels in Lawrence's landmark series depicting early American history were absent, and she thought she just might know the location of one. Her hunch was right, and a key missing painting had been hanging in the Upper West Side home of her neighbors' for decades.

In Struggle: From the History of the American People, Lawrence revisits early American history, reinserting the roles of women and people of color into historical accounts that have traditionally erased their experiences and voices. Created as the Civil Rights movement was just gaining momentum, Lawrence spent years in the stacks at the New York Public Library researching and constructing his timeline. The titles of each of the thirty panels are quotations taken from historical documents that give insights into these moments in history. 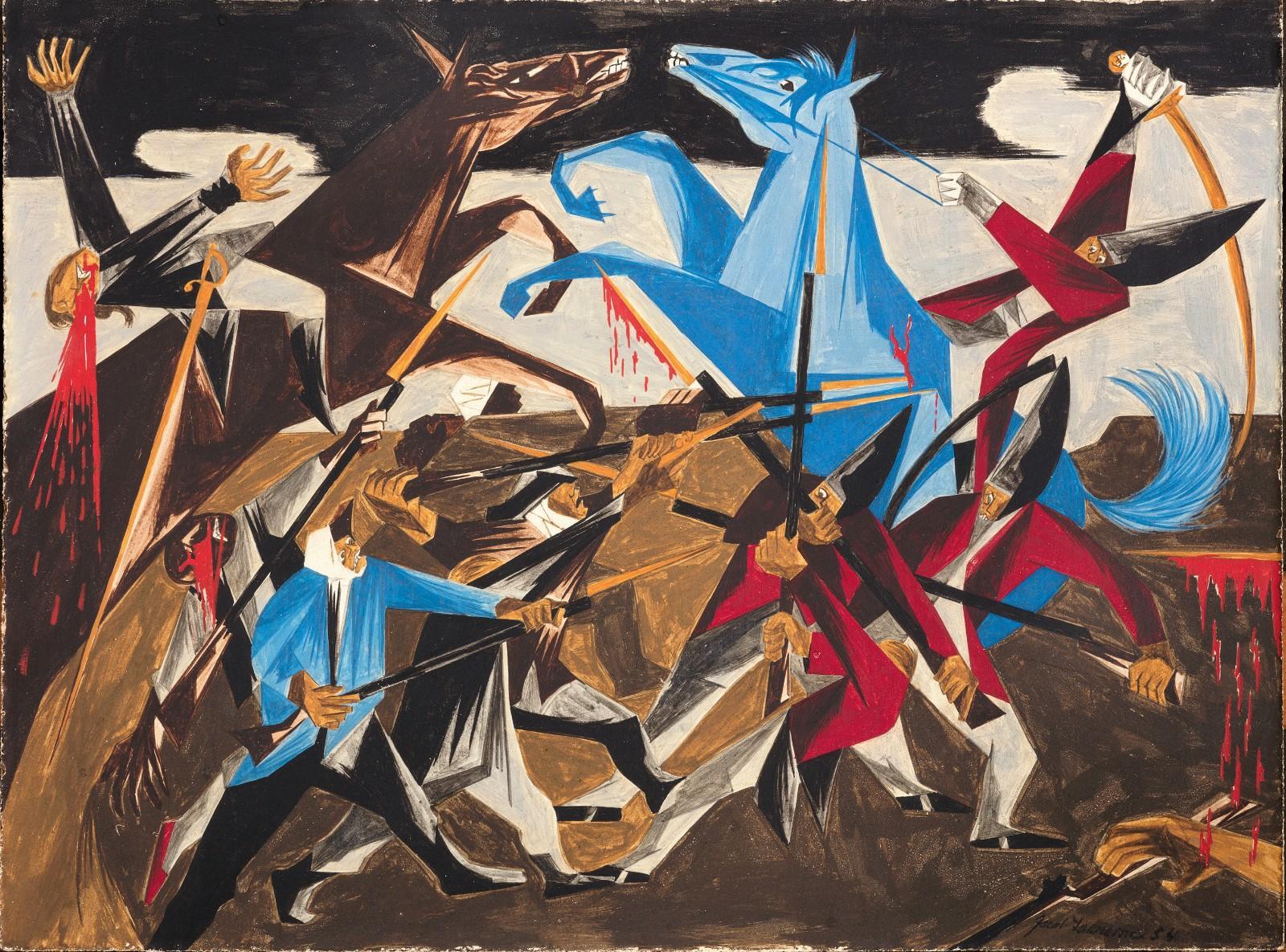 Jacob Lawrence, . . . again the rebels rushed furiously on our men.—a Hessian soldier, Panel 8, 1954, from Struggle: From the History of the American People, 1954–56. Egg tempera on hardboard. Collection of Harvey and Harvey-Ann Ross.

The rediscovered painting, numbered sixteen out of thirty, is titled There are combustibles in every State, which a spark might set fire to. —Washington, 26 December 1786 and depicts Shays' Rebellion. An uprising of farmers against taxation in post-Revolutionary Massachusets, the rebellion would impact the writing of the U.S. Constitution. Lawrence's iconic style, which he called "dynamic cubism," infuses the scene with energy, the men's sharp bayonet's drawing our attention at the center of the composition. 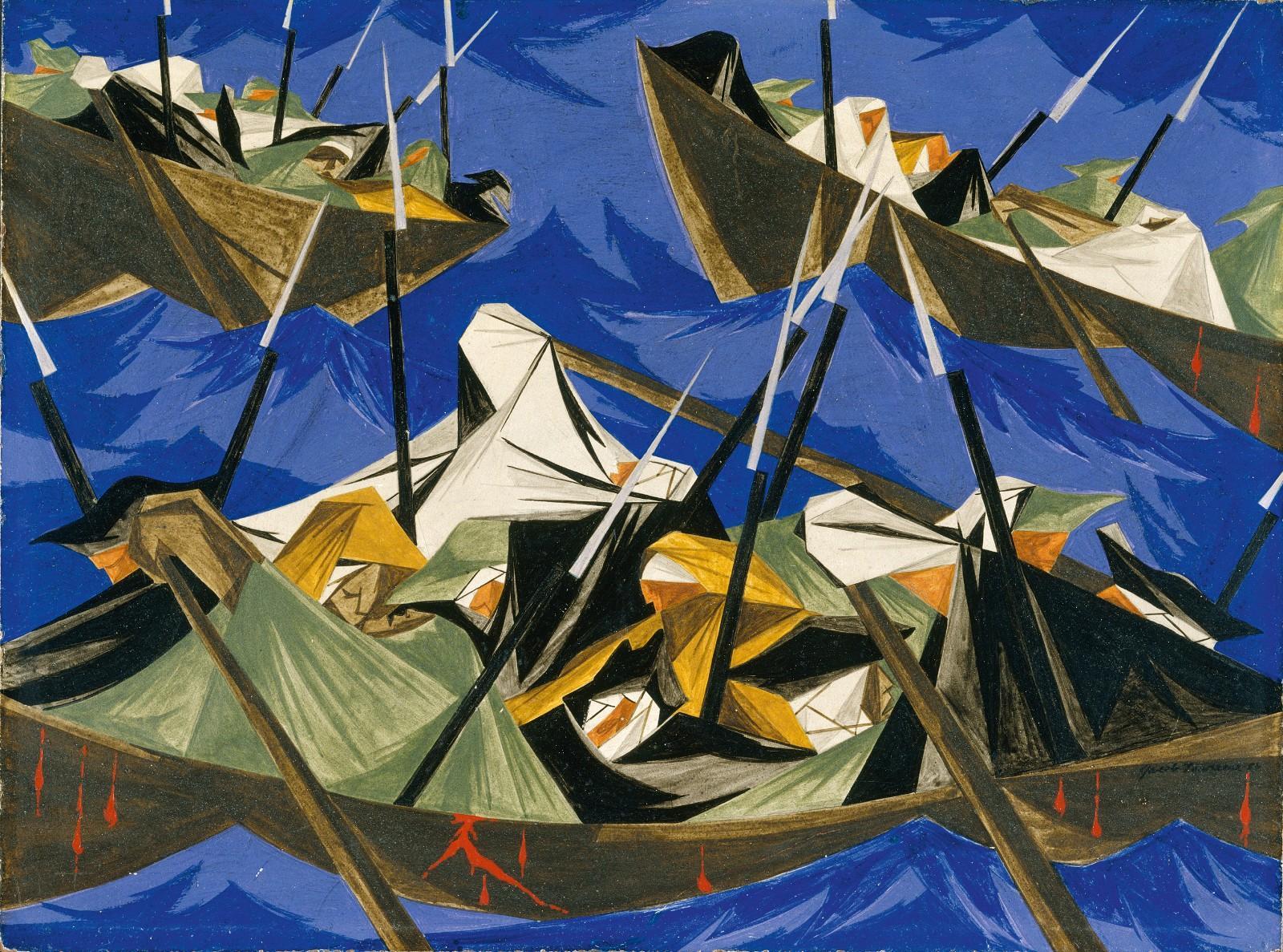 Jacob Lawrence, We crossed the River at McKonkey’s Ferry 9 miles above Trenton. . . the night was excessively severe . . .which the men bore without the least murmur . . . —Tench Tilghman, 27 December 1776, Panel 10, 1954, from Struggle: From the History of the American People, 1954–55. Egg tempera on hardboard. The Metropolitan Museum of Art, purchase, Lila Acheson Wallace Gift, 2003.414.

“Lawrence’s dynamic treatment of the 1786–87 Shays’ Rebellion reinforces the overall theme of the series—that democratic change is possible only through the actions of engaged citizens, an argument as timely today as it was when the artist produced his radical paintings in the mid-1950s,” said Randall Griffey, Curator in the Department of Modern and Contemporary Art, and Sylvia Yount, Lawrence A. Fleischman Curator in Charge of the American Wing, who co-organized The Met’s presentation of the exhibition. “It was our fervent hope that the missing panels would somehow surface during the run of American Struggle in New York, the city where Lawrence spent most of his life and where the series was last seen publicly.” 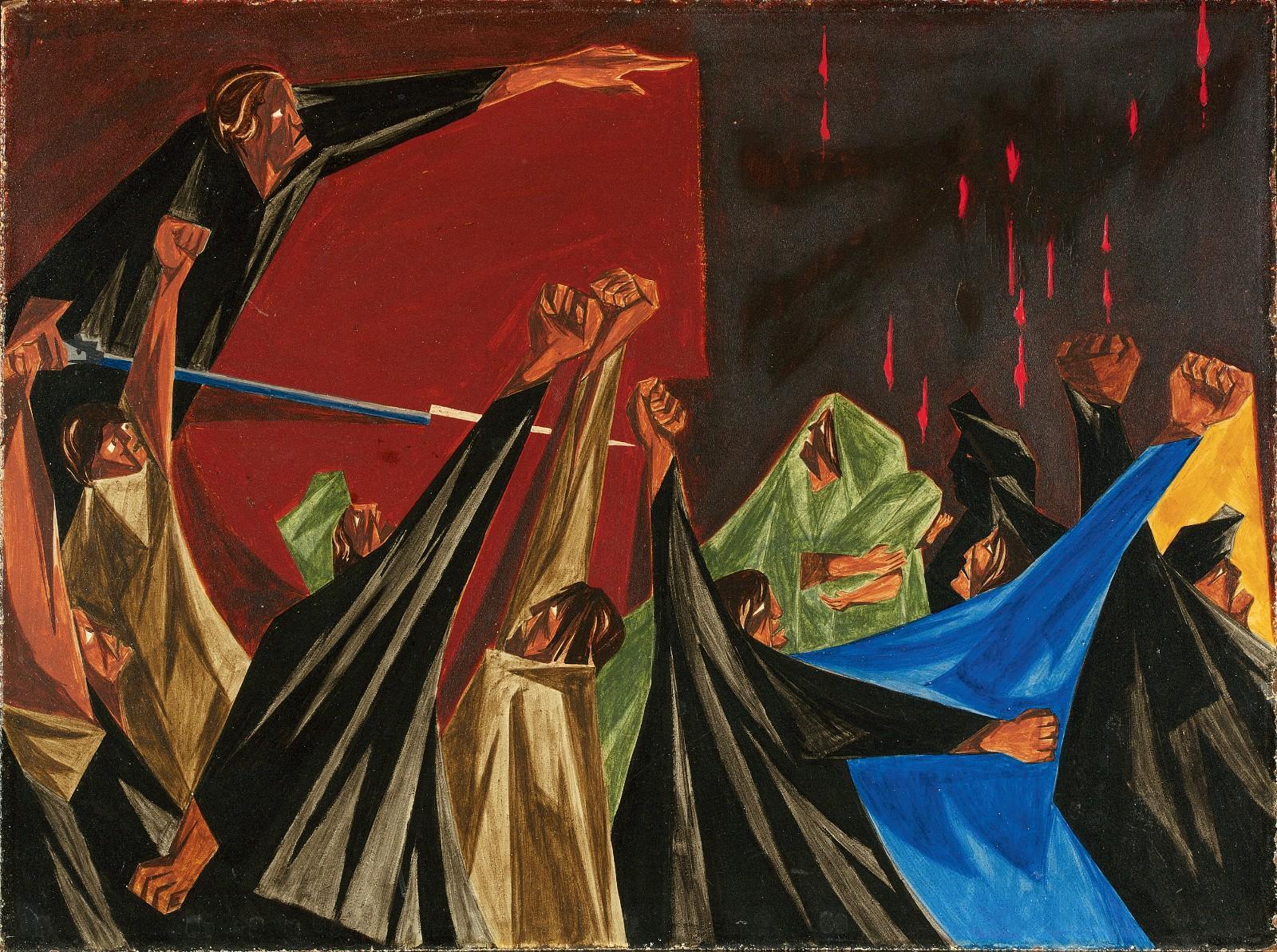 Jacob Lawrence, . . . is life so dear or peace so sweet as to be purchased at the price of chains and slavery?—Patrick Henry, 1775, Panel 1, 1955, from Struggle: From the History of the American People, 1954–56. Egg tempera on hardboard. Collection of Harvey and Harvey-Ann Ross.

In an interview with The New York Times, the owner of the painting, who bought it at a friend's charity auction in 1960, said, “The painting has been hanging in my living room for sixty years untouched.” She added that she was happy to share the work with the public. Last week, the painting joined the rest of the series on display at The Met, where it will hang until November 1. The exhibition, organized by the Peabody Essex Museum, will then travel to venues in Birmingham, Seattle, and Washington, D.C., through next fall.