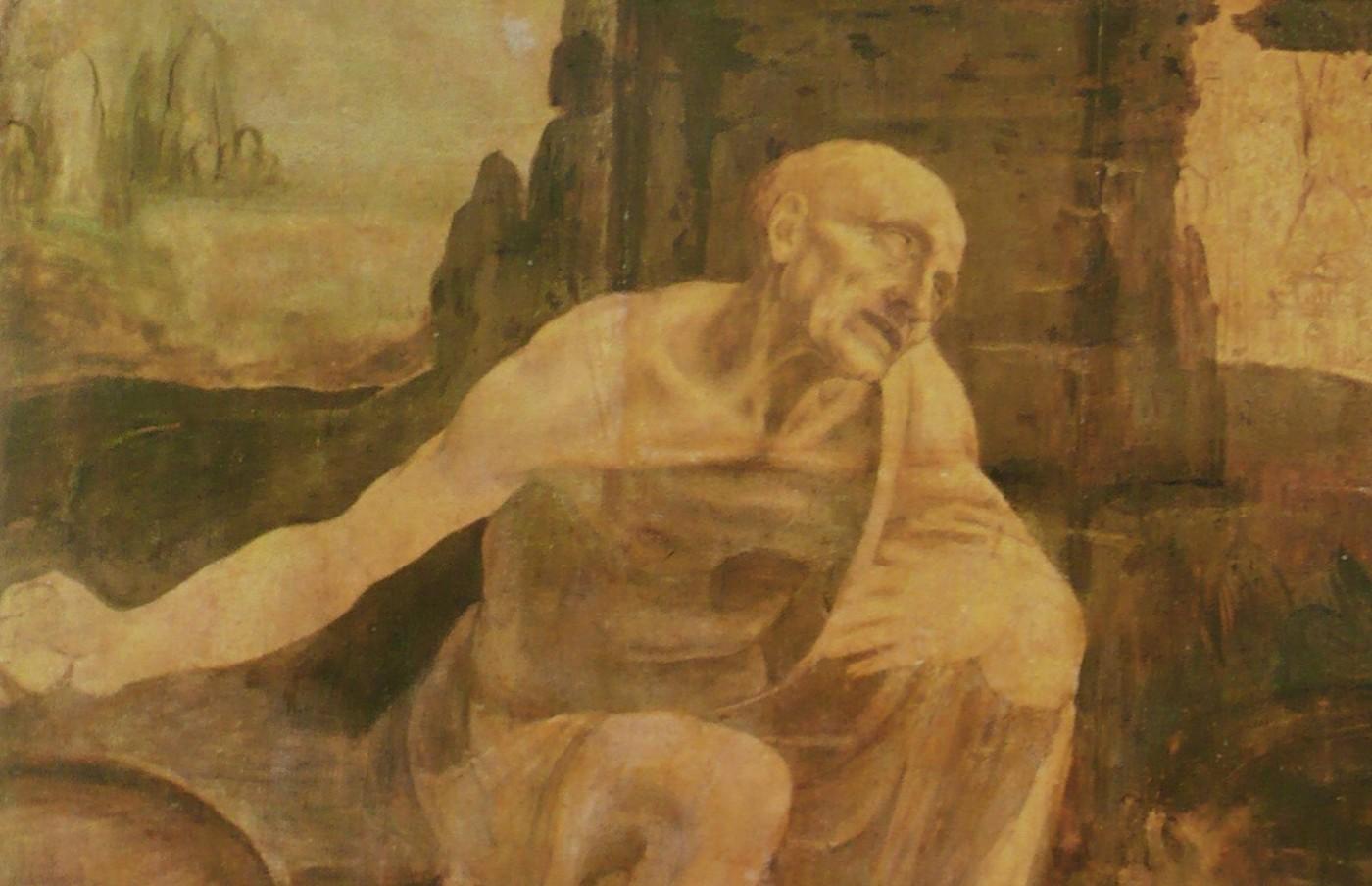 Museums around the world marking the 500th anniversary of  Leonardo da Vinci’s (1452–1519) death this year with special exhibitions and programs honoring the quintessential Renaissance man. 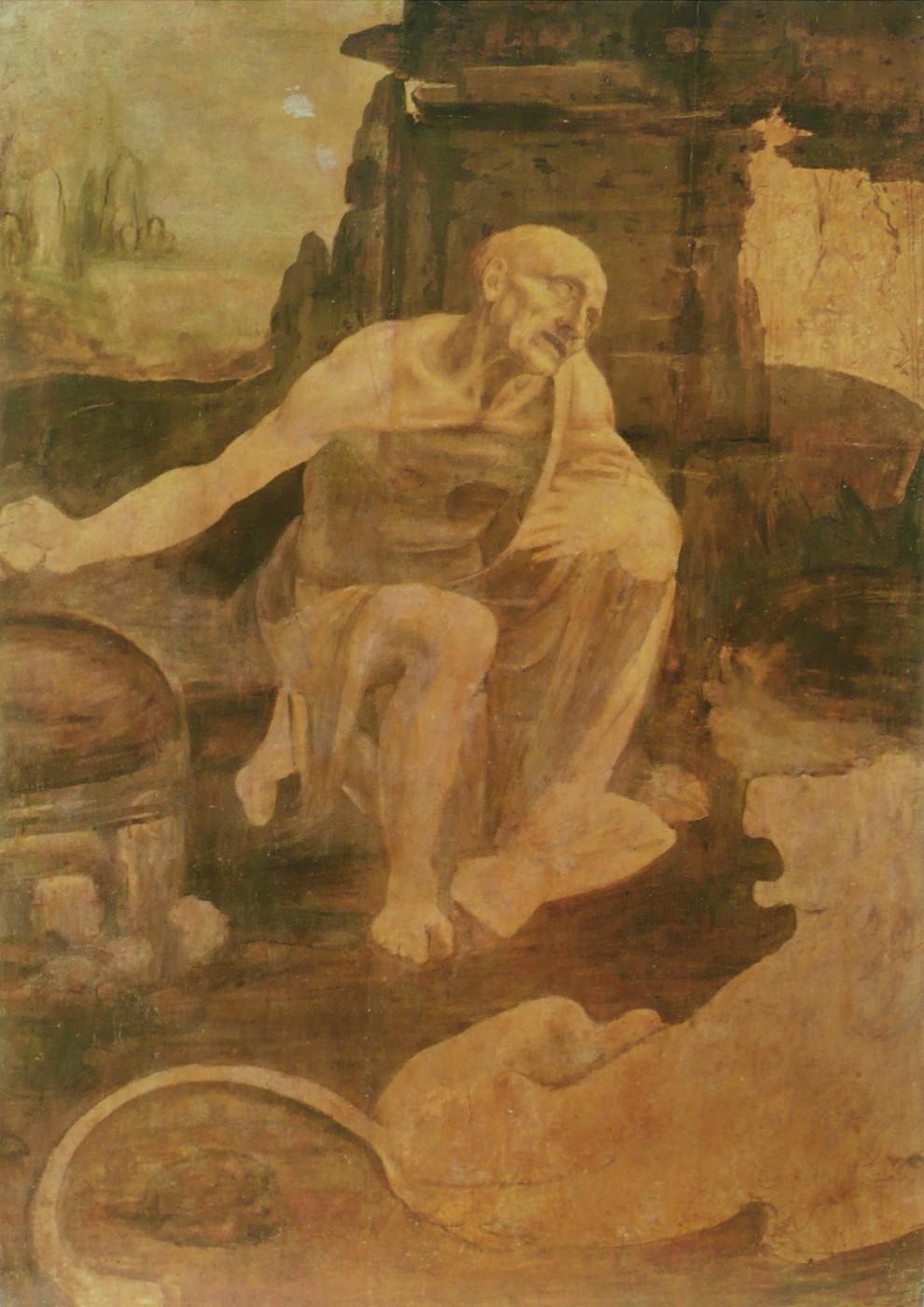 Beginning this week, the Metropolitan Museum of Art will display the da Vinci masterpiece Saint Jerome Praying in the Wilderness, on special loan from the Vatican Museums. Begun in 1483, the painting shows Saint Jerome (c. 347 - 420) living as a hermit in the Syrian desert, clutching a rock used to beat his chest in penance.

Best known for his translation of the Bible into Latin, called the Vulgate, Saint Jerome was a biblical scholar and theologian. Upon his conversion to Christianity, Saint Jerome retreated to the desert for four years to devote himself to his studies, live a hermetic life, and bring himself closer to Christ’s teachings. According to legend, Jerome once removed a thorn from the paw of a lion, earning the beast’s devotion. The lion is often shown in depictions of Jerome, including da Vinci’s, where he sits at the anguished saint’s feet.

The unfinished painting shows the touch of the Renaissance master in several ways. Because the work is not completed, it gives us insight into da Vinci’s process, how he built up his canvases to create his works. Saint Jerome also gives us a rare brush with da Vinci through the artist’s fingerprints, which scholars have found embedded in the paint. Showing the literal touch of the genius, this subtle reminder da Vinci’s humanity helps us see beyond his incredible fame and legacy to the actual man behind the works. 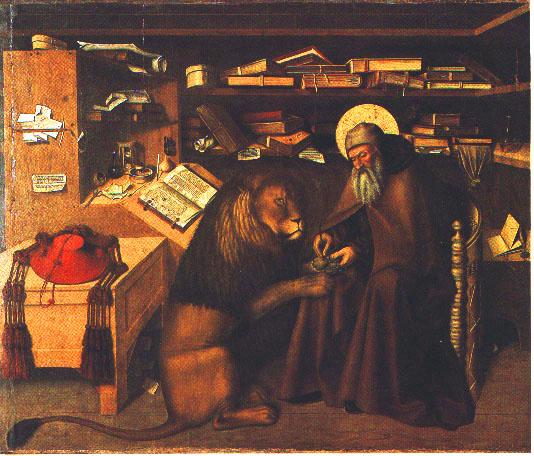 Niccolò Antonio Colantonio, Jerome in his Study, circa 1440-1470

Acquired by Pope Pius IX during the 19th century, the work was once owned by Napoleon’s uncle, Cardinal Joseph Fesch. Fesch had to reassemble the painting from scattered pieces, including a portion he found being used as a wedge for a shoemaker’s bench. The painting was once rumored to have belonged to the British painter Angelica Kauffman (1741-1807), though scholars have recently discounted this theory.

The loan of Saint Jerome Praying in the Wilderness is due perhaps to good relations built between the two museums by the huge success of last year’s Heavenly Bodies: Fashion and the Catholic Imagination exhibit. The Met’s most popular exhibit to date, Heavenly Bodies brought in over 1.6 million visitors. Saint Jerome rarely leaves the Vatican Museums, and this rare chance to see it in America extends through October 6, 2019.