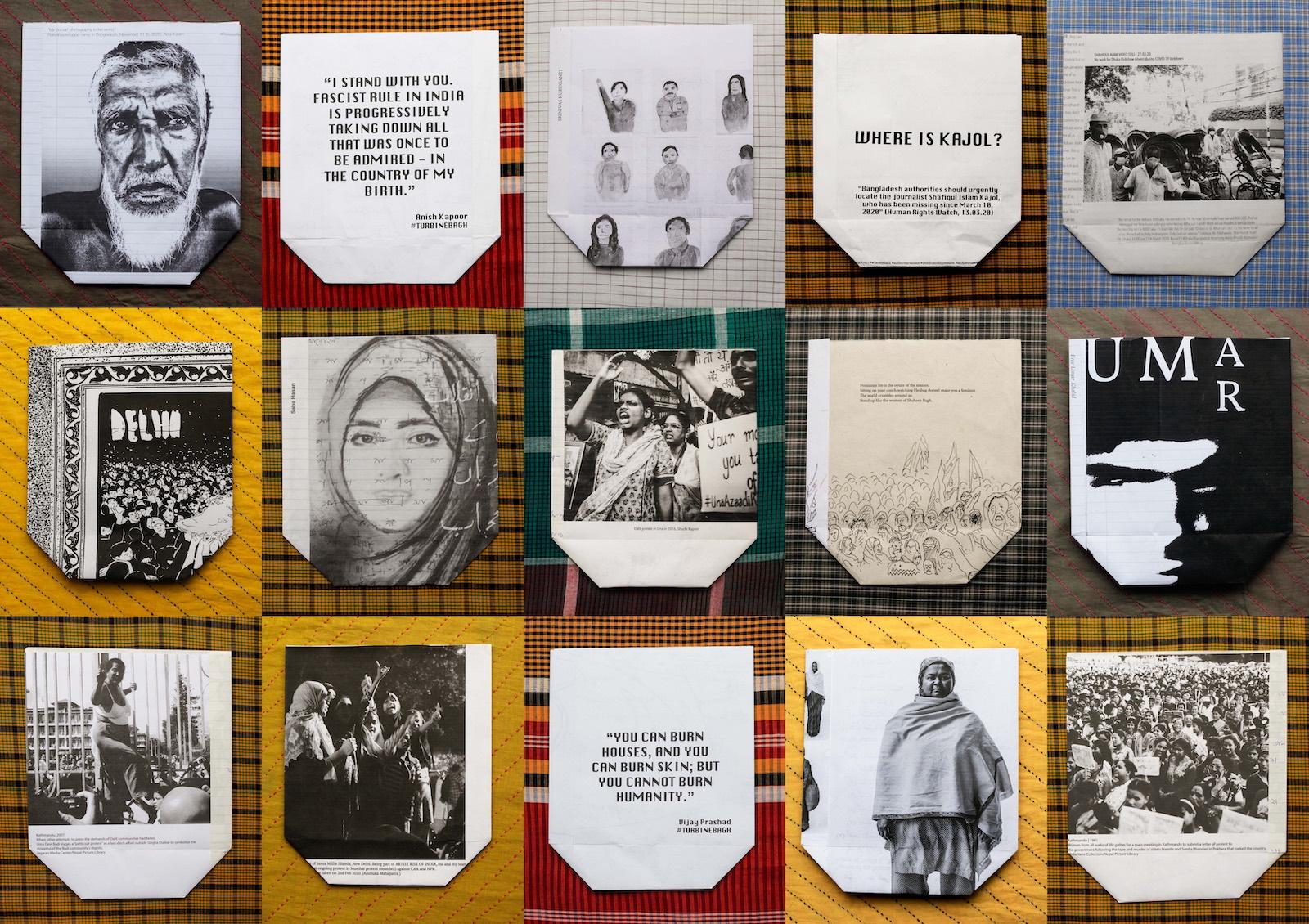 In March 2021, the Victoria and Albert Museum in London announced the artists shortlisted for this year’s Jameel Prize, the international award for contemporary art and design inspired by Islamic tradition. The Prize, a collaboration that started in 2009 between the V&A and Art Jameel, will be awarded in September 2021 to one of eight artists—Golnar Adili, Hadeyeh Badri, Kallol Datta, Farah Fayyad, Ajlan Gharem, Sofia Karim, Jana Traboulsi, and Bushra Waqas Khan—selected among 400 applications. This year’s artists come from many different countries—India, Lebanon, Iran, Pakistan, Saudi Arabia, the UAE, and the UK—and a variety of artistic backgrounds. The art presented includes design, fashion, typography, textiles, installations, and activism and engages with contemporary political issues, families’ history, religion, and the legacy of languages.

Art & Object interviewed one of the finalists, the British architect, artist, and activist Sofia Karim, and asked what this nomination means for her. “The Jameel prize nomination is an important recognition in terms of highlighting our cause to mainstream, international audiences. We need to reach these audiences. Most urgently, we need traction on Turbine Bagh campaigns for political prisoners. It's a matter of life and death. Each day of their incarceration, or disappearance, is a day too long.” Turbine Bagh is a joint artists’ movement against fascism and authoritarianism that focuses on India and Bangladesh. The name is a reference to Shaheen Bagh, the largest women-led resistance movement of our time that occurred in Delhi between December 2019 and March 2020. The protests were a response to the Citizenship Amendment Act (CAA) of 2019 that openly discriminates against Muslim minorities who want to apply for Indian citizenship. 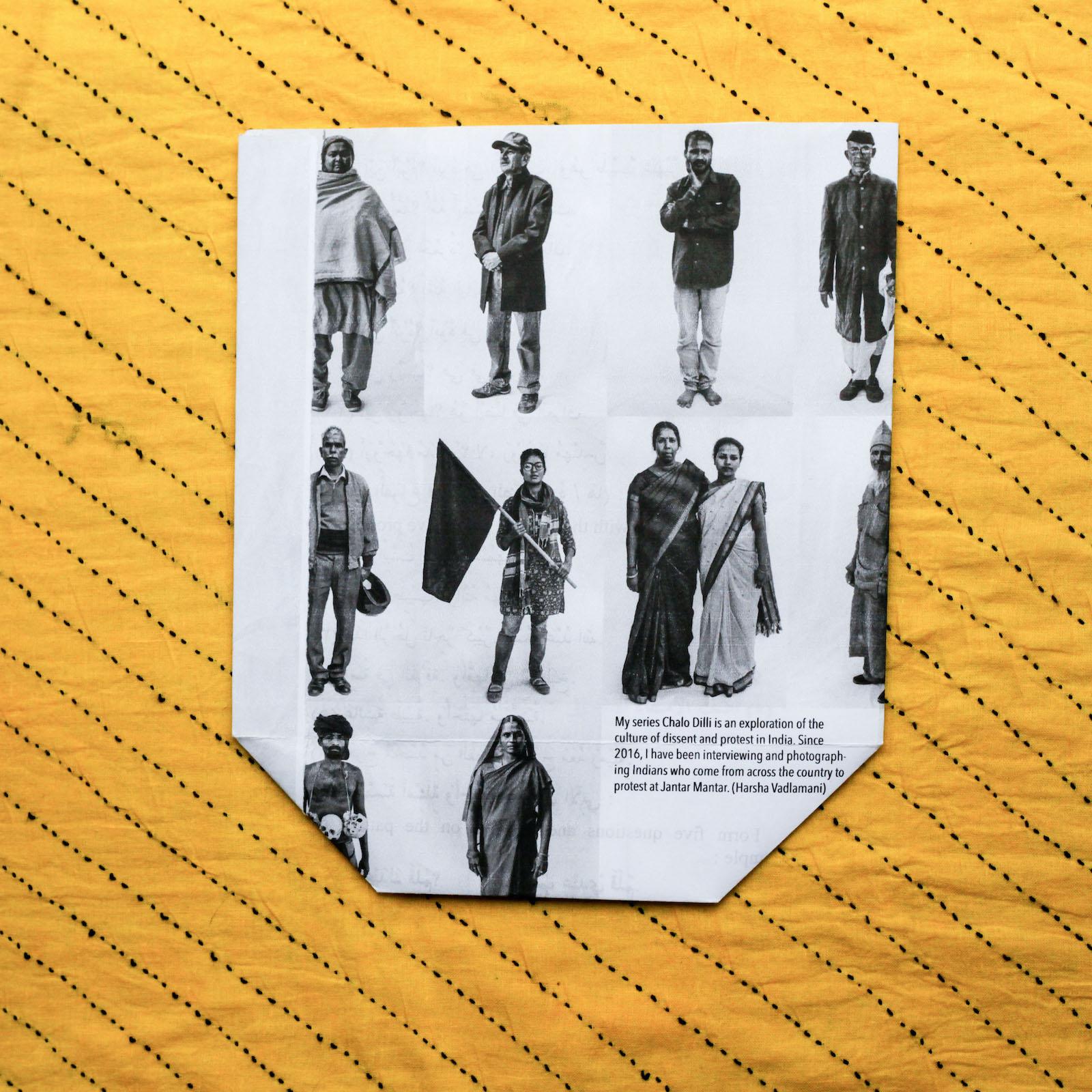 Samosa Packet on the culture of dissent and protest in India. Designed and made by Sofia Karim using photographs by Harsha Vadlamani from his ‘Chalo Dilli’ series. Part of Sofia Karim’s Turbine Bagh project, 2019-ongoing.

Karim’s dedication to Turbine Bagh is not only artistic but deeply personal. Her uncle, the Bangladeshi photographer Shahidul Alam, was arrested in August 2018 after having criticised his country’s government during an interview with Al Jazeera. “The UK and its allies are often complicit in many of the things we are fighting against whilst the public follows constructed narratives without rigor,” she explains. “They will talk about China, Iran, or Russia in terms of repression but when it comes to India the chat is all yoga and meditation. They [...] seem to have little awareness of Hindu, or Buddhist nationalism.” Alam was granted bail in November 2018 after the Bangladeshi government received pressure from humanitarian organisations, news media, and intellectuals from all over the world.

Karim was shortlisted for the Jameel Prize for Turbine Bagh which includes the installation Samosa Packets, a collection of paper bags crafted from photographs, poems, and newspapers that aim to create awareness on specific political issues such as feminism, Nepal’s women resistance, and the CAA. Traditionally, samosa packets are crafted with discarded papers and quickly thrown away. The purpose of Karim’s samosa packets is the opposite: these packets are to be seen and acknowledged. The packaging becomes, for once, more important than the content. “My family—three generations of us—are part of this work. Everything was made in my mother’s house whilst cooking, childcare, and daily comings and goings continued. The Free Shahidul campaign meetings for my uncle also happened in that house. My work, family, and activism are all combined.” Yet, it is not only a family affair. International figures such as British sculptor Sir Anish Kapoor, Indian author Arundhati Roy, and actress Sharon Stone, among many others, have supported Turbine Bagh and the Samosa Packets movements. 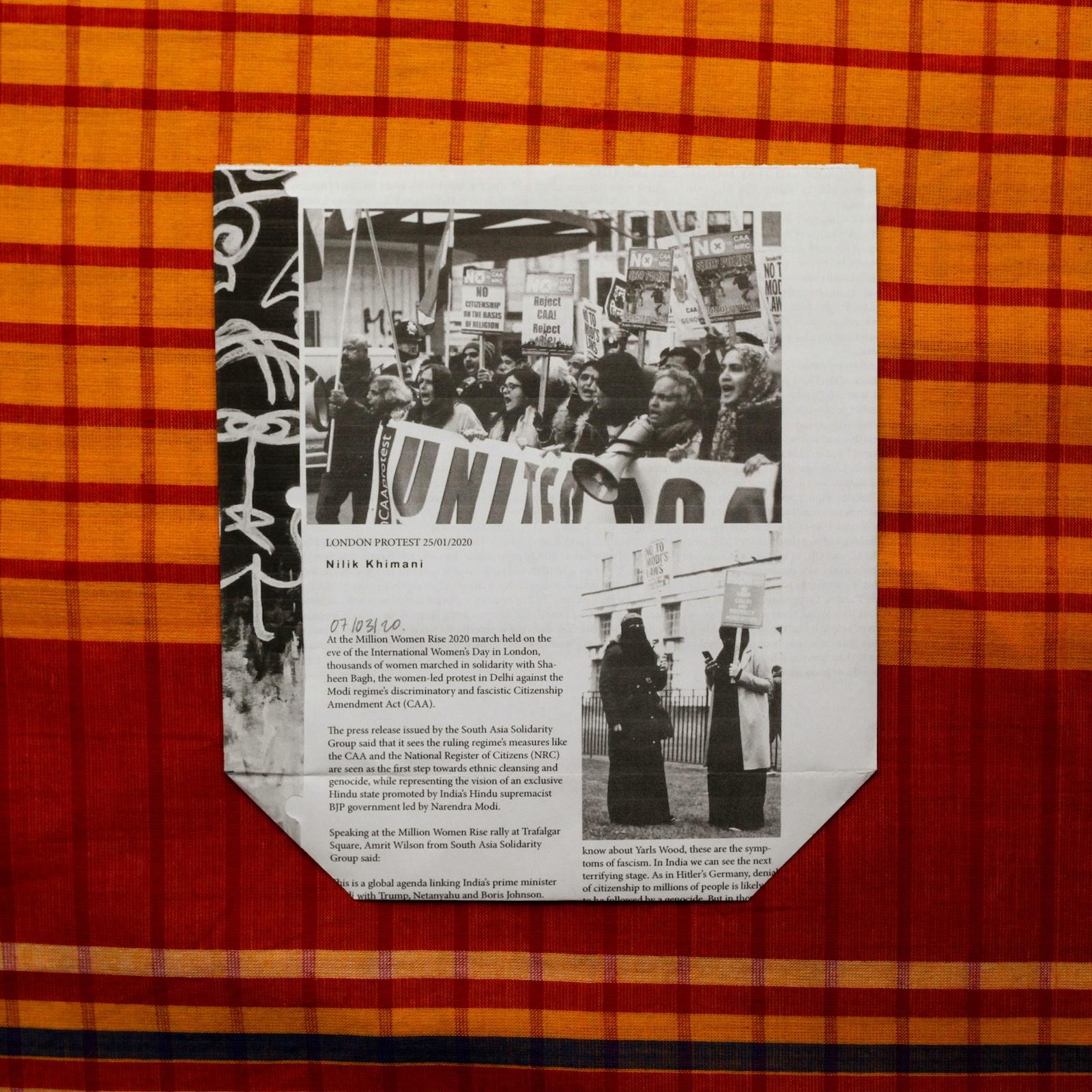 Talking with Karim is compelling and eye-opening. There is no room for apathy, indecision, or stillness. Our moral stance is questioned, just like our comfortable assumptions about the role of art in the world. Can art be a safe space, a space for freedom, for those who make it as well as for those who experience it? Can it be a refuge from the horrors of the world? Karim has no doubts: “Art of dissent has always existed [...] and the oppressed have always expressed their suffering and fought against it through art. Injustice in our world is often rationalized by a cruel logic, required to buy our acceptance and uphold the position of those in power. Art is a refusal of that. It gets into the folds between logic and disrupts. And hence it is a thorn in the side of power.”

Jameel Prize: Poetry to Politics is on at the V&A in London from 18 September until 28 November 2021.