Filmmaker Ondi Timoner
on Mapplethorpe and
her Life in Film 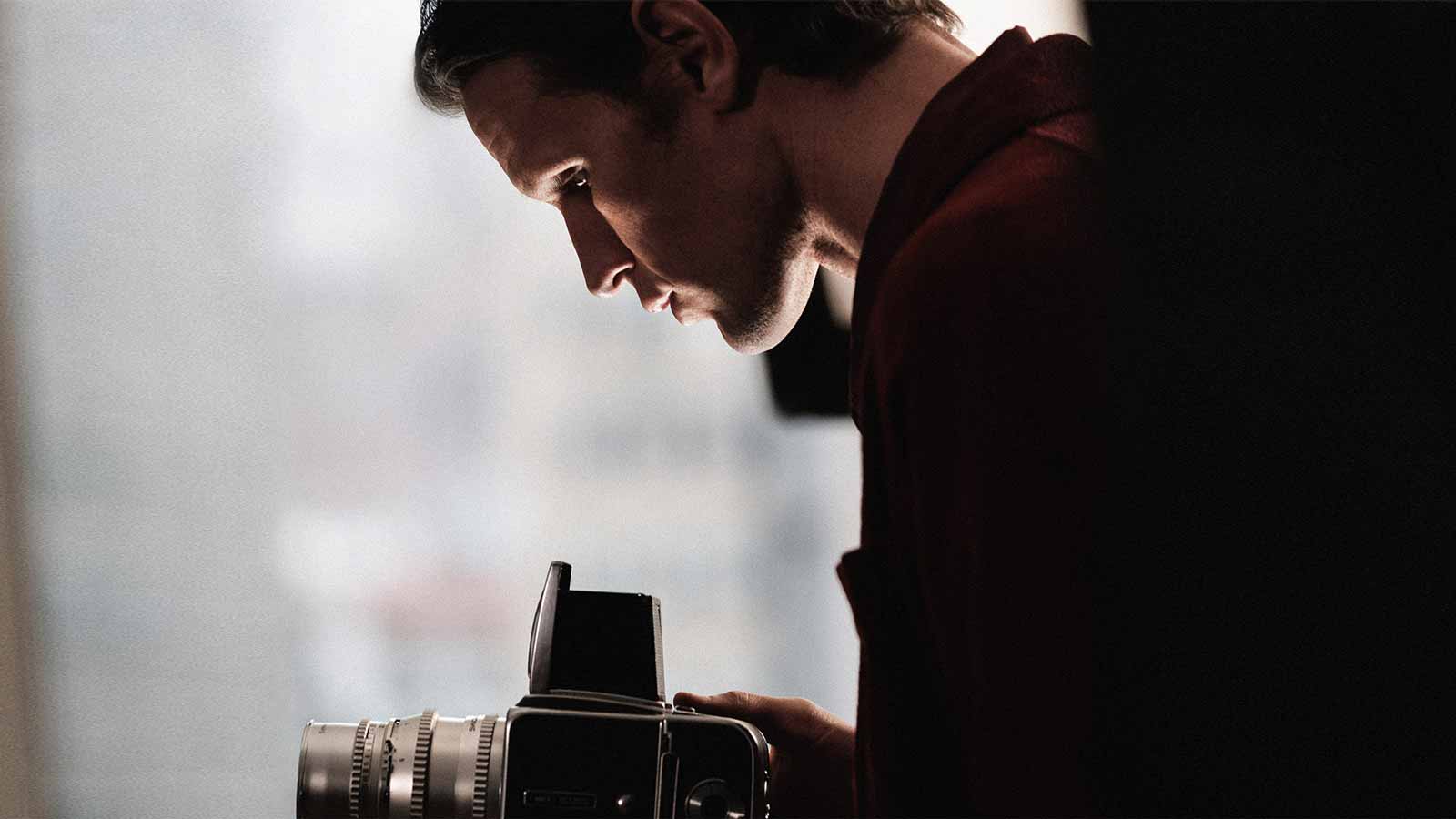 The award-winning documentary filmmaker brings Robert Mapplethorpe to life in the first feature-length film about the provocative artist. 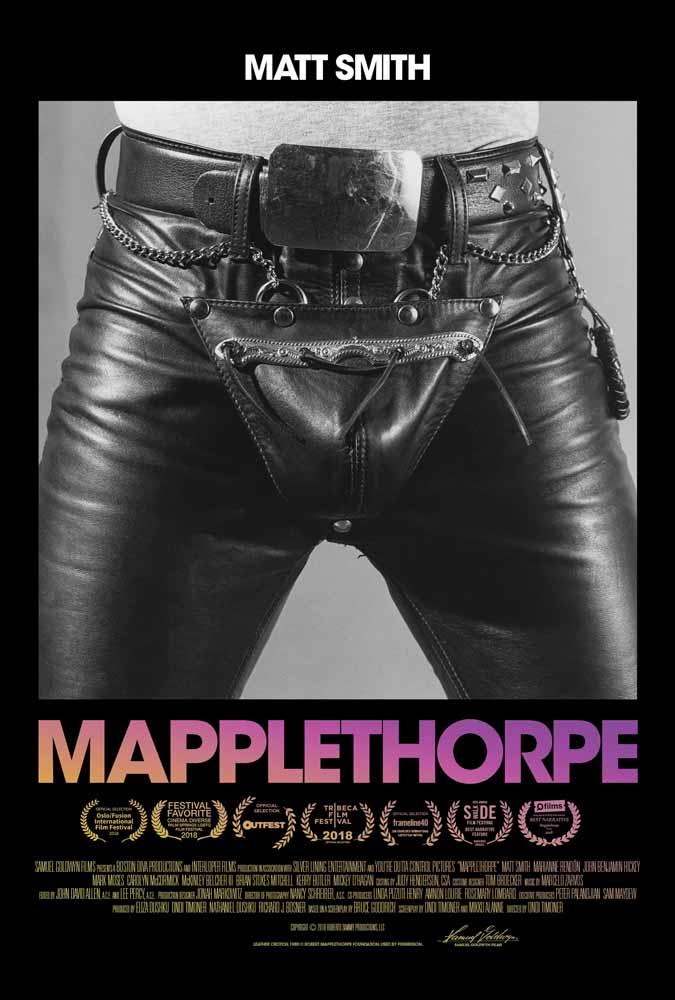 “Giving voice to the voiceless is what married me to documentary … making sure that we hear the truth and question the truth.”

“I wanted to create an anthem for artists,” Ondi Timoner explains to Art & Object as her motivation for making Mapplethorpe, a biographical drama about one of the most daring and controversial artists of our time. Signing Matt Smith (Doctor Who and The Crown) for the starring role of Robert Mapplethorpe was a coup for Timoner, previously known for her documentary work. She is the only two-time recipient of the Sundance Film Festival’s Grand Jury Prize for documentaries, Dig! (2004), and We Live in Public (2009). Both films were acquired by New York's Museum of Modern Art for their permanent collection.

Timoner faces her life and work with fearless, full-frontal honesty, elements she shares with her most recent subject, Robert Mapplethorpe. She received her first camera in 1992 at the age of nineteen as a gift and took off on a road trip with her brother across the U.S., interviewing people along the way. In the process she became “infected by the power” that a camera bestows on the person behind the lens. Though she was a student at Yale at the time, the university had no film production major, so Timoner convinced the faculty to accept a filmic exploration about transgressive women in American society for her senior seminar. That work, shot primarily in a Connecticut prison, culminated in her first film, Nature of the Beast, a documentary tracing the tragic trajectory through the criminal justice system of Bonnie Jean Foreshaw, an African American woman sentenced to forty-five years without parole for first-degree murder. Though Foreshaw was released in 2013 after serving twenty-seven years, its themes continue to resonate today. By 1994 Timoner’s commitment to filmmaking was total, and she, along with her brother David, founded Interloper Films, a production company based in Pasadena, California.

Timoner reiterates, “Giving voice to the voiceless is what married me to documentary … making sure that we hear the truth and question the truth.” But that marriage is contingent on good storytelling, and Timoner never loses sight of the story. In drawing comparisons between documentary making and feature films she elaborated, “I’ve always made narrative films, with a forward momentum.” In the case of Dig! Timoner had over 5,000 hours of footage shot over a period of seven years recording the careers and the love-hate relationship between the alternative rock bands The Dandy Warhols and The Brian Jonestown Massacre. Serving as producer, director, and editor gave Timoner complete control of carving out the story essentials, like a sculptor removing stone to reveal the creative core of the work.

In When Genius and Insanity Hold Hands, a 2014 Tedx Talk Timoner gave in Kansas City, she tells a cautionary tale about the often self-destructive nature of creativity. Using the life of the brilliant internet entrepreneur Josh Harris as an example, whose rise and fall she documents in We Live in Public (soon to be a feature film directed by Ben Stiller and starring Jonah Hill), Timoner explains how the camera acts as a bridge, giving her permission to ask questions and enter worlds created by “impossible visionaries” like Harris. Timoner clearly identifies with her subjects when she declares, “The work I am able to do with the camera is like alchemy.”

A Total Disruption (ATD) is an ongoing web-based film series founded by Timoner celebrating those risk-taking entrepreneurs who ride the line between genius and madness. Obey the Artist, a short film produced for ATD featuring American street artist, activist, and designer Shepard Fairey premiered at the SXSW film fest in 2014. Timoner hopes that these stories about “those crazy enough to defy all limits to turn their big ideas into reality” will “unlock the hidden innovator inside us all.” 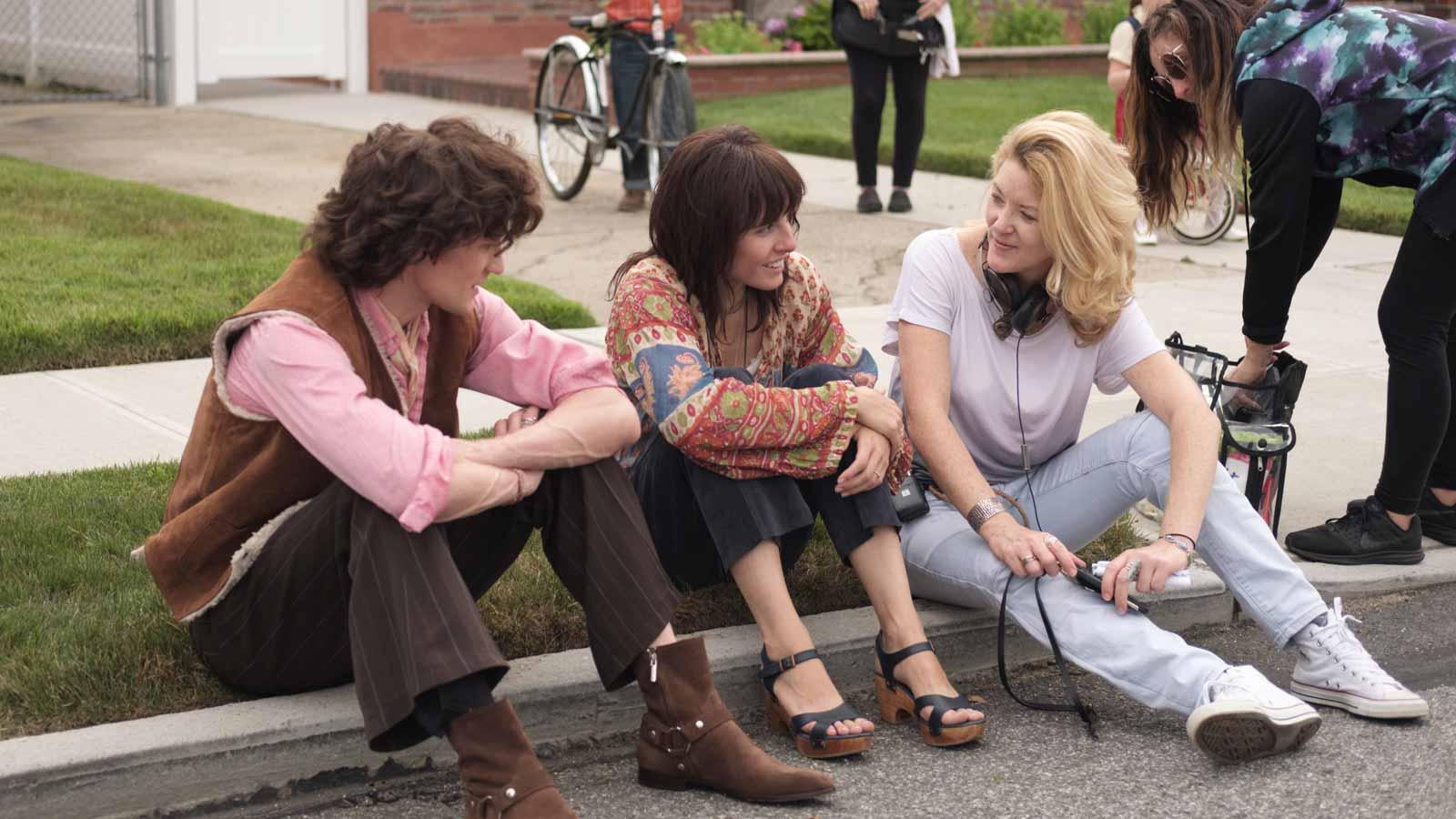 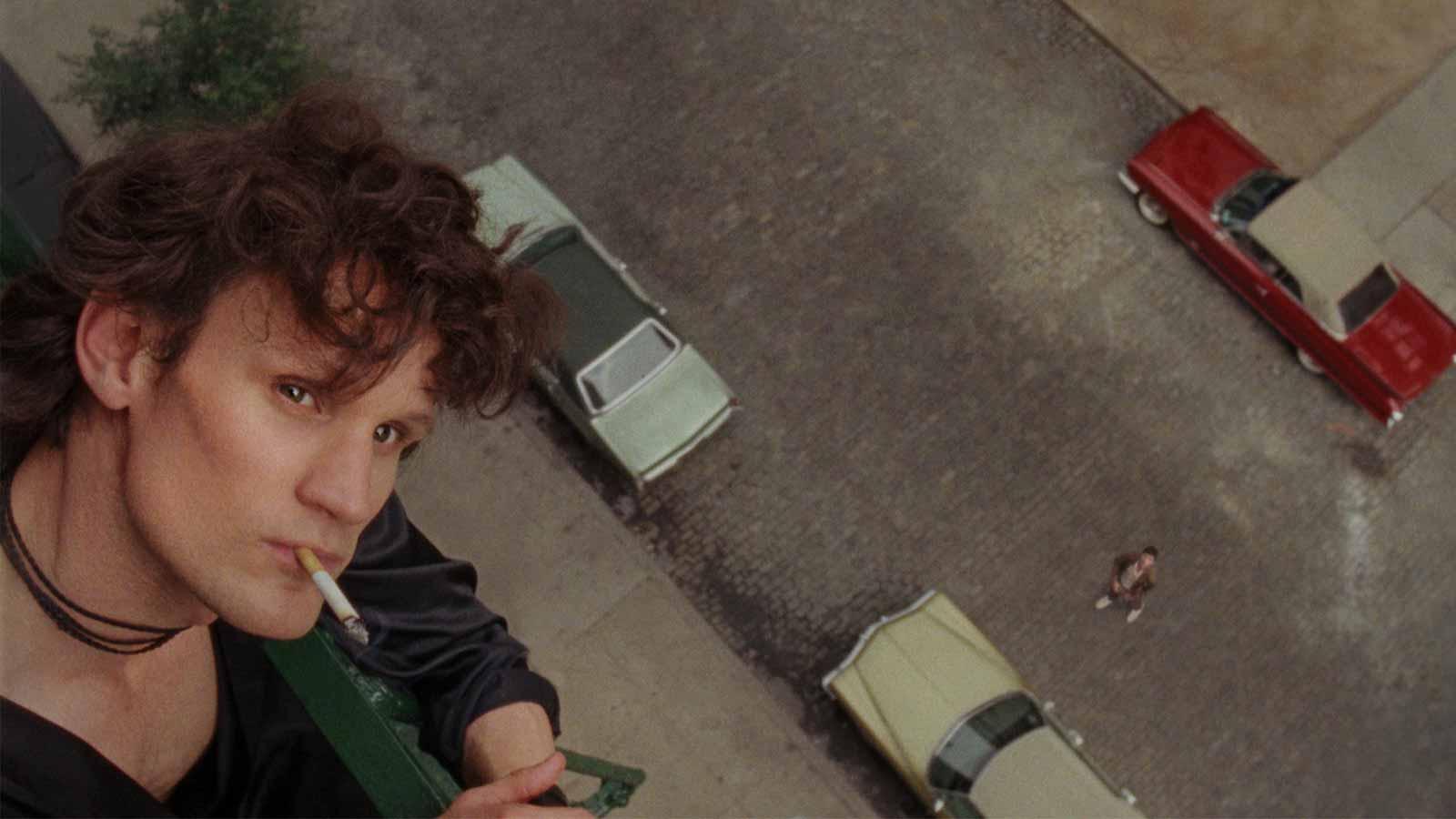 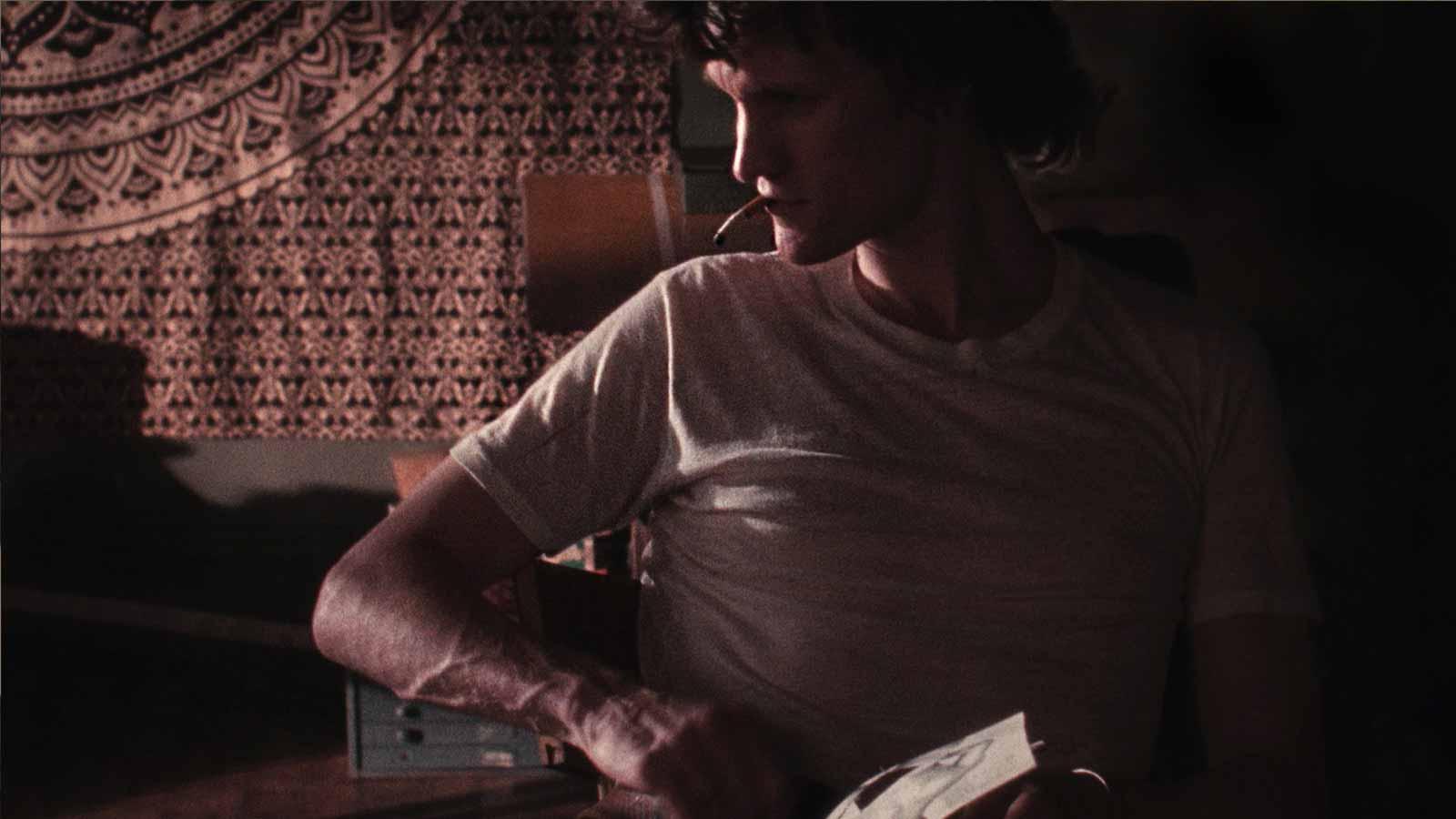 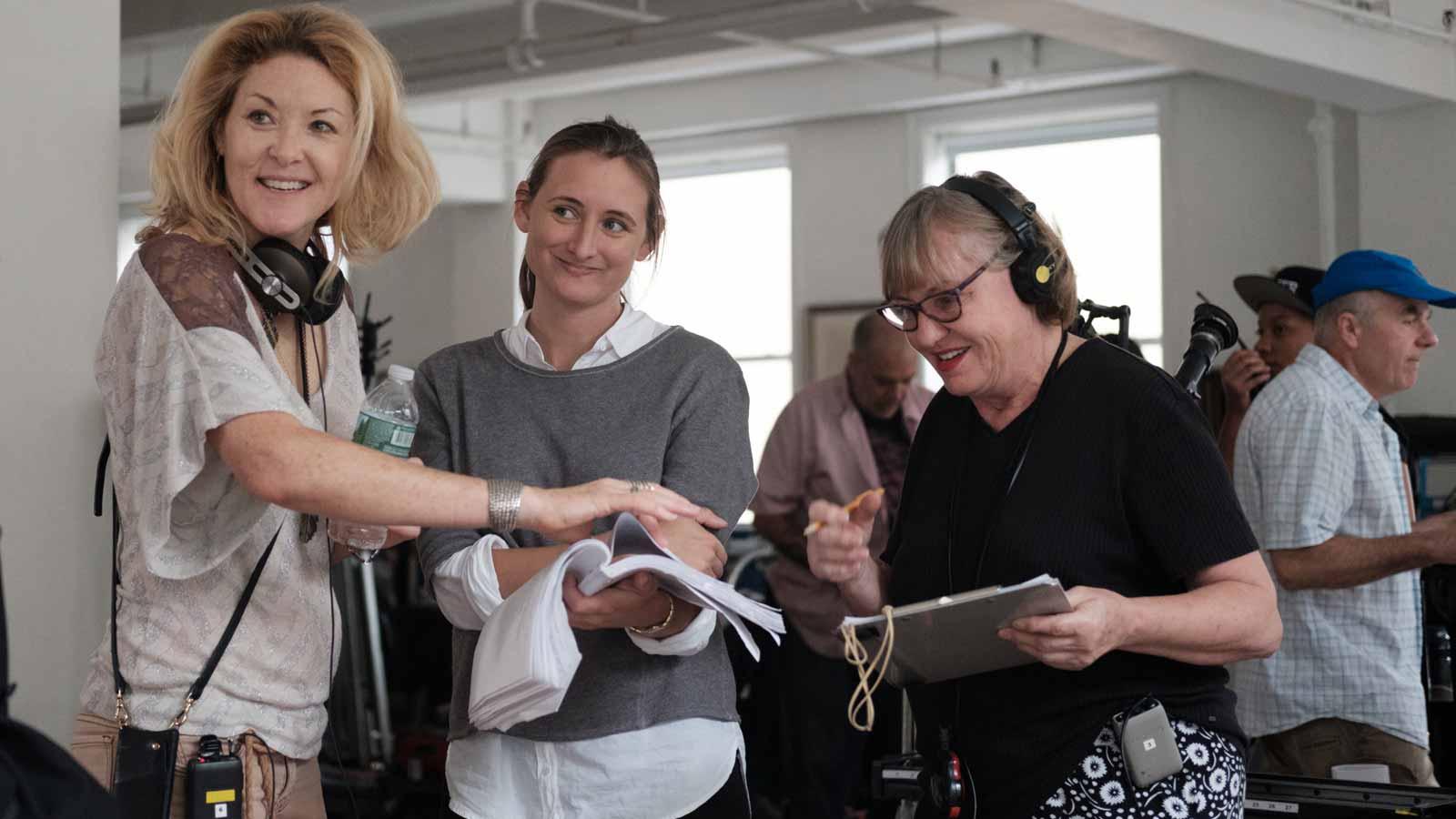 Ondi Timoner on the set of Mapplethorpe 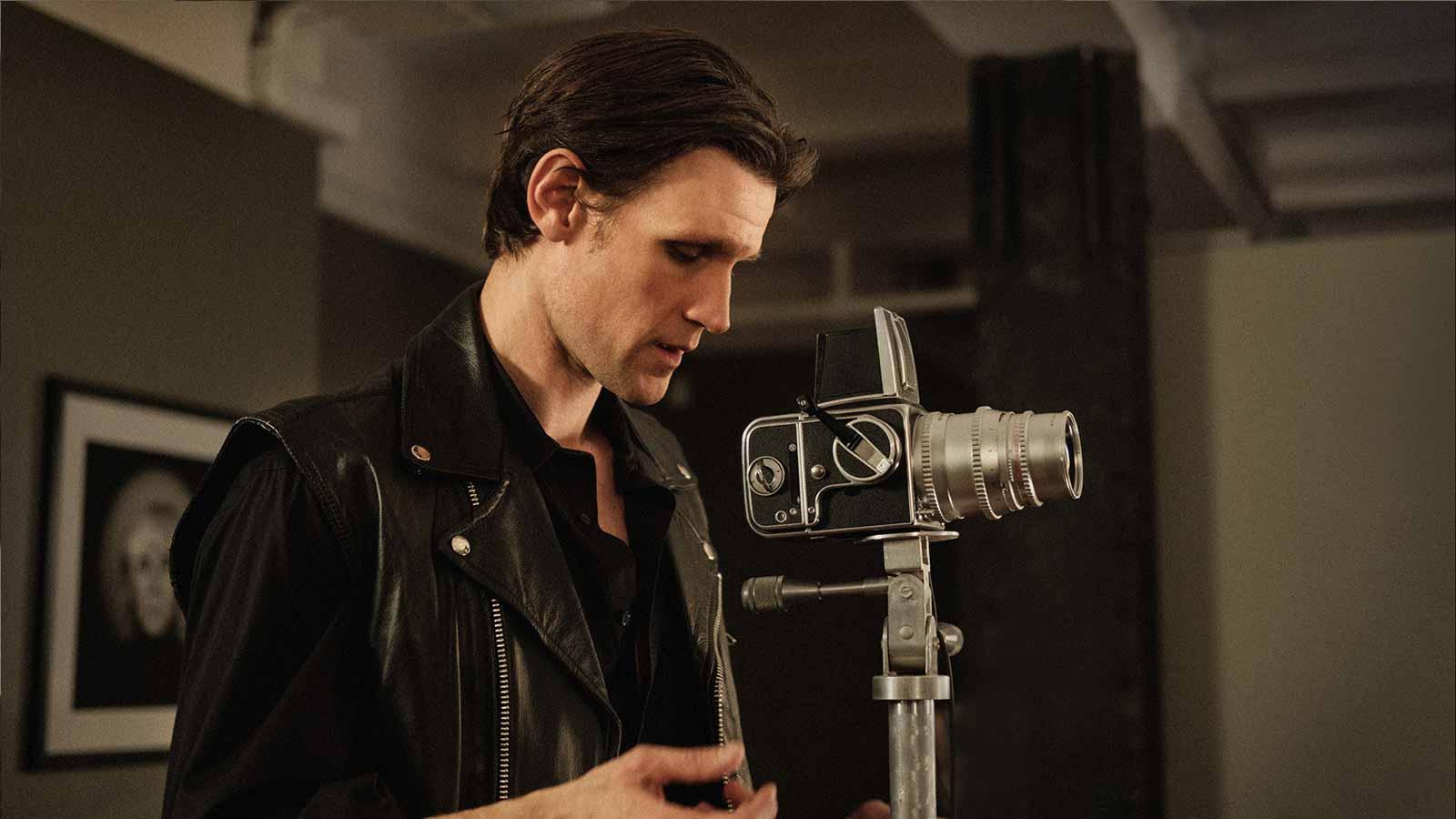 Having long told the stories of troubled, creative geniuses, Timoner knew that capturing the complexities of Robert Mapplethorpe as a three-dimensional character would not be an overnight thing. She wrote more than fifty-eight drafts of a script over the course of twelve years. A key turning point in the making of the film came when she attended the 2010 Sundance Screenwriters and Directors Lab. Having been a documentary star at Sundance in prior years could have worked against Timoner’s foray into feature film making, but her conviction that she did not want to review Mapplethorpe’s life documentary style was strong. Several documentaries had been made since the artist’s death and Timoner did not want to add to the list. She received an Annenberg Film Fellowship Grant in 2011, her first major funding for the film. Timoner says she “was interested in bringing Mapplethorpe alive” rather than creating a post mortem eulogy. The Robert Mapplethorpe Foundation also lent its enthusiastic support.

Once the funding was secured and the casting commitments signed, Timoner had nineteen days to shoot the film in thirty-five locations across NYC. Matt Smith fully embodies Mapplethorpe, embracing his driving ambition, his far-ranging sexual proclivities, and his complicated relationships with Patti Smith (played by Marianne Rendón) and Sam Wagstaff (John Benjamin Hickey). Smith's portrayal of Mapplethorpe’s tortured connection to his Catholic parents and his treatment of his photographer/brother Edward is particularly devastating.

The power of sex and a celebration of the beauty of the human body found in dark places was Mapplethorpe’s salvation and his destruction. He died of AIDS in 1989 at the age of forty-two. Following a yearlong festival run, Mapplethorpe opened in theaters on March 1, 2019, a perfect complement to Implicit Tensions, the year-long exhibition at the Guggenheim dedicated to Mapplethorpe.