Paul Klee was a force to be reckoned with in modern art. Noted for its highly unique, personal style, his work combines elements of expressionism, cubism, and surrealism. Heavily influenced by Picasso and his friend Wassily Kandinsky, the playful nature of his works belie the fact that he was a scholar who lectured and wrote on color theory and other subjects. Much of Klee’s work is said to reflect the inner child in him, and he brought wit, humor, and even political commentary into much of his work. 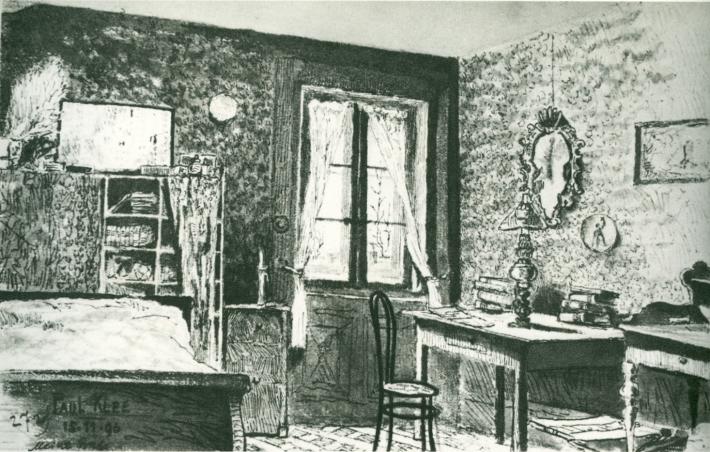 Klee was born to Hans Wilhelm Klee, a German music teacher, and Ida Marie Klee (née Frick), a Swiss singer, in Münchenbuchsee, Switzerland. Under Swiss law at the time, citizenship was based on paternal citizenship, and thus Klee was considered German.

Klee came from a musical family and that had a profound effect on both his early childhood and later work. From a young age Klee played the violin, and became so good at the instrument that he was asked to play as an extraordinary member of the Bern Music Association.

During his teenage years, Klee gravitated toward visual art, stating, “I didn’t find the idea of going in for music creatively particularly attractive in view of the decline in the history of musical achievement.” 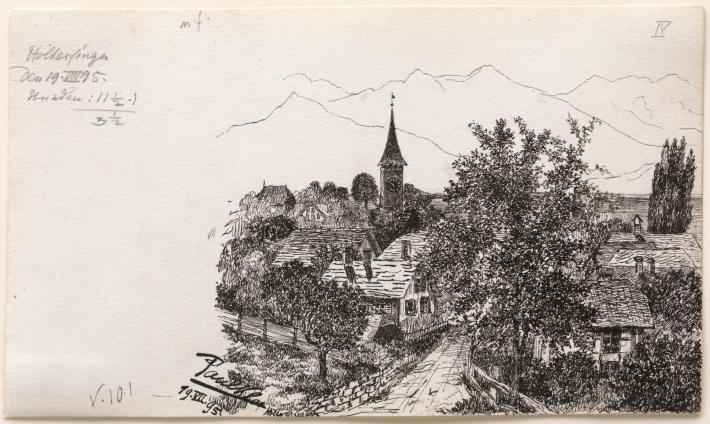 Though his parents were not keen on the idea at first, Klee was eventually allowed to study at the Academy of Fine Arts in Munich, learning under the tutelage of artists like Heinrich Knirr and Franz von Stuck. Though he would become renowned for his understanding and usage of color in his work, Klee initially struggled with painting. He was much more successful at drawing, and later recalled, “During the third winter [at the Academy of Fine Arts] I even realized that I probably would never learn to paint.”

During his time in Munich, Klee was said to be something of a philanderer. In 1900, he had a son out of wedlock, but the son died just weeks after being born. Klee would go on to marry a different woman, Bavarian pianist Lily Stumpf, in 1906, and the two shared a single son, Felix Paul Klee.

In many ways, Klee’s story is inspiring as much for its failures as its successes. The fact that he hit his stride as an artist well into his thirties is a good lesson for those aspiring to achieve a career as an artist, or any field with a degree of trial and error. Shortly after having a child, Klee had an unsuccessful short-lived career as a magazine illustrator. 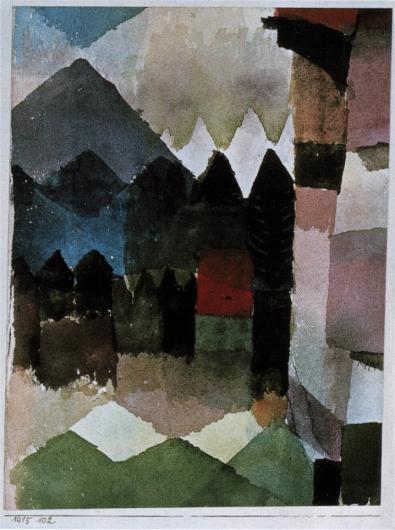 After sixteen years of training as an artist with mixed results, a 1914 visit to Tunisia is credited for awakening Klee’s sense of color. During the trip to North Africa he famously stated, “Color and I are one. I am a painter.” It was also this trip that directed his work towards the abstract.

Klee fought for Germany in World War I, from 1916 to 1918. Mostly confined to a desk job, Klee was able to work during the war and actually established himself as something of a cult figure during this time period with young artistic minds. 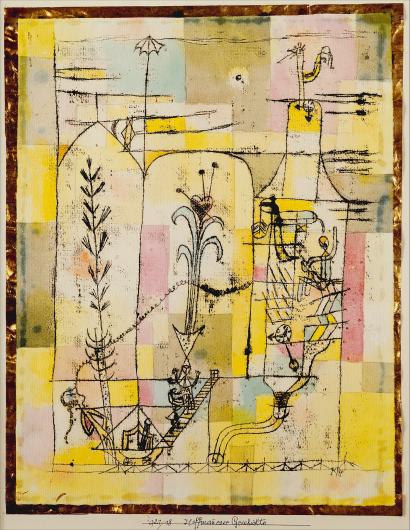 After the war, Klee taught at the famous Bauhaus from January 1921 to April 1931. In addition to painting classes, Klee offered workshops in stained glass painting and bookbinding. This was also perhaps Klee’s most prolific period of work, where he was recognized as a member of Die Blaue Vier (The Big Four) along with Lyionel Feininger, Alexej von Jawlensky, and close friend Wassily Kandinsky. The foursome would go on a lecture tour of the United States in 1925. 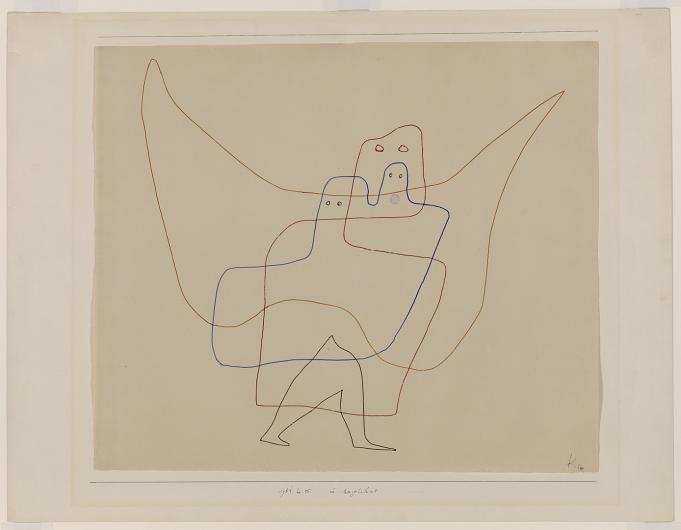 In 1931, the Nazis shut down the Bauhaus. Klee assumed a position at Dusseldorf Academy for two years but was criticized by a local Nazi newspaper that wrote, “...Klee comes onto the scene, already famed as a Bauhaus teacher… He tells everyone he’s a thoroughbred Arab, but he’s a typical Galician Jew.”

In response to the newspaper’s antisemtic candor, Klee wrote to his wife in a letter, “It seems unworthy of me to undertake anything against such crude attacks. For even if it were true that I am a Jew and came from Galicia that would not affect my values as a person or my achievement by an iota.”

Shortly thereafter, Klee fled the Nazi regime to Bern, Switzerland, the country in which he resided for the rest of his life. Much of his written work back in Germany was burned.

Klee developed a condition in Switzerland that made it difficult for him to swallow. It would be diagnosed after his death as scleroderma, an autoimmune disease that attacks the skin, blood vessels, muscles, and internal organs. Though he was not painting as much, the work he was creating began to reflect this challenging battle with the disease, which took his life in 1940. Though he had been lobbying for Swiss citizenship for years—and he was rejected in part because even the Swiss government found his work controversial—it was only granted to him six days after his death.

Klee’s legacy is formidable, as he is widely recognized as one of the most influential German painters of his era. In 2005, the Paul Klee Centre was opened in Bern, and the museum is host to 14,000 works and artifacts from his life.