5 Famous Artists Who Were Jerks

From anti-semites to abusers, this list is full of truly disheartening facts about artists who made some of the most beautiful work. There has long been an association between caustic temperaments and creative genius. But is this just an excuse developed by said jerks to get away with, quite literally in some instances, murder? Whether legitimate or not, these five artistic icons embody this association remarkably well. 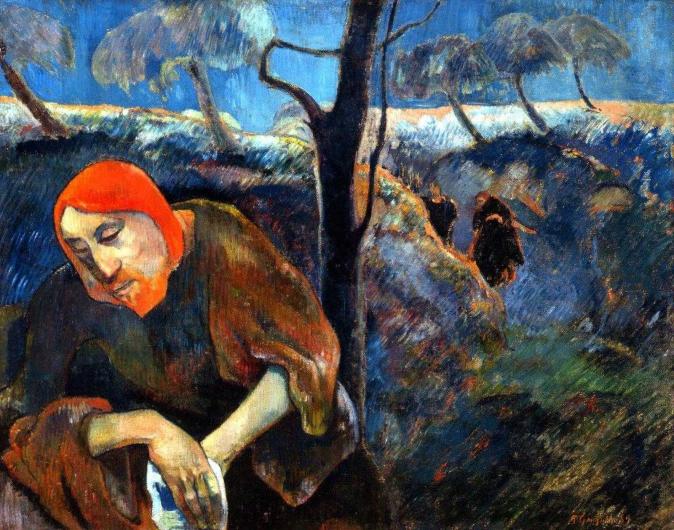 Paul Gauguin, Christ on the Mount of Olives, 1889. Oil on canvas. Norton Museum of Art.

The artist Paul Gauguin left his family—consisting of his wife and five children—to pursue art. Infatuated with Polynesian culture, he referred to the people as bon sauvages, and pursued them and their living spaces which he saw as paradise. The artist struggled to maintain friendships and often compared himself to Jesus, equating their suffering more than once. He even painted Christ with his own facial features. A preliminary example of this lies in his 1889 painting, Christ on the Mount of Olives. 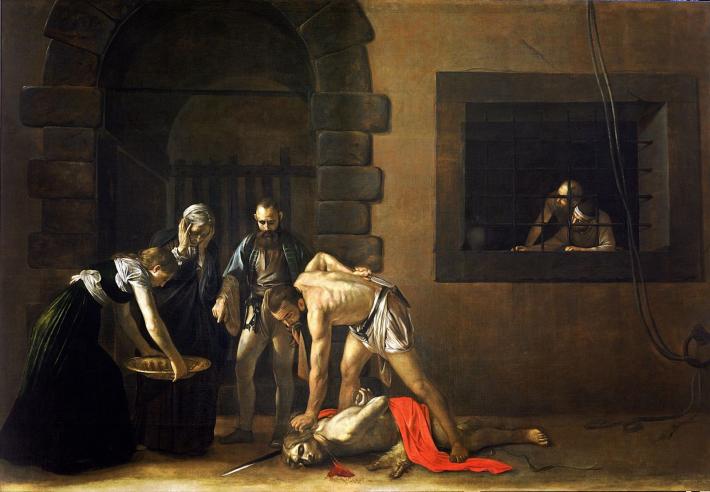 The Italian painter Caravaggio, born Michelangelo Merisi, is one of the rare artists whose art is very similar to his life. Known for his dramatically lit, realistically rendered, and viscerally violent religious paintings, the artist led a volatile and bloody existence. At the peak of his career in Rome, between 1599 and 1606, he committed violent assault and murder. This led him to flee the city and spend the rest of his rather short life as a fugitive from the law. Unlike some of the artists mentioned here, Caravaggio’s violence is well-known and has long been viewed as key to the artist’s biography. 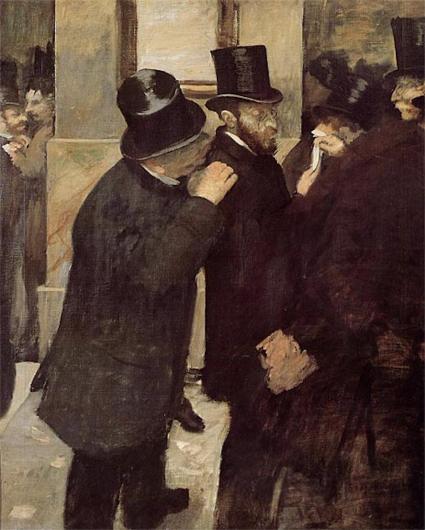 Degas has been quoted multiple times, calling women animals. His nude studies were purposefully voyeuristic—this is why he often depicted them dressing, undressing, and naked. He was also anti-semitic. This came to light irrefutably during a high-profile court case that sparked protests within the liberal French avant-garde in 1894. When Jewish army officer Alfred Dreyfus was falsely convicted of treason, Degas distanced himself from his contemporaries and sided with the anti-semitic right. According to pioneering art historian Linda Nochlin, the artist also openly used anti-semitic caricatures and stereotypes in his painting Portraits at the Stock Exchange. 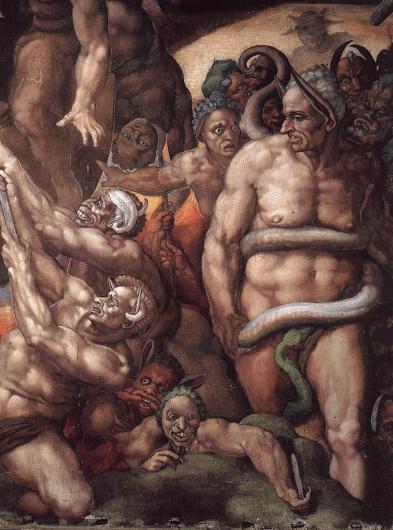 Michelangelo, a true man of the High Renaissance, struggled with a quick temper and a caustic disposition. The artist had a hard time maintaining friendships and working relationships. It seems he strove for perfection and refused to compromise. While working on the ceiling of the Sistine Chapel, he fired all of his assistants and wound up completing the project alone. He was also involved in several feuds with his contemporaries including Da Vinci and Raphael. When Biagio da Cesena, the papal master of ceremonies, criticized The Last Judgement—a wall fresco in Sistine Chapel—Michelangelo added the man’s features to the face of Minos, the judge of the damned in Dante’s Inferno, and his own to the flayed St. Bartholomew. This depiction of Minos also features donkey ears, a symbol of stupidity. 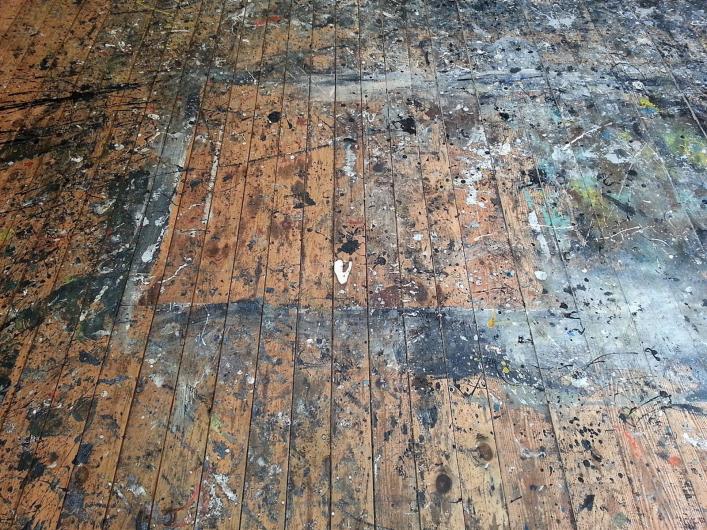 Jackson Pollock’s studio floor—and primary painting surface from 1946 until his death in 1956—of the Pollock-Krasner House and Study Center in Springs, New York.

Jackson Pollock was one of the most prominent artists of the Abstract Expressionist movement. He also had a volatile personality and violent tendencies that were exacerbated by alcoholism. A self-destructive creative, Pollock’s behavior took a toll on his wife, the artist Lee Krasner. When their relationship began, in the early 1940s, Krasner became his caretaker in terms of both life and career. By the late 1950s, his drinking had worsened. He engaged in open infidelity with another artist by the name of Ruth Klingman. Pollock died in a car crash while driving under the influence. Klingman was with him but survived the accident.