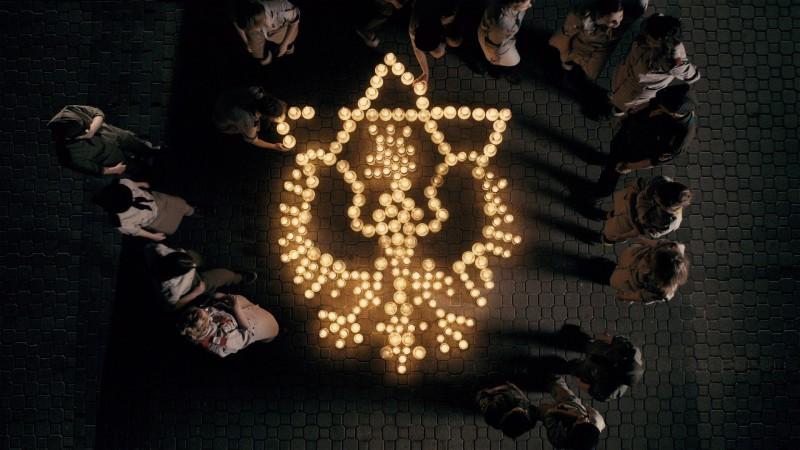 Still from "Zamach (Assassination)," 2011, by Yael Bartana. From the trilogy "And Europe Will Be Stunned." (Collection of both the Philadelphia Museum of Art and Walker Art Center, Minneapolis; purchased by the PMA with funds contributed by Nancy M. Berman and Alan Bloch and the Philip and Muriel Berman Foundation, and the Committee on Modern and Contemporary Art; and purchased by the WAC, T. B. Walker Acquisition Fund, 2013). 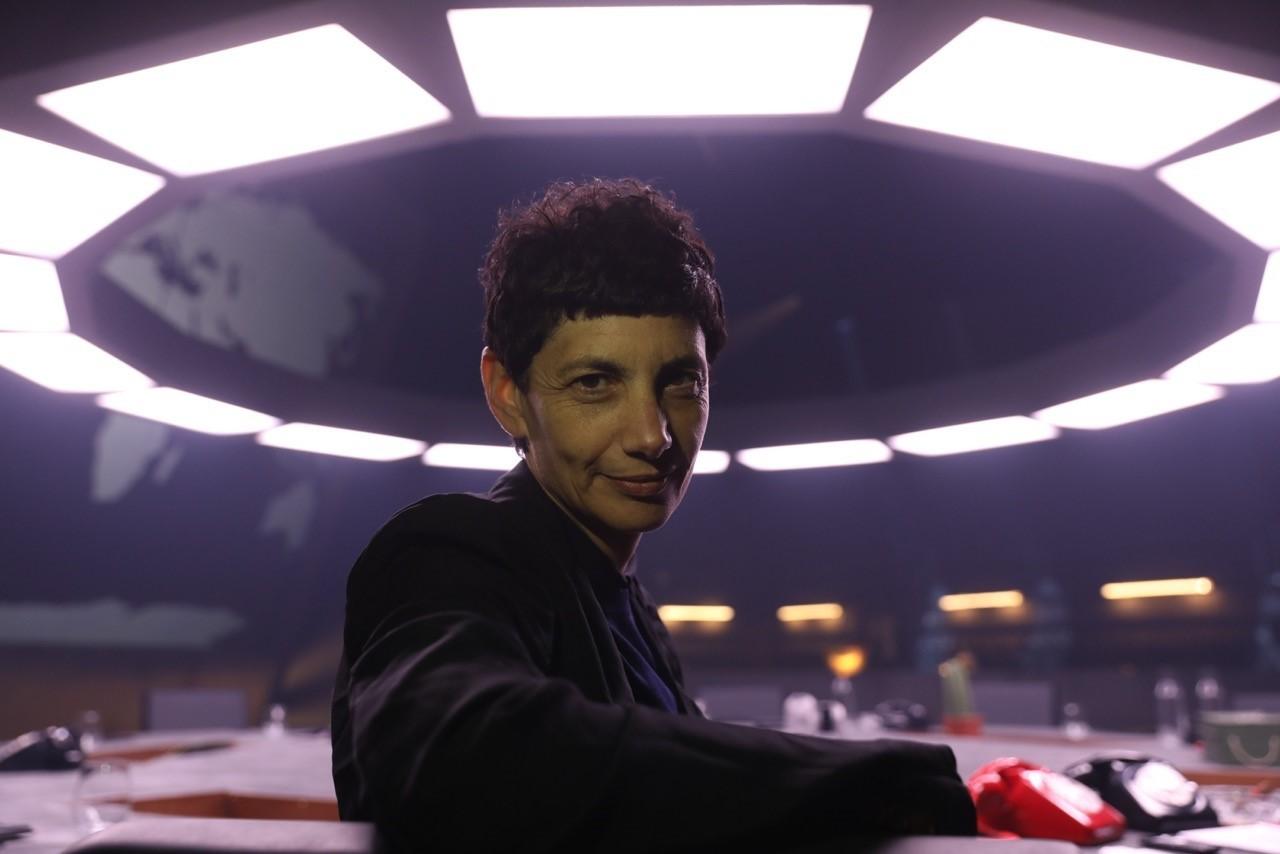 Photo by Birgit Kaulfuss. Image courtesy of the artist and Philadelphia Museum of Art, 2018.

This fall, the Philadelphia Museum of Art will premiere Bury Our Weapons, Not Our Bodies!, a new site-specific public performance by acclaimed Israeli-born artist Yael Bartana. Scheduled to take place on September 22, 2018 at the Independence National Historical Park in Philadelphia, this performance will be presented as part of a solo exhibition at the Museum dedicated to the artist’s provocative film trilogy, And Europe Will Be Stunned (2007-2011). Marking its Philadelphia debut, this trilogy will be an immersive installation in the Joan Spain Gallery of the Museum’s Perelman Building from September 21, 2018, through January 1, 2019.

Taking the complex history of Jewish-Polish identity as its point of departure, And Europe Will Be Stunned addresses the themes of nationhood, memory, and belonging that are integral to Bartana’s work. It first debuted at the Venice Biennale in 2011, where Bartana represented Poland. Shortly thereafter, the trilogy was jointly acquired by the Museum and the Walker Art Center in Minneapolis. Employing a visual vocabulary reminiscent of Stalinist and Zionist propaganda of the early 20th century, And Europe Will be Stunned chronicles the radical program of a fictional political movement called the Jewish Renaissance Movement in Poland (JRMiP). Created by Bartana, together with Polish activist Sławomir Sierakowski, the JRMiP advocates for the return of over three million Jews to their forgotten Polish homeland. Informed by the histories of the Israeli settlement movement, Zionism, anti-Semitism, and the Palestinian right of return, the trilogy uses the real and the imagined to speak to global complexities about identity and self-determination in an increasingly unstable world. 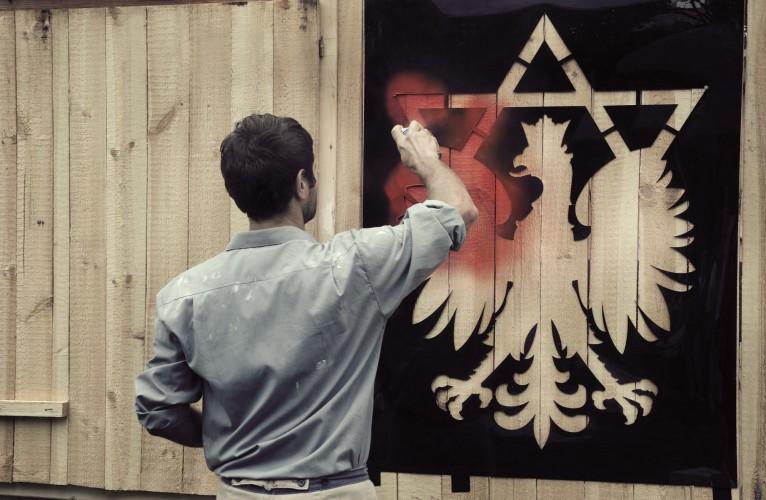 Still from "Mur i wieża (Wall and Tower)," 2009, by Yael Bartana. From the trilogy "And Europe Will Be Stunned." (Collection of both the Philadelphia Museum of Art and Walker Art Center, Minneapolis; purchased by the PMA with funds contributed by Nancy M. Berman and Alan Bloch and the Philip and Muriel Berman Foundation, and the Committee on Modern and Contemporary Art; and purchased by the WAC, T. B. Walker Acquisition Fund, 2013).

Beyond the walls of the Museum, Bartana will realize Bury Our Weapons, Not Our Bodies! as a means of extending the themes of the artist’s trilogy into the birthplace of American democracy – Philadelphia. Bartana’s performance is a call to action, aiming to make visible the systems of violence and displacement that have been perpetuated through weapons, both literal and symbolic. As the title suggests, the performance will bury these weapons, rendering them useless, as they are incorporated into a choreographed funeral—a living monument—that will include a staged procession and a collective eulogy about war and survival. The movements of the performers are inspired by those of Israeli artist and dance composer Noa Eshkol (1924-2007), specifically evoking Eshkol’s 1953 memorial assembly performed in remembrance to the Holocaust. Bringing together funerary tradition, military ritual, and personal testimony, Bartana’s new performance will deepen the artist’s investigations into the construction of memory and the aesthetics of national identity.

Amanda Sroka, Assistant Curator of Contemporary Art, said: “Yael Bartana’s work resonates across geographies and time to speak to urgent issues of today including citizenship and gun violence. Presented both in the city and at the Museum, Bartana’s performance and trilogy of films remind us of the power of art to serve as a catalyst for change and to inspire new forms of imagination both inside and outside our walls.”

Born in 1970 in Kfar Yehezkel, Israel, Yael Bartana lives and works in Berlin and Amsterdam. In her films, installations, and photographs, Bartana investigates the ideas of homeland, return, and belonging, often in ceremonies, memorials, public rituals, and actions that are intended to reaffirm and question collective identities and ideas of the nation or the state. Educated in Israel, New York, and the Netherlands, Bartana has exhibited worldwide, and her works are represented in collections including those of the Museum of Modern Art, the Guggenheim, Tate Modern, Centre Georges Pompidou, and the Tel Aviv Museum of Art. Her works have been represented in the São Paulo Biennial (2014), the Berlin Biennial (2012) the Venice Biennale (2011), dOCUMENTA in Kassel (2007), and Manifesta in Frankfurt (2002). Among the museums that have presented solo exhibitions of her work are the Musée cantonal des Beaux-Arts, Lausanne (2017), the Banff Centre, Alberta (2016), the Stedelijk Museum, Amsterdam (2014), Secession, Vienna (2012), the Louisiana Museum of Modern Art, Humlebaek (2012), the Tel Aviv Museum of Art (2012), the Moderna Museet, Malmö (2010), MoMA PS1 (2008), and the Kunstverein Hambourg (2006).