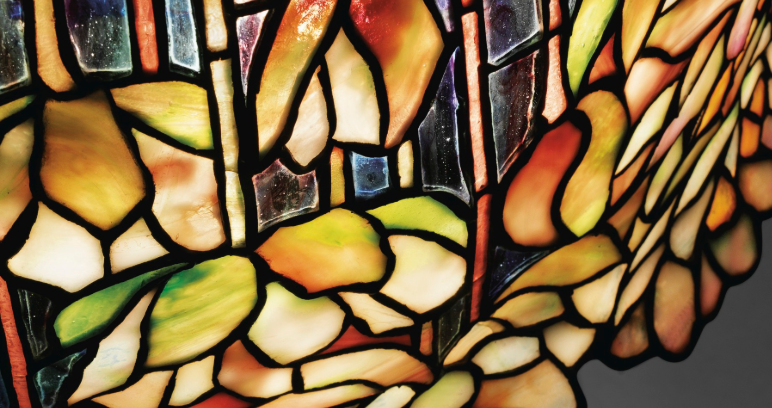 Tiffany lamps never go out of fashion, fetching anywhere from $4,000 to a record $2.8 million. But the most sought after of the delicate art nouveau stained-glass lamps are those bearing a floral motif. And the most sought after floral-motif Tiffany lamp is the 1903 Pond Lily, if auction figures are any indication, having just fetched $3,372,500 at Christie’s Design auction on Dec. 13, establishing a new record for the studio of Louis Comfort Tiffany. 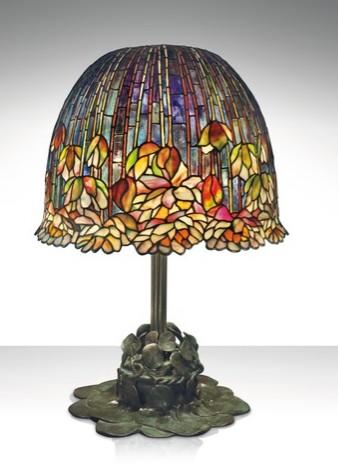 The benchmark price beats the previous 1997 record of the Pink Lotus lamp, which drew $2.8 million, crushing the Pond Lily’s previous 1989 record of $550,000, a world record at the time for any work by Tiffany Studios. For Pond Lily’s second go-round at auction this week it was estimated to draw between $1.8-$2.5 million.

“There are fewer than 14 examples known of this particular Pond Lily model, five of which reside in museum collections. So, there’s not that much precedence for valuing this particular model because it is so rare,” explains Christie’s Senior Design specialist, Beth Vilinsky as she accounts for the surprisingly high sales price. “It’s an extremely rare opportunity to acquire a piece of this rarity and magnitude. This lamp has not been on the market since 1989. And the market really hadn't been tested for a lamp of this particular caliber.”

The lamps are the product of Tiffany Studios, which began in New York City in 1895 and carried on through the 1920s. The pieces are identified by their bronze bases and “confetti glass,” which contain a variety of hues often mixed into a single shard. Pond Lily is the preferred “globe” shaped shade of the two flower categories, the other being conical. Varicolored stems stream down from the top, erupting in a riot of petals at the bell’s skirt. 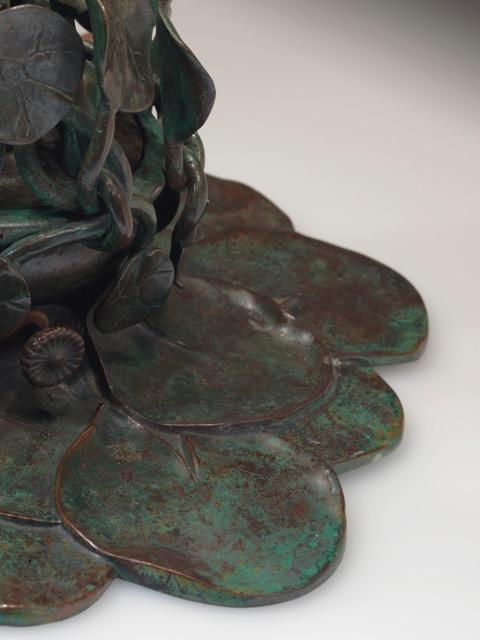 “The shape of the shade is extremely rare. It's an incredibly difficult thing to execute. Even when it was sold by Tiffany it was on one of the rarest and most difficult globes to produce. It was one the most expensive works by Tiffany even at the time of production,” says Christie’s Head of Design, New York, Daphne Riou. “This particular example, the glass selection is extraordinary compared to other examples. The blues and violets and base colors are very intense and striking. The petals in the flowers have some pinks and greens and oranges that are also very vivid compared to other examples.”

Long believed to be the work of Louis Comfort Tiffany himself, whose shop specialized in stained glass, most of his beloved lamps are the work of an artist named Clara Driscoll on Tiffany’s design staff.

Christie's Design auction totaled $8,493,125, with Pond Lily leading the way, along with Canard aux Nenuphars, a 1991 three-part centerpiece by Francois-Xavier Lalanne that sold for $250,000. Not to be outbid, the 1902 “rare and important urn” by Frank Lloyd Wright closed at $576,500. “Earlier on we had Pond Lily on view in front of Monet’s Water Lilies painting, and in this room it was a masterwork among masterworks,” says Riou, elated at the auction results. “From Tiffany, it is one of the best works you can find.”